Fans line up to meet their favorite NFL mascots at Disney Springs Marketplace in front of World of Disney. 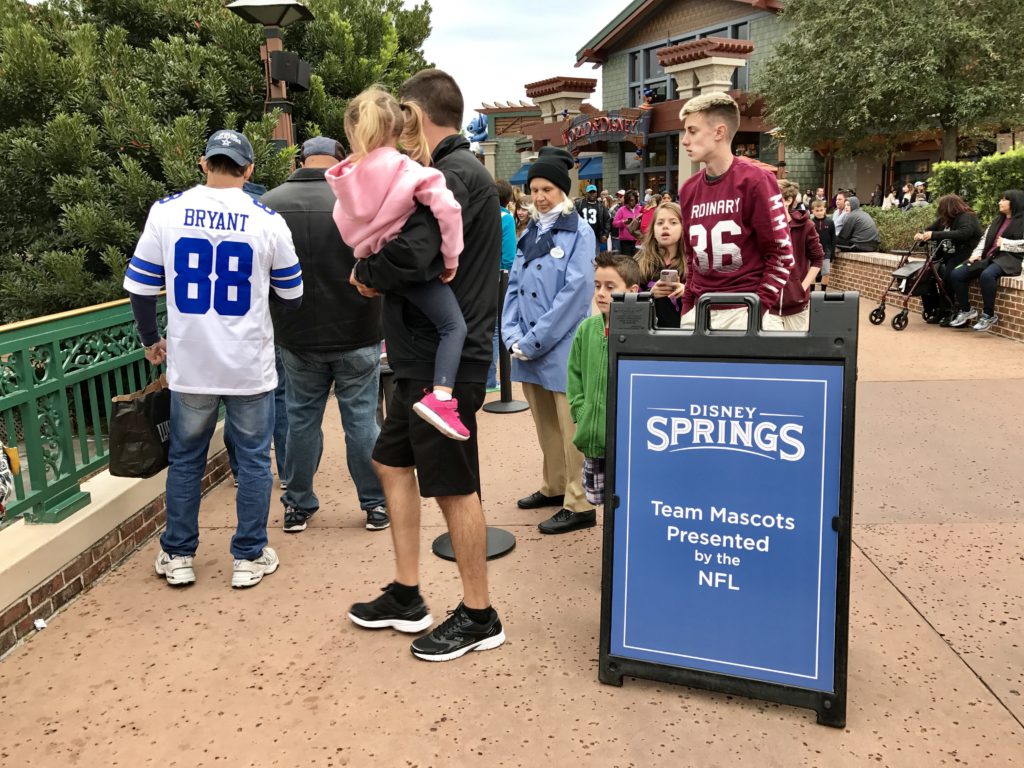 Fans meet the Carolina Panthers mascot Sir Purr and Staley Da Bear from the Chicago Bears in front of the Marketplace Stage. 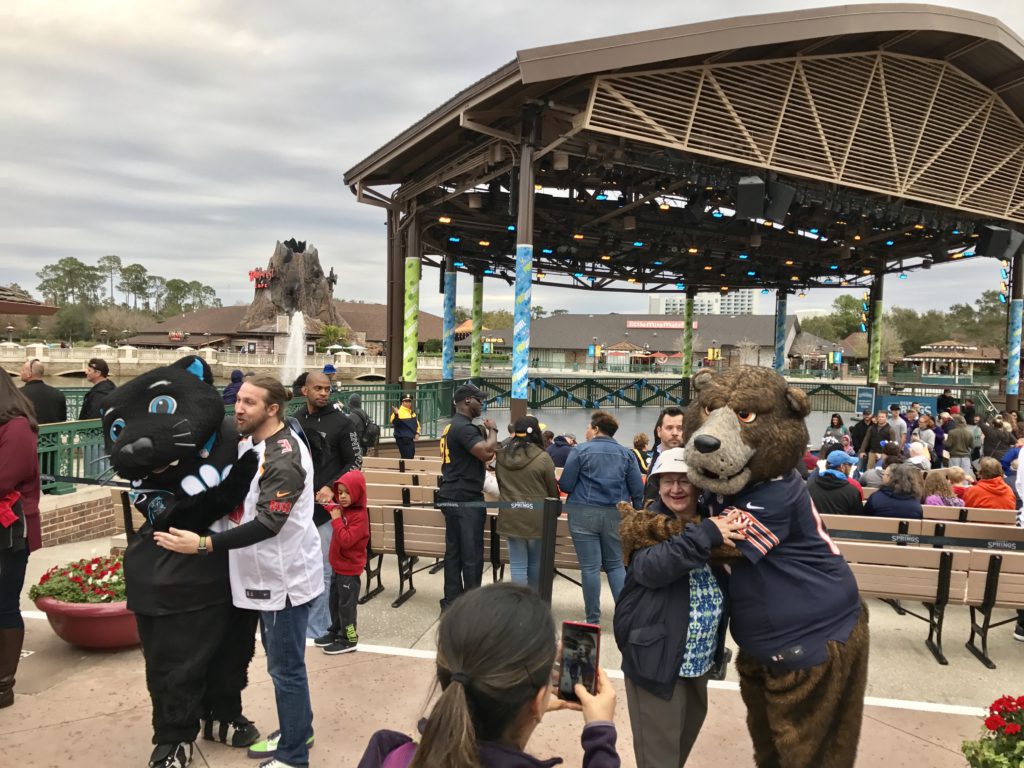 Fans at the dance party represent nearly everyone of the NFL’s 32 teams. 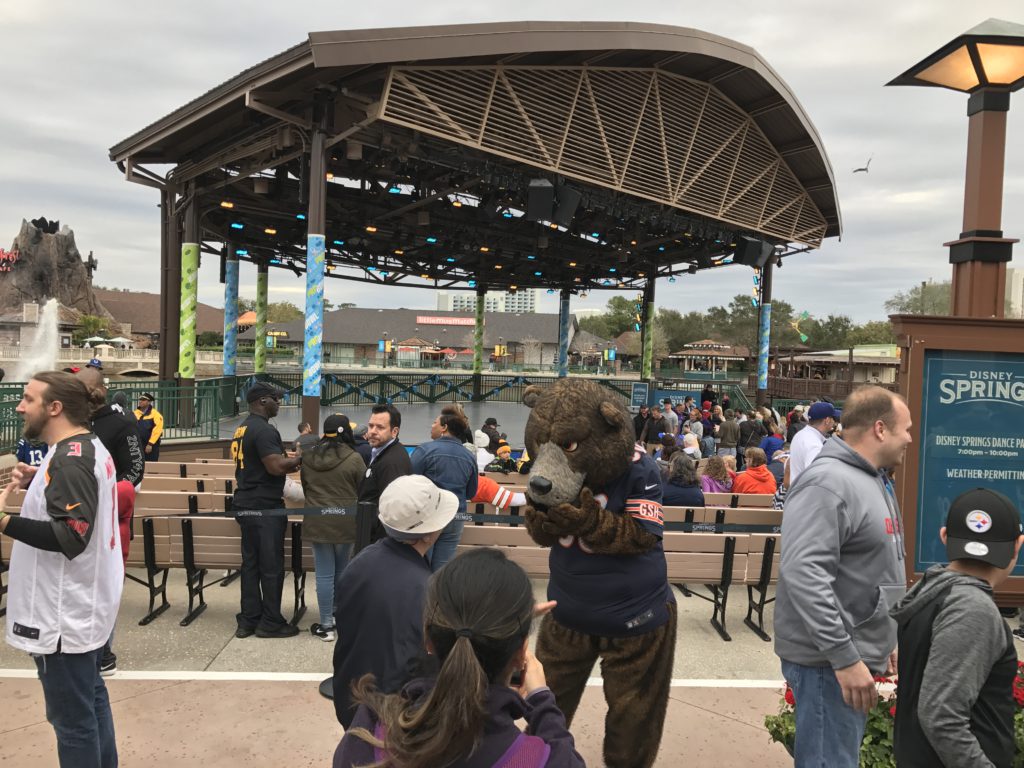 There is a food truck offering pizza for guests attending the Pro Bowl Bash. 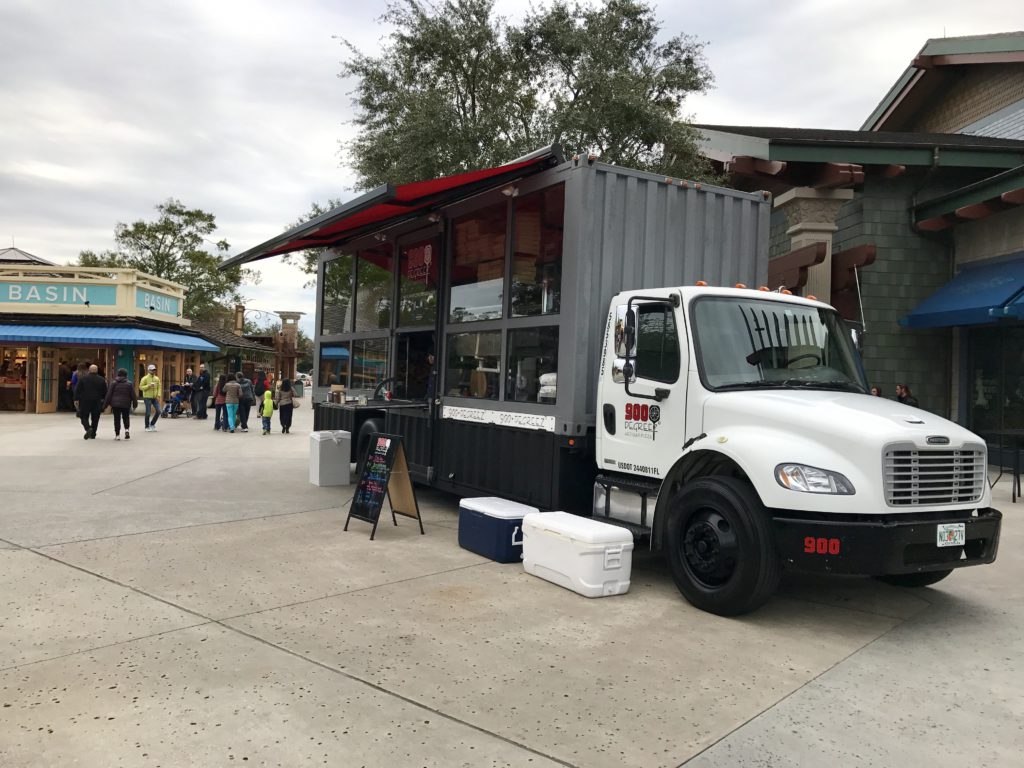 Even the soon to open Paddlefish has gotten into the fun. Don’t forget the location is expected to open February 4, just in time for the Super Bow. 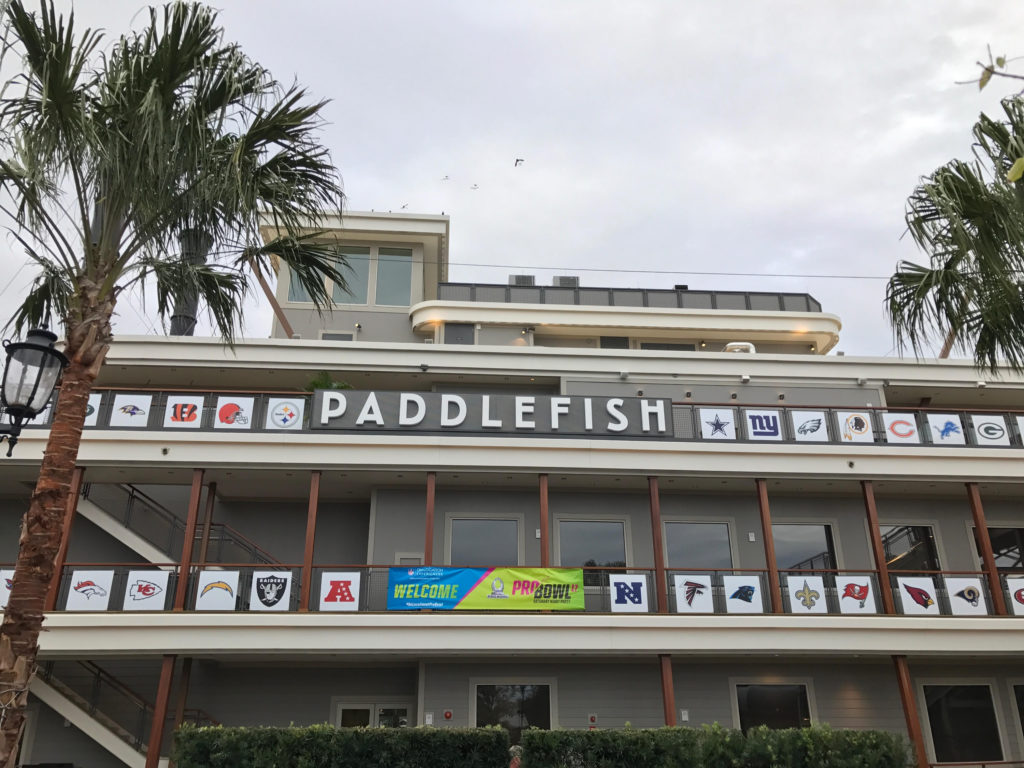 Don’t forget, you can watch the Pro Bowl live from Camping World Stadium in Orlando on ESPN at 8ET/5PT on Sunday, January 29, 2017.