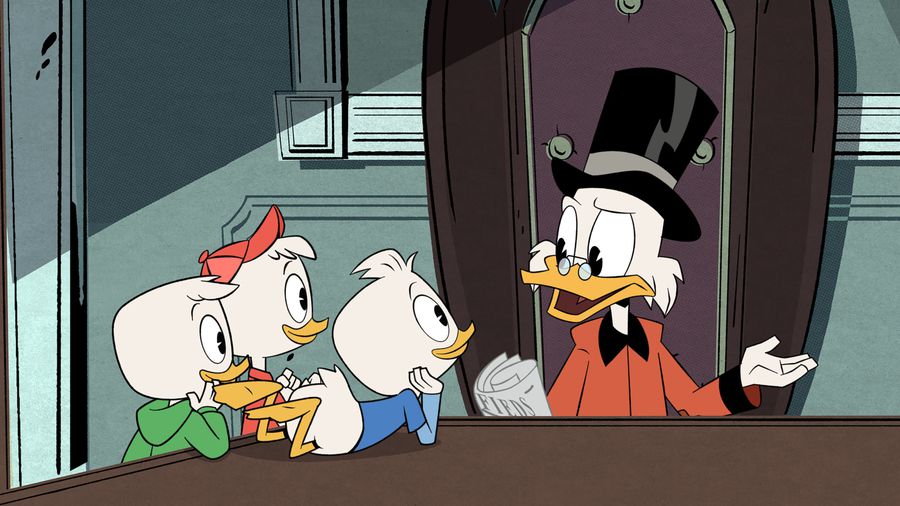 DuckTales was “my show” when I was growing up. The mix of Disney combined with action-adventure and humor was the perfect recipie for my five-year-old safe. As it became a cornerstone of The Disney Afternoon, it expanded by Disney horizons and played a major part into my life as a Disney fan.

Because of my history with the property, I was nervous and excited when Disney XD announced that they would be bringing DuckTales back. I was excited to get to experience new adventures, but nervous that they would ruin it. How many times have we been excited about a reboot or sequel from our youth, just to be disappointed? I would hate for something that means so much to me to come back as a shell of its former self. Or worse, taint the original masterpiece. 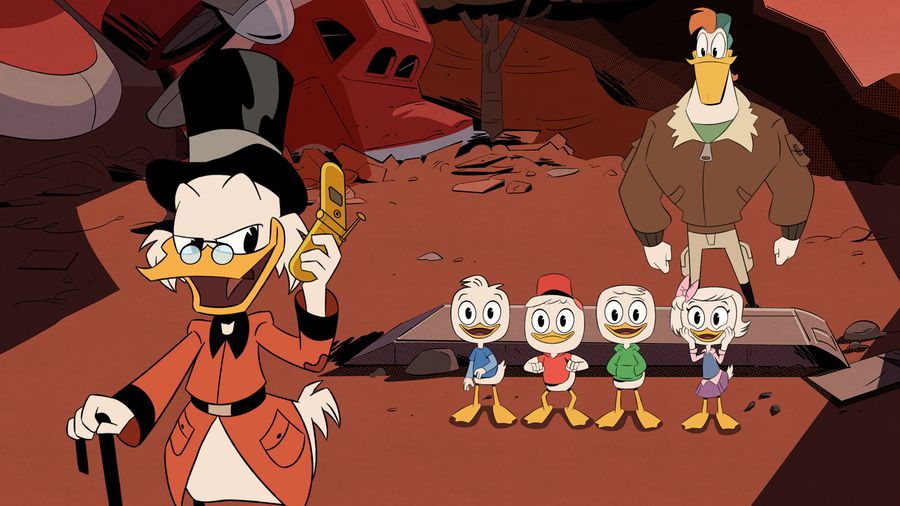 After watching the first hour of the new DuckTales, I couldn’t be happier. The show is smart in not trying to replicate the original, those times have passed. But it can’t be something it’s not either. It has to stay true to the original while also being new. This is a very difficult balance to maintain, yet DuckTales found the way.

I will be honest, it did take a bit to get used to the new voice talent and style. It definitely does not have that Disney Afternoon look, but by referencing DuckTales comic book origins, they are able to update the design while still making it feel as if it belongs. Also, you couldn’t help but notice the non-stop homages to Disney comic legend Carl Barks throughout the episode.

If Alan Young had not passed, I would have been upset at any attempts to replace him, but since the longtime voice of Scrooge McDuck is gone, I made peace that the richest duck in the world will have a new sound. David Tennant brings us a high-energy Scrooge that captures the Scottish brogue while also making the character his own. The nephews all have a new sound, too. This series makes the wise choice of giving Huey, Dewey, and Louie individual personalities. They don’t just have different colored outfits, but they also have unique perspectives and roles in the story. They are not interchangeable, so giving them three different voice actors makes sense.

The series, as is common these days, teases being part of a bigger universe. In the pilot, there were references to St. Canard (Darkwing Duck), Cape Suzette (Tale Spin), and Spoonerville (Goof Troop). And, spolier alert, it is teased that we will find out more about Donald’s sister.

Speaking of Donald, brining him into the series was a smart move. Having the classic Donald voice and characterization balances a show that has made several changes. This may not be the DuckTales that I grew up with, but I hope I am able to grow older with this iteration. Somehow it masters the balance of being familiar while being exciting and new.

This new DuckTales may be solving mysteries and rewriting history and I cannot wait for more. There are so many questions. Which other characters will we get to meet? Will we actually expand into the other Disney Afternoon series? Will we get to see classic characters like Magica De Spell?

My only advice, please bring back Duckworth. The show feels like it is missing something without his presence.