David Bossert is on a quest; a quest to locate, restore, and preserve lost works of animation — and he needs your help! The former Disney employee and author of the new book Oswald the Lucky Rabbit: The Search for the Lost Disney Cartoons has started a campaign on Patreon he hopes will allow him and other cinema fans to save these films for future generations to enjoy. Bossert says he was struck by the opportunities Patreon and similar sites offered for funding a goal of finding and restoring lost cartoons, saying “It was something that I kind of stumbled upon a few months ago and I thought to myself, ‘Wow, this would be a great way to get a lot of fans involved,’ because it’s really about economies of scale.” He added, “If you got 1,000 people to donate a dollar a month, that could be part of something.” 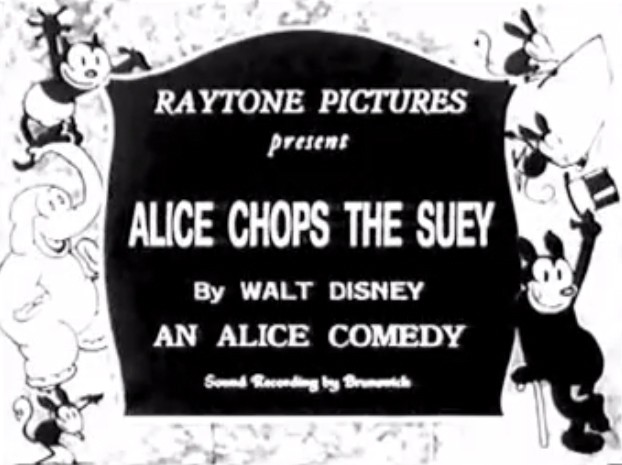 A still from the Alice Comedies short “Alice Chops the Suey”

While it’s still relatively early in Bossert’s campaign, it’s already found some exciting success. In fact, a minute of the Alice Comedies short “Alice’s Auto Race” — previously thought to be entirely lost — has been unearthed and is being restored. Bossert has even uploaded a short clip from the film to Patreon that donors can view. Additionally, he says he’s lined up Emmy-winning composer Mark Watters to score the short.

In a world where many crowdfunding efforts have been criticized for where funds ultimately end up, Bossert wants to assure donors that 100% of the money raised from the Patreon campaign will go toward finding, restoring, and scoring lost cartoons. From there, as Bossert explains, “Once they’re found, we have digital copies, we do restoration on them, we want to make sure that they get donated to the appropriate repository, and clearly I’d like to make sure a copy goes over to Disney, but also to the Motion Picture Academy here in Hollywood.”

Although Bossert and his team are spearheading this mission, make no mistake that this endeavor is a team effort. “That’s what I’m excited about here is that with just a little bit of effort and banding together people who appreciate this material, we can do a lot of good things and be able to find some of these cartoons,” Bossert said. He went on to say, “This is a completely independent effort that I’m undertaking… And if we get enough people together that care about this material, that want to see this stuff found and restored and music added to it, that to me, it’s sort of an altruistic effort that’s just good for the history of cinema, to be able to preserve some of these things for posterity.”

To join Bossert’s efforts to find, restore, and preserve lost cartoon, check out his Patreon campaign at Patreon.com/DavidBossert.