The Best Store of All: Finding the Disney Store 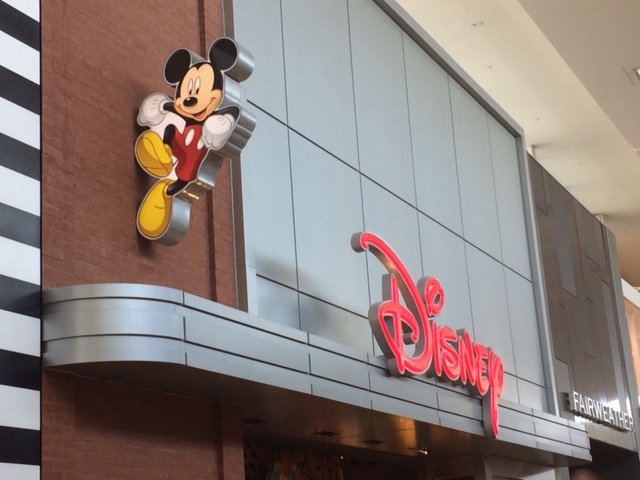 Although the city that I live in is big, it’s not big enough to have a Disney Store. How I wish that it would magically appear one morning at our mall so that I could always have a place to go to and just feel content — maybe even catch a little bit of Disney magic in my hometown.

Since I lack a Disney Store near my house, I search out a Disney Store everywhere I travel. I could be on the other side of the world, and I will still find a Disney Store. One of the highlights of my high school trip to Europe in 1999 was finding the Disney Store in Paris. They were even giving away maps to Disneyland Paris, which ended up being my best souvenir of that journey.

In the last two years, I have been to a grand total of eight versions of the Disney Store. The year we went to Myrtle Beach was fun, and the family enjoyed the time relaxing on the beach building sand castles, but when we found the Disney Outlet store at the Tanger Mall just fifteen minutes from our hotel, we spent the most amount of money for the trip buying Disney merchandise. I found the best Disneyland T-Shirt as well as a Tomorrowland movie t-shirt for a great price. 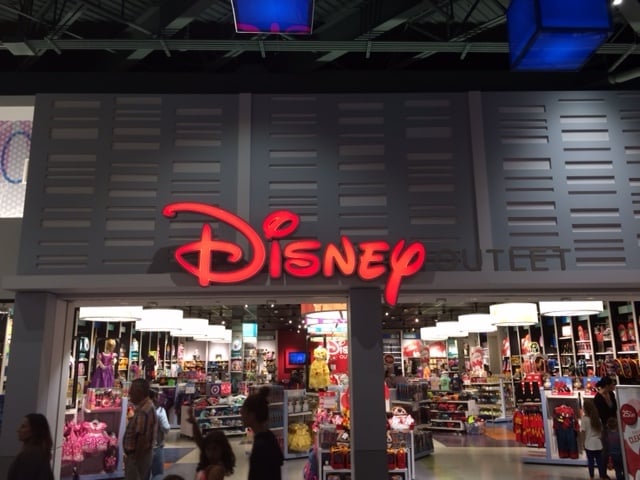 Whether it was the Bing Bong character plush I purchased for my daughter at the San Antonio Disney Store or celebrating the publication of my book Extra Magic Days while meeting up with Kyle Burbank in Toronto, I can always justify going to and buying something from the Disney Store.

What’s the best way to end a family road trip looking up our family tree? Stopping at a Disney Outlet store. When our family needs a rest break on the way to Niagara Falls, we take our rest break at a Disney Store. If we are going on a trip to Disney World, and we happen to be flying out of Syracuse, New York, we start the magic of our trip early with a pit stop at the Destiny USA Mall and its fabulous Disney Store.

During my first year of university, I lived in the city of Ottawa, capital of Canada, and home to two Disney Stores. My first year out on my own was difficult. I wasn’t doing well at school, and the one comfort that I often treated myself with was a trip to the Rideau Centre mall to hang out at the Disney Store. Through all the mistakes I made in school, I did have moments of pure joy as I strolled around the Disney Store – moments that I will always remember. 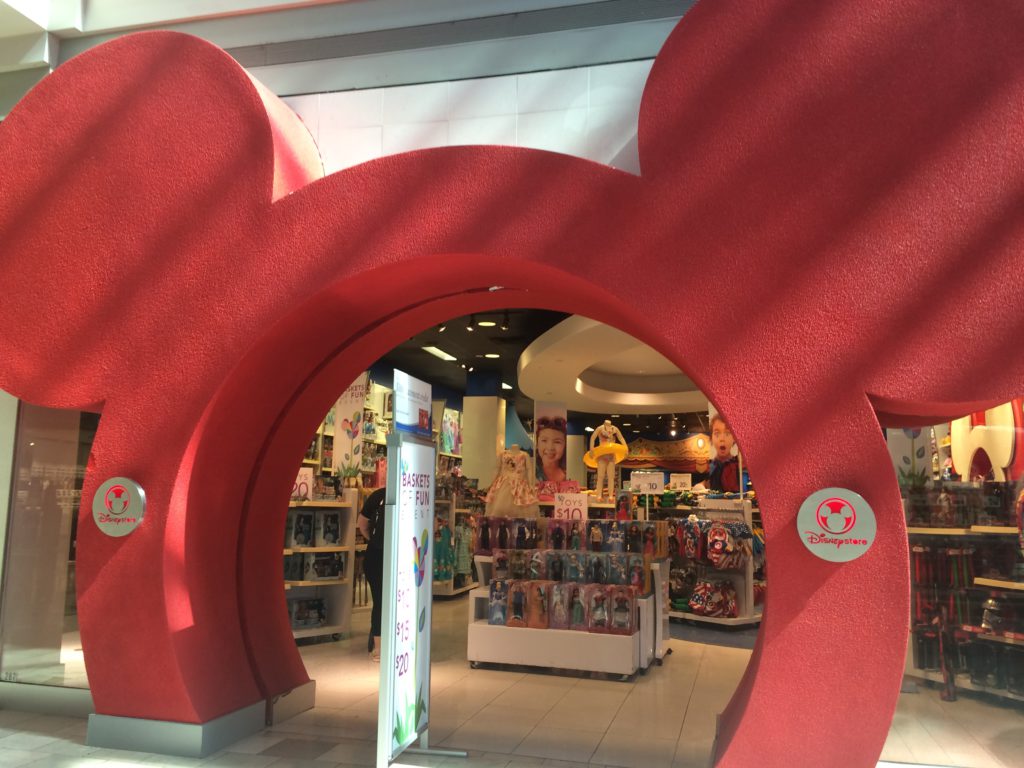 Ottawa went through a drought of Disney Stores and ended up closing both stores between 2004-2009. I was sad to see my favorite store disappear. Imagine the smile on my face, and the glee in my heart when I recently came across the opening of the brand-new Disney Store at the Rideau Centre in Ottawa. I didn’t know it was there and the surprise at finding it would be akin to a treasure hunter finding a lost city. The first thing I did was to run off to find my wife Laura and tell her the good news. She was happy for me, but I don’t think she felt the same manic level of joy.

So why do I like the Disney Store? It’s a fun place to be. Being a kid who has compulsively gone to Disney World, and hopes to make it to all the other Disney Parks in the world, I see the Disney Store as a little piece of Disney magic that is one of a kind. For me, it’s a reprieve for a moment, from everyday life. I have visited enough of the stores to know that whether you are in San Antonio, Toronto, Ottawa, or Myrtle Beach, there are fantastic Cast Members waiting to help. Where else but a Disney resort can you find and be served by Cast Members?

I like the thrill of walking into the store and maybe watching a streamed parade from one of the parks. When I look around the store and hear the broadcasted parade, it makes me feel like I could step out the door and be on Main Street to see the parade live. The multiple sound effects that dot every Disney Store is entertaining for my kids, and just another form of magic for me. I love watching my kids get excited by all the items they see in a Disney Store. 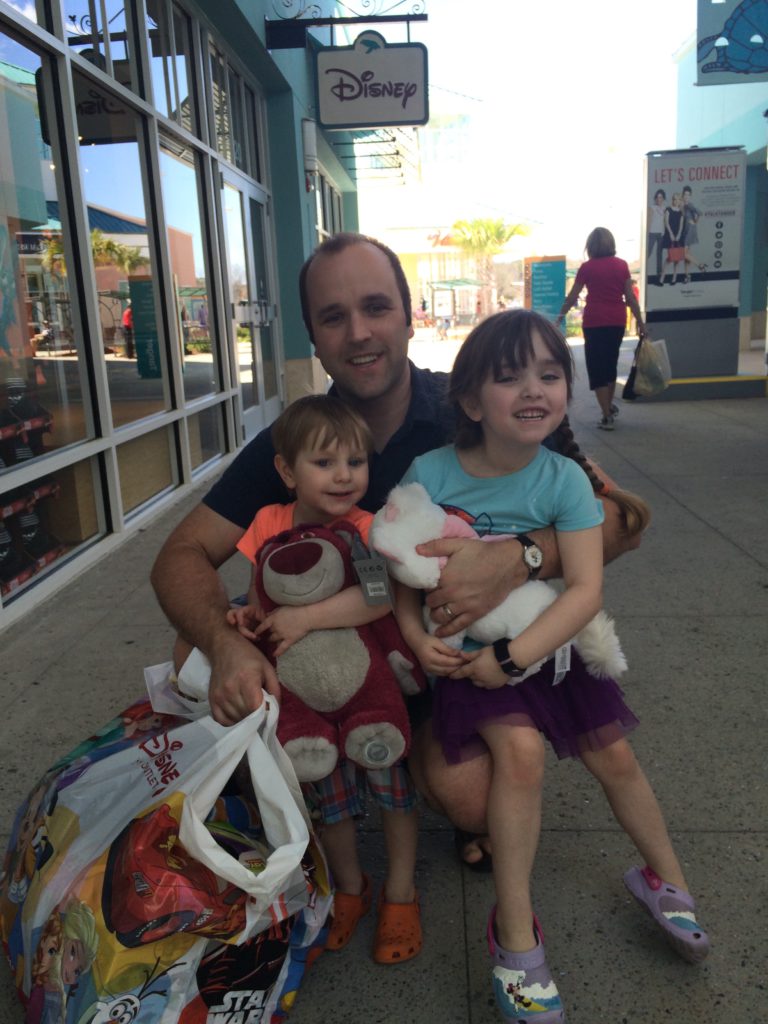 For all the times I have been to a Disney Store, I can easily fool myself into thinking that maybe I was in the Main Street Emporium or Mouse Gear while staring at the plush mountain of characters in the Disney Store. When you are thousands of miles away from the place you want to be, Walt Disney World, a fifteen-minute stop at any Disney Store is the perfect cure for what you miss. It works for me every time, and I always end up buying something.