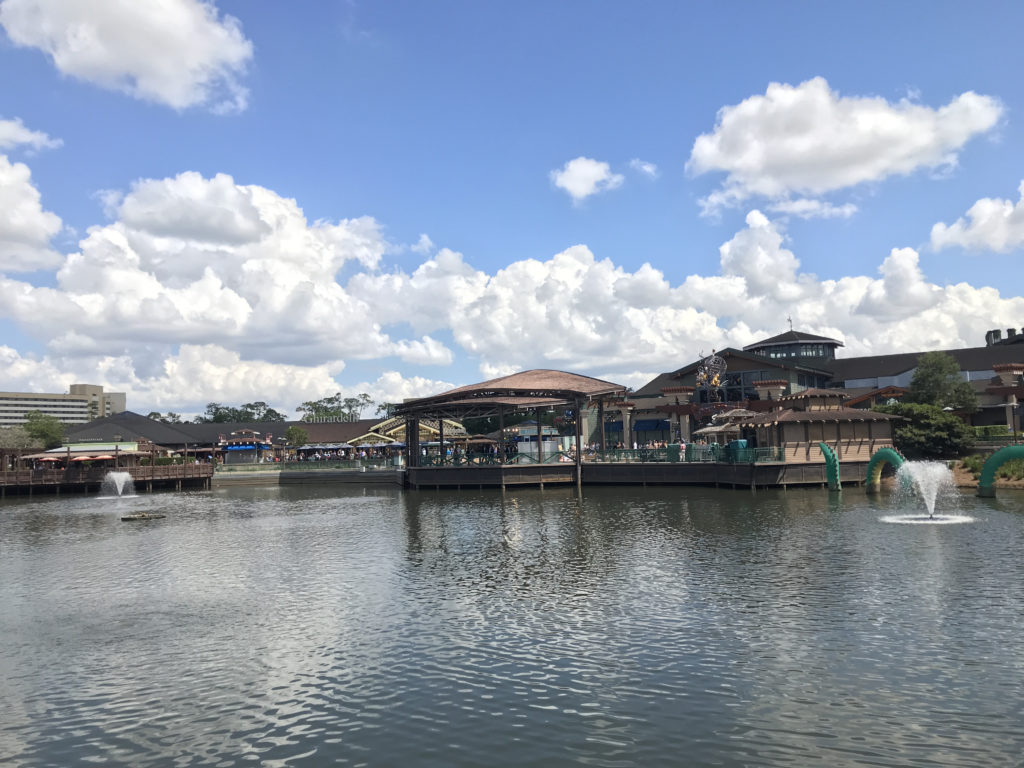 We start our look at the ever-evolving Disney Springs with where it all started: the Marketplace. This area has had the least changes over the past few years, but the signature store, The World of Disney, is right in the middle of a reimagining. 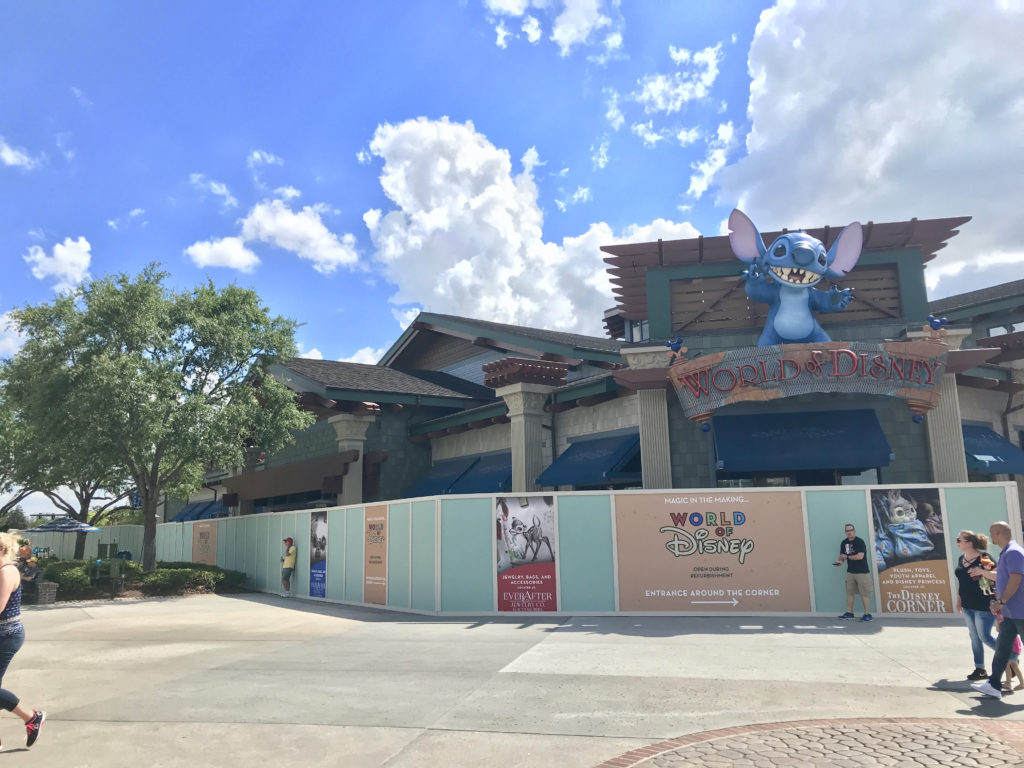 With a huge yellow wall put up throughout the store, it is about 1/3 of its former size. 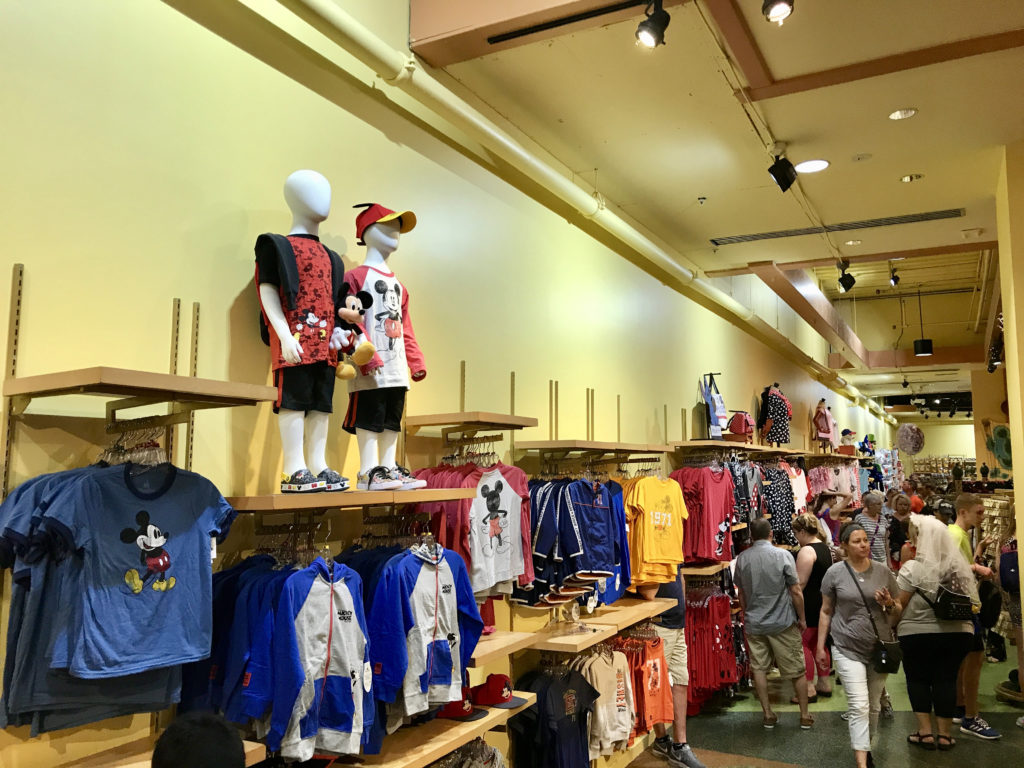 Also on the Marketplace side, the former Little Miss Match has been closed for a while with no visible work or announcement of replacement yet. 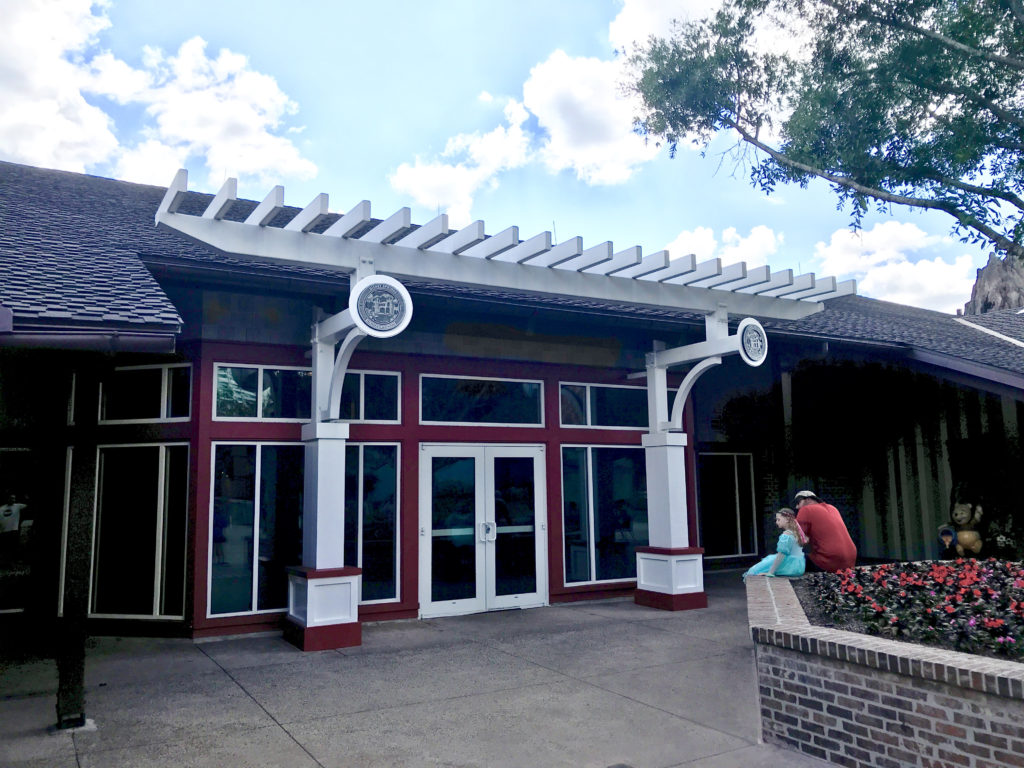 Heading into Town Center The Disney Corner is still filling the void left by the work being done on The World of Disney Store, with everything a girl could need from Minnie Mouse ears to the finest in Disney Princess wear. 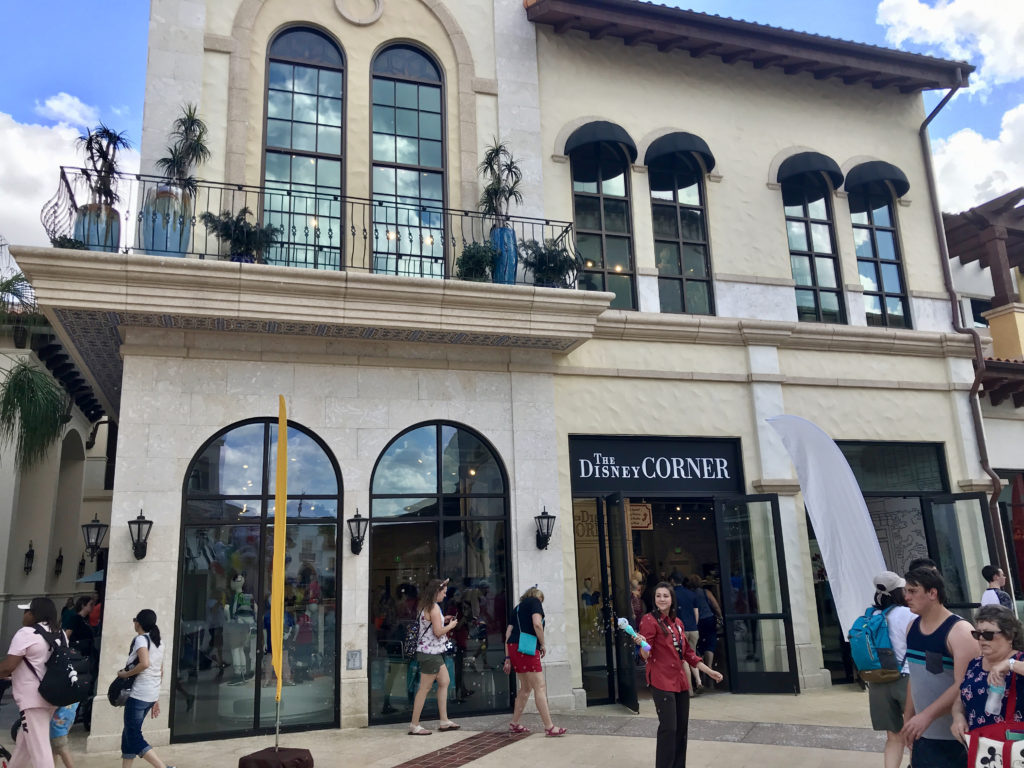 One of the major pieces of construction is the new concept for an old name Wolfgang Puck Bar & Grill. Located next to the Coke Store, the brand new location is inspired by traditional farmhouses with a touch of elegance. The restaurant will capture the essence of laid-back California dining made popular by Puck at Spago, his flagship restaurant in Los Angeles. The menu will highlight the best of Puck’s signature dishes with Mediterranean influences, innovative takes on comfort food classics and handcrafted specialty cocktails, beer and wine. At The Landing, work is moving along on two new sure to be favorite dining/drinking locations. For those wine lovers, Master Sommelier George Miliotes bringing wines from famed growing regions in the United States and abroad – more than 100 selections by the bottle and glass at Wine Bar George. Nearby is a new location I am looking forward to: Terralina Crafted Italian. Located in the former Portobello Country Italian Trattoria, this new dining option will feature authentic Italian cuisine (much of it infused with his signature olive oil imported directly from Italy) and the restaurant itself will be reminiscent of an Italian home, with an open kitchen, dining rooms with eclectic décor and a new veranda bar outside the main entrance. Over at the Westside, work is well underway to open a new home for all the Disney Spirit Jerseys and Millennial Pink Minnie Ears, DisneyStyle. This shop will take up the former Harley Davidson Shop location and have a wide array of the newest Disney Parks merchandise. 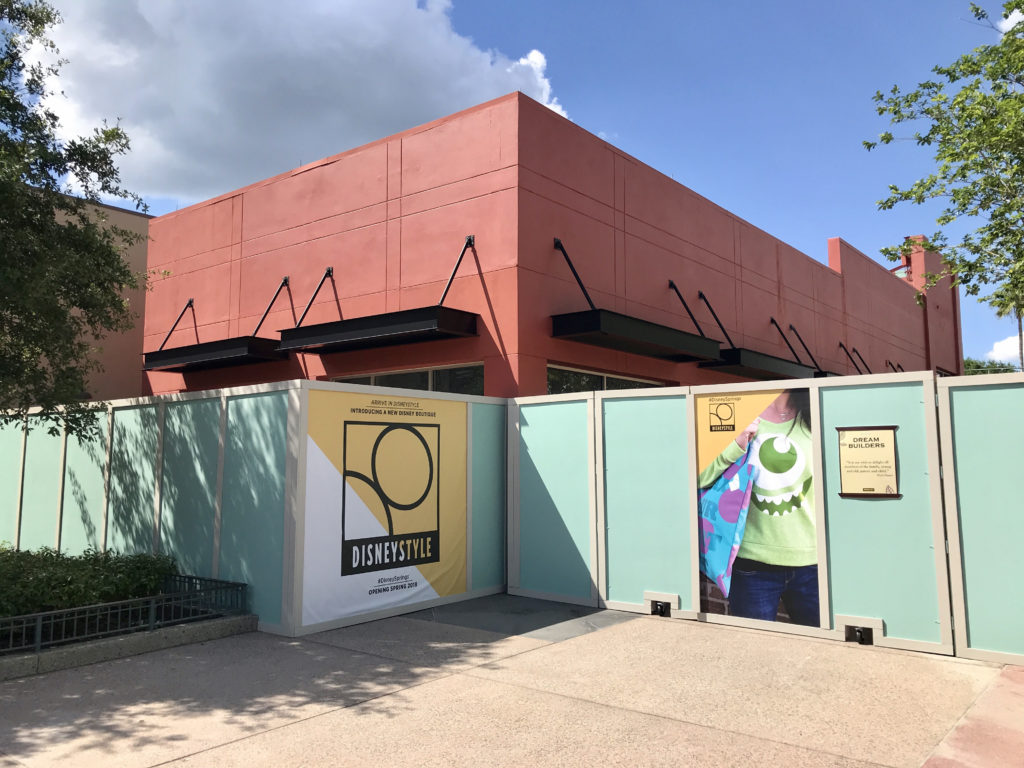 The two biggest projects at Disney Springs are both new dining options, with the first being a new concept by world-renowned Chef José Andrés’ ThinkFoodGroup, Jaleo. Taking over the former space occupied by Wolfgang Puck, this multi-level location will be bringing the spirit and flavors of Spain, with an extensive menu of tapas that reflect the rich regional diversity of traditional and contemporary Spanish cuisine. 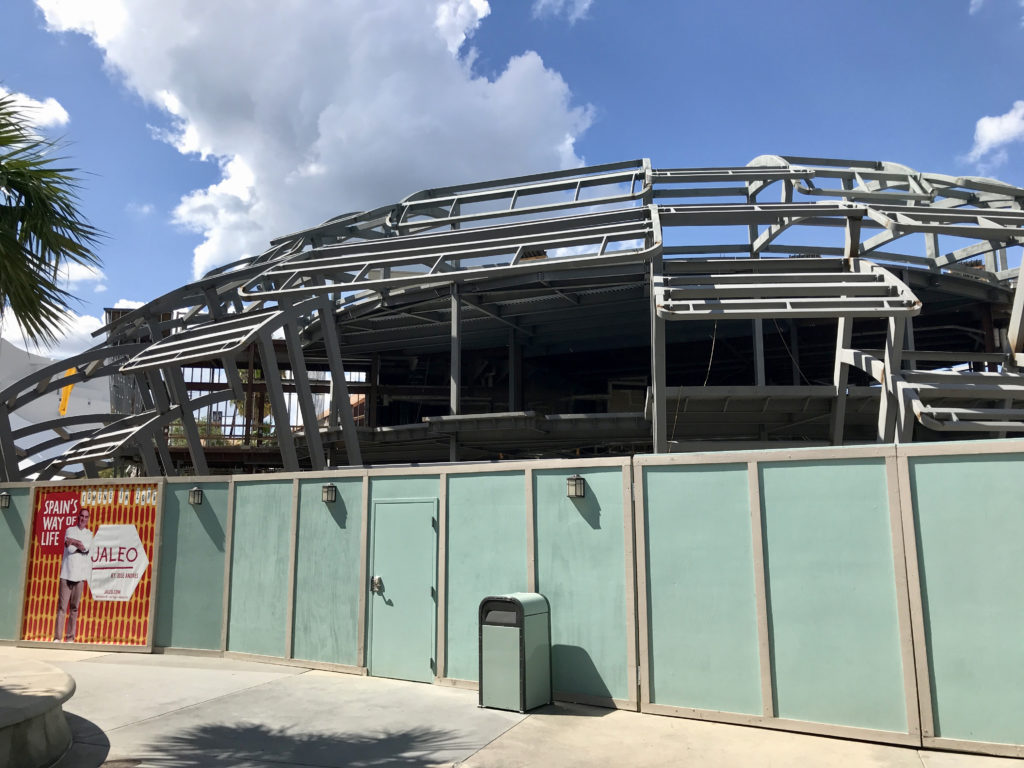 The biggest new project for Disney Springs is The NBA Experience, this state-of-the-art space will include interactive games and competitions, immersive experiences, a retail store and an adjacent restaurant. It is set to open in summer of 2019, taking over the area where Disney Quest was. This new location looks to be huge and will even expand out toward the Cirque building. 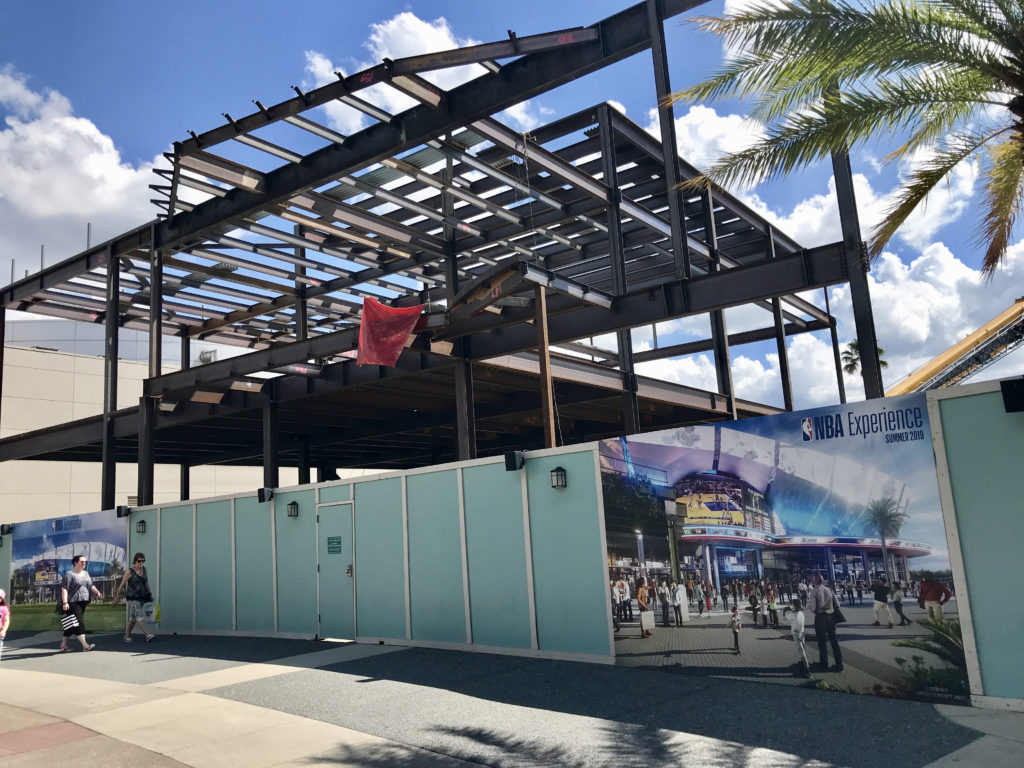 Speaking of Cirque du Soliel – while there’s still no word on when the new Disney inspired Cirque show will open, you can read a great piece on what our very own Alex Reif came up with during what I could only guess was a fever dream for April Fool’s for what he would want to see. The final piece of our update, while not a part of Disney Springs, will have a great impact on that area. The third parking garage, said to accommodate 3,000 cars, located next to Disney Casting seems to be moving at high speed and I wouldn’t be surprised if we see it ready by this upcoming busy summer. 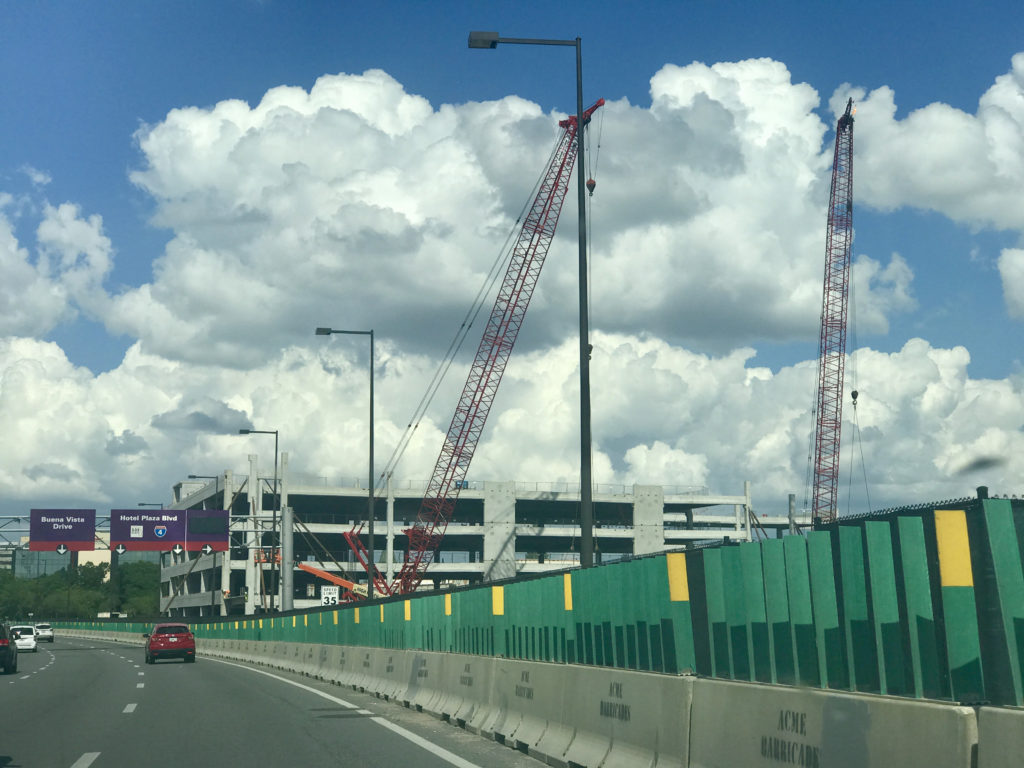