It is beginning to look a lot like Christmas especially in your mailbox or if you shop regularly at your neighborhood Hallmark store or subscribe to Hallmark.com. Mailings this week are alerting Hallmark customers to the upcoming Hallmark Keepsake Dream Book 2018 release. While its in-store ornament premiere event is not until July, Hallmark is giving customers a chance to see what is being offered for the upcoming holiday season — including several Disney Hallmark ornaments.

And Christmas 2018 will surely not disappoint when it comes to this year’s ornaments where fans will find everything from Mickey Mouse, Donald Duck and Goofy, Cinderella and Mulan, to the Avengers, Star Wars and so much more. 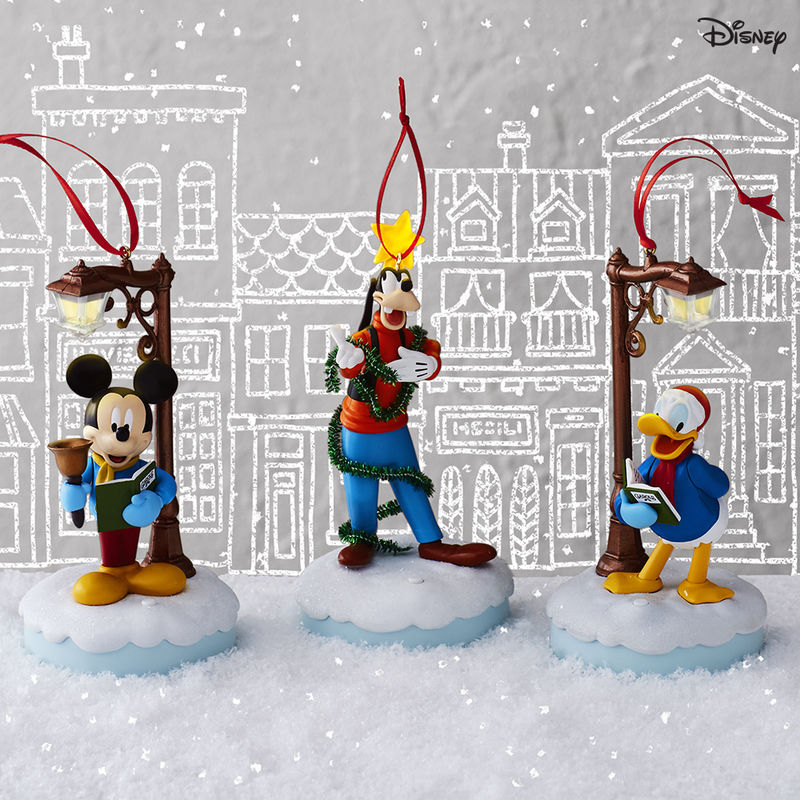 This year marks the 41st year Hallmark has partnered with Disney to create Keepsake Ornaments featuring iconic Disney characters and 2018’s offerings are highlighted by the new Disney Storyteller ornaments complete with light, sound and motion. When you connect either Merry Mickey, Jolly Donald or Gleeful Goofy to the Keepsake Power Cord, you will see the ornaments light up and perform a holiday carol with the push of button. When you connect all three to the power cord you will unlock amazing interactive performances. For those passionate Disney collectors you will have the chance to purchase the limited-edition Disney Christmas Carolers Collector’s Set, complete with a beautiful storage box and an exclusive commemorative art print or you can purchase the trio separately.

Hallmark is celebrating its 45th anniversary of Keepsake Ornaments. In 1973 it launched a line of six glass ball ornaments and 12 yarn figures as its first collection of trinkets. They have come a long way since then. Over its four-and-a-half decades of holiday treasures, they have introduced more than 8,500 Keepsake collectibles and more than 100 ornament series. Hallmark is also introducing two new metal and gem stone ornaments this year including Cinderella Castle and Mickey Mouse as the Sorcerer’s Apprentice that will surely delight serious collectors. 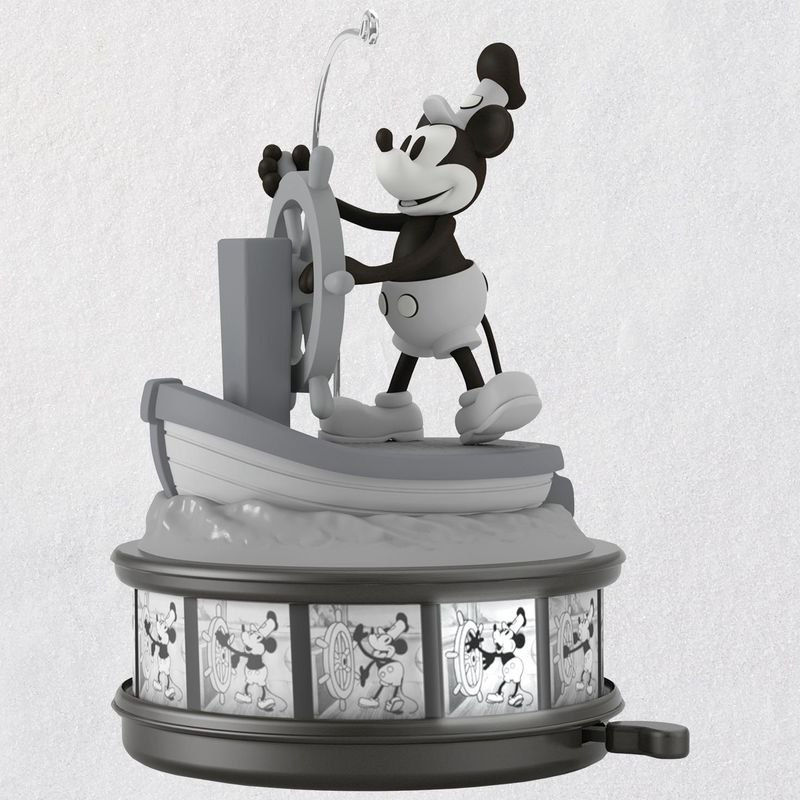 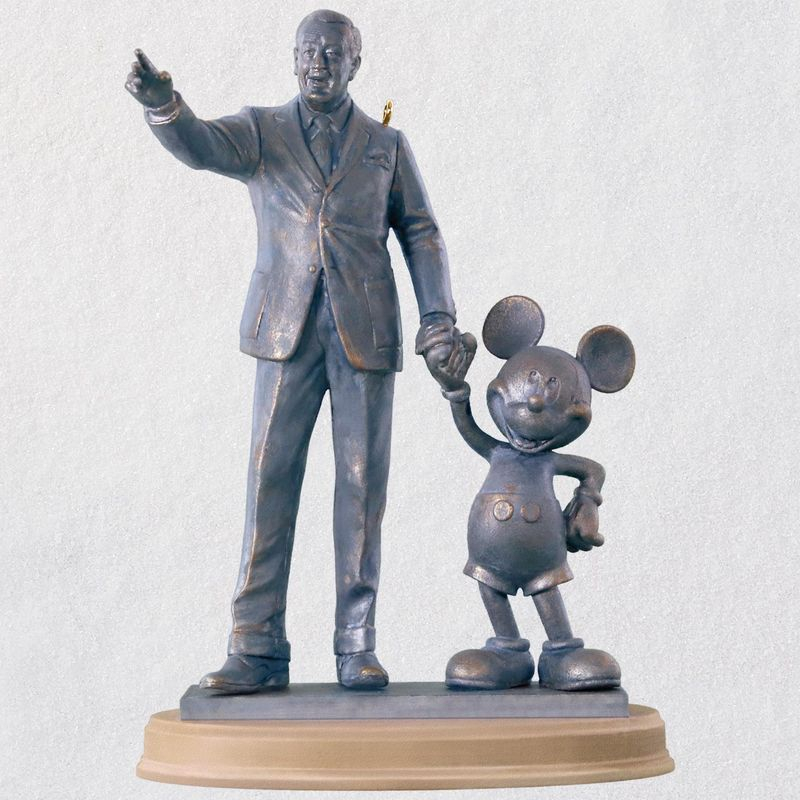 As Mickey marks his 90th birthday, Hallmark is pulling out the stops on Disney treasures to celebrate the milestone. Steamboat Willie which lights up and features audio from the classic animated short which debuted in November 1928 is being featured. Also paying tribute to Mickey and Walt Disney, Hallmark artists have created a special Partners trinket featuring the duo hand-in-hand. This ornament is based on the famous Partners Statue sculpted by Disney Legend Blaine Gibson which sits in front of Cinderella Castle at Walt Disney World and Sleeping Beauty Castle at Disneyland. This is certain to be a must-have collectible since there are not many items that feature the likeness of Walt. 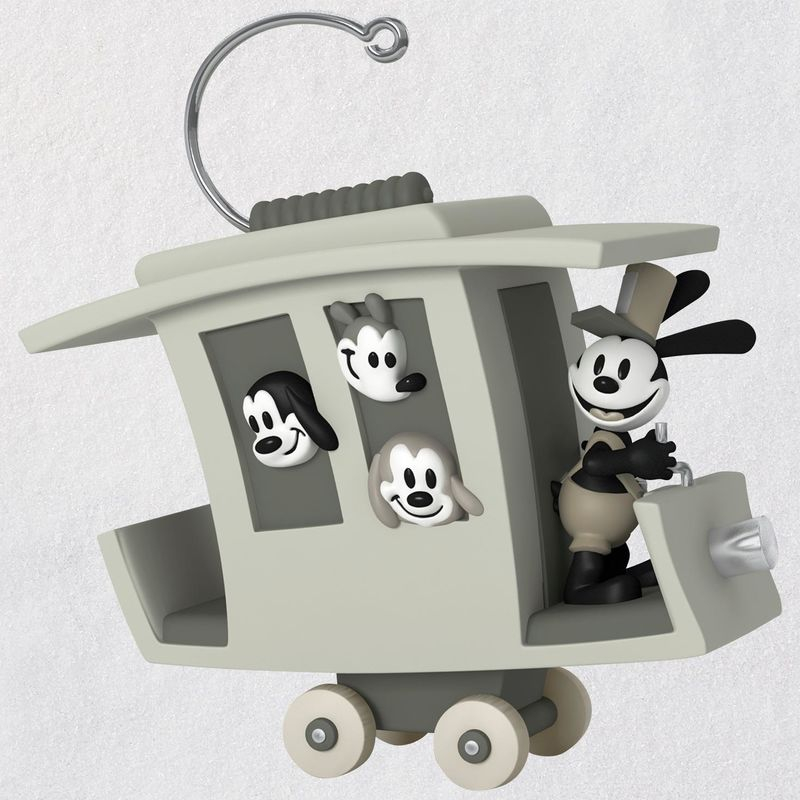 Speaking of rarities even Oswald the Lucky Rabbit gets his own ornament as part of a Hallmark Keepsake Club exclusive.

Of course, no Disney holiday ornament product line would be complete without some of Mickey’s friends. This year Winnie the Pooh, Chip and Dale and Grumpy and Dopey are all featured on ornaments. Jiminy Cricket, Peter Pan, and Cogsworth are featured as limited quantities at Keepsake Premiere Events and Pinocchio and the Blue Fairy and Lumiere, King Triton and Ariel, Mulan, Cinderella, Pocahontas, Baymax and Moana are waiting to grace your holiday tree. 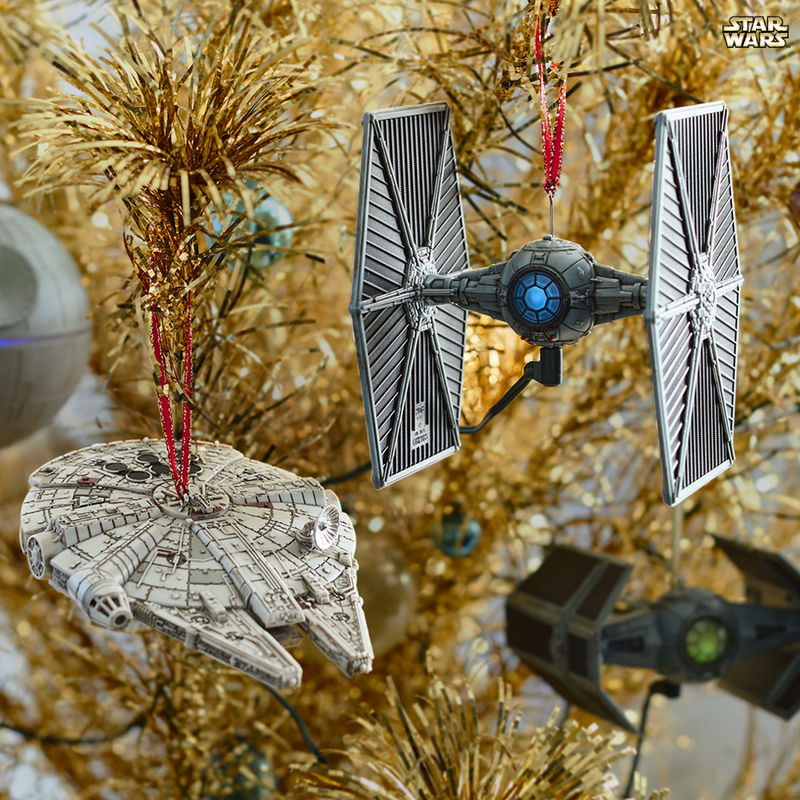 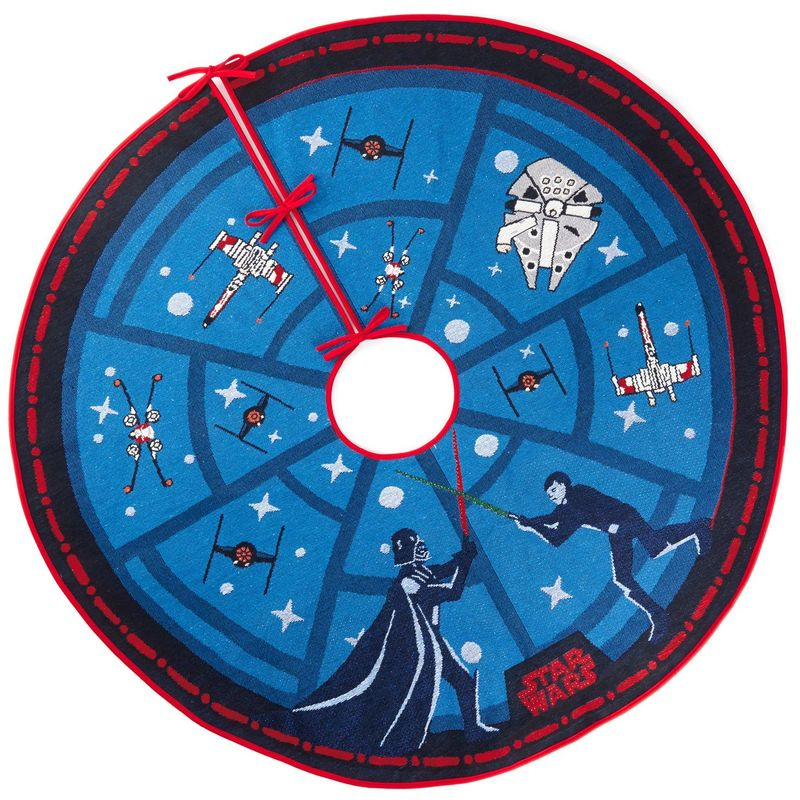 As Disney’s world continues to expand with its Star Wars and Marvel franchises it also extends its Hallmark footprint. This year there are more interactive performances from Star Wars: A New Hope. New ornaments include the Millennium Falcon and the TIE Fighter. If you want to stretch your Star Wars holiday decorating you can drape a new Star Wars The Force is Strong Tree Skirt at the base of your tree that will illuminate your display when connected to the Keepsake Power Cord. 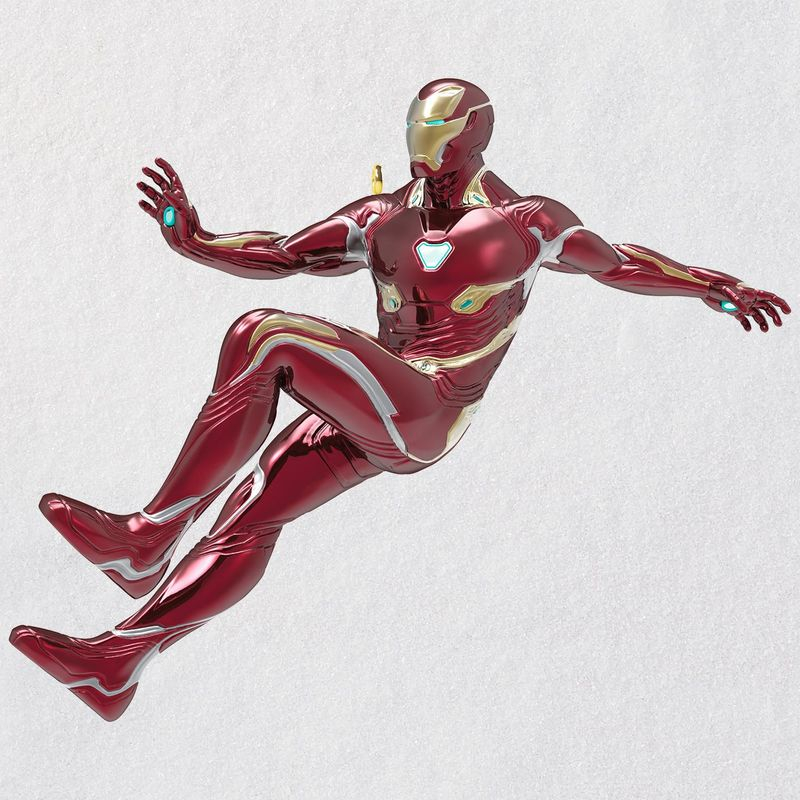 From the big screen to your Christmas sapling, Marvel’s superheroes are also up for the task of decorating your tree. From Iron Man to Groot and Rocket, you can also display Ant-Man and the Black Panther on your seedling.