The Toy Story Land powered by BoxLunch mall tour kicked off this past weekend at the Brea mall in California. The tour will be held in four other malls around the country in promotion of Toy Story Land opening at Disney’s Hollywood Studios in Walt Disney World. We were able to check out the tour on its first stop and we had a blast! Read our recap of the event below: 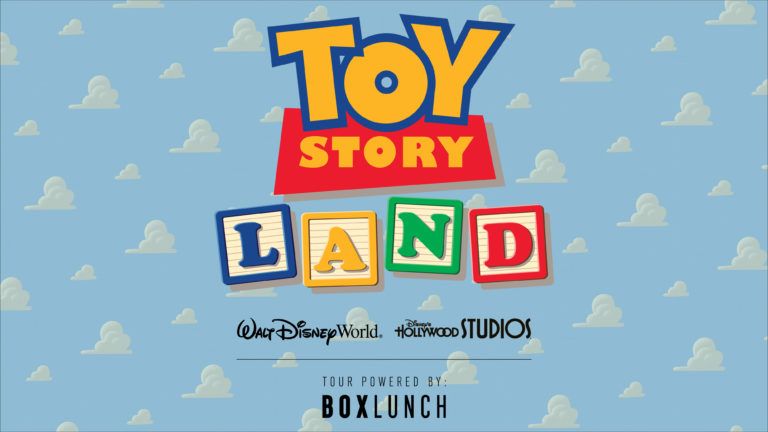 If you’re lucky enough to visit one of the malls on the tour, you’ll enjoy some fun surprises. When we arrived, we entered a queue and were greeted by a friendly BoxLunch team member who gave us a spacious reusable bag. When we looked inside, we found a Toy Story Land button and a coupon for $25 off a purchase of $50 or more. The coupon was only good during the weekend of the tour, but could be applied online or in stores and did not have to be used on Disney merchandise.

After the initial greeting we continued to the exhibit where there were several large backgrounds featuring concept art for Toy Story Land. There were also three photo spots that we had to check out. The first was standard picture in front of a blank background. Not exciting at all, but wait, there’s more! We were told to pose looking up as if the claw was reaching down to grab us! After our “photo shoot” we saw the interactive digital clip: the claw reaches down and pulls up our picture.  We then opted to have the clip sent to our email address as a keepsake. Here are our other pictures:

Concept art for Toy Story Land. These also make for great backdrops if you feel like taking more pictures! 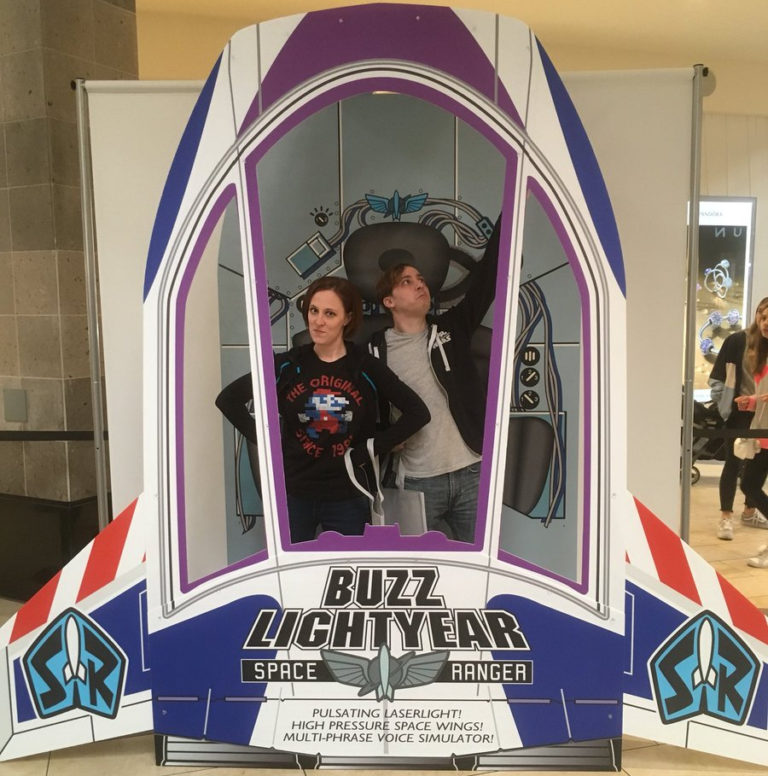 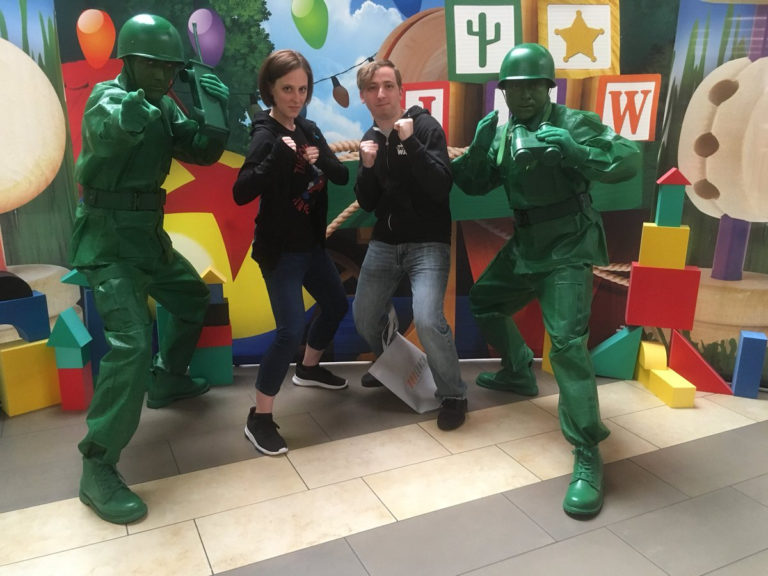 We’re not sure if other toys will make an appearance throughout the remaining tour stops, but we were lucky enough to meet Andy’s Green Army Men. Hopefully they’ll recognize us when we visit Toy Story Land!

Can’t make it to one of the tours? That’s okay. BoxLunch is hosting a Play Big Sweepstakes with the grand prize of a 4 night/5 day trip to Walt Disney World to visit the brand new Toy Story Land at Hollywood Studios.

In case you didn’t know:

BoxLunch is a retail store that’s home to merchandise for dozens of fandoms from Disney princesses, Pixar, Marvel, Harry Potter, to Overwatch, The Simpsons, Studio Ghibli and more. Fashion, Fun, and Fandoms!