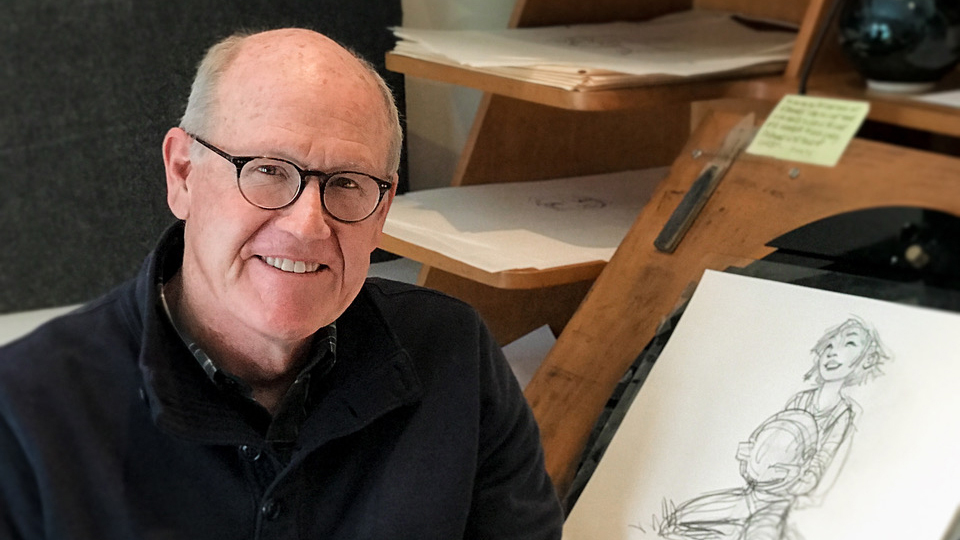 The Walt Disney Family Museum has a special exhibit celebrating the artwork of the Nine Old Men on display through January 7th, 2019. To coincide with the gallery, a special speaker series called “Nine Old Mentors” gives fans a personal glimpse into the lives of these giants of animation through the next generation that learned from them. The series started last month with Ron Clements and John Musker and we continue our coverage of this series with the second speaker, Glen Keane.

Glen started his presentation by describing his approach to animation. To him, a pencil is a tool through which he can tap into what’s inside his heart and allow others to see it on paper. “You live in the skin of the character you animated,” he said, explaining how his bad temper as a child was a big inspiration as he animated the Beast in Beauty and the Beast. He also drew on his family members when creating other characters. His wife, Linda, was his inspiration behind Ariel, daughter Claire was the source for Rapunzel, and son Max inspired Keane’s take on Tarzan. “Drawing what you know means drawing what you love.”

Glen grew up in an artistic family, the son of the founder of The Family Circus comic. But his love of animation was sparked at age 6 during a drive-in movie to see 101 Dalmatians. The character of Cruela De Vil was so real and vivid that he knew he wanted to do something like that with his life. As he grew older and learned about the Nine Old Men, he realized in that moment that Marc Davis was reaching out to him with his pencil commanding him to believe in this character he drew.

Ron and John spent a great deal of time exploring the history of each of their mentors in addition to their own reflections, but Glen Keane skipped the history lesson and instead shared his reflections on the Nine Old Men he worked with. This excludes Les Clark, who was already retired when he arrived at Disney at age 20. 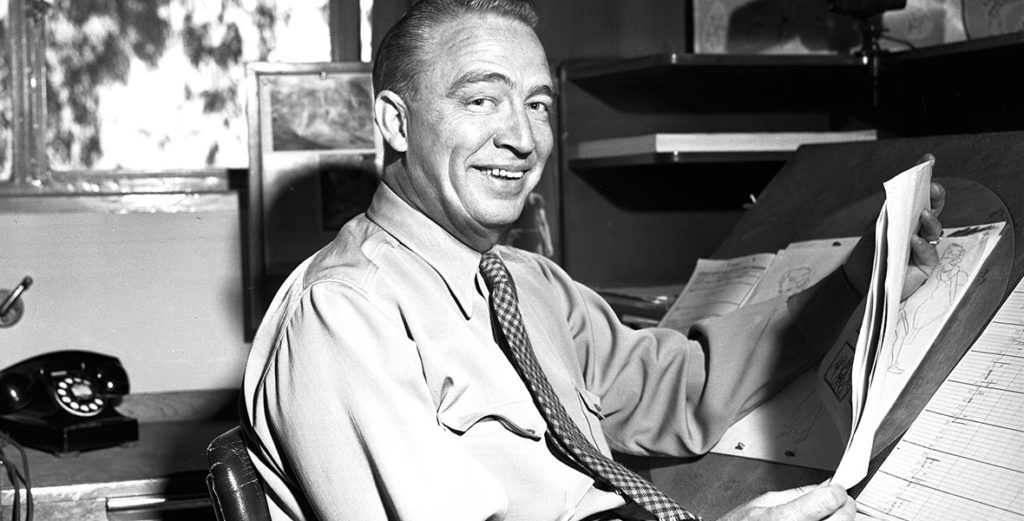 “When you have a big belly, you have a choice to make. You can either put the belt under the belly or over the belly. Eric Larson chose over the belly,” Keane reflected on the Disney Legend who lead Disney Animation’s training program. When Glen first arrived, the only piece in his portfolio that Larson was particularly interested in was a quick sketch of a person that had fluid lines. He instructed Keane to go draw everything he sees. He was hired when he came back with more quick sketches like that one. The biggest lesson that Glen learned from Eric Larson is “Sincerity is the key to Disney animation.” Glen remembers Ollie teaching him that being a mentor doesn’t mean that you spend a long time, but that you spend authentic time with your mentee. Ollie’s drawings were so natural and fluid, drawn with a cobalt blue pencil. When Ollie retired after 37 years in the Animation Building, Glen Keane moved in. He remembers the linoleum floor connecting his office to the one that used to be Frank Thomas’ feeling like it had been warn in like a trench. 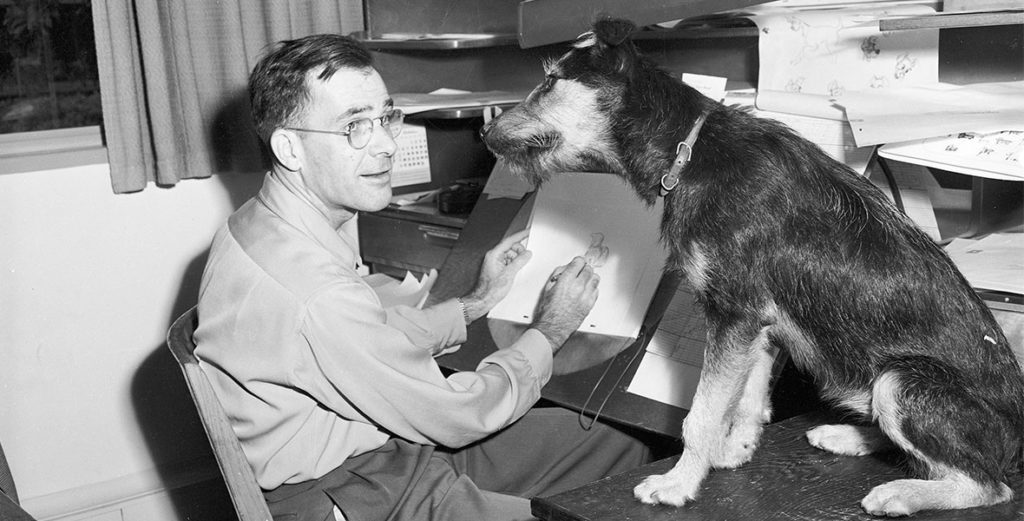 While Ollie Johnston was an intuitive animator, Frank Thomas was an intellectual one. Glenn was more intuitive as well, so he was more drawn to Ollie’s mentorship. Frank was very critical of himself, often complaining that he wasn’t a good artist. The biggest lesson Glen learned from Frank Thomas was to not animate what the character is doing, but animate what they are thinking. Glen remembers Milt Kahl having a hard time explaining things. He would often trip over his words and end up saying something like “You just do it” when a new animator would ask him to breakdown his process. The new group of animators learned quickly not to give him compliments if they simplified the amount of work that he put into his animation. John Lounsbery was a gentle and sweet guy. Glen remembers him using a Blaisdell pencil that was thick and soft. Glen loved them so much that he has bought many of the pencils left in existence, since they are no longer manufactured. Lounsbery was a very encouraging man and Glen Keane remembers his last time speaking with him on the Friday before his early death. He was the first of the Nine Old Men to pass on and Glen remembers the conversation amongst the others switched to concrete plans to pass along what they know to the next generation to make sure that the Disney animation legacy lives on for many years. There was a culture of smoking within the Disney Animation Building, but Woolie wouldn’t smoke. Instead, he would suck on an unlit cigar which was loud and sounded painful. Glen remembers his look of intense concentration as he would review animation and suck his cigar. Glen shared that Woolie seemed lost after Frank and Ollie retired. They left the studio during production on The Fox and the Hound and Glen remembers Woolie wanting to cut some of the sad scenes at the end of the film because he didn’t think anyone else could do them. Glen asked for a chance to try. 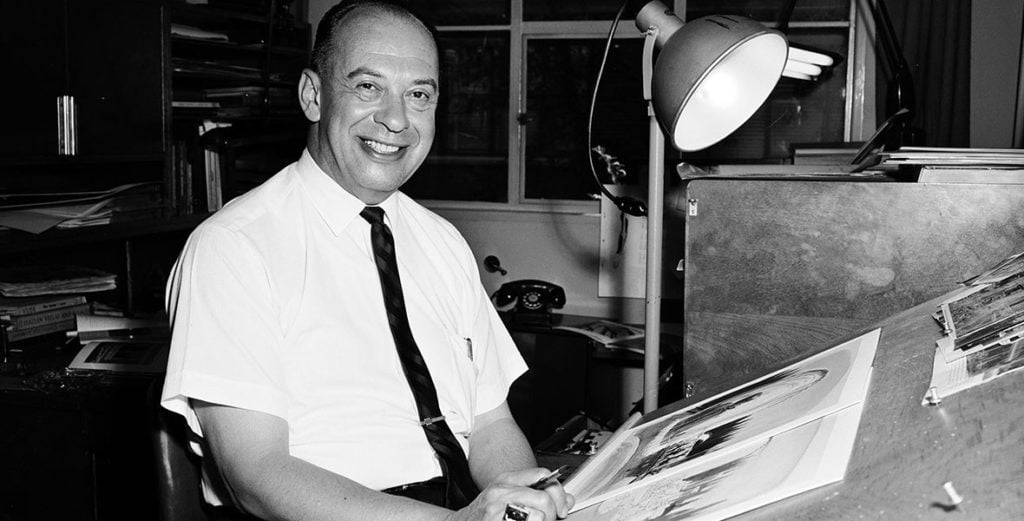 Marc Davis was no longer in animation when Glen started at Disney, but he taught art classes that Glen attended. He remembers him being very analytical and stressing the repetitive nature of animation. After proving a point, he would say “And again,” which has stuck with Keane his entire career. 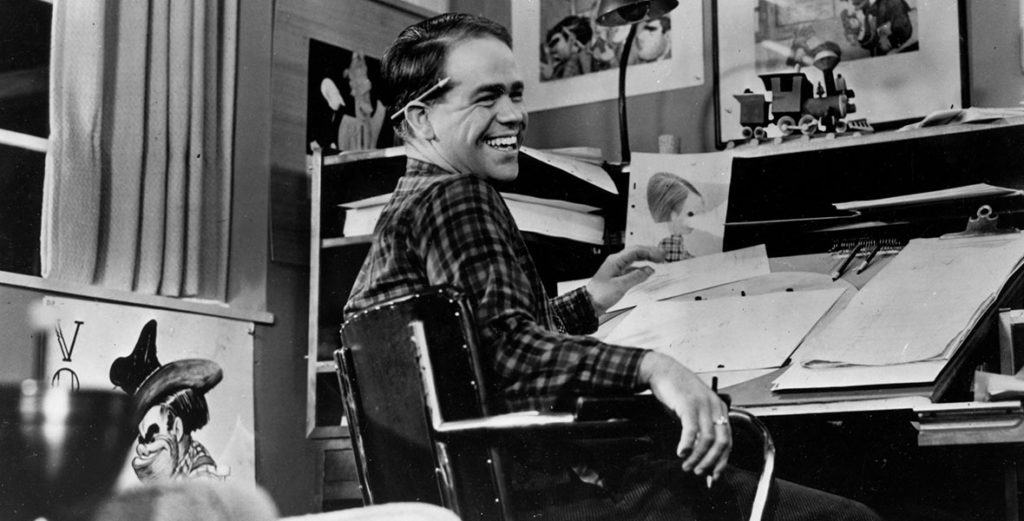 On Ward Kimball, Glen said “No one could contain or define him.” Like Milt Kahl, he did not respond well to compliments from the new wave of animators. As an example of his wacky sense of humor, Glen shared a model sheet of Mickey Mouse that Ward produced as a joke in the 1980’s. To sum up the work of an animator, Glen Keane defined the term “Sprezzatura,” which means art that hides its art. The Nine Old Men, to most viewers, are hidden artists. Glen Keane described a day at Disneyland that didn’t start off well because he brought family, but forgot his pass that would allow him to bring in guests as a Cast Member. The Park Greeter was unfamiliar with who he was and he had to purchase tickets for the day. To cool off, he sat on a Fantasyland while his family enjoyed some rides. Before he knew it, the Beast walk around character sat next to him showing that he, too, was grumpy. Then a little girl ran up to the best, jumped in his lap, and kissed the horns Keane designed, telling the Beast that she loves him. It sums up the feeling of being a hidden artist while experiencing the results of their work in anonymity.

To close the presentation, Keane demonstrated the Google Tilt Brush tool, drawing Ariel in three dimensions set to “Part of Your World.” It was a chilling experience that produced tears from many in the audience. While photos and videos were not allowed in the presentation, he has luckily performed this routine on camera before, which you can see below.

Disney fans can visit the Walt Disney Family Museum in San Francisco. The official website has details on hours, upcoming events, and limited galleries that can help you plan your trip.