/var/www-dev/html/w/wp-content/plugins/reusable-text-blocks/text-blocks.php on line 268
It’s that time of year again. All of your worst nightmares have once again descended upon Universal Studios Florida to bring Halloween Horror Nights 2018 to life, and it makes for a screaming good time. This year’s event is bigger than ever, featuring 10 houses, five scarezones and one incredible show.  The big headliner of […]" />
Warning: Attempt to read property "ID" on null in /var/www-dev/html/w/wp-content/plugins/reusable-text-blocks/text-blocks.php on line 268


It’s that time of year again. All of your worst nightmares have once again descended upon Universal Studios Florida to bring Halloween Horror Nights 2018 to life, and it makes for a screaming good time.

This year’s event is bigger than ever, featuring 10 houses, five scarezones and one incredible show. The big headliner of Halloween Horror Nights 2018 is the hit Netflix series Stranger Things which will certainly draw quite a crowd throughout the duration of the event. Joining Stranger Things, will be two classic horror franchises in Poltergeist and Halloween 4: The Return of Michael Myers, as well as some more recent favorites in Trick ‘r Treat and The Horrors of Blumhouse which will include The First Purge and Happy Death Day.

You can see our complete rundown and rankings of all 10 houses here. 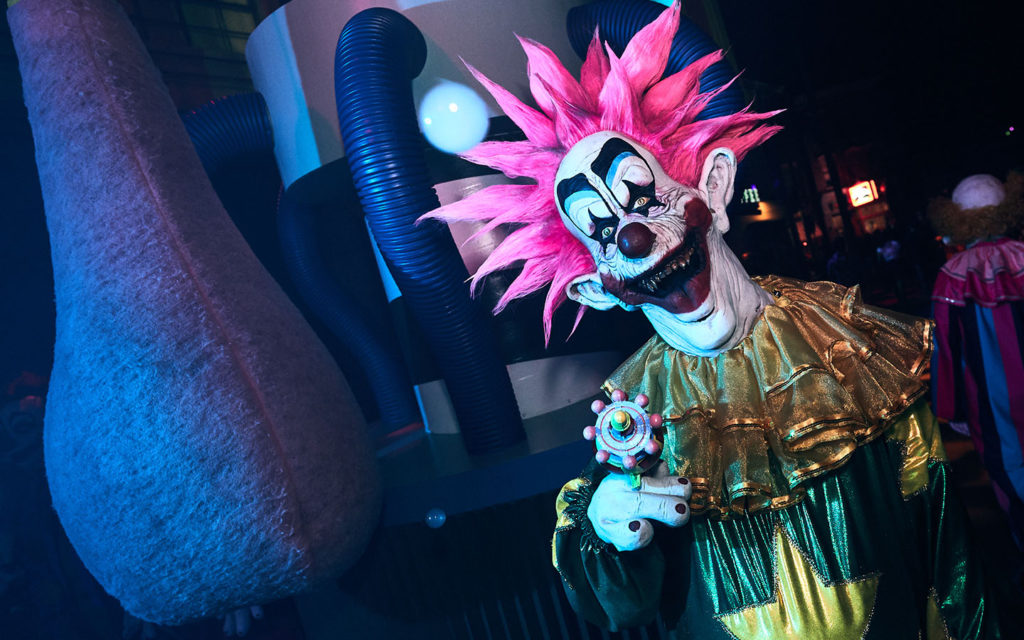 The fear is not limited to the houses though, as all kinds of crazy creatures have taken to the streets of Universal Studios Florida, creating five nightmarish scarezones. While, like the houses, some of theses scarezones are based on films and others are original ideas, each one has something different to offer.

Perhaps the most impressive is the Killer Klowns from Outer Space scarezone, pictured above. The costumes look like they came right out of the movie and really bring those crazy clowns to life in a terrifying and hilarious way.

The Revenge of Chucky scarezone brings guests face to face with some rejected toys and their bloodied victims. Not to mention, the horror icon himself, Chucky, is there to trade some banter back and forth with guests.

Vamp 85, which is a sequel of sorts to a scarezone done at a previous event, puts guests on the vampire-infested streets of New York on New Year’s Eve in 1985. Twisted Traditions allows guests to visit Carey, Ohio, a fictional location used throughout Halloween Horror Nights lore. Finally, perhaps the least eventful of the scarezones is The Harvest, which previews each of the Intellectual Property-based houses while scarecrow-like creatures torment guests.

Guests looking to escapes the scares for a bit can watch this amazing dance troupe Academy of Villains, who put on a fantastic show at Halloween Horror Nights for the third year in a row. This year’s show is titled “Cyberpunk” and tells a futuristic story in which the human race has been overrun by machines. 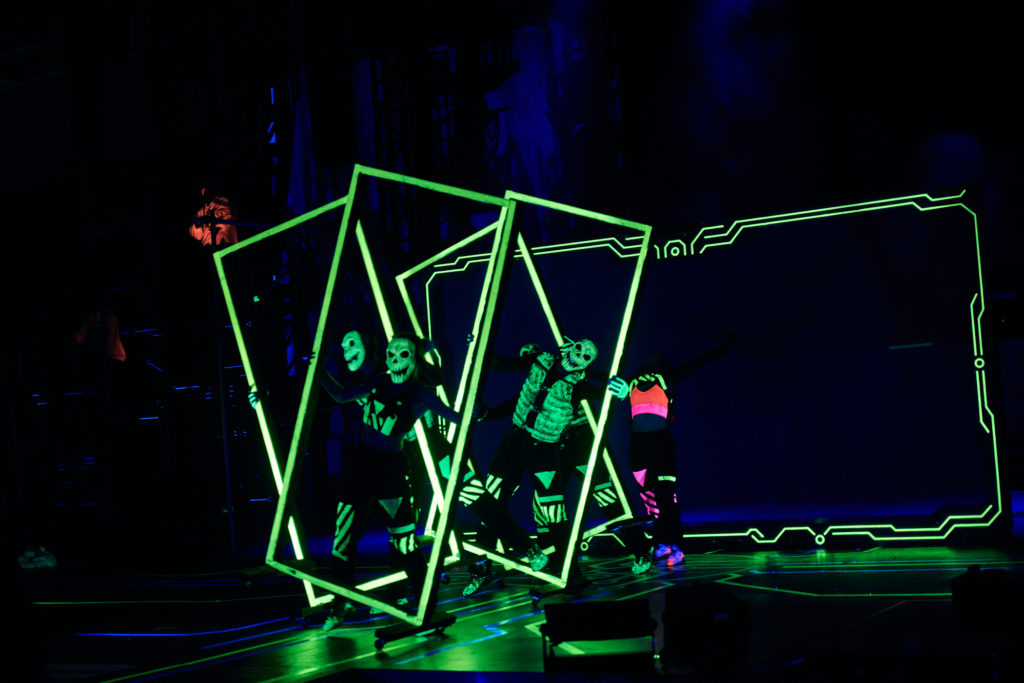 The event has a bit of an 80s theme that, unfortunately, doesn’t quite make its way all the way through the park. Obviously, properties like Stranger Things and Poltergeist fit in perfectly and Vamp 85 is a no-brainer, but the theme doesn’t really go much further than that.

Still, with all the frights offered by the houses, and the endless interactions with vampires, clowns and more in the streets, Halloween Horror Nights 2018 is nothing if not a great time. For more information or to get your tickets for Halloween Horror Nights 2018 at Universal Orlando, visit the event’s official website. And be sure to follow us on Twitter for more updates and information as the event continues.

Halloween Horror Nights will run on select nights from now through November 3rd.