Warning: Attempt to read property "ID" on null in /var/www-dev/html/w/wp-content/plugins/reusable-text-blocks/text-blocks.php on line 268

/var/www-dev/html/w/wp-content/plugins/reusable-text-blocks/text-blocks.php on line 268
Halloween Horror Nights 2018 is here and it has brought all kinds of nightmares to life at Universal Orlando. This year’s event features five great scarezones, one incredible show and, perhaps most importantly, 10 fantastically frightening houses. Halloween Horror Nights 2018 offers five houses based on popular movies and television series, like Stranger Things and […]" />
Warning: Attempt to read property "ID" on null in /var/www-dev/html/w/wp-content/plugins/reusable-text-blocks/text-blocks.php on line 268


Halloween Horror Nights 2018 is here and it has brought all kinds of nightmares to life at Universal Orlando. This year’s event features five great scarezones, one incredible show and, perhaps most importantly, 10 fantastically frightening houses.

Here is a closer look at the 10 houses at Halloween Horror Nights 2018:

10. The Horrors of Blumhouse 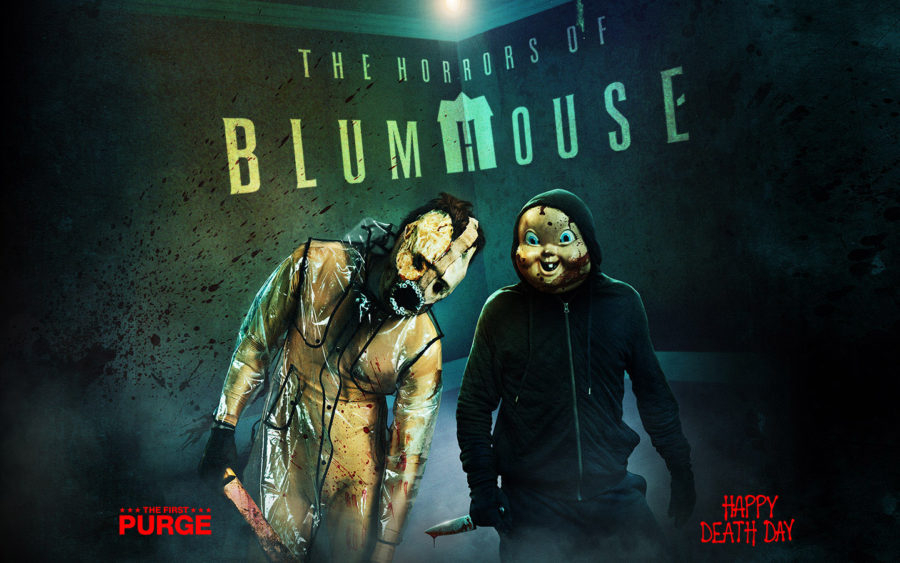 This house may be the one weak link of this year’s event. It’s not that it’s a particularly bad experience, it’s just that the rest of the lineup is so good, this one kind of gets lost.

The Happy Death Day section of this house is excellent, especially if you enjoyed the movie. The First Purge portion is unfortunately not nearly as strong. Had this house been entirely dedicated to Happy Death Day, there would most likely be a different house coming in at number 10.

9. Scary Tales: Deadly Ever After This is an excellent original concept that brings your favorite fairy tales to life like you’ve never seen before. Incredible sets and fresh takes on familiar characters make this house a lot of fun.

As I’ve said, this year’s lineup is very strong and 1-9 are probably on a different level from Blumhouse. There aren’t many negative things to be said about Scary Tales, except that when I went through I missed most of the scares and didn’t have a particularly good run. Those kinds of things happen and it’s why your favorite house at the beginning of the event, may not be your favorite at the end.

8. Halloween 4: The Return of Michael Myers 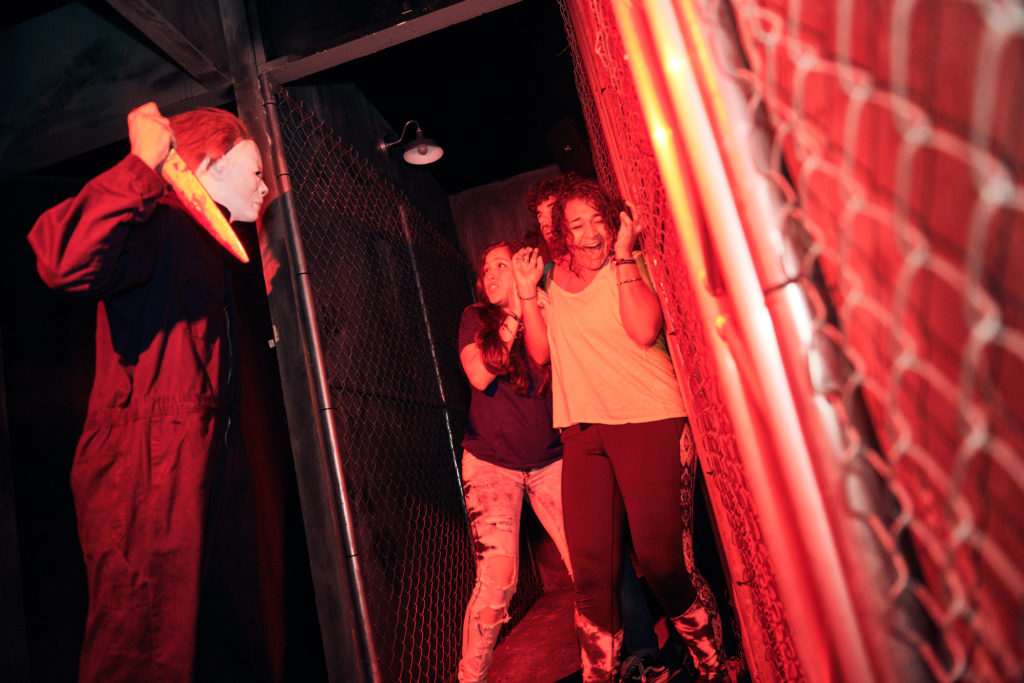 Halloween 4 may not be the most popular film of the franchise, but anytime a horror icon like Michael Myers is brought to life, people are going to be interested. And there is plenty of Michael Myers to see in this house.

This house has some incredible scenes that look like they’re taken right out of the movie. Oddly enough, it also has some scenes that seemingly come from nowhere. To be fair, most people are probably not looking for a recreation of Halloween 4. I guess I like the movie more than most. 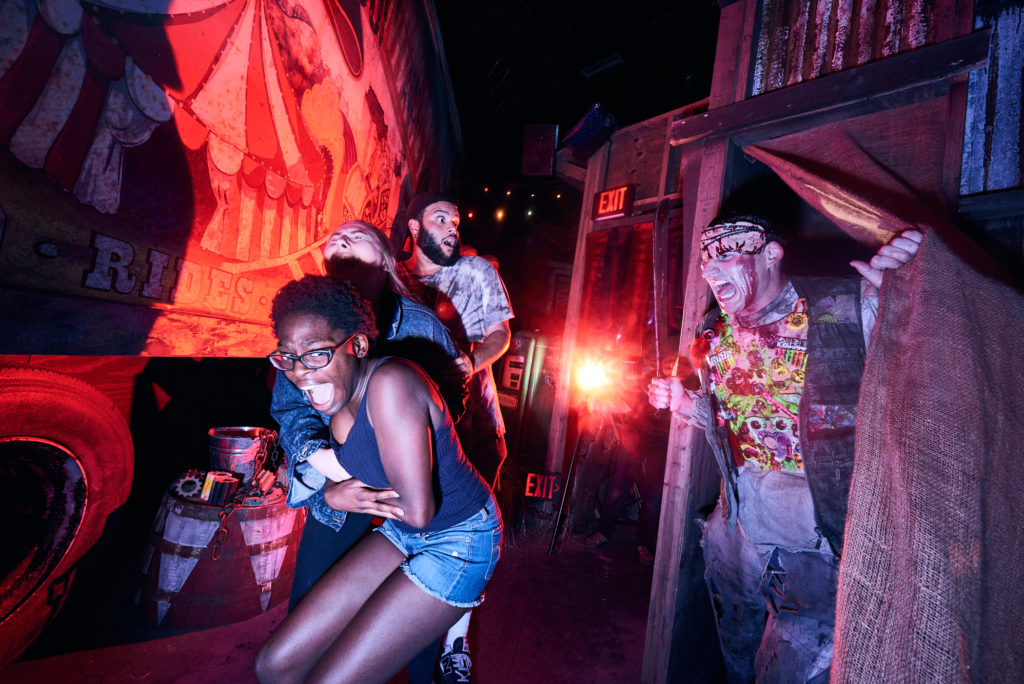 If you’re a fan of this movie, you’re going to love this house. It’s far from the scariest house at this year’s event but it perfectly recreates several scenes from the film with amazing sets and spot-on characters.

Sam pops up several times throughout the house to make sure guests are following all the rules while a breathtaking recreation of the bus crash scene makes this house one of this year’s strongest. 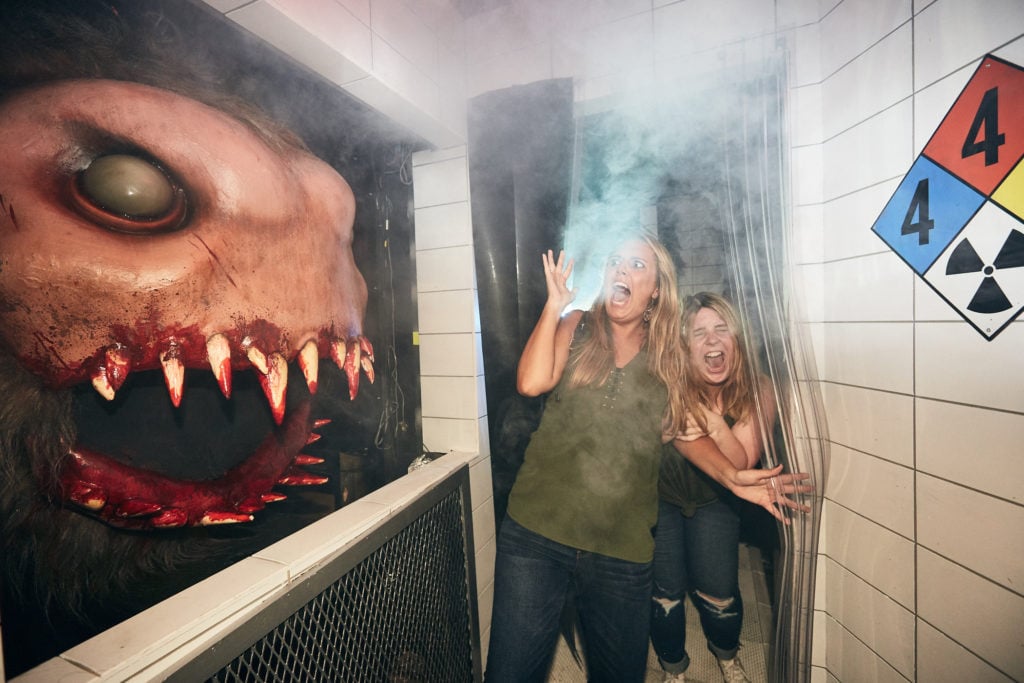 This house is loaded with unique characters and some great scares, but also a lot of laughs. You know when you’re watching a bad horror movie and you think “this is so ridiculous it’s actually fun?” That. This house is that. And it’s great. This is only my second time attending Halloween Horror Nights, but I like to think I’ve gotten pretty good at recognizing where the scares are going to come from. With Seeds of Extinction, that is certainly not the case.

People have been wiped out and some very aggressive plants have taken over the world in this terrifying house. The costumes are amazing and the scareactors blend right into their surroundings, hence the unexpected scares. Any other year, this might be the best house. 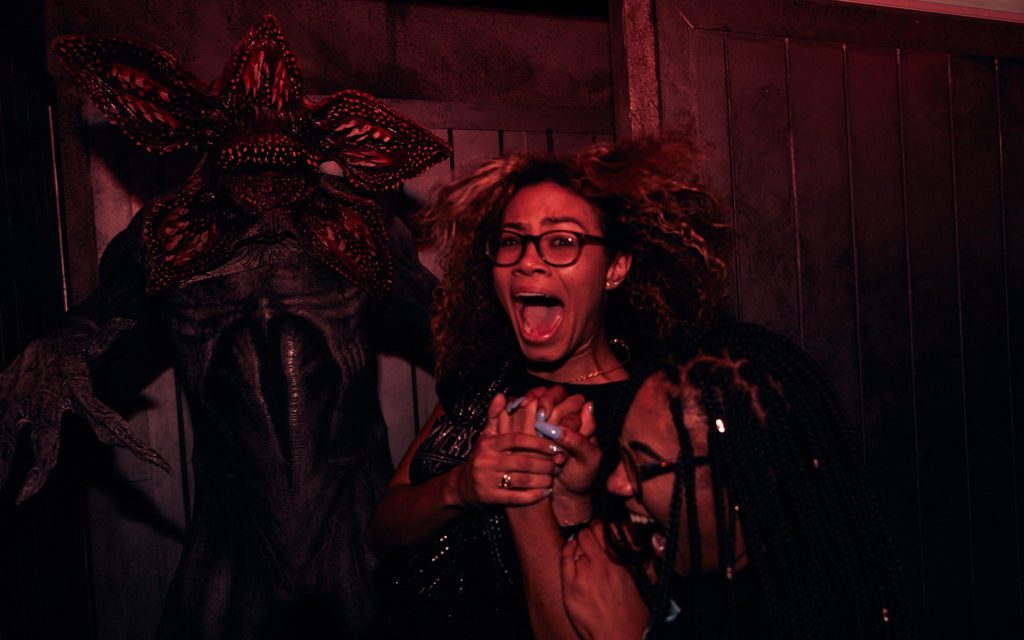 For most of the guests attending this year’s Halloween Horror Nights, Stranger Things is the main event, and the wait times prove it. If you want to experience this house, either do it as soon as the event starts or right before it closes. Otherwise, be prepared to wait.

I will say this: it’s worth the wait. If you’re a fan of the series (and I’m willing to bet you are) you will absolutely love this house. It’s another one that’s not necessarily the scariest, but it is an unbelievable recreation of the show. The sets, characters and overall atmosphere put you right into the series as you try to survive the demogorgon. 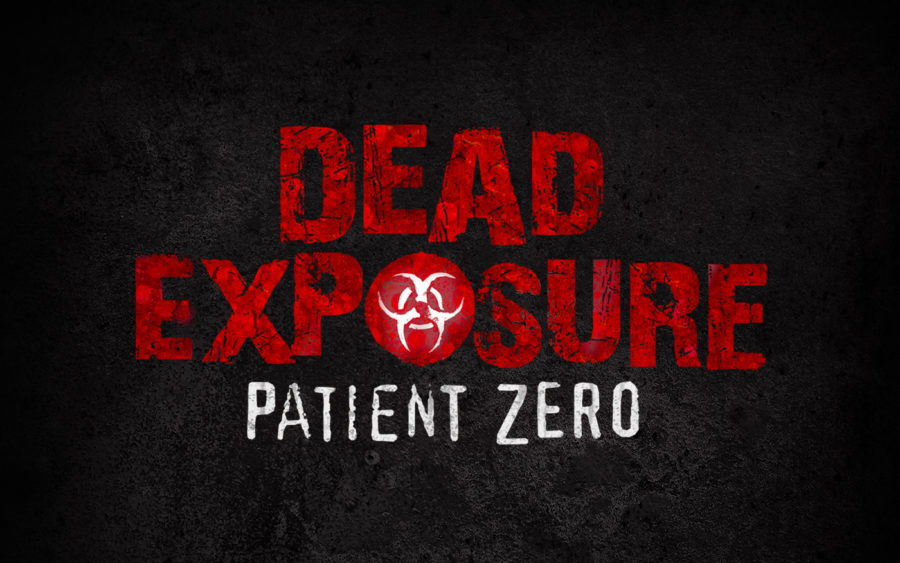 Wow. If you’re looking for a truly intense, scary experience, you will definitely love this house. This is a prequel of sorts to a house from a past Halloween Horror Nights event, but even without knowing any of the story, it’s definitely a fun experience.

I’ve never gone through a house that is more disorienting and really makes you feel so uncomfortable. Zombies come at you from every angle and there are a lot of very impressive effects used to create some very unique scares. And believe me, there are a lot of scares. Any other year, this would have been the scariest house of the event, but that title goes to… I’ll admit, when I recently rewatched the classic horror film, I had doubts about how well it would translate to a haunted house. I just thought it focused more on the characters and there wouldn’t be enough they could use in the house to scare you. I could not have been more wrong.

The house does differ from the film a bit. For example, the house starts where the movie essentially ends. Rather than easing you in with the minor paranormal happenings, you get thrown right into the madness. The use of puppets, effects and just about anything you could possibly want in a haunted house is done absolutely perfectly. Basically, you experience a scarier, amped-up version of the horror classic, and it could not be more fun.

Those are my initial thoughts and rankings on this year’s Halloween Horror Nights houses. Again, things could change. Some houses will get better with time, some will get worse. You never know when you’re going to have a perfect run, or walk through during a cast change and see almost nothing. The best way to experience these houses, is as often as you possibly can.