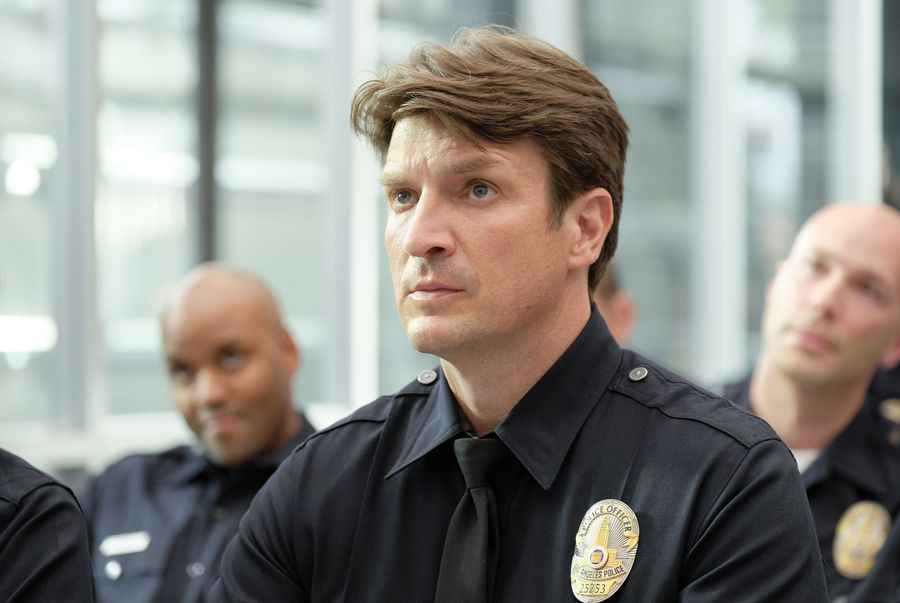 It is easy to compare ABC’s The Rookie to their former series Castle. Both feature cops, Nathan Fillion, and a gimmick. That being said, don’t skip The Rookie thinking that it is another season of Castle. The gimmick this time is that the series features a 40-year-old rookie in the Los Angeles Police Department. While the age does come up, the writers were wise not to place all their eggs in that one-gimmick and bring more layers into the classic “cop show.”

The series features Fillion as John Nolan, a recent divorcee from a small-town, who after a life-changing incident, decides to pursue a new life in Los Angeles as the city’s oldest rookie. The pilot takes a “day in the life” approach instead of a “cast of the week” take. This allows us to see a variety of situations and locations. The premiere takes advantage of many different locations including The Walt Disney Concert Hall and Hollywood Blvd. (The Wrinkle in Time on the El Capitan Theatre marquee tells us when the pilot was filmed). Despite LA’s reputation, the setting really helps the series pop visually. From the suspension of belief department… these cops have the biggest beat in Los Angeles. They go from Downtown to Hollywood and from the beach to the poorest neighborhoods. They must use their sirens to break through traffic as there is no way they would cover as much ground as they do while tackling LA traffic. 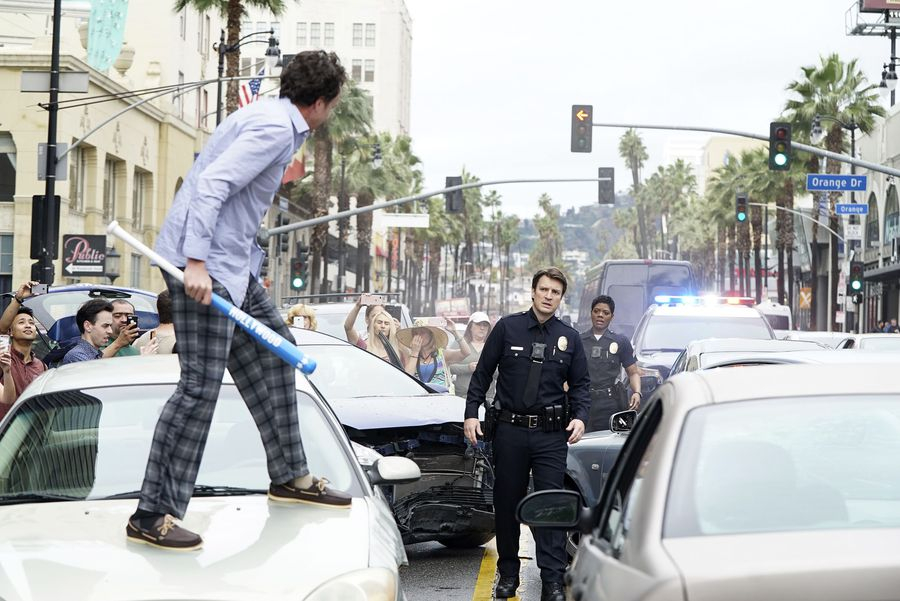 As is expected in a series premiere, the show introduces several characters while only being able to hint at their stories. That being said, the ensemble is able to stand out, even with the little attention they get in the hour. The logline of the series hints that humor will be more prevalent in the series than in the first episode. I hope this is true, as it is a bit odd to see a humorless Nathan Fillion. Don’t get me wrong, the show is far-off from “gritty,” but it nowhere near as light-hearted as Castle.

It may not be a surprise, but a romance subplot comes to light during the episode. It seems a bit unnecessary this early into the storytelling. It seems like a crutch to try and cater to the Castle fanbase. Many ABC pilots comes across as too soapy as if they are trying too hard to fit into the ABC brand. It isn’t too much of a distraction, more of an early waste of time. We all figured the show will go there. It just might have been more effective if they let the cast chemistry develop a bit first.

Ultimately, I look forward to the next episode, which is the ultimate goal of any series premiere. If the show gets some time to breathe, it could be a fun addition to the ABC lineup.

I give The Rookie 4 out of 5 mid-life crises.