Duke Basketball is one of the most successful teams in all of sports over the last 30+ years. Coach K is a basketball legend that has transcended the college game and led some of the greatest players of all time. And now, thanks to ESPN+, you can get an inside look at the team before the upcoming season.

Earn Everything is a new series on ESPN+ that takes you inside the Duke gym, locker room and even the home of Coach K. If you’re a fan of college basketball and shows like HBO’s Hard Knocks, you will definitely enjoy this series. 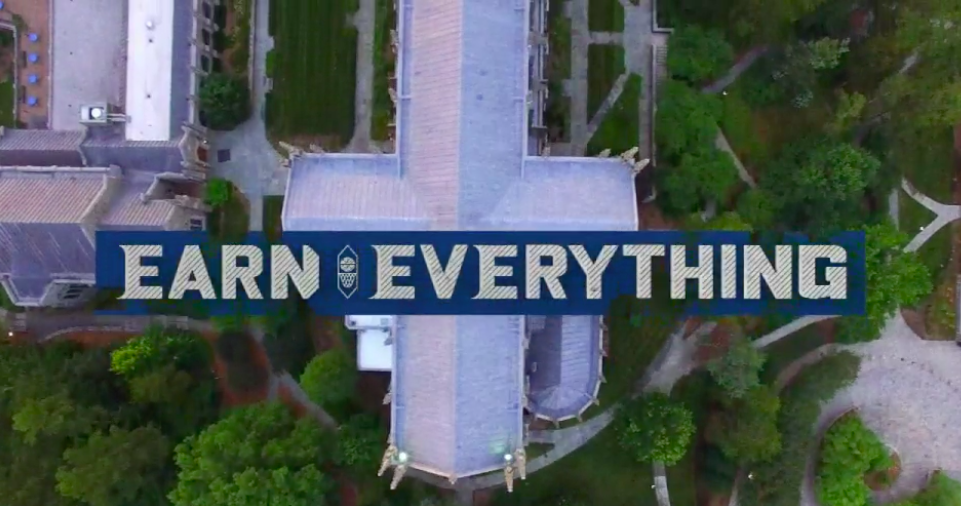 The first two episodes of the new series introduce viewers to Duke’s top-ranked recruiting class, which includes five-star recruits RJ Barrett, Zion Williamson, Cam Reddish and Tre Jones. It focuses on the group’s transition into one of the most prestigious college sports programs in the country.

If you’re a fan of athletics in any form, Earn Everything is worth checking out for Williamson’s athleticism alone. One notable segment features a test of vertical leap, which the freshman dominates. Not only does he set the highest number on the roster and break the Duke record, but coaches actually had to set weights under the jump tester because it wasn’t tall enough for him. As his teammate Barrett said, “It doesn’t make sense, he’s too big and strong to be moving that way.” 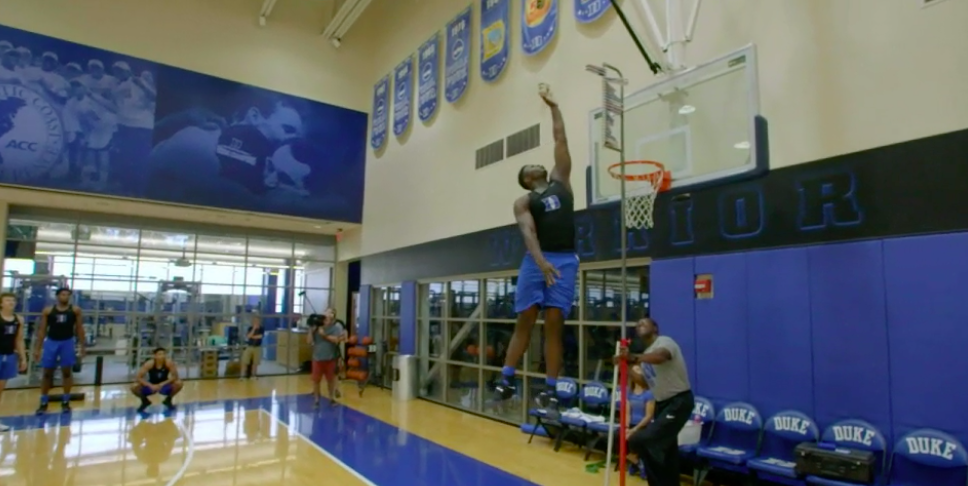 As is always the case with Duke though, it’s not all just about one player. The series emphasizes the importance of the whole team, as demonstrated by the title of the first episode, “The Brotherhood.”

And of course, no one understands the importance of the brotherhood more than head coach Mike Krzyzewski. The legendary coach is featured prominently in Earn Everything, as he instills his years of basketball wisdom on the young team and readies them for what is sure to be another successful Duke season. Any series to follow the trials and tribulations of a team in their preseason is going to be compared to Hard Knocks, and rightfully so. In my opinion, there are two aspects of this new series that add a wrinkle that Hard Knocks does not have.

The first is the fact that Earn Everything is focusing on, again, one of the most prestigious sports programs in the country. No offense to the Cleveland Browns, but they’re not exactly a dynasty. When watching this series, you know you’re seeing the absolute best that this level of competition has to offer.

The second is that we’re watching athletes at the college level. We’re essentially watching kids as they step into the spotlight and become superstars. Granted, these are freakishly athletic kids capable of doing astounding things (again, see the photo of Williamson above), but they’re still just 18-22 years old. These aren’t grown men in the middle of their careers. These are kids trying to see what they might become.

Earn Everything has a lot to offer. If you’re a fan of college basketball, shows like Hard Knocks or just sports in general, I would definitely recommend checking it out. The first six episodes of the new series are available now on ESPN+.