The 1986 Pixar Animation Studios short Luxo Jr. has left an indelible legacy on the history of computer animation, and the title character also gave Pixar its permanent mascot: an energetic desk lamp who bounds across the screen and lands on the company’s logo at the top of every film.

When the newly rethemed Pixar Pier area (formerly Paradise Pier) opened at Disneyland Resort’s Disney California Adventure theme park this past June, it was missing the iconic Luxo Jr. character, but thankfully that has been rectified. Fans who were paying attention knew that an animatronic version of the lamp was eventually due to be installed over the Pixar Pier entrance-way marquee. The only question was when. And the good news is that as of last week, Luxo Jr. has begun greeting guests as they cross the boardwalk into the fun-filled land at DCA.

Passing under that colorful Pixar Pier welcome sign, guests who look upward will see a friendly new “face”: the illuminated lightbulb of Luxo Jr., who cranes his neck, spins around, bobs up and down, and looks generally excited to see friends entering Pixar Pier. I visited this park on Friday to shoot the above video and also take some daytime and nighttime photos of this lively lamp. 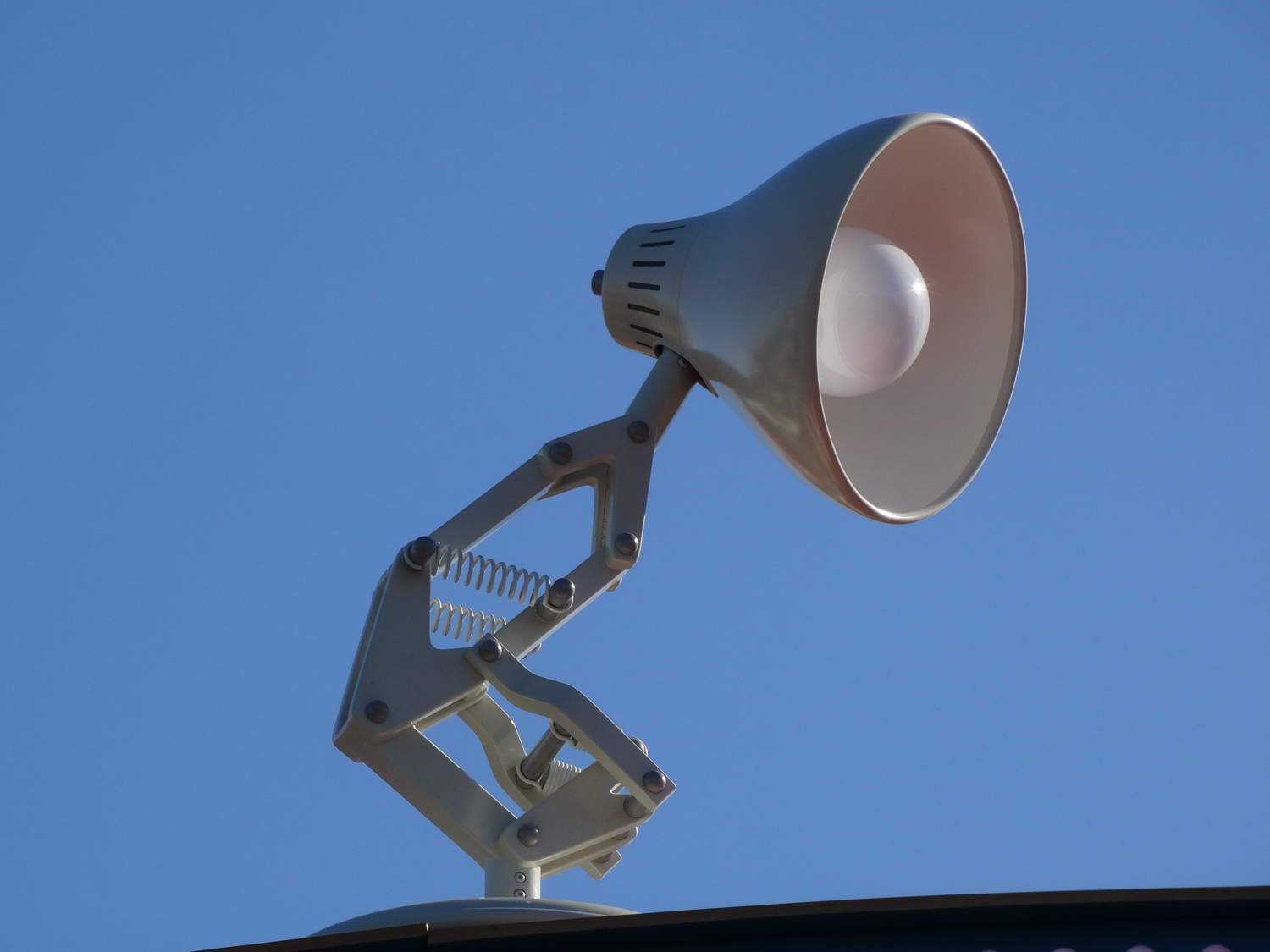 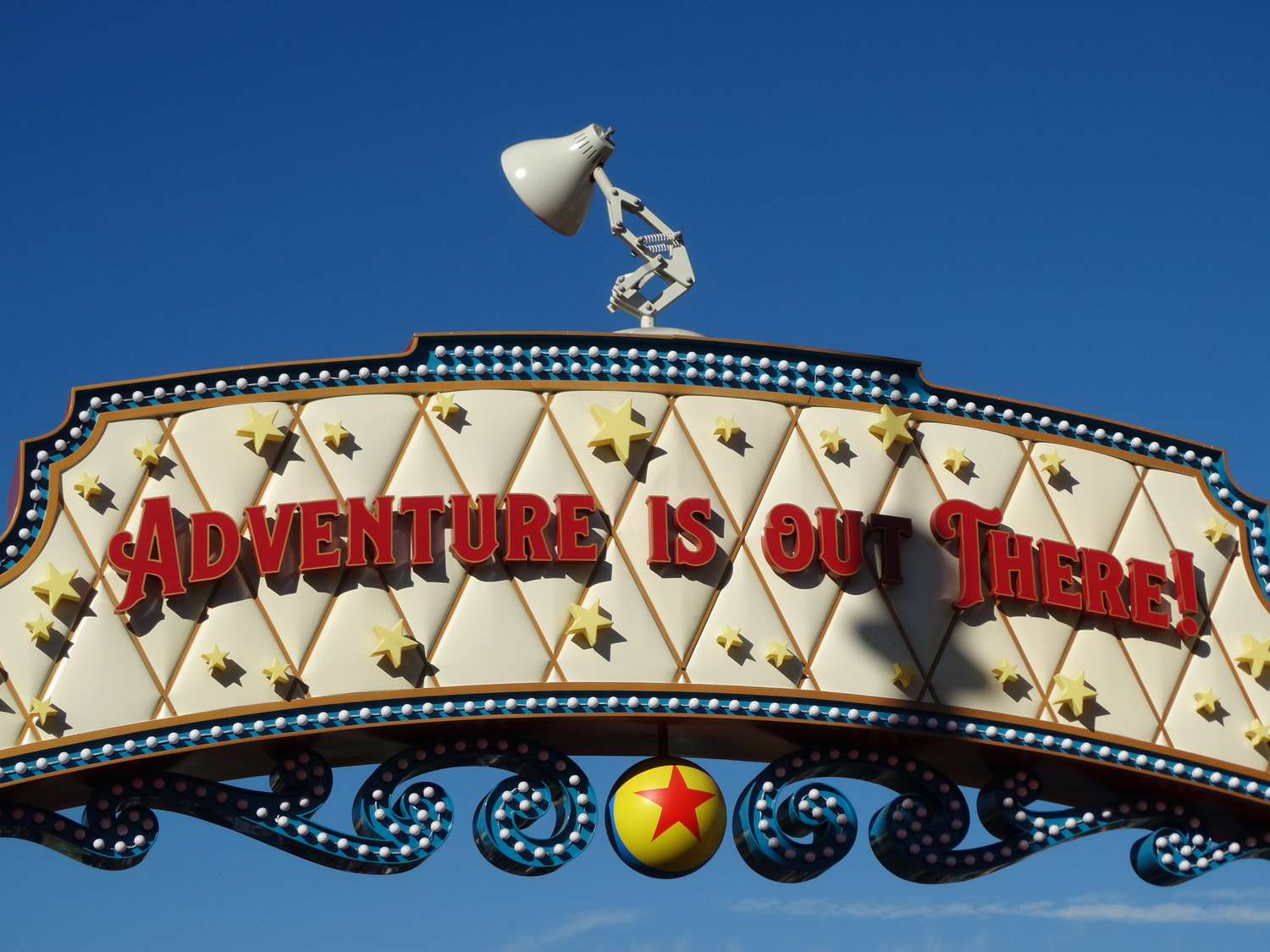 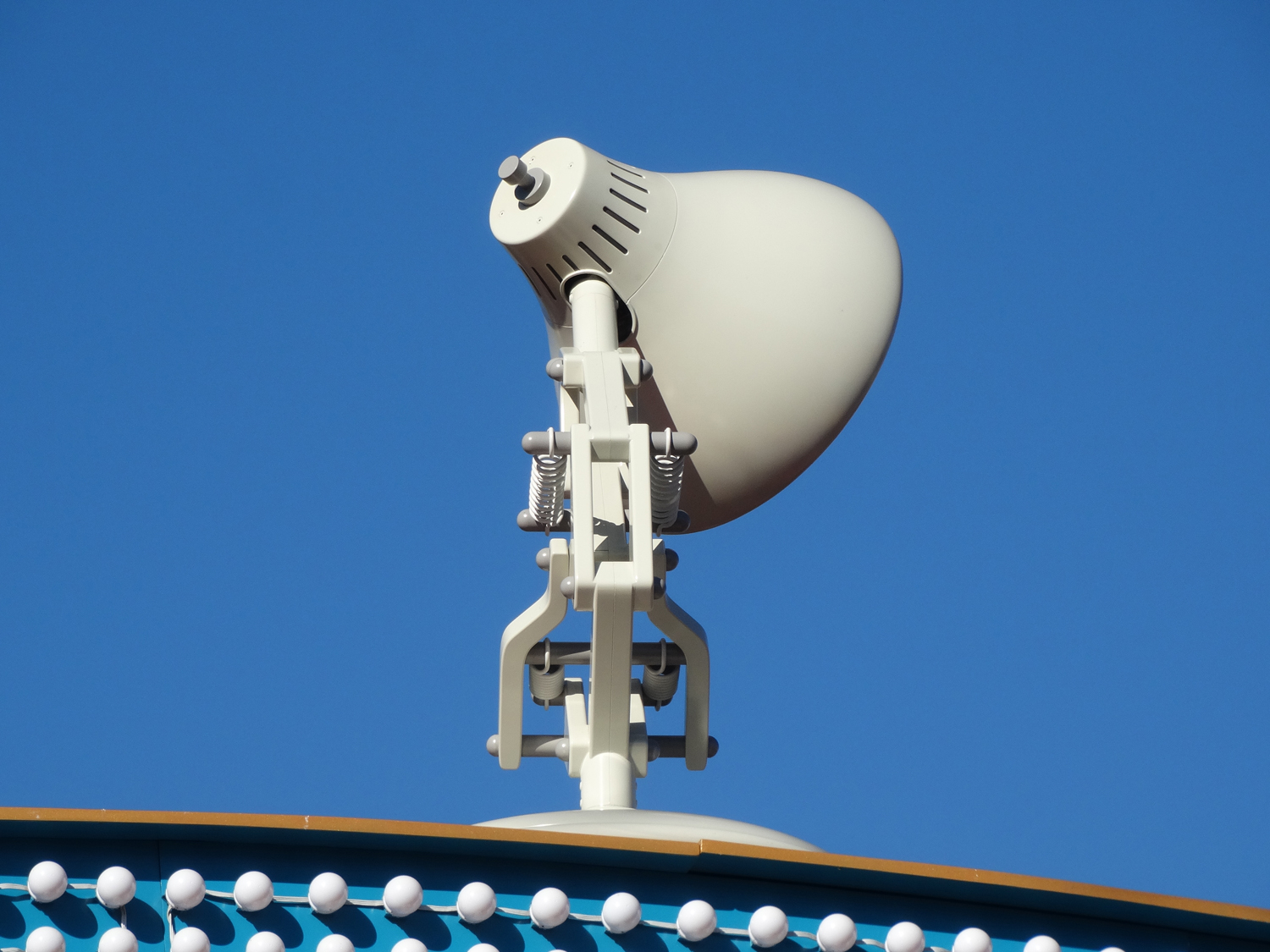 Luxo Jr. also made his debut in the Pixar Play Parade at Disneyland this past spring for Pixar Fest, and the parade continues entertaining families along Main Street, USA and the rest of the Disneyland parade right now! In the video below, Laughing Place reporter Doug Marsh interviews Disneyland Resort’s Director of Entertainment Service David Miller about the new additions to the fun Pixar-themed parade.

Luxo Jr. is now a permanent fixture at the entrance to Pixar Pier in Disney California Adventure at Disneyland Resort in Anaheim, California.