A Flurry of Fun Falls on Disney’s Hollywood Studios 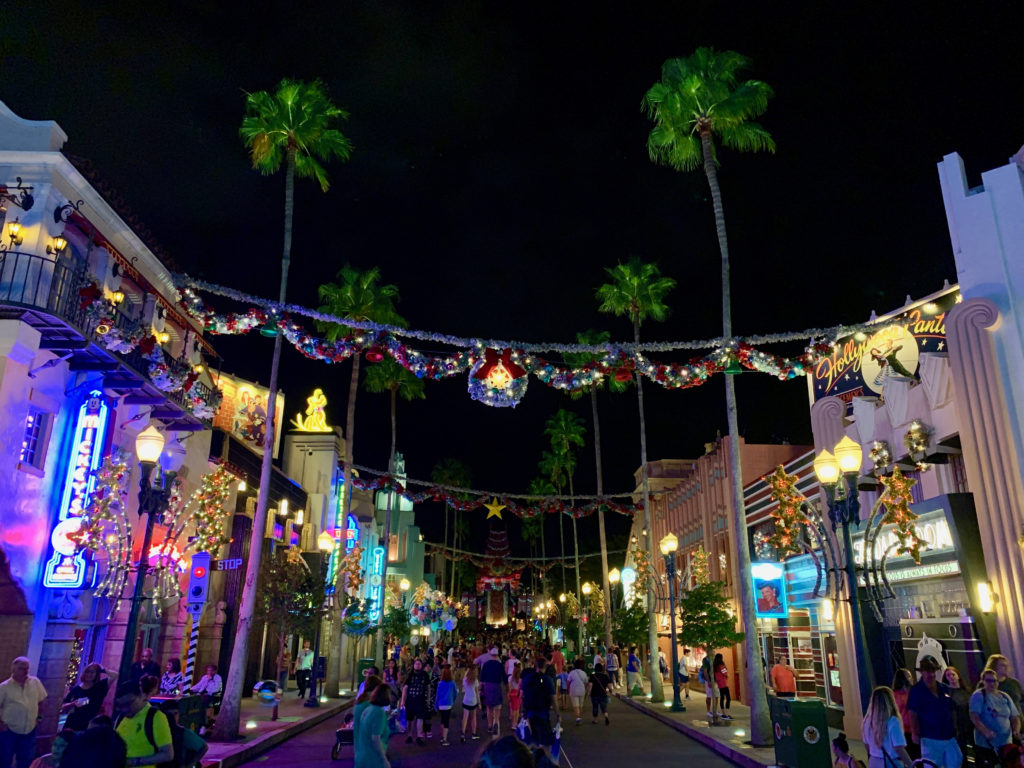 Disney’s Hollywood Studios, over the past few years, has really become the park for the holiday season. Between amazing projections, great fireworks, and timeless decorations, you can’t go wrong. 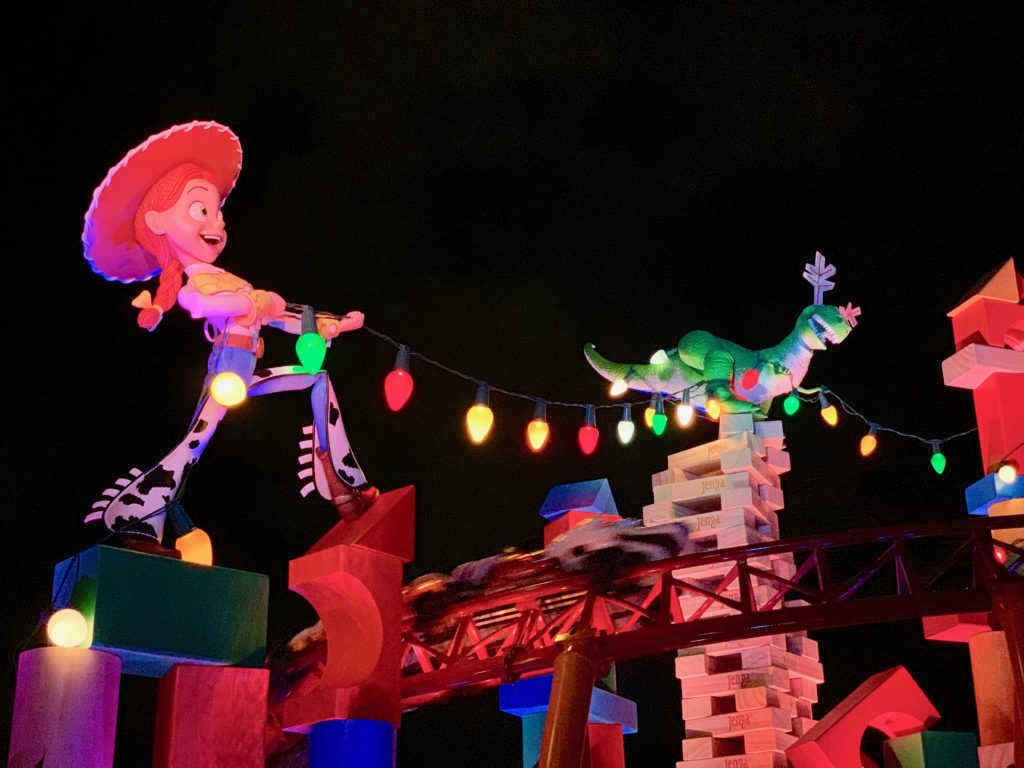 With the addition of Toy Story Land this past summer, the park has a whole new area already covered in Christmas lights to help put you in the festive mood. This area of the park at night has become a guest favorite and, with the addition of festive sayings and fun costumes from some of the residents of Andy’s Backyard, the whole area comes to new life! Disney’s Hollywood Studios also received its first holiday overlay attraction by adding two holiday songs to Alien Swirling Saucers.

Of course, as Disney’s Hollywood Studios still has the 50’s feel around Echo Lake, the decorations have to fit.

The highlight of any visit to this park during the holidays has to be Jingle Bell, Jingle BAM! This nighttime spectacular started a few years ago and has quickly become a personal favorite. With a touch of almost all the Disney Holiday animated fun, you can’t go wrong with this show!

Along with the great atmosphere and entertainment, Disney’s Hollywood Studios has some of the most fun holiday merchandise, including an all-new popcorn bucket. 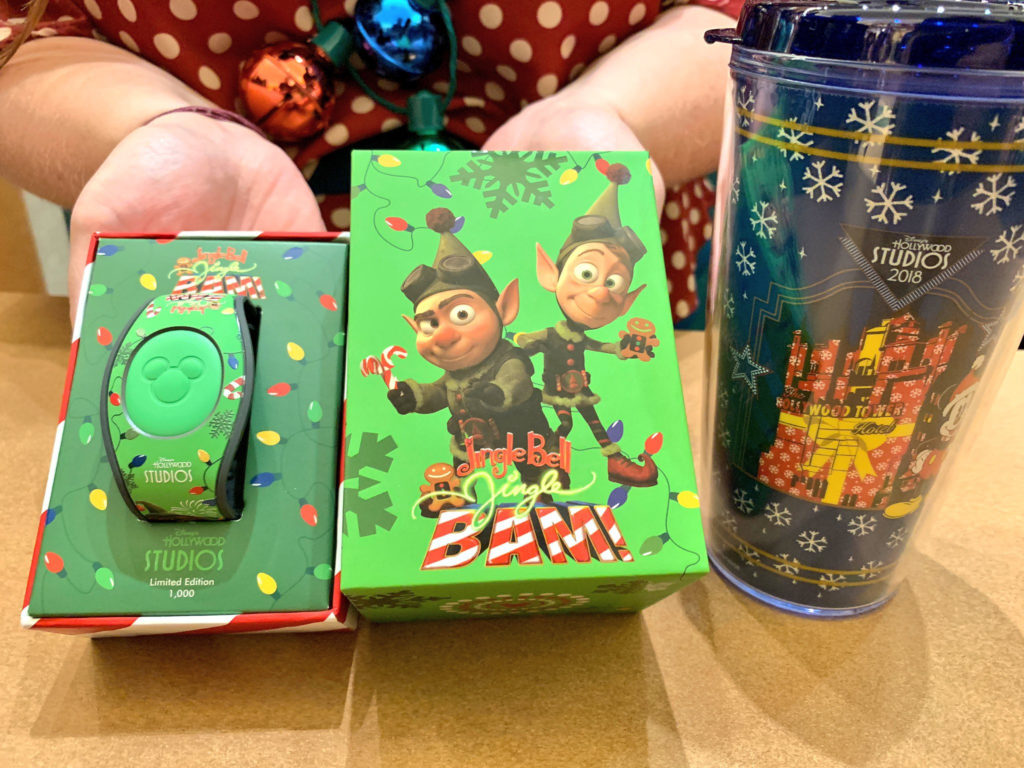 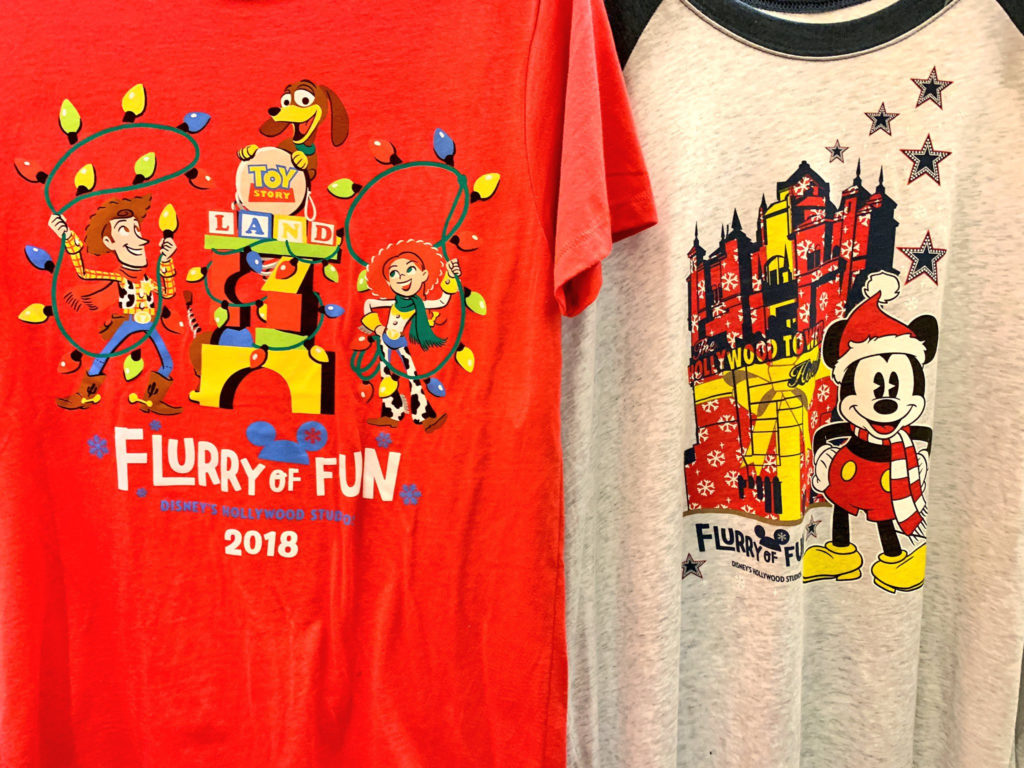 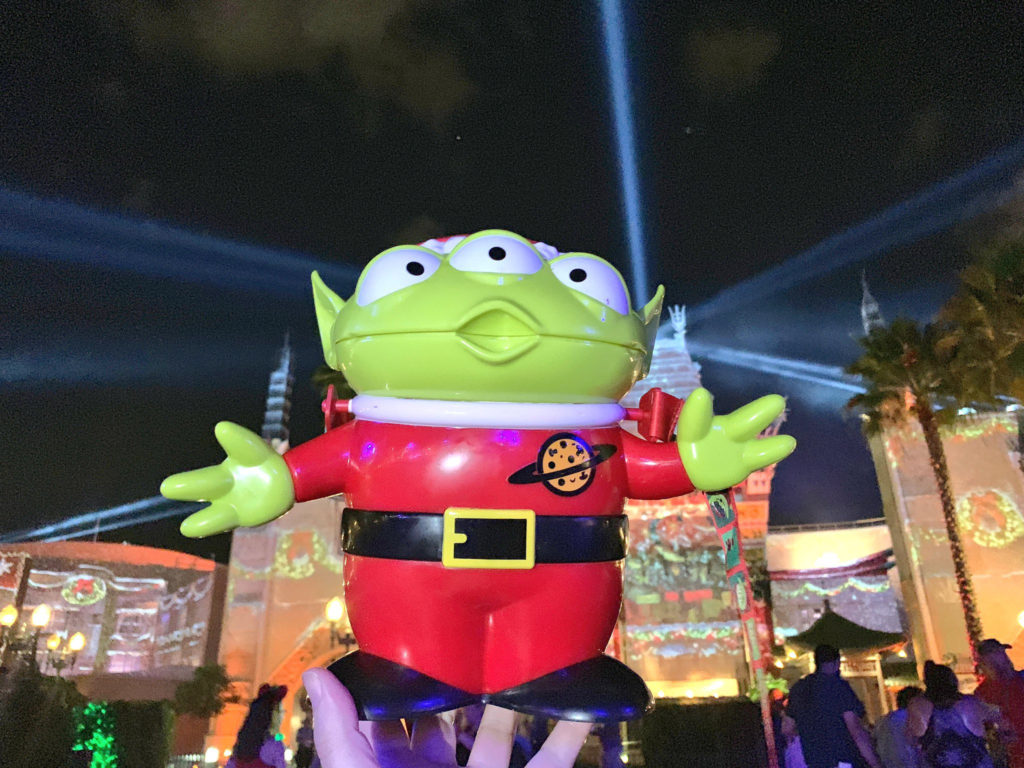 This is not all the holiday magic in this park: we will take a look at Sunset Blvd. — as well as a closer look at Toy Story Land — next week.