From the sinister minds that brought you The Purge, Happy Death Day and Paranormal Activity, comes the new Hulu original horror series Into the Dark, which turns every holiday into a complete nightmare.

The new horror anthology series will feature different actors in each episode, with a new episode being released each month focusing on a holiday from that month.

The series’ third episode is set to air in December and will add a bit of creepiness to the holiday season. The episode is titled “Pooka!,” and it follows a struggling actor who gets a job as a costumed character selling the hottest selling toy at Christmas time, only the toy has a mind of its own.

I will say, as I usually do with these reviews, I’m not the biggest fan of horror. So if you’re wonder if Into the Dark will keep you up at night, I can tell you I haven’t lost any sleep so far.

That being said, “Pooka!” is by far the strongest episode to date. “The Body” was fun and “Flesh & Blood” was unique, but “Pooka!” really takes this series to another level. It is certainly creepy, and will keep you on the edge of your seat, but it’s more of a psychological thriller than a true horror.

I’m not sure where to even begin with this review. “Pooka!” is so unique, it’s really unlike anything else you’ve seen. The story twists and turns constantly and just when you think you know what’s going to happen next, it goes in a different direction.

The cast has been fantastic in every episode of Into the Dark so far, but again, this episode takes it to the next level. Nyasha Hatendi plays Wilson and carries most of the episode on his own shoulders. He delivers a fantastic performance that will keep you invested the whole way through. 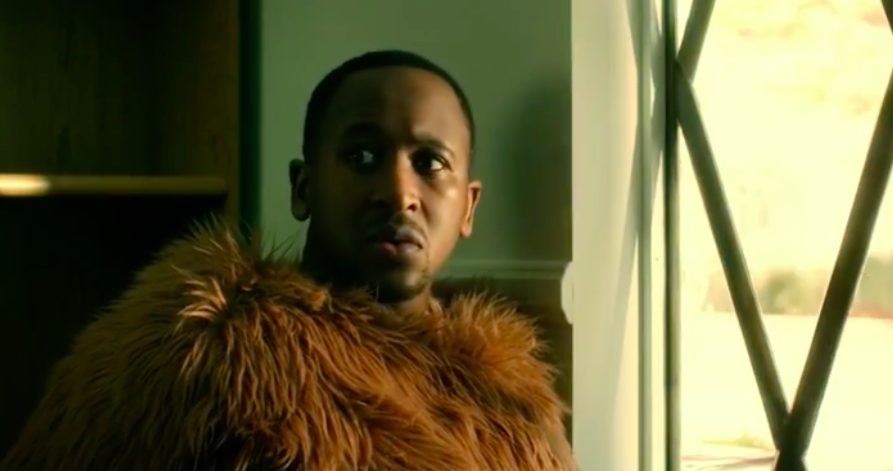 The story appears to take inspiration from A Christmas Carol, which gives it another nice holiday touch, aside from the events simply taking place around Christmas. Of course, there’s also the plot point of Pooka being the hottest toy at Christmas.

And that brings us to the real star of the episode: Pooka! This bizarre teddy bear… bunny… thing is everything the episode needs to be. It’s incredibly creepy at times and somehow absolutely hilarious at others. There’s something about a funny-looking creature being the subject of a horror film that makes it that much more menacing. And a grown man running around in a giant fuzzy mascot costume will never not be funny. Plus, Pooka has a theme song that is sure to get stuck in your head. It’s been playing in my head the whole time I’ve been writing this. “Pooka see, Pooka do, Pooka me, Pooka you.” So, you know, enjoy that.

I can’t stress enough how much I enjoyed “Pooka!.” The story deserves so much more attention, but I can’t get into it without spoiling it. The plot of this episode is so perfectly dark and twisted, the cast is fantastic and Pooka himself is the perfect mix of everything this series is going for. If you’re looking for something creepy to watch this holiday season, look no further than “Pooka!.”

Fair warning, as is the case with the previous episodes of the series, there is a fair amount of gore and other adult material in this episode.

“Pooka!” premieres on Hulu on December 7, with subsequent episodes of Into the Dark coming each month for a full year. Be sure to check out our review of the last episode, “Flesh & Blood” and check back for more reviews of this new Hulu original as I try to help you decide if each episode will cost you hours of sleep.