Disney has no place in Sin City. Well, at least that was the leading sentiment for some time—namely in the 90s when confusion (and a legal battle) surrounding Disney-MGM Studios and the MGM Grand were at a fever pitch. However, while Disney doesn’t have a huge presence on the Strip, a production of The Lion King enjoyed a successful run at Madalay Bay some years ago, a Marvel exhibit is currently on display at T.I., and other Disney goods can be found from the Forum Shops to Fashion Show Mall. And now, for the 2019 Consumer Electronics Show (CES), Google brought their own bit of Disney magic to Las Vegas, constructing a dark ride just outside of the Convention Center halls. The Google Assistant Ride is a full-realized—albeit not quite Disney-level—attraction that tells the story of how the company’s digital assistant product helped one family make the most of a birthday celebration. Complete with a queue and pre-show, the entire experience is tongue-in-cheek, billing itself as “part theme park attraction, part marketing stunt” and a quote in the hallway declaring,“Finally! Advertising you can ride!” Also in the queue were a couple of pieces of actual Disney property: the Mickey Mouse Google Home Mini mount and a Moana storybook. 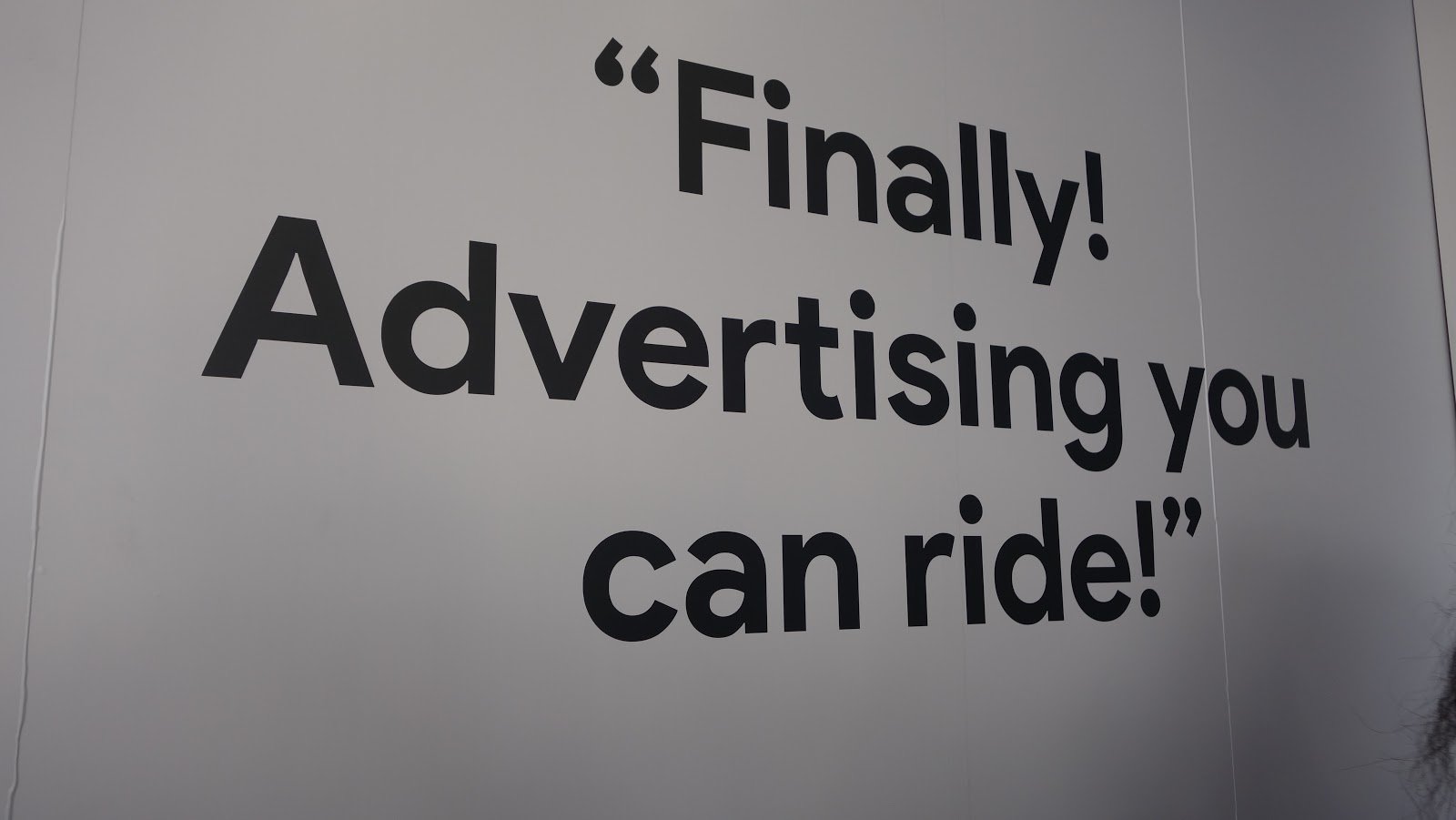 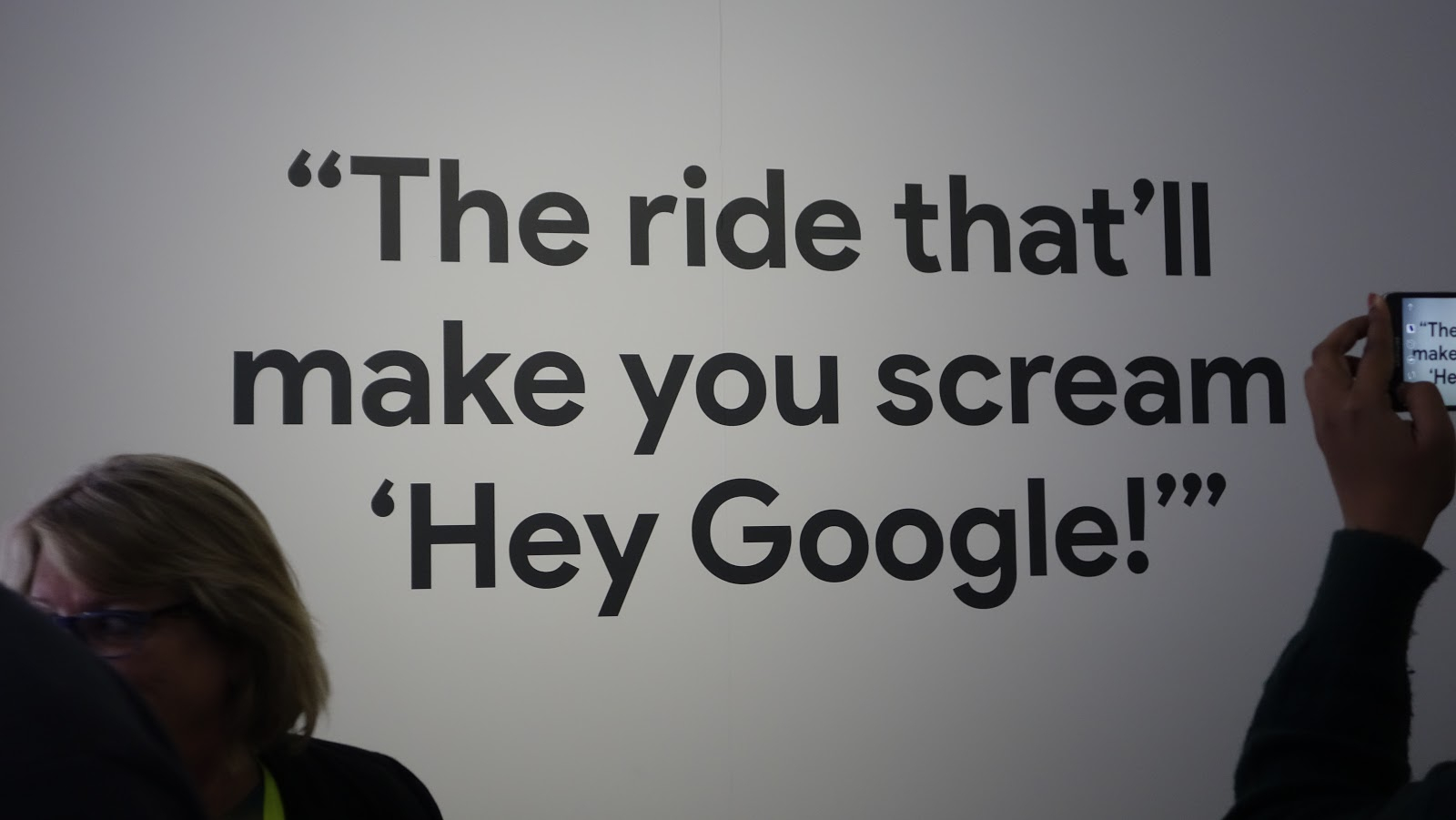 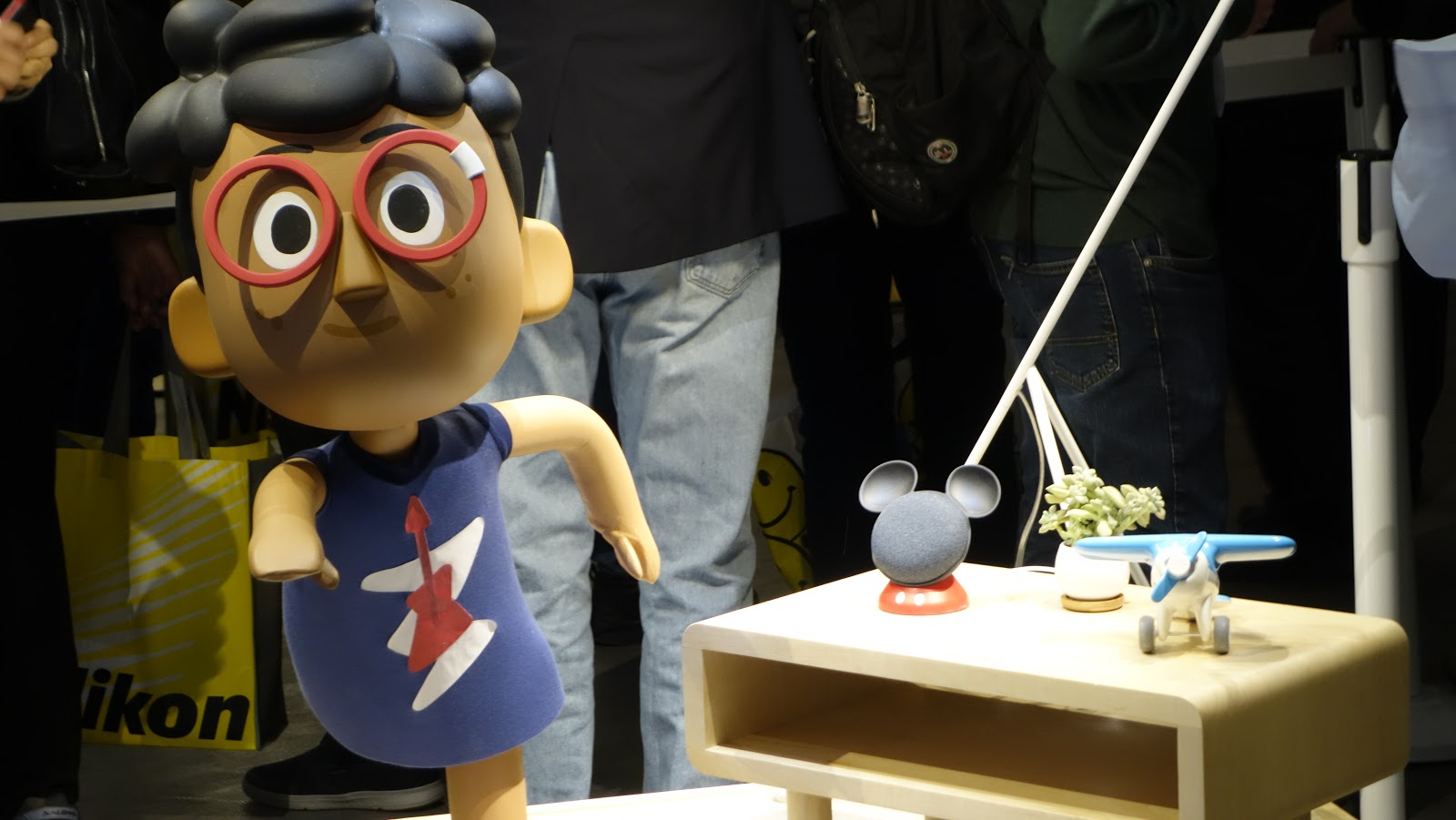 Although some journalists have described a ride experience similar to the classic “it’s a small world,” Disney Parks nerds would surely find Disneyland’s Alice in Wonderland dark ride a more apt comparison given the fact that is a train-based ride system (not a flume) and even includes a second-story outdoor section like the Fantasyland favorite does. But, if you’d rather see for yourself, here’s a peek at the pre-show and complete Google Assistant Ride:

When exiting, guests were able to scan their CES badge to claim their ride photo (yes, another Disney-inspired touch). However, one aspect of this experience you’re not likely to find at any Disney destination were the free sweets handed out to riders. Continuing the French boulangerie plot point from the ride, we were given our choice of four macaron flavors to munch on our way to exploring more of Google’s Playground. 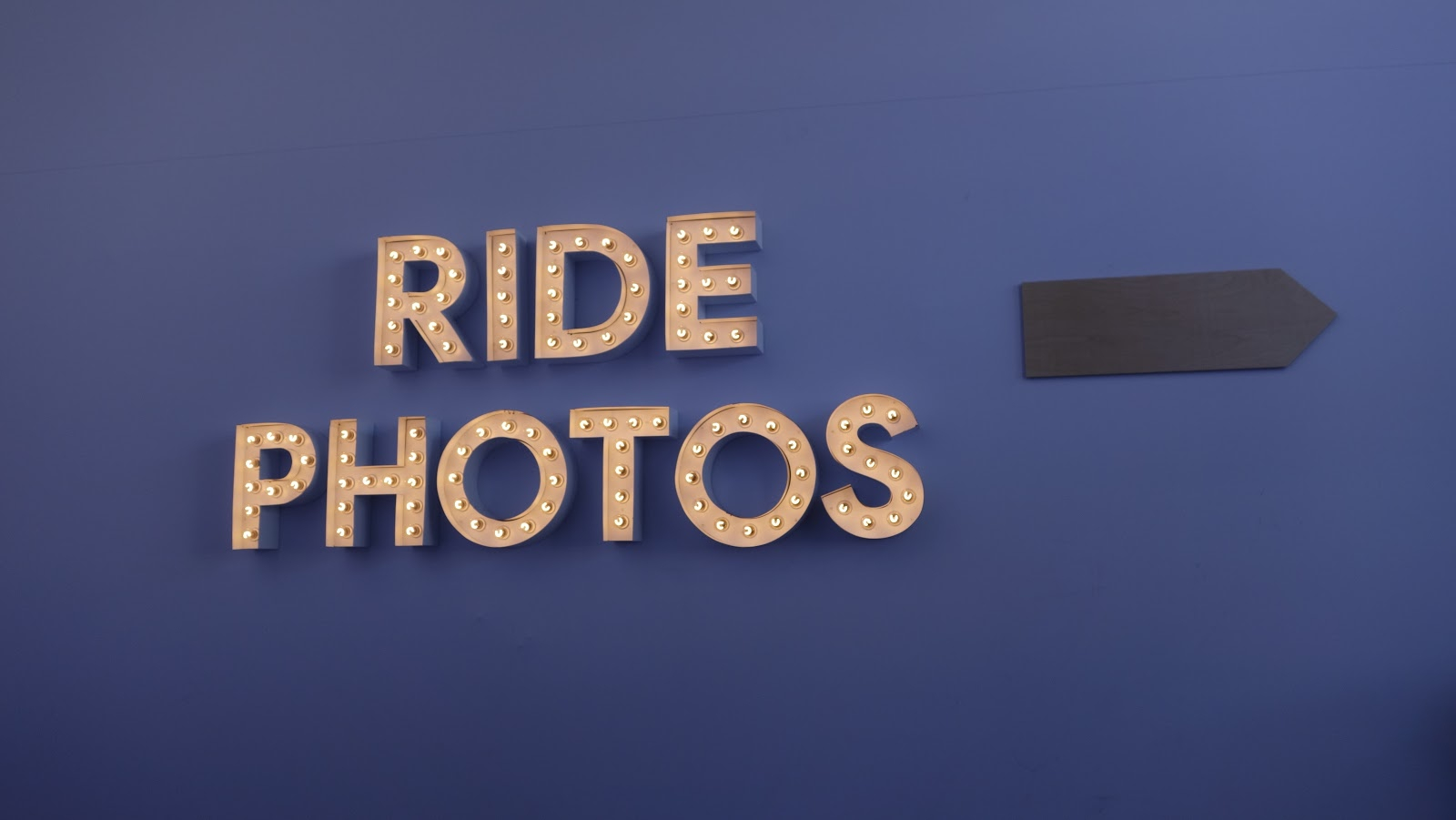 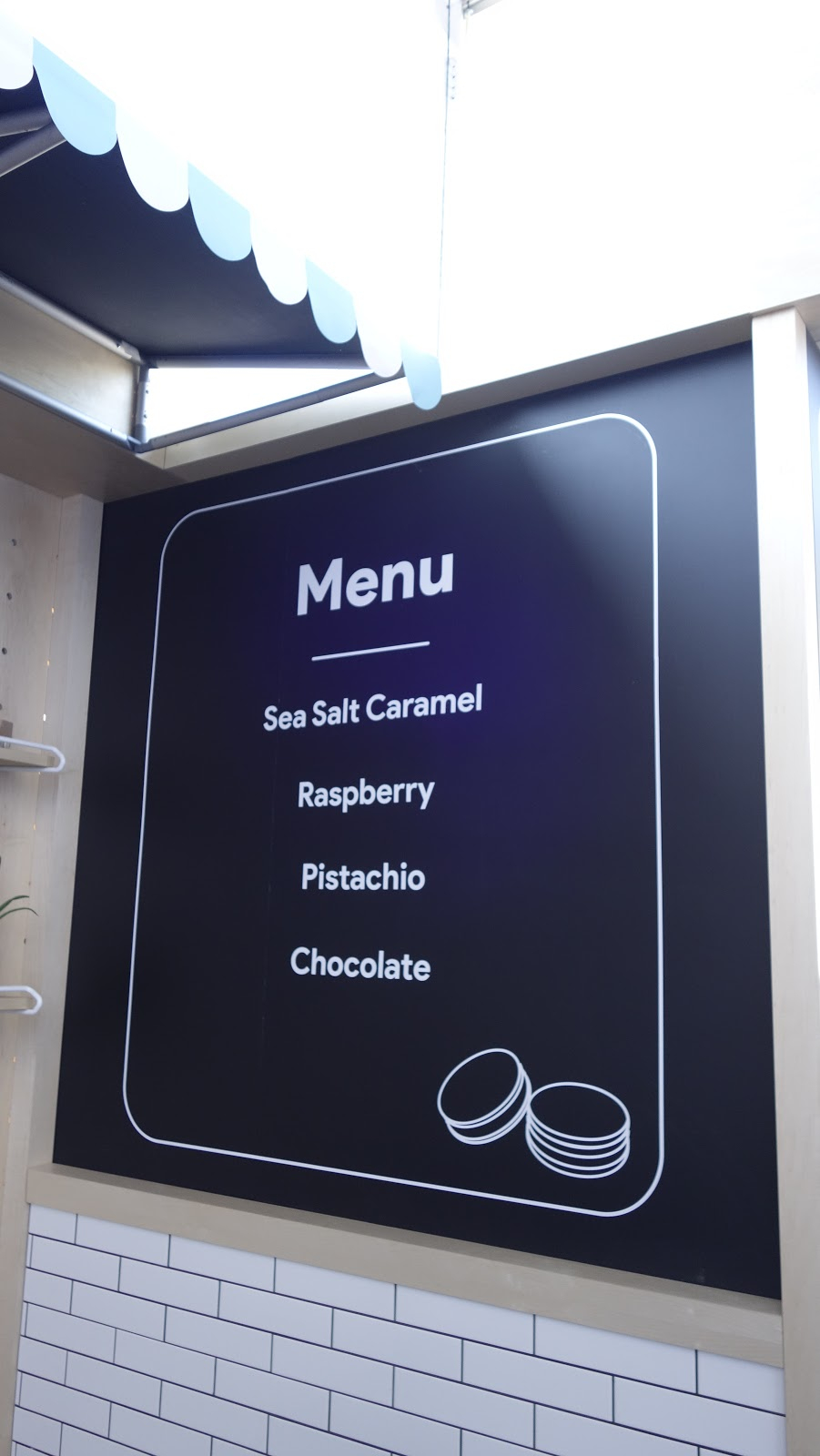 Incidentally, the real Disney has also made some news of their own at CES. On Tuesday, Walt Disney Studios CTO Jamie Voris appeared at the Verizon keynote to speak on the ways Disney’s StudioLab would implement and experiment with 5G technologies. Additionally, Disney worked with Audi on an in-car virtual reality game called Marvel’s Avengers: Rocket’s Rescue Run that debuted at the show. Still, for my money, The Google Assistant Ride was the most Disney-esque attraction at CES and proved a welcome surprise for this theme park fan.