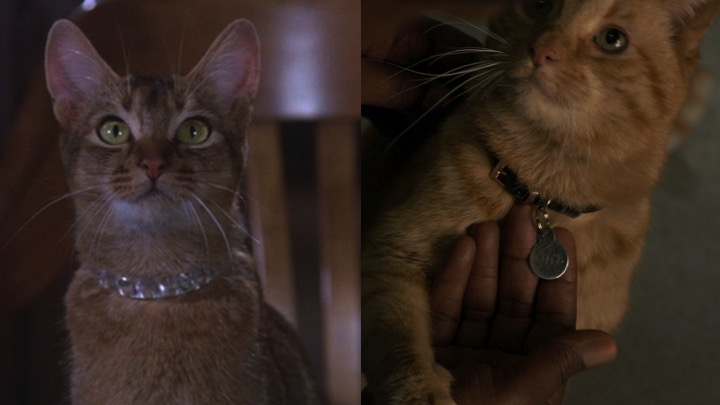 I’ll be the first to admit that I’ve never picked up a Captain Marvel comic, but I have seen Disney’s The Cat From Outer Space thrice. When I first saw Goose, the mysterious kitty in the trailer for Marvel’s first female-driven film (and feline driven?), I instantly thought of Zunar J-5/9 Doric 4-7. No, I didn’t just pound my fist onto my keyboard, that’s the name of the titular star of The Cat From Outer Space.

My theory is that Captain Marvel exists within the expanded cinematic universe of The Cat From Outer Space, making this film the connecting tissue that folds all Disney films into the MCU, including Jon Favreau’s upcoming remake of The Lion King, which makes sense because he directed Iron Man and it stars cats!

Zunar J-5/9 Doric 4-7 has a bejeweled collar that allows him to telepathically communicate with earthlings. Goose is a cat that belongs to Captain Marvel who is… well, I’m not exactly sure. I think she was abducted by aliens and given special powers and this cat was her space pet that came back to earth with her. And since there couldn’t possibly be more than one cat planet out in space, Goose and Zunar J-5/9 Doric 4-7 probably share a home world and may have even hung out around the same litter box or scratching post or wherever. Maybe they’re even related or Goose is Zunar J-5/9 Doric 4-7’s catnip dealer. IDK.

Captain Marvel takes place in the 1990s, but The Cat From Outer Space takes place in 1978. If Zunar J-5/9 Doric 4-7 got back to his home planet around 1985, this all probably works out in the timeline for Goose to meet Captain Marvel, become her BFF, and come chill on Earth for a minute. Also, the human scientists from the film worked for the US Government and for all we know, they were part of S.H.I.E.L.D (or Hydra). I mean, I don’t want to get your hopes up, but Sandy Duncan could be in Captain Marvel!!! 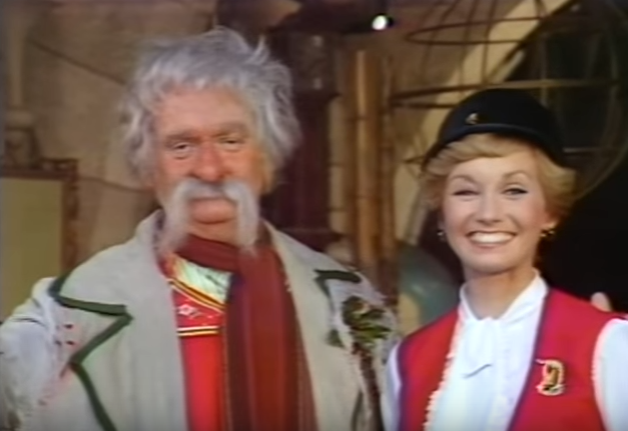 So Sandy Duncan probably has some scenes with Samuel L. Jackson, who will be on his best behavior in the presence of a Barney legend. I’m sure there’s also a scene where she flies and strikes a Peter Pan pose. Also, Goose is the name of the cat in this film and Sandy’s other Disney film was The Million Dollar Duck, which is not a goose, but it’s about eggs and apparently goose procreates by laying eggs because space cat. 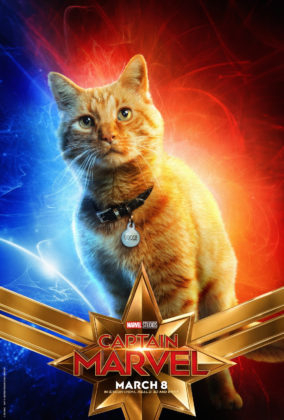 So the first Captain Marvel trailer had that scene where she fell through the ceiling of a Blockbuster Video and I mentioned that I’ve seen The Cat From Outer Space three times. Well the first time I ever saw it was when I rescued a VHS copy from the “Previously Viewed” bin when my local Blockbuster in Wisconsin decided that they no longer had enough shelf space for it. Obviously Captain Marvel’s Blockbuster store will have a similar copy available for keeps that she will take and watch with Goose. It will be their favorite movie of all time for obvious reasons and then Goose will be like, “Oh, that’s my old buddy Zunar J-5/9 Doric 4-7. We go way back. I’ll have to tell him that the earthlings caught his whole crash landing on tape. He’ll be so embarrassed.” And then Captain Marvel will be like, “What?,” and he’ll say, “Nevermind, it’s a cat planet thing. You wouldn’t understand.” They’ll laugh and share a Surge and then their blood sugar will crash. 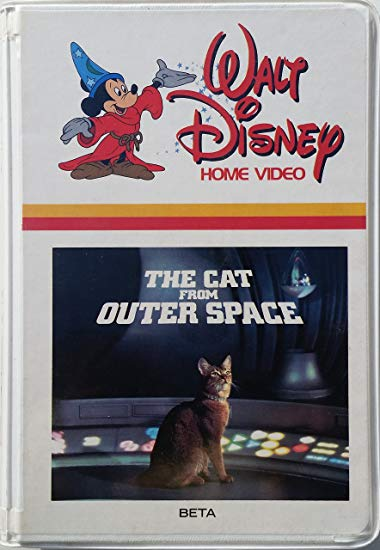