It’s official. Disney has acquired the entertainment assets for 21st Century Fox, finally closing a deal that took what felt like forever. The acquisition reloads Disney’s already stacked library with all kinds of beloved films, popular television series and more.

So what exactly will Disney be acquiring? What are some of the biggest part of the deal? What other properties are now owned by Disney, aside from the obvious ones? We’ve assembled our list of what we consider to be the top 21 things Disney just acquired from 21st Century Fox. We dive right in with one property you probably never thought would be owned by Disney. Family Guy is far from a family comedy, but the animated series is on its 17th season, so there’s no denying its success and popularity. Disney is known for doing their Not-So-Scary version of Halloween. With Rocky Horror, Disney could have a more adult option (perhaps a hard-ticket event at Disney’s Hollywood Studios?) Also, isn’t it time to bring midnight movies to Disney Springs? Buffy flips the script on the damsel in distress trope and turns her into a bada** destroyer of deadly creatures of the night. As mentioned above, BtVS could fit in perfectly with a more teen/adult themed event, and with dozens of “big bads” to choose from any evening would be a scream. Or Disney could stage special productions of “Once More With Feeling” the well loved musical episode. Set in the year 3000+ (and sometimes beyond that), this wacky series may not have gained the same amount of attention as another Matt Groening creation a bit further down this list. Nevertheless, it still enjoyed a long run across multiple networks and mediums, providing fans with many laughs and more than its fair share of tears as well. Incidentally, with this pick up, it seems Disney is also taking ownership of 30th Century Fox.

For many film buffs, choosing a favorite Mel Brooks project can be a tall order. Yet one title that comes up again and again is the classic horror parody Young Frankenstein. Now, thanks to the Fox deal, this one will surely move up the list for many Disney fans. 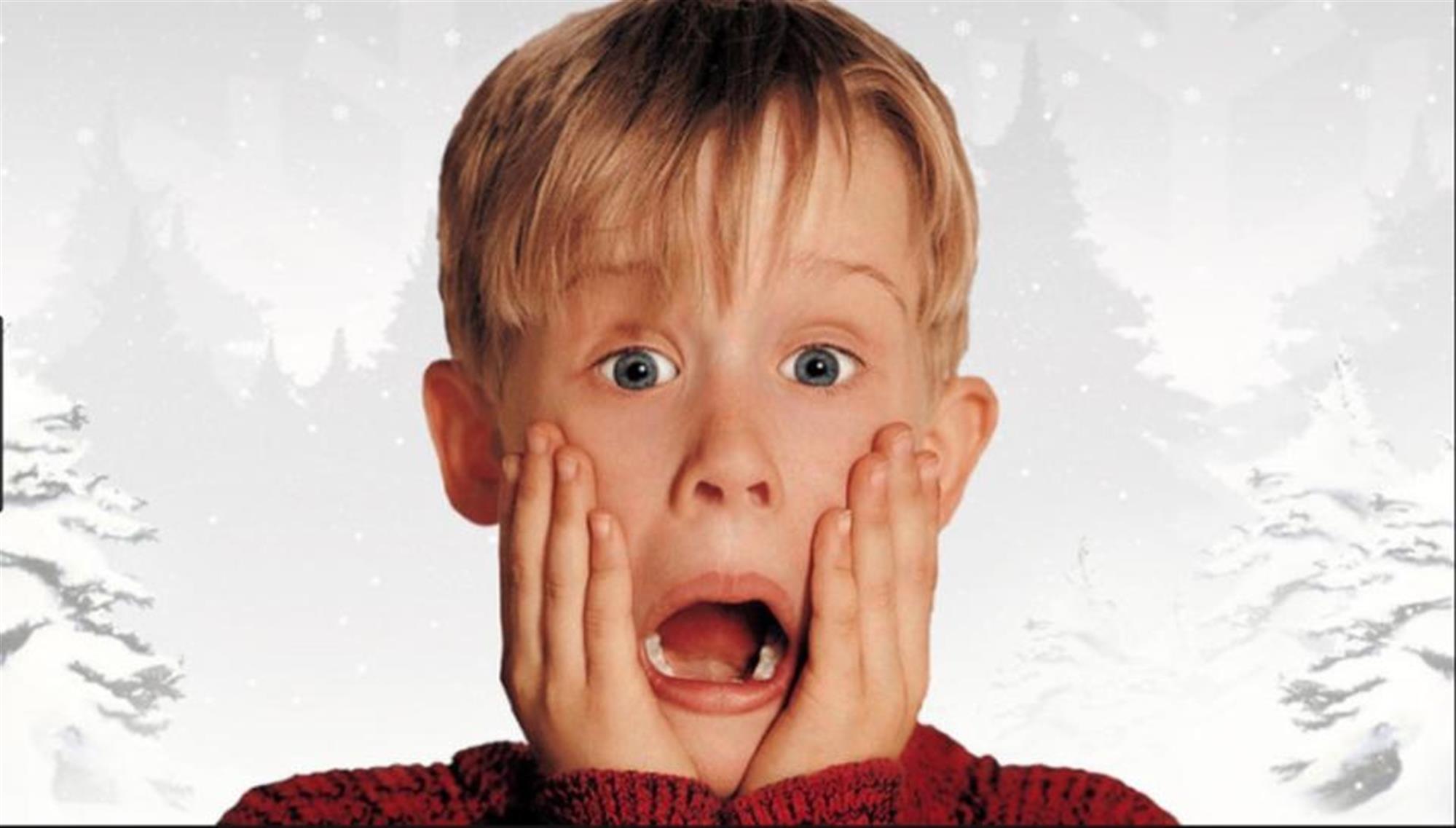 The first Home Alone (and perhaps the second) are modern holiday classics. This leads us to believe that Disney could tap that popularity for some sort of seasonal offering in their parks. Additionally, while there are already five Home Alone installments, this seems like a franchise that could easily be extended on home video or, say, a streaming service of sorts. 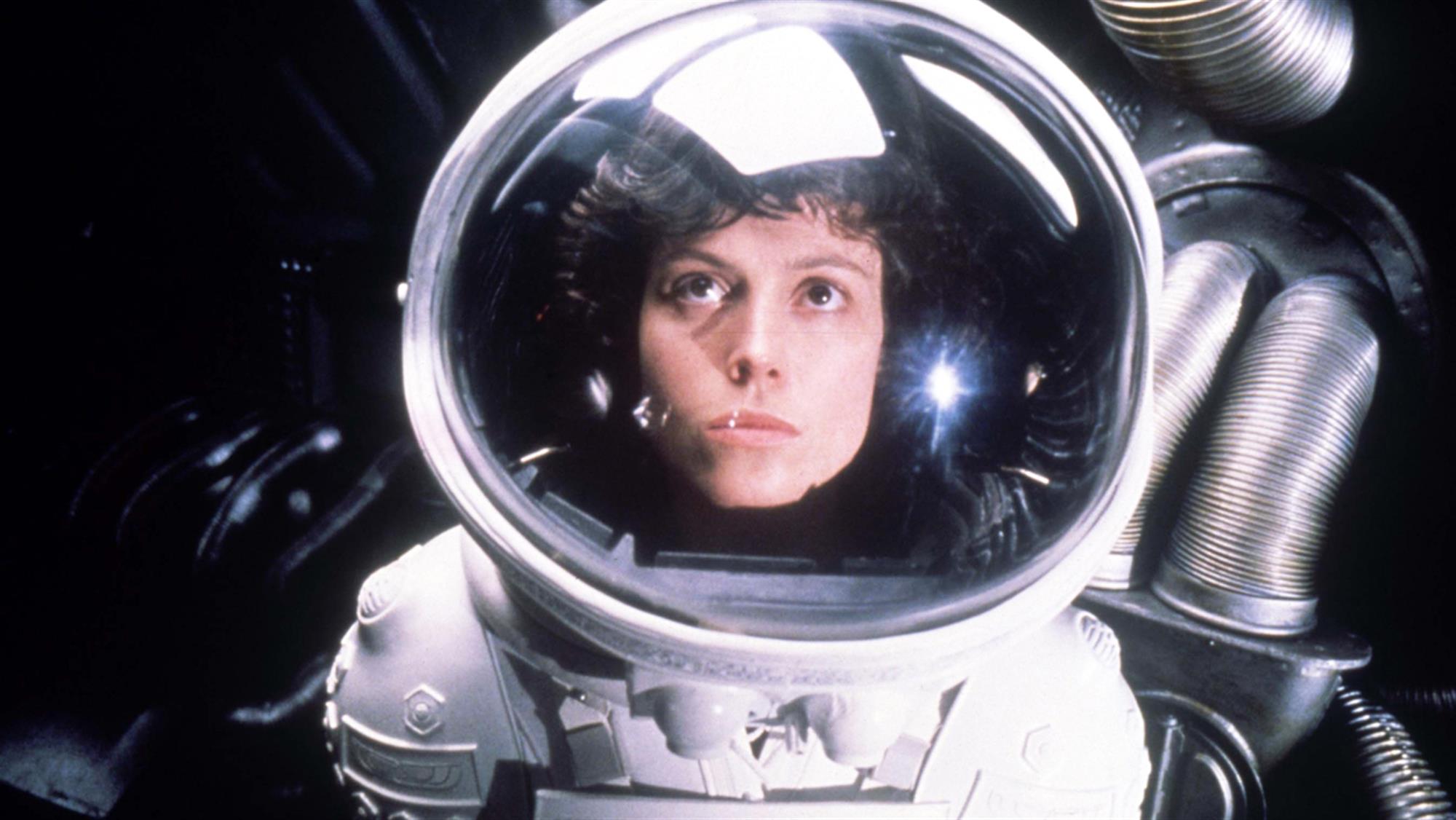 The Alien franchise may no longer be at Disney Parks with the closing of The Great Movie Ride, but Alien would give The Walt Disney Company their first major horror franchise. While the latest outing was a disappointment, this seems like a franchise that will eventually have a resurgence. Not to mention, it’s high time for Stitch to be evicted from Tomorrowland — how about a real Alien Encounter? 10 years ago, this would be a franchise that Disney probably wouldn’t consider doing much with. However, the current run of films has been successful and well-received by audiences and critics alike. Opportunities here range from retheming the treehouse attractions (although the apes are probably a bit too evolved for that now) or perhaps the addition of another Planet beside Pandora. 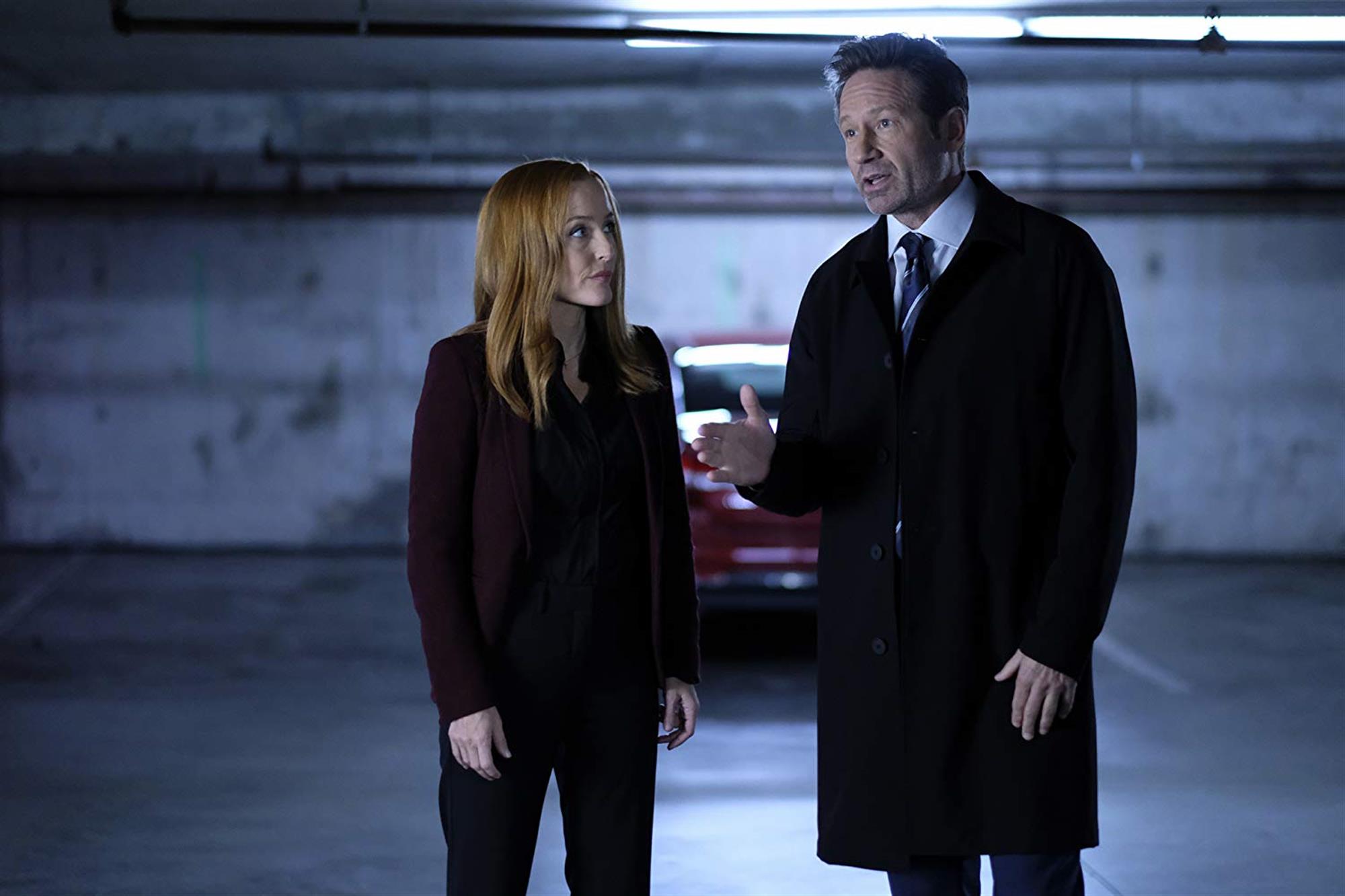 It’s not every day one of the most iconic television series of all-time changes hands, and it’s only considered to be the 12th most exciting part of the deal. That’s what Disney is getting in The X-Files. Not to mention a possibly even more iconic theme song.

Disney could finally unite Julie Andrews’ biggest roles under one umbrella. With Mary Poppins and Maria, Julie Andrews cemented her landmark status in the pantheon of movie musicals. We expect many airings during the 25 Days of Christmas. Obviously, Pandora is now open at Disney’s Animal Kingdom. Perhaps it was the key to beginning the conversations of a bigger relationship, much as the Star Tours redo opened the door for Disney to buy Lucasfilm. Perhaps we could see other portals to Pandora at other Disney destinations across the world. Remember how we mentioned the 25 Days of Christmas? Disney could add the best Christmas movie of all time to their lineup. Yippie Ki Yay! That’s right. The Merc with a Mouth is headed to the House of Mouse. Not only does this make for a very interesting potential addition to the Marvel Cinematic Universe, but it will also lead to Disney making R-rated superhero films. Perhaps a great fit for the Disneynature brand as well as Disney’s Animal Kingdom, National Geographic has a long history of sharing the world with its readers and viewers. With The Simpsons, Disney would gain the most successful animated television show of all time. They also continue their conquest of properties that have a presence at Universal theme parks.

Sure, the look at the castle to the tune of “When You Wish Upon a Star” is a nice introduction to Disney’s films, but the 20th Century Fox Fanfare is what most people think of when it comes to the beginning of movies. It’ll be interesting to see what Disney does with the classic fanfare as they keep the Fox banner going. The Fantastic Four were farmed out to Fox before Marvel started making their own movies. Unlike the X-Men, there has never been a good Fantastic Four film, resulting in the death of the franchise. Does Kevin Feige have the secret ingredient to make the first family of Marvel a success? Folks, Disney just acquired an incredible library of movies that come under this banner. Quirky, touching, terrifying, and award-winning, Fox Searchlight has made a name for itself, routinely producing poignant films. It’s no wonder that Disney CEO Bob Iger has consistently cited Searchlight as one of the prized assets of this acquisition. With Spider-Man in the Marvel Cinematic Universe, the biggest hole in the shared universe concept is the X-Men. While they played a huge role in reviving the superhero genre, their last film was considered disappointing. Perhaps Kevin Feige and his team can work their MCU magic on the franchise as much as they did with Sony’s Spider-Man. While Disney (through Lucasfilm) owns the rights to all other Star Wars films, the one that started it all was still at Fox. For that reason, when the films were released digitally, it is the only film to retain the Fox Fanfare. Not only does the acquisition bring all the films together but perhaps Disney would also consider returning the wonderful Fox intro to the other Star Wars films. When it hit airwaves 2009, Glee became something of a cultural phenomenon. Unfortunately, diminishing returns in terms of quality during subsequent seasons led to its relatively quick demise. Still, especially in a world where ABC brings American Idol back, there’s definitely room in the Disney canon for some more starry-eyed singing teenagers. 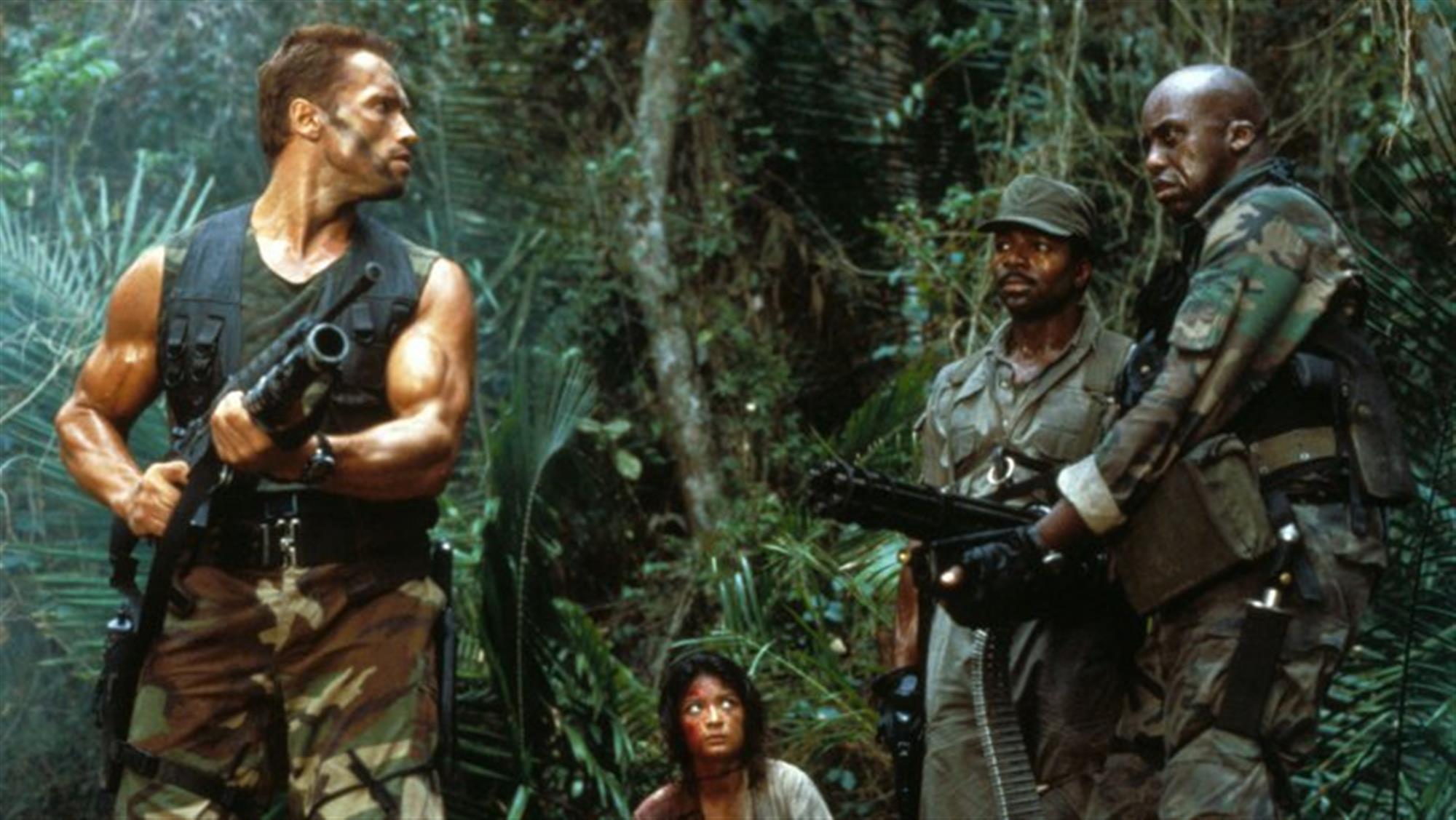 Whether he is taking on aliens or battling humans, the Predator is one of those franchises that seems destined to come back around every generation or so. Next time he comes around, it could be for Disney. 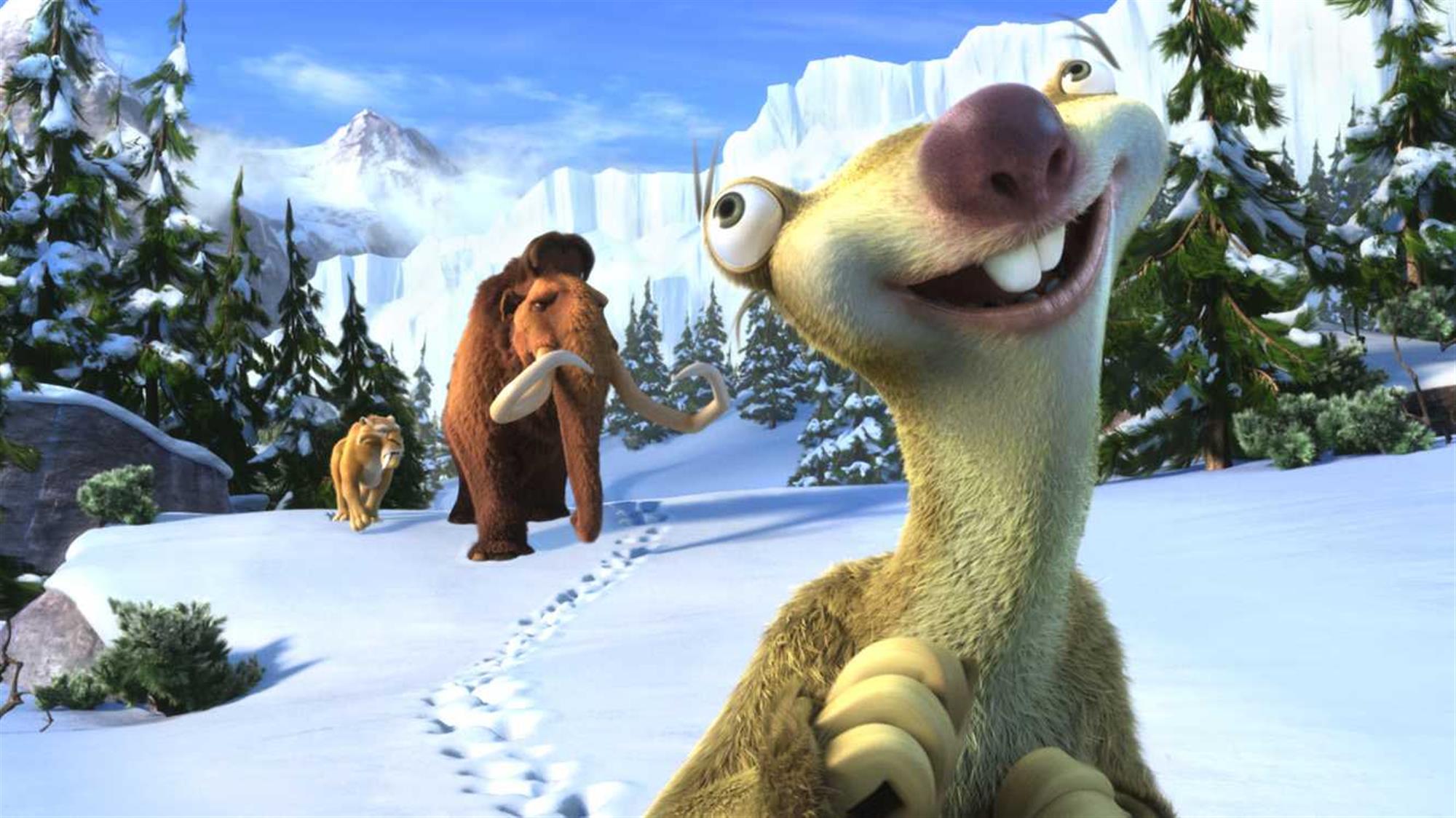 Unlike the real Ice Age, this franchise seems destined to last forever. While not considered a peak of the animation genre, you can’t deny the franchise’s popularity. 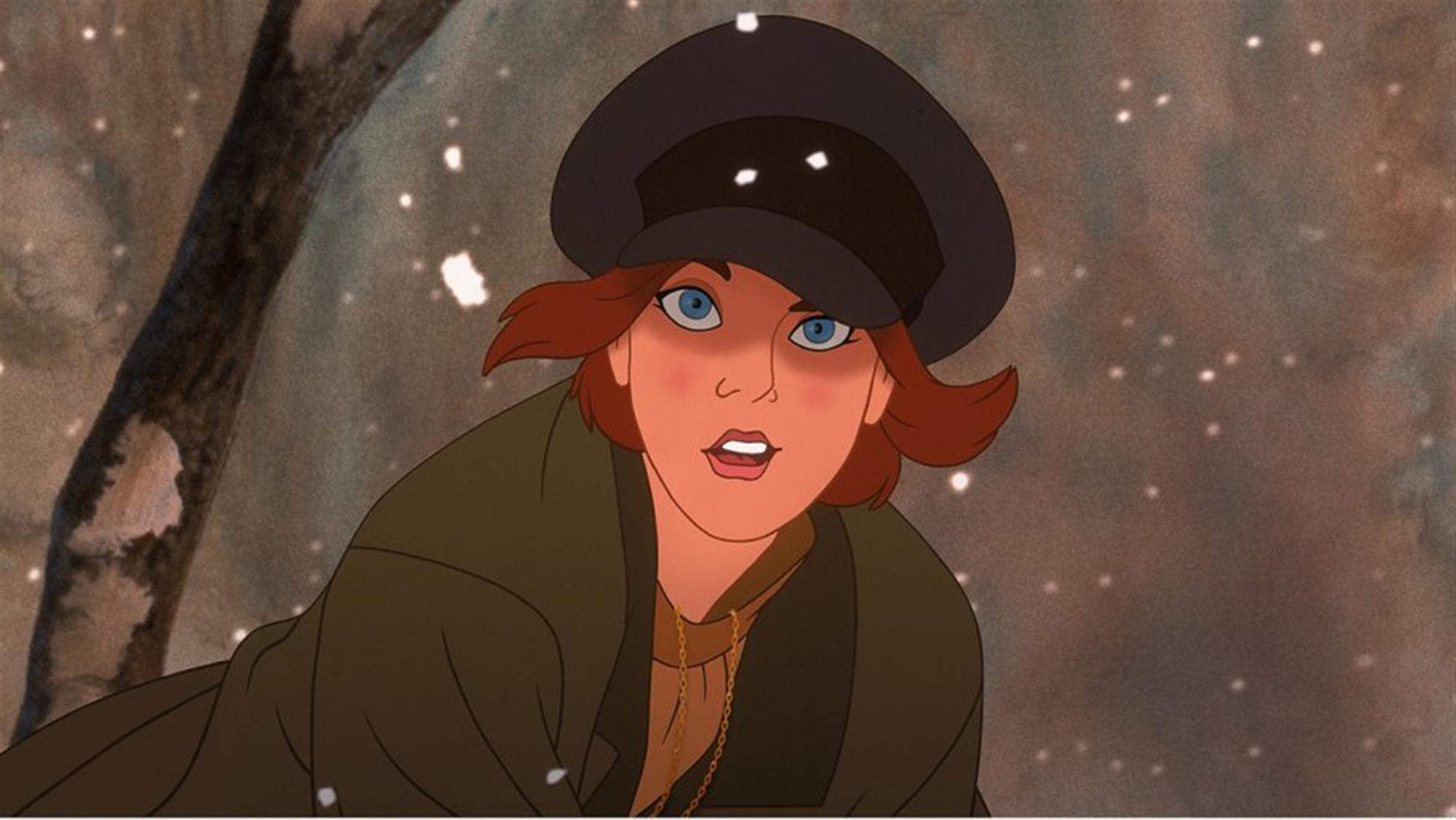 Everyone thinks this movie is Disney, so might as well make it one. The movie inspired a Broadway show that is currently enjoying a solid run. Three words: Disney’s Animal Kingdom — just as long as Eddie Murphy doesn’t wander over to the Haunted Mansion for any reason. This family-friendly franchise has been very successful over the years. Perhaps the franchise could continue but instead focus on a magical overnight at a Disney park. 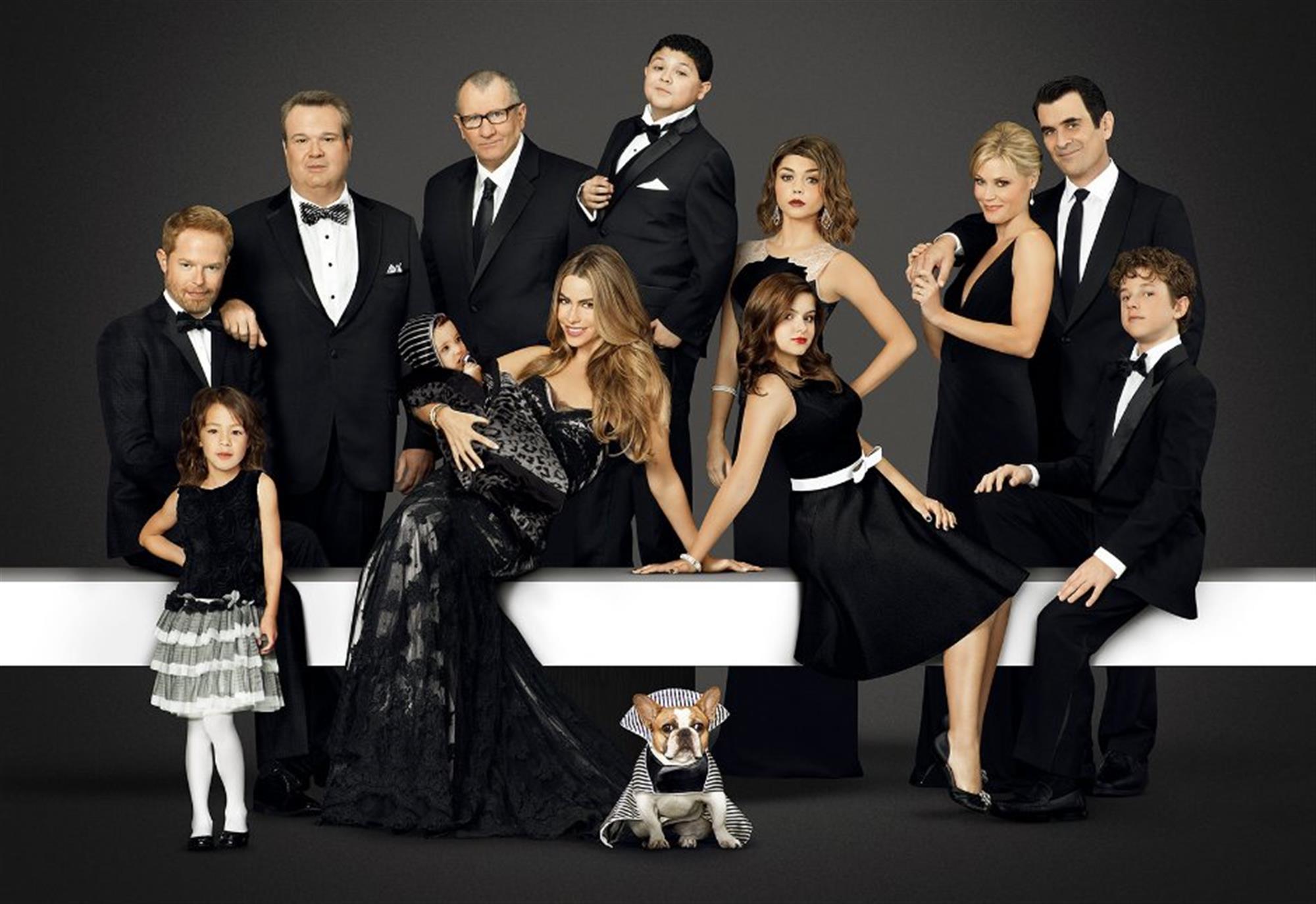 While Modern Family is the most successful ABC show in recent memory, it’s not actually owned by Disney. As you’ve probably guessed by now, the show is, instead, produced by Fox. Though it will end its run after one more season, Disney will surely be pleased with the syndication money the series will generate for years to come.

Snow White and the Three Stooges Disney might have the best version of Snow White ever made. That being said, does Fox have the second best? Can you think of anything better than the beauty of Snow White matched with the highbrow humor of the Three Stooges? Glee was just the beginning of Ryan Murphy’s relationship with Fox. Although his Scream Queens show was killed after two years on Fox broadcast, American Horror Story and American Crime Story have been big hits for cable’s FX. Murphy has since moved on to a new overall deal at Netflix, but these two franchises aren’t going anywhere just yet. Big Damn Heroes. Space western set in the near future. Nathan Fillion before network television loved him. Oh, and that one guy who’s been a Disney studios staple since Wreck-it-Ralph…what’s his name? ALAN TUDYK! This short-lived series was cancelled after only a few episodes aired (gorram reavers!) but its fanbase is steadfast. Smart and unique, Firefly doesn’t need a reboot, but it could potentially inspire new attractions, and with a whole galaxy of planets to choose from, maybe Firefly could thrive in a VR setting? That could certainly fill a Void…

So which of these newly-acquired assets joining The Walt Disney Company are you most looking forward to? Let us know!