As part of the ongoing transformation of Disney’s Hollywood Studios, Lightning McQueen’s Racing Academy debuted at the Sunset Showcase Theatre. The venue, which is located near Rock ‘n’ Roller Coaster, was formerly used for special events such as Club Villain, but this is the first permanent experience.

Even before you get to the theatre, Lightning appears on new banners, part of the 30th Anniversary series, as well as the park map. As part of the show, they have installed a 17-foot-tall wraparound screen which adds to the racing action. The screen is more than 200 feet end to end and is used throughout the show. It’s also utilized beforehand as Sally and Mack play Cars trivia.

After a dazzling introduction, Lightning is present in the “metal,” to guide the new recruits through a simulator session. But during the course of the ten-minute show, an old nemesis appears to cause havoc. Lightning calls open the audience to help him out so he can win the virtual race. 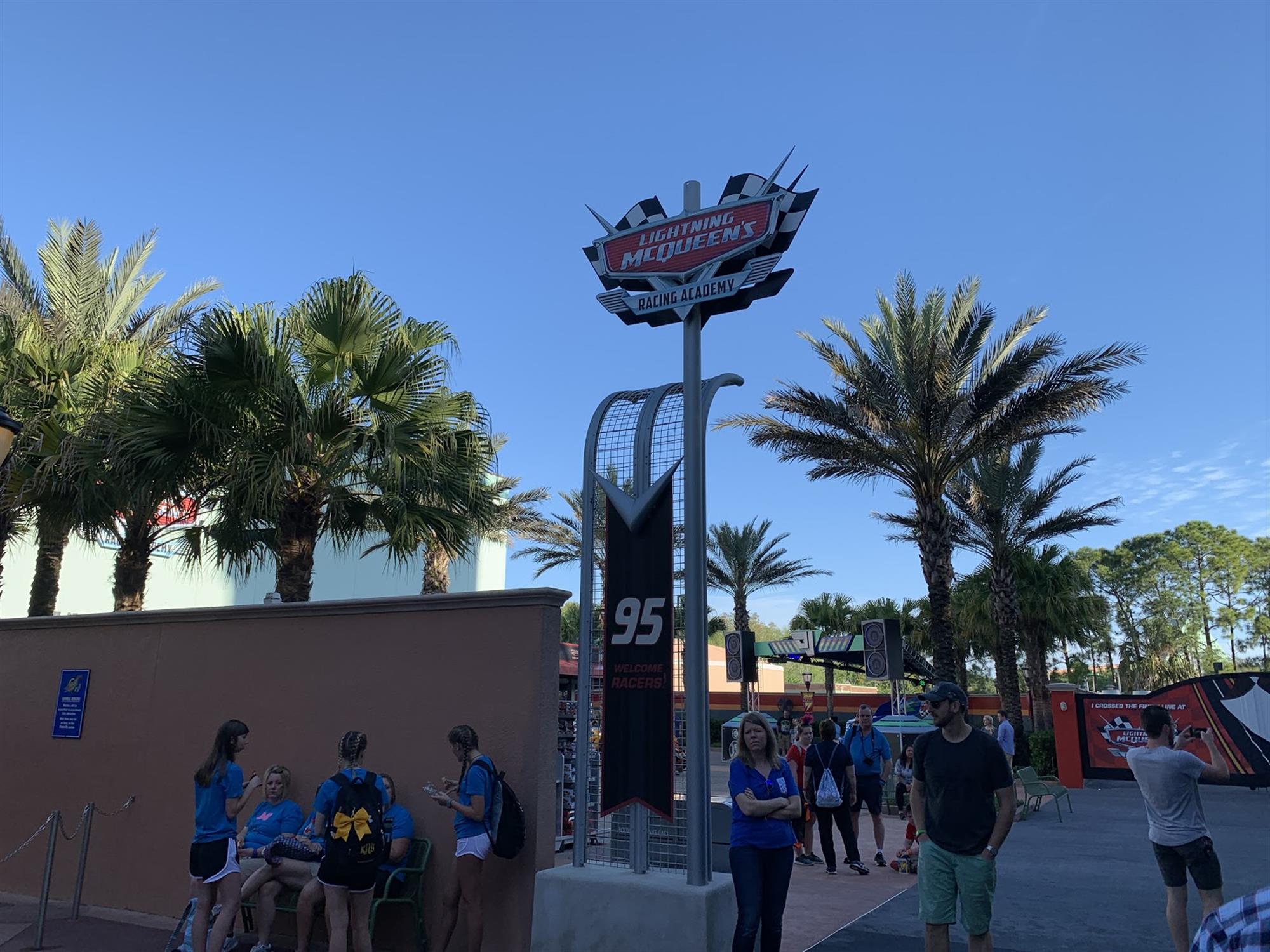 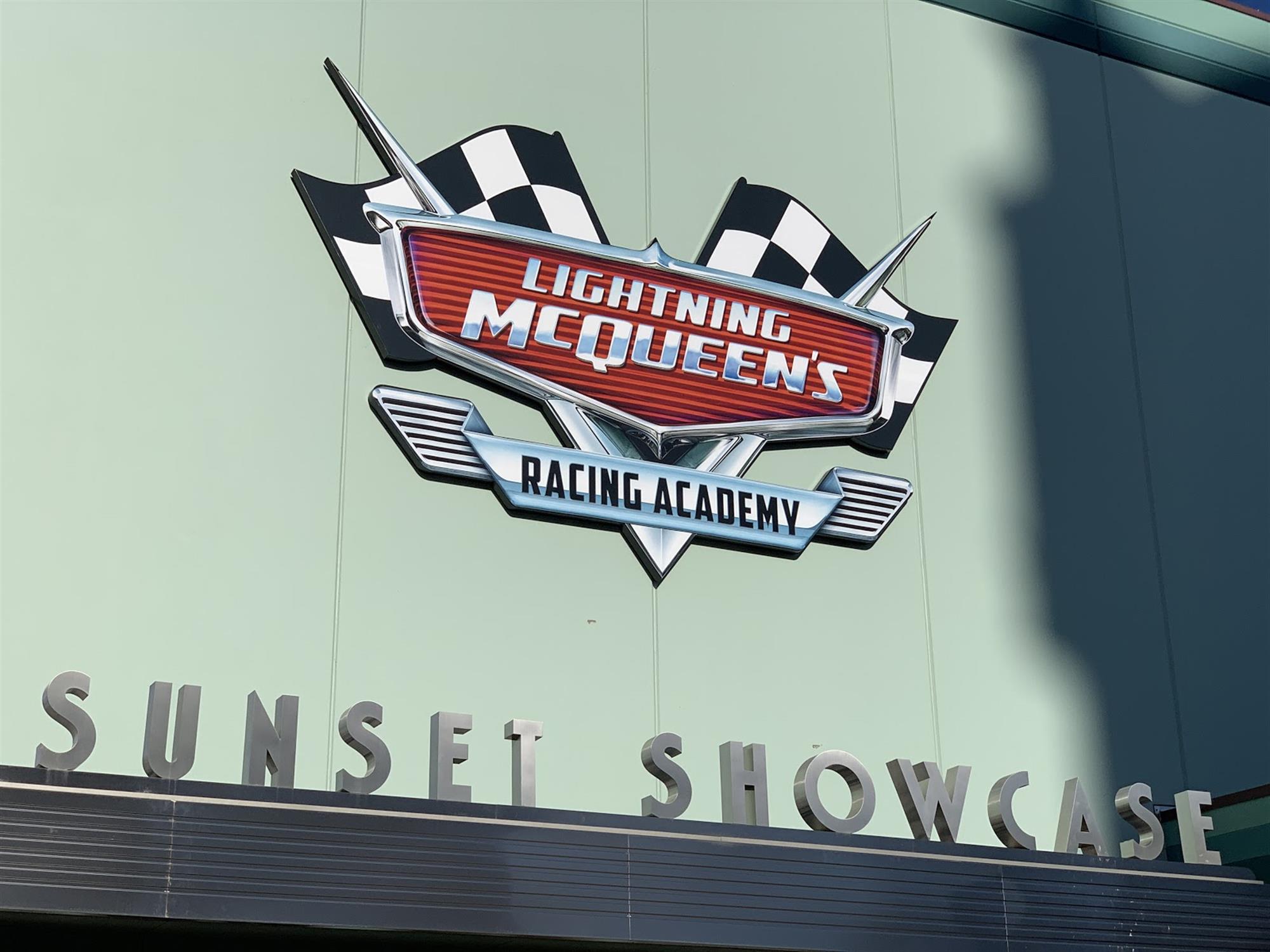 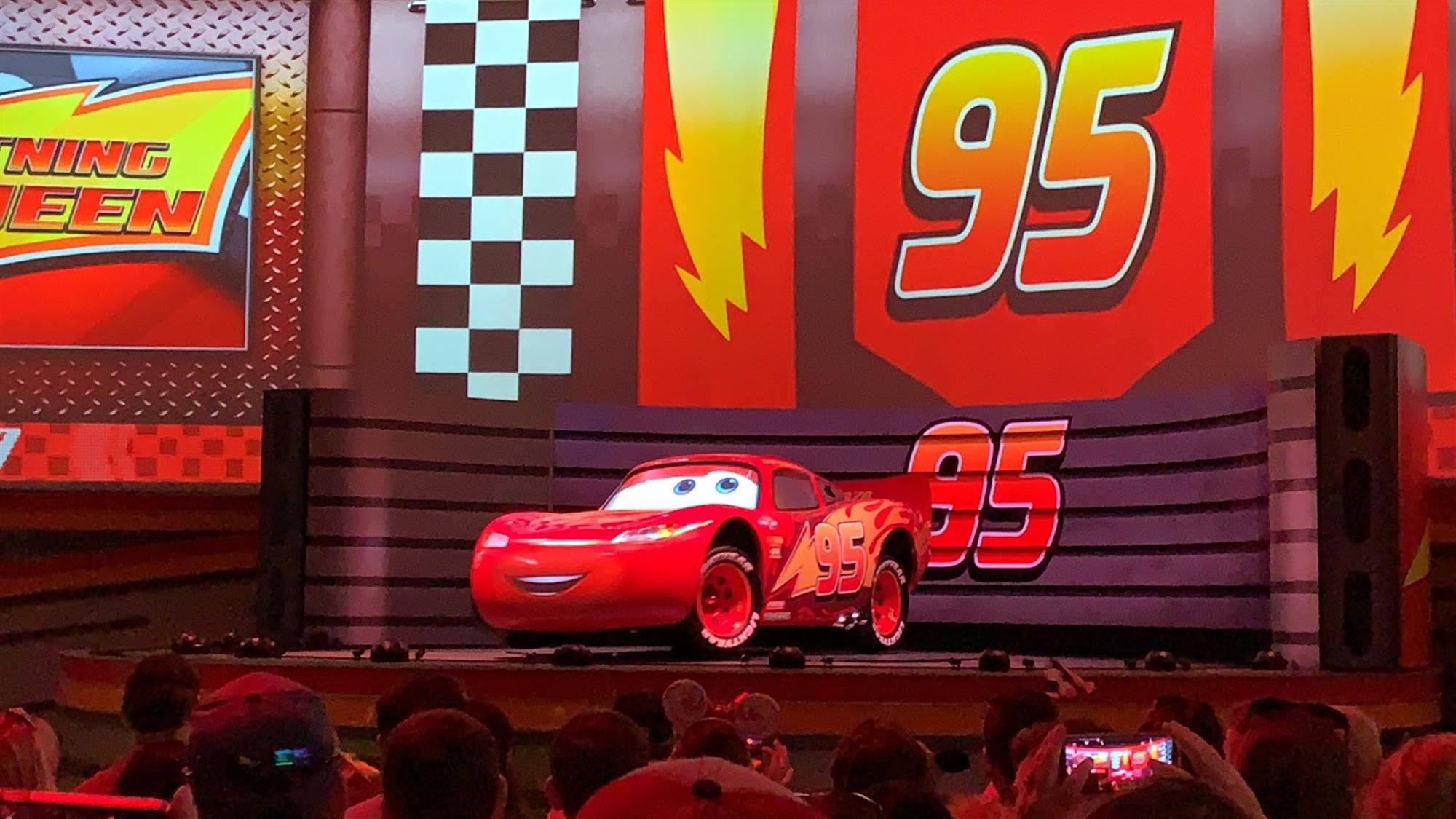 The show, is supported by additional cars experiences in the courtyard in front of the theatre. Guests can meet Cruz Ramirez and dance with DJ, who has made the trek from Disney California Adventure. 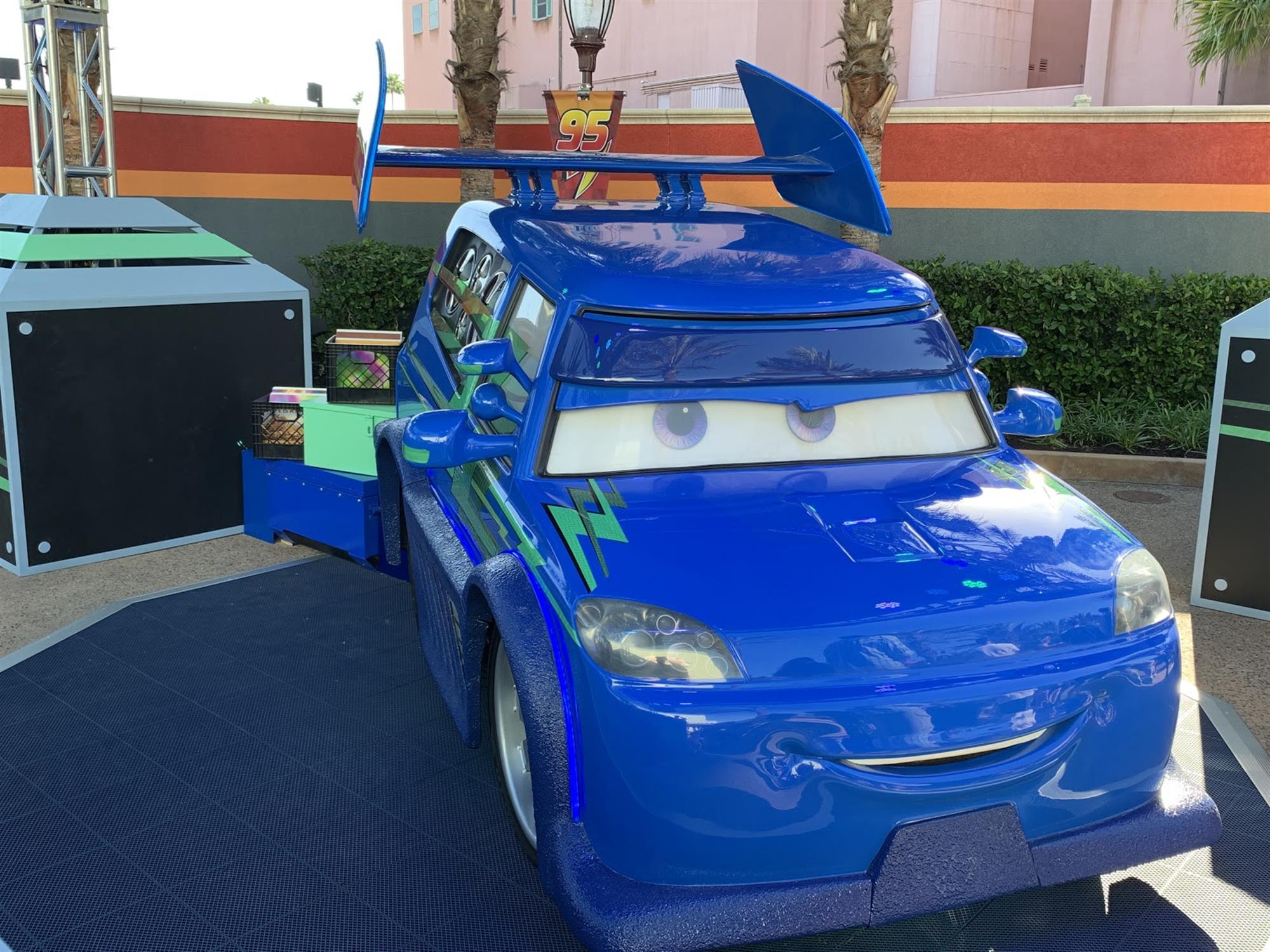 While not a game-changing experience, the show helps add a family-friendly experience to a section of the park that is anchored by thrill rides. It also gives another indoor option, which may be needed once Galaxy’s Edge opens in August.