The Avengers are very sad. That’s pretty much all I can say to describe the premise of Marvel Studios’ Avengers: Endgame (the twenty-second film in the Marvel Cinematic Universe) without ruining anything for those who haven’t seen it yet. In fact, this may be the most difficult movie to review of all time without spoiling it, but I’m going to try my absolute best.

I feel like I can also say that more than one character uses the word “heist” to describe the plot at large, though they also use another word alongside that word that I won’t repeat here, because it would instantly give away a storytelling device that motivates the middle hour-and-a-half of this three-hour epic.

Yes, Avengers: Endgame is easily the longest and most overstuffed entry in the MCU, but I was entertained for every minute, and I wouldn’t have it any other way. It’s ridiculously silly and bloated in the best ways possible, and in ways that frequently took me back to reading Marvel Comics as a teenager. This is a kitchen-sink kind of experience, one that makes you wonder how it could ever be topped, or why anyone would even attempt to top it, for that matter.

We first pick up a few weeks after last year’s Avengers: Infinity War left off, with half the population of the universe having been wiped out in a snap by the Infinity Gauntlet-sporting Mad Titan Thanos (Josh Brolin), Tony Stark / Iron Man (Robert Downey Jr.) stranded in space alongside the enigmatic cyborg Nebula (Karen Gillan), and the rest of the gang—like the always noble Steve Rogers AKA Captain America (Chris Evans) and Natasha Romanoff AKA Black Widow (Scarlett Johansson)– moping around Earth, trying to figure out a way to reverse the aforementioned cataclysmic events, or at least move past them emotionally. 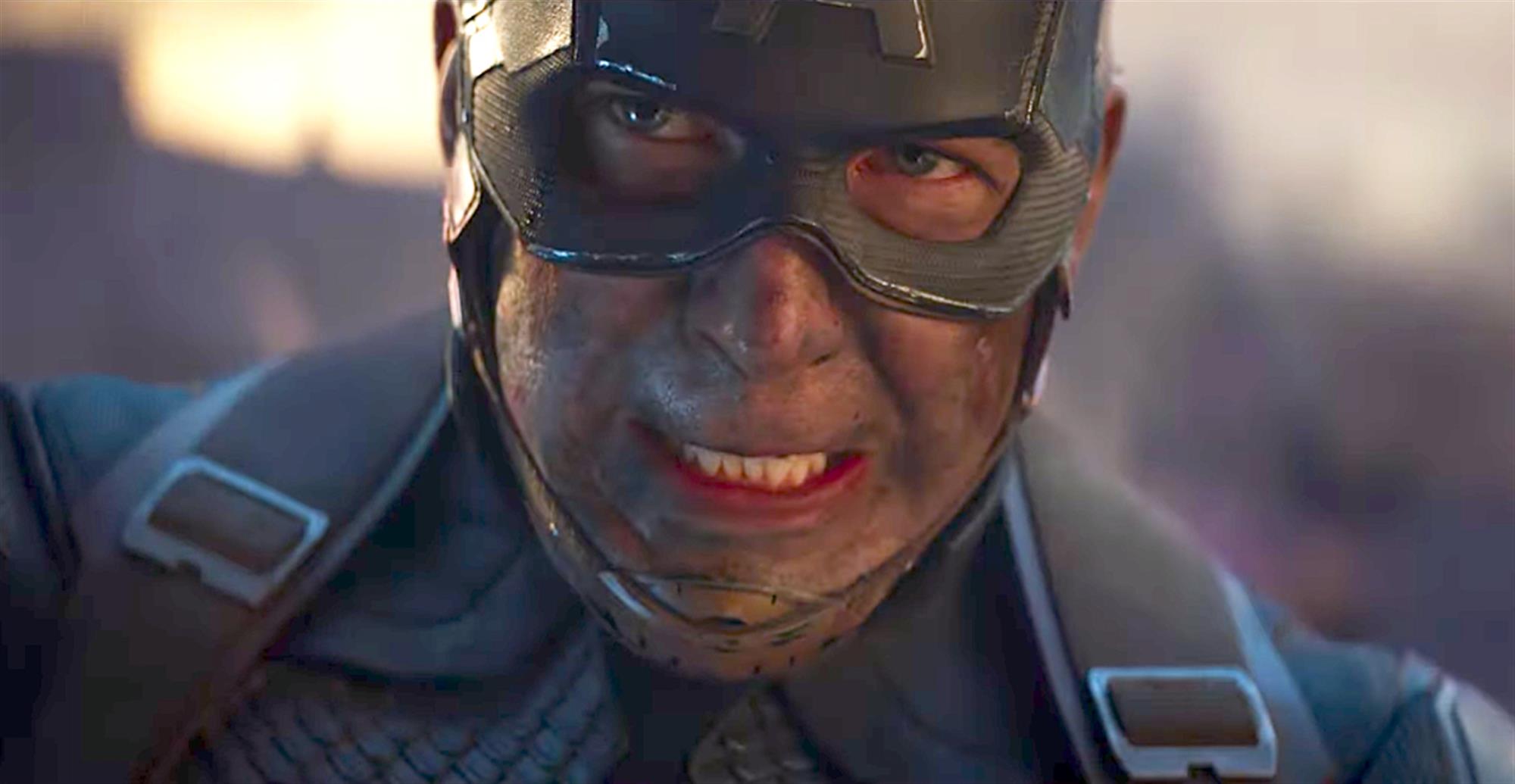 Anyone who has seen the trailers or other promotional materials knows they are soon joined by Carol Danvers / Captain Marvel (Brie Larson), fresh off her own blockbuster feature film, but where it goes from there I can’t/won’t say because we swiftly enter major spoiler territory. Suffice it to say that the remainder of the movie is jam-packed with action, humor, drama, and even a few tears, all in the Mighty Marvel Manner.

The best and most appealing thing to me about Avengers: Endgame is how unpredictable it is, at least in the first two-thirds of the film. The beginning and middle of this story are very, very different than what I expected them to be, and though the final act is about on par (read: overstimulating, hyperkinetic, and quite literally Earth-shattering) with what fans would demand from the culmination of a ten-years-in-the-making epic, it’s all very satisfying nonetheless. 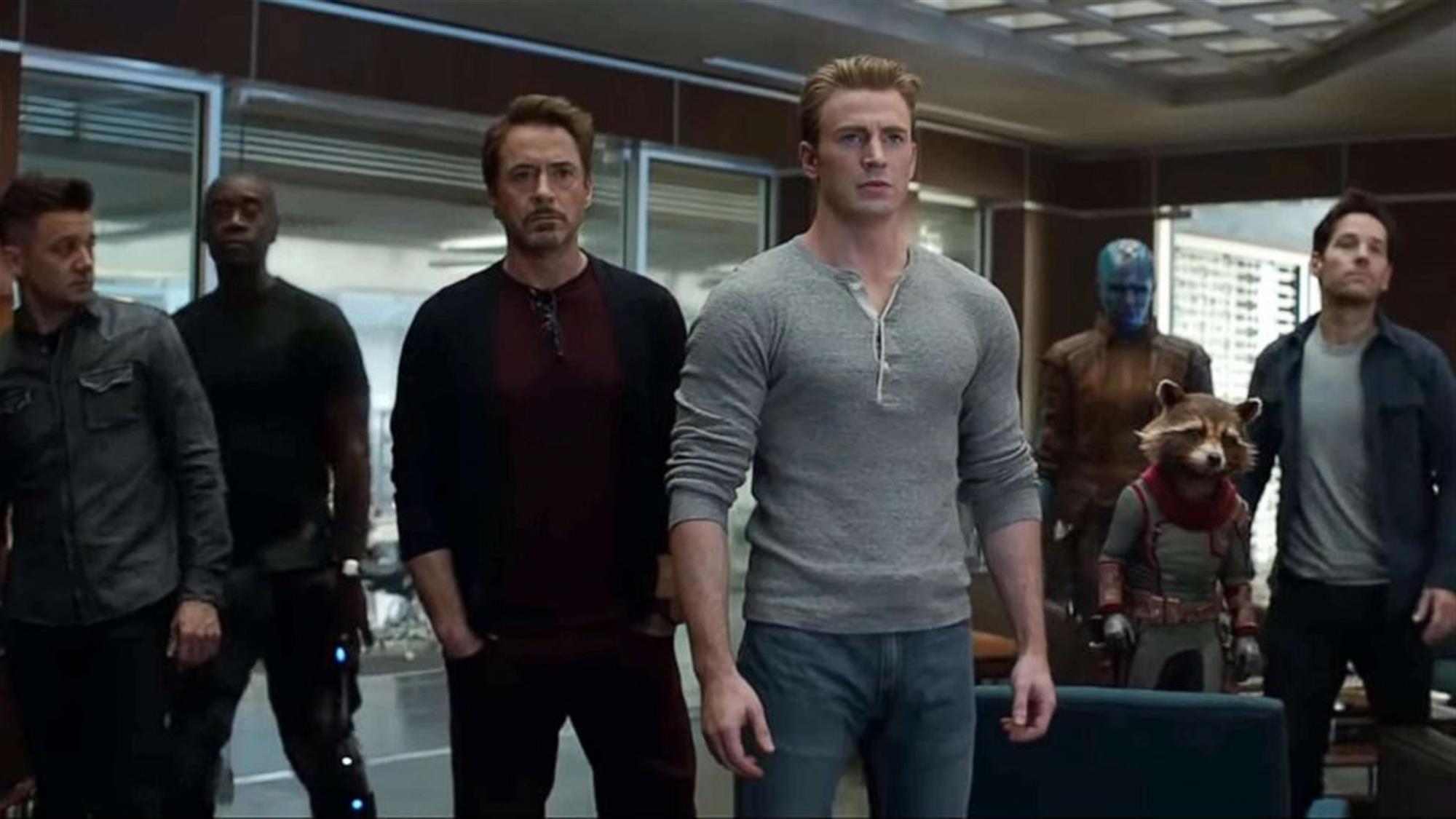 Decade-long character arcs are resolved, all the right emotional beats are hit, and plenty of punches are thrown. There are also more than a few home-run zingers from Stark and company, and the movie turned out to be far funnier than I expected after such a somber first act. Many of the best and most hilarious moments belong to Thor (Chris Hemsworth) who maybe isn’t handling his failure to stop Thanos as well as he could, and it’s great to see him team up with the wisecracking Rocket Raccoon (voiced by Bradley Cooper, with motion capture by Sean Gunn) on a mission that, once again, I can’t go into the details of without ruining a big chunk of the proceedings.

Indeed, the interplay between the various remaining characters is the real draw of Avengers: Endgame, and this cast has gone above and beyond in proving itself worthy of handling such a hefty running time. Writers Christopher Markus and Stephen McFeely– partnered with directors Anthony and Joe Russo– are also veterans of this franchise, having delivered previous successes like Captain America: The Winter Soldier and of course Infinity War. This team undeniably knows its way around a Marvel movie, so the only thing left for them to do was stick the landing. It would be hard to argue that they didn’t. Without discussing any further details, I will say that there wasn’t anything I wished would happen in Avengers: Endgame that didn’t happen. At least one of my very specific desires for the ending came true to the letter, and a handful of fan theories I saw floating around a while ago also proved to be correct. If you’ve made it this far in the Marvel Cinematic Universe, I can’t fathom you being disappointed when walking out of the theater this weekend.

Beyond being the pedal-to-the-medal climax of this particular round of Marvel Studios output, Avengers: Endgame also feels like a victory lap. It’s a celebration of a remarkable, never-before-seen achievement in the history of popular culture, not to mention the comic book source material that provided its groundwork. There’s a lot of movie here, maybe even a little too much, and we’ll all probably spend the summer digesting it, picking it apart, and deciphering all the little Easter Eggs, in-jokes, and maybe even a few hints at what comes next.

Grade: 4.5 out of 5 Big Lebowski references.