Twenty years ago next month, Star Wars fans were first introduced to Jedi Master Qui-Gon Jinn (played by Liam Neeson) and his faithful Padawan learner, a young Obi-Wan Kenobi (Ewan McGregor) in Episode I: The Phantom Menace. And now, thanks to one of the most celebrated authors in the current-canon Star Wars novel series, readers are getting a more fleshed-out backstory to the relationship between those two characters, setting up the mindset and interplay between Qui-Gon and Obi-Wan during a time period before the events of the movies.

Star Wars: Master & Apprentice by Claudia Gray (of the other excellent recent Star Wars novels Bloodline, Lost Stars, and Leia, Princess of Alderaan) takes place a few years prior to The Phantom Menace, before Jinn and Kenobi’s bond of friendship and mutual respect had solidified, and communication between the two Jedi was quite a bit more combative. In Master & Apprentice, Qui-Gon and Obi-Wan are sent on a diplomatic mission to the planet of Pijal, a monarchy where Jinn’s old friend and fellow Jedi Knight Rael Aveross serves as Lord Regent, but not before a potentially life-changing offer is made by the Jedi council– a surprise proposition that could alter the course of history for both our heroes, not to mention the Jedi Order itself.

On unsteady terms from the outset of their adventure, the two Jedi set out to put an end to a dispute between Pijal’s government (led by a young but confident princess waiting to take her crown), a galaxy-wide arms manufacturer called the Czerka Corporation, and a local resistance group named The Opposition. Qui-Gon and Obi-Wan must preside over the signing of a treaty on the would-be queen’s coronation day, while at the same time aiming to settle their own differences about how Jedi approach their duties and their individual outlooks on The Force. Tasked with solving the mystery of who is endangering the princess and putting the ceremony in jeopardy, Jinn and Kenobi attempt to navigate Pijal’s rocky political waters, engage in several exciting battles, and confront both of their pasts and futures as their apprenticeship lies at stake, dependent on the outcome of this precarious mission.

Along the way, they meet up with two gemstone dealers/thieves named Pax Maripher and Rahara Wick, new side characters who pop in and out of the narrative to assist the protagonists while finding themselves and each other during their exploits. These two often feel disposably uninteresting, bland star-crossed page-fillers for an otherwise well-constructed story about galactic intrigue and compelling Jedi affairs. On the whole, though, this novel is as well-written, brisk, and enjoyable as Gray’s previous contributions to A Galaxy Far, Far Away.

The most fascinating aspect of Star Wars: Master & Apprentice, however, is a series of flashbacks to Qui-Gon’s youth and his time as a Padawan under Jedi Master Dooku (later Count Dooku AKA Darth Tyranus). During these interlude chapters, the novel explores Qui-Gon’s fascination with the Jedi prophecies– the ancient prognostications that predict when seismic shifts will occur in the history of the Jedi Order and the fate of the galaxy at large.

While many Jedi have long since abandoned the prophecies as “not to be taken literally,” Jinn, Dooku, and the latter’s former apprentice Aveross all find themselves entranced by their mystery, obsessed with deciphering the meaning and potential present-day application to these long-forgotten predictions. As a reader, discovering what exactly these prophecies entail shed a welcome light on lingering questions about the Star Wars universe, and like Qui-Gon’s preoccupation with their implications, it’s difficult not to wonder how much they might foreshadow events yet to come. 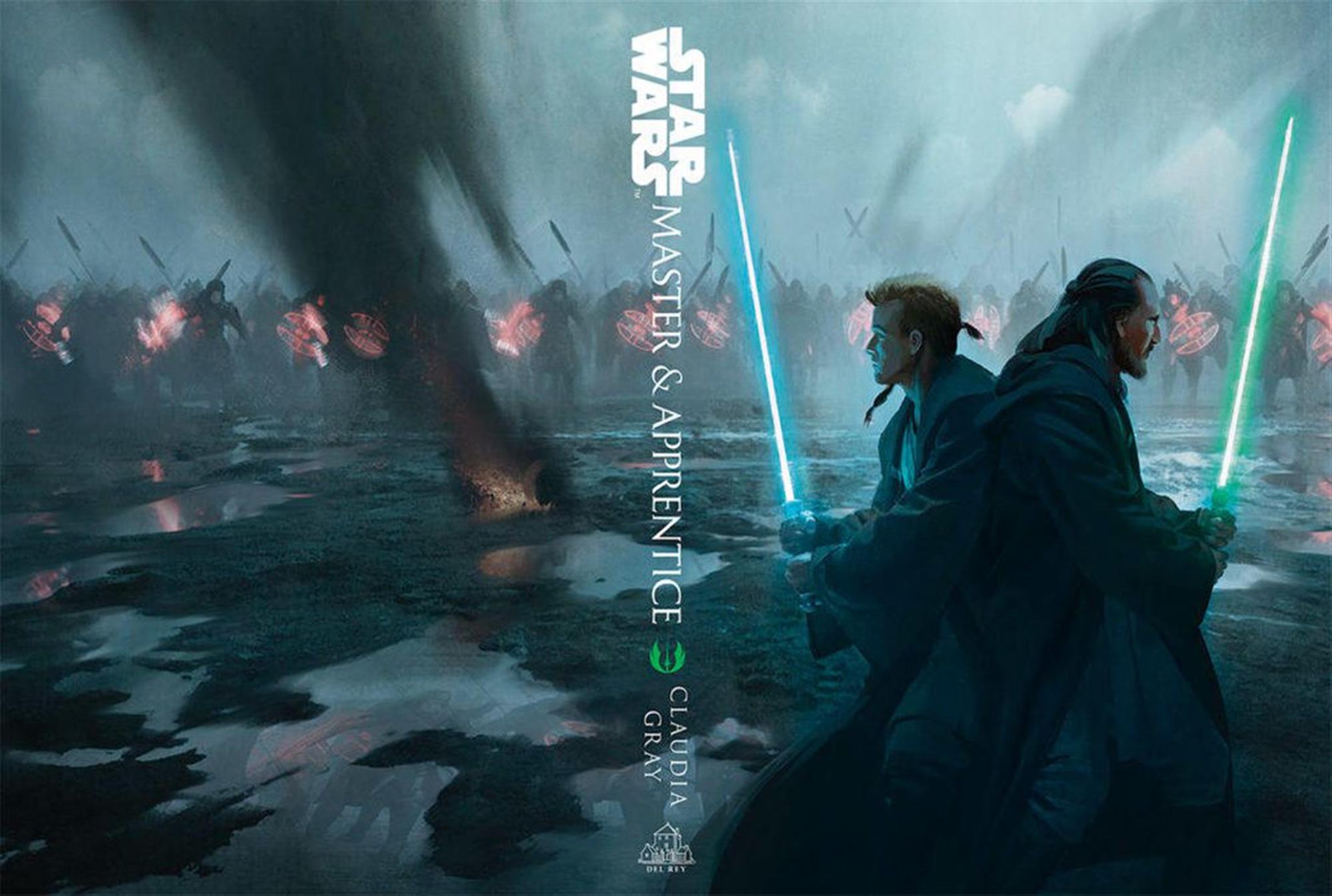 Grade: 4 out of 5 kohlen crystals.