Pixar Animation Studios’ campus in Emeryville, CA, is not where the first Toy Story film was made, but inside you’ll find many of the talented artists that worked on the film that changed animation forever. On a visit to Pixar in April, I got an early look at Toy Story 4, including the chance to talk with members of the creative team. I was surprised to find that many of these artists have a generational relationship with Andy’s toys.

“The great thing is we have so many people here on the crew and the cast that have worked on every Toy Story film so we’re in good hands at all times,” said Director Josh Cooley at a press conference about the fourth installment. “Toy Story is so important not just to the studio, but to the world. So many people grew up with it and myself included so it kind of blew my mind to just be working on it.”

Producer Mark Nielsen shared the weight of bringing everyone’s favorite toys back to the big screen after the nine years that have passed since Toy Story 3. “These characters mean so much to us here at the studio, they’re like the crown jewels to us. Woody and Buzz are in the fabric of this place and I think the spirit of those two characters is sort of infused in all of the characters that we’ve put in all of our films. So to tackle this was a challenge, it was intimidating, but also a great pleasure. You know, a lot of us have been here a long time and have gotten to work on some of the other films and so to go back into that world was exciting.” 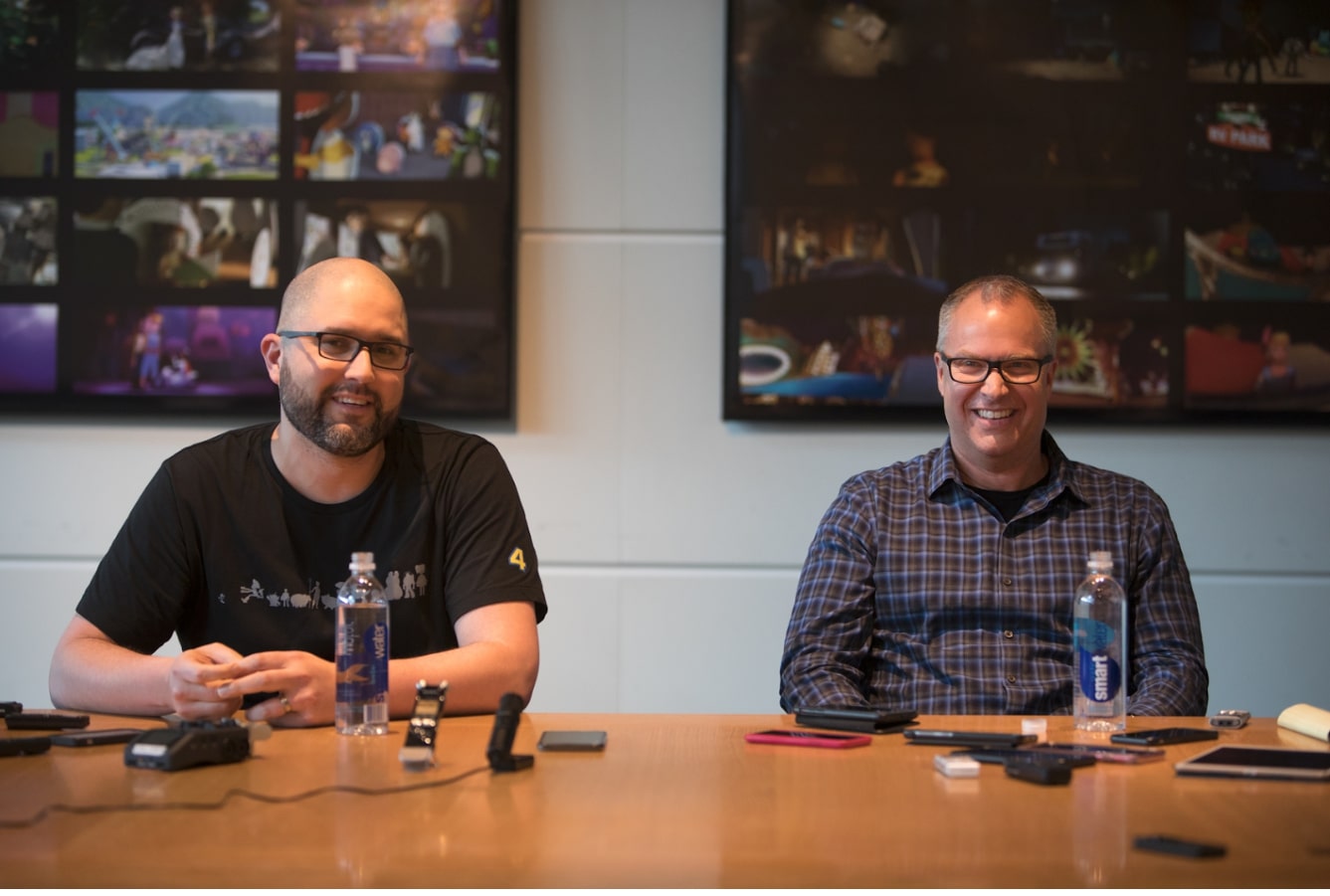 “I’ve been with Pixar since the very beginning, 1986, and you can call us the legends of the Toy Story saga,” joked Global Technology Supervisor Bill Reeves, referring to himself and Production Designer Bob Pauly. “I’ve been living in the art department since 1993,” Bob explained. “When I first started, I started on Toy Story. I did a little bit of work on Toy Story 2, Toy Story 3, and now Toy Story 4.”

Bill and Bob reminisced about the changes in studio size and technology between each film. Pixar had a total of 129 employees when the first Toy Story film was made and only 294 render cores. By Toy Story 2, the studio had grown to 325 employees and the render core volume increased to 672. Jump forward eleven years to Toy Story 3 and you’re looking at a studio of 400 employees with 4,000 render cores. How does Toy Story 4 measure up? The studio is currently at 475 employees and the film is being rendered across 55,000 cores, a distance that surely feels like “Lightyears.”

“One of the most terrified moments I ever had was pitching the story to Tom [Hanks] because he knows that world and that character better than anybody and I just wanted to do right,” Josh Cooley shared about the iconic voice behind Woody. “And so he came in and he’s like ‘Alright, what are we doing? What’s going on?’ I started pitching it… He went ‘Alright, you got me. I don’t know how you guys are doing this.’ That’s when I went ‘Oh thank goodness’ and same thing with Tim [Allen], too. Once I pitched it to him he was like ‘Okay, I see what this is.’ It gave me the confidence to keep going.”

“It was a big deal for [Tom Hanks],” Mark Nielsen added. “He was incredibly invested in the story and he really grabbed onto it and loved it from the start. [He] just was excited to have another adventure with this character. It’s amazing, I don’t know how many actors play the same role like this for over 25 years, but he was reflecting on the ages of his children as it was associated with which film he was working on at the time. Annie Potts as well talked about the birth of her child happening around the same time as the first one. And so it’s a reflective period for them whenever we record them.”

“The thing that was really exciting is that we recorded Tom and Annie together the first session,” Josh continued. “We recorded them together because we knew there was going to be a lot in between each other and it’s been years since they’ve been on the screen together” Mark added another interested recording fact. “They had never recorded together either. That was surprising; they’d only been solo in the booth all these years. This was the first time that they recorded together in the same session.”

Tom Hanks made headlines last January when he shared that he had a hard time during his last recording session for Toy Story 4. ”The last session we had with him, it was pretty emotional at the end,” Josh Cooley explained. “We brought him in for maybe 20 lines, not very much, and we said thanks and he said ‘This character means the world to me and my family. I’ve been doing it for almost 30 years.’ And it was really touching. It means a lot.” Going back to the generational aspect of Pixar employees working on the Toy Story films, Director Josh Cooley had a moment of reflection. “I was thinking about it the other day, how lucky I was that I got to work with every single one of the original creators of Toy Story. I’m in the studio because Joe Ranft brought me in. I worked with John [Lasseter], worked with Pete [Docter], worked with Andrew [Stanton] and Lee [Unkrich], Jeff Pigeon, all of them.”

Producer Mark Nielsen elaborated on their collaboration with the original film’s creators. “Our Executive Producers, Andrew, Lee and Pete, were so supportive on this show and were available anytime for anything we needed. Anytime we needed to consult or just work things through with them, their rich history with these characters going all the way back was incredibly valuable to us on this project.”