This weekend, Marvel’s Guardians of The Galaxy: Mission Breakout returns to Disney XD. The series returns with the four-part Black Vortex saga with two episodes airing on May 5 and the rest on May 12. In an effort to survive impending doom our heroes enter into a special mirror that contains the Black Vortex. Inside the extra-dimension prison, our heroes are split-up and represented by various animation styles. While we won't spoil the episodes, we will go through each of the animated worlds so you can see the diversity of styles that the series is using. 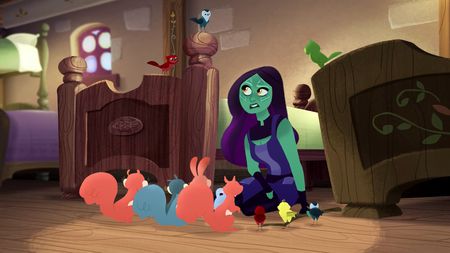 First we see Gamora in a Disney-style fairytale kingdom complete with talking woodland creatures. Gamora’s fearsome personality doesn’t mesh with the happy disposition of singing creatures who whistle while they work. But as her fairytale companions point out Gamora does have some similarities to a princess. She is the daughter of a ruler, Thanos. She has a wicked step-sister and beautiful flowing hair, making her the most dangerous princess in the galaxy. 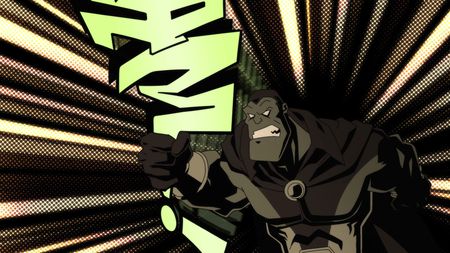 Meanwhile, Drax is stuck in a old-school style comic book. Here he is mild-mannered photographer Drax, who has an alter-ego costumed adventurer Drax-Man. On a drive from Las Vegas to Burbank, Arthur Douglas is blasted by Thanos. After which, he is transported across the galaxy to become the living spirit of vengeance complete with Drax-Sense and faces various comic book archetypes. 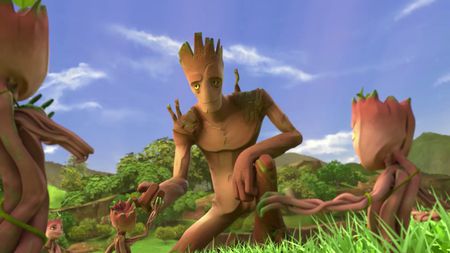 Rocket finds himself in a CGI-world that functions as a packing factory complete with boxes, packing peanuts, bubble wrap, and deadly machinery. The world is also home to its fair share of physical comedy. Animation fans will recognize the gag that in the dark, the whites of the eyes are still visible. Meanwhile the CGI-Groot is in a place where he speaks with full language, while others just say “I Am [Name].” At least Groot gets to feel what it is like. 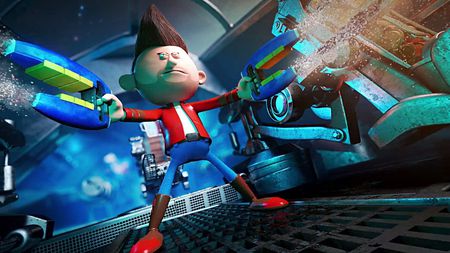 Star-Lord is in a claymation world, where Quill realizes he is turning a little “doughy,” but more flexible than ever and able to transform his body like a California raisin. Unfortunately the heat of a nearby son does not mix well with his clay body.  Quill’s fun quickly turns deadly, yet his love of puns never dissipates. 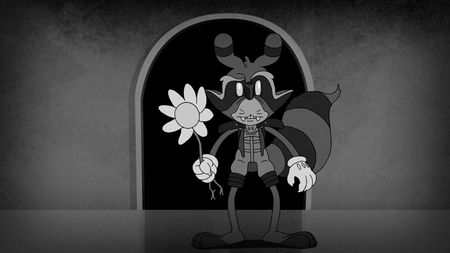 Later, Rocket finds himself in a black-and-white “rubber hose” world. Complete with a quasi-canine companion, leg-only humans, vehicles with personality, and onomatopoeia. Unlike most 40’s animated cartoon, Ronin the accuser makes an appearance. The sound effects and score for this segment is one of the highlights of the whole Black Vortex saga. Lovers of animation history will love this. You won’t be able to guess what happens when Rocket runs off a ledge without realizing it. 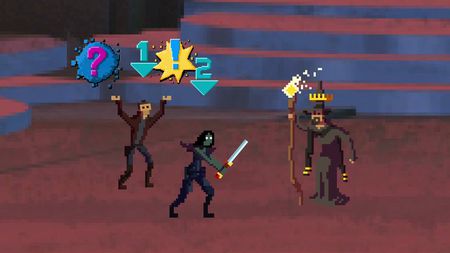 The final world is Peter’s favorite, the 8-bit world of video games. Growing up in the 80’s, he feels at home, while Gamora grows increasingly impatient as she learns about things like points, edible power-ups, and co-op side-scrolling. She also learns the video game rule of stomping on enemies to defeat them. Meanwhile, Quill keeps trying to remember the cheat code from his youth in order to warp to the final level.