Spider-Man swings back into theaters on July 2nd with Sony’s release of Spider-Man: Far From Home, the final film of phase three in the Marvel Cinematic Universe. Our friendly neighborhood Hasbro representative recently sent us a big box of toys from the upcoming film, all of which seem really cool. All of these great products are hitting store shelves now. I’ve seen a lot of Spider-Man playline masks, from basic ones to battery operated masks that light up and talk. The Stealth Suit Mask gets added points for creativity, with mirror eyes that can be widened or narrowed. The eyes are attached to a hing and can be lifted up for better visibility, as seeing through them is the same as wearing sunglasses indoors. The Spider-Jet feels like something that can’t possibly be in the film, but would be a lot of fun to play with. I remember having lots of action figure vehicles playsets based on tv show or movies when I was a kid that weren’t screen accurate by any stretch of the imagination, but were still among my favorite toys. This piece comes with a Spider-Man action figure in his suit from Far from Home and has two action abilities. It features darts that can be fired off of each side, but the coolest feature is the ability to connect Spider-Man to a web string. Pressing a button drops the digure out of the Spider-Jet and you can pull the string in the back to slide him back into the cockpit. 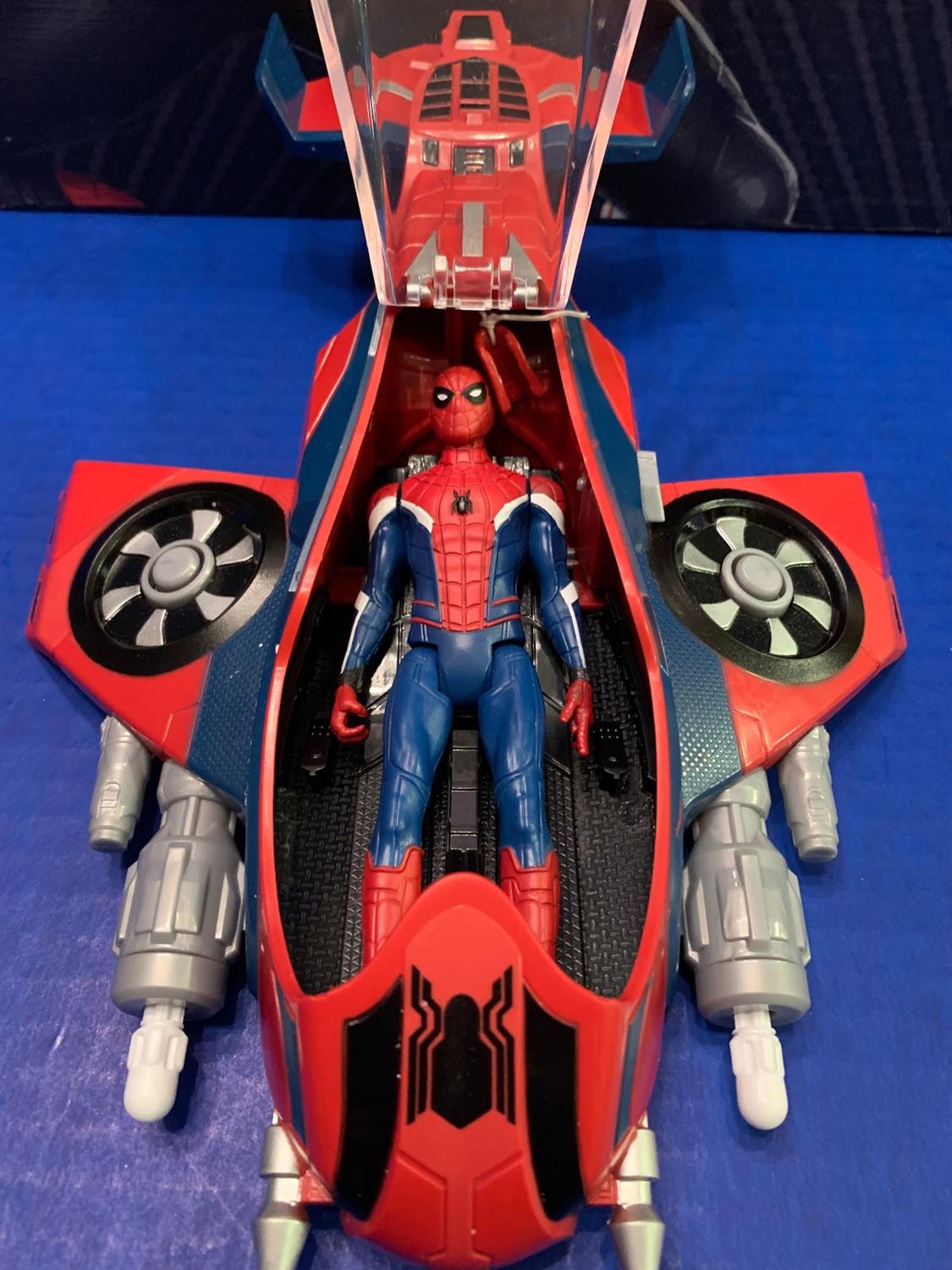 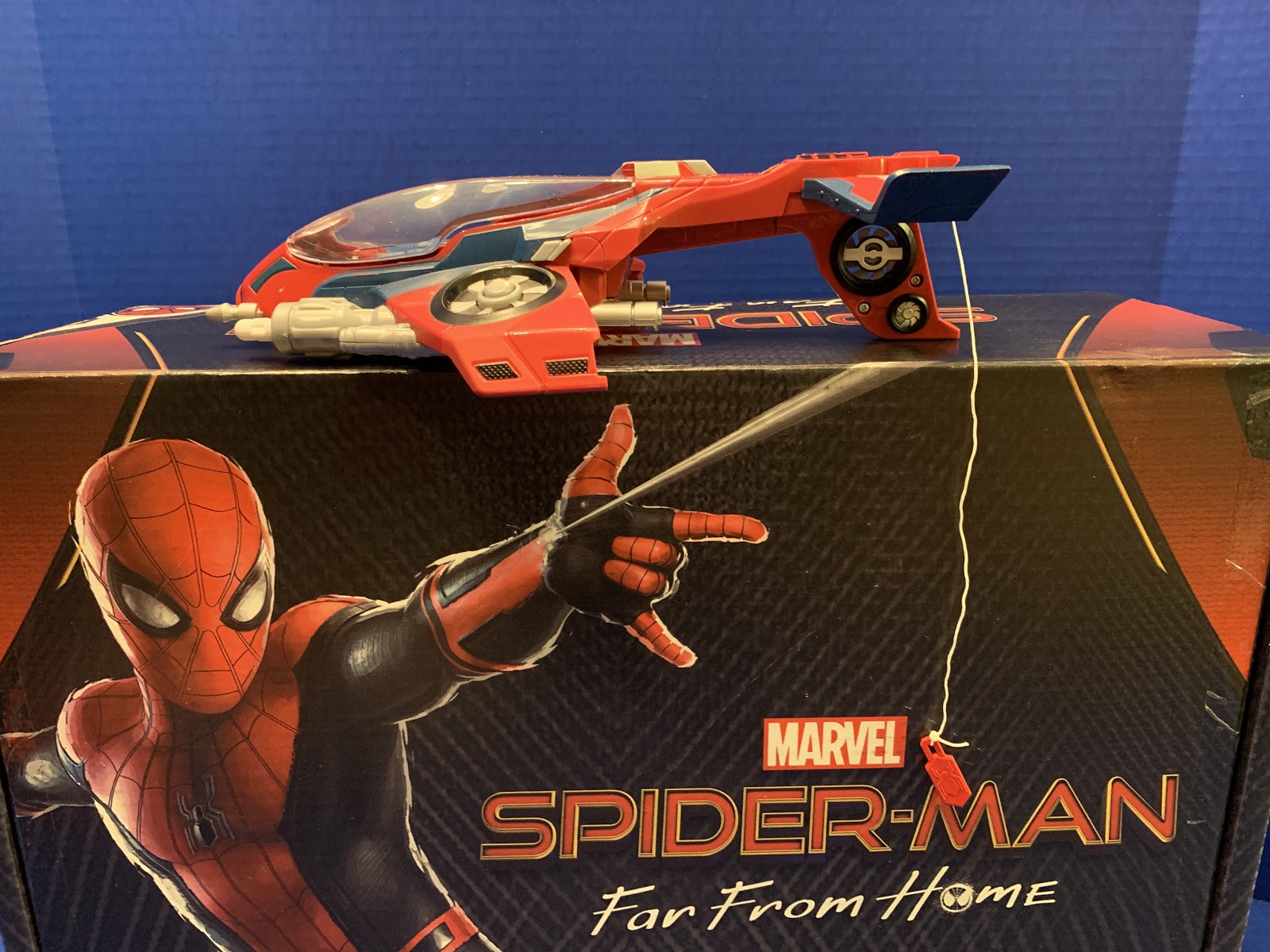 Web Shots is a brand of products that shoot things, like darts and discs. It’s a much cleaner play experience than the silly-string inspired Web Shooter. First is the Nerf Spiderbolt, which is like a mini crossbow that rests on your forearm. Pulling the lever back and pressing a button releases one of three included darts. The web tissue that connects the pieces is stretchy and a really fun detail. Smaller Web Shots products don’t carry the Nerf brand and my box included the Disc Slinger, which shoots themed discs by pulling back a lever and pressing a button to release. This toy is like a mini-Spiderbolt, but it goes on the underside of your arm instead of on top. Removing the strap allows you to connect it to the Spiderbolt for double the fun. 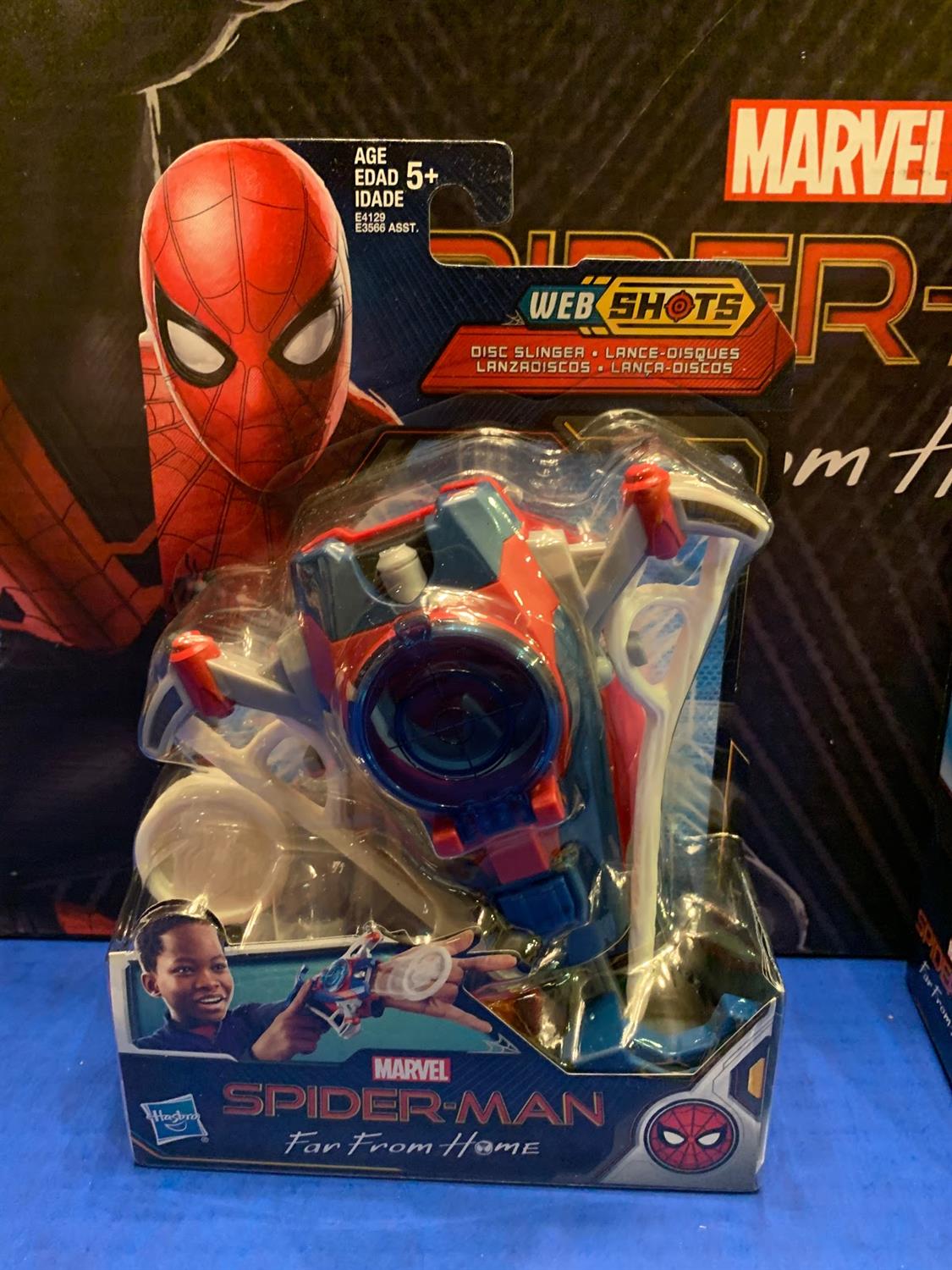 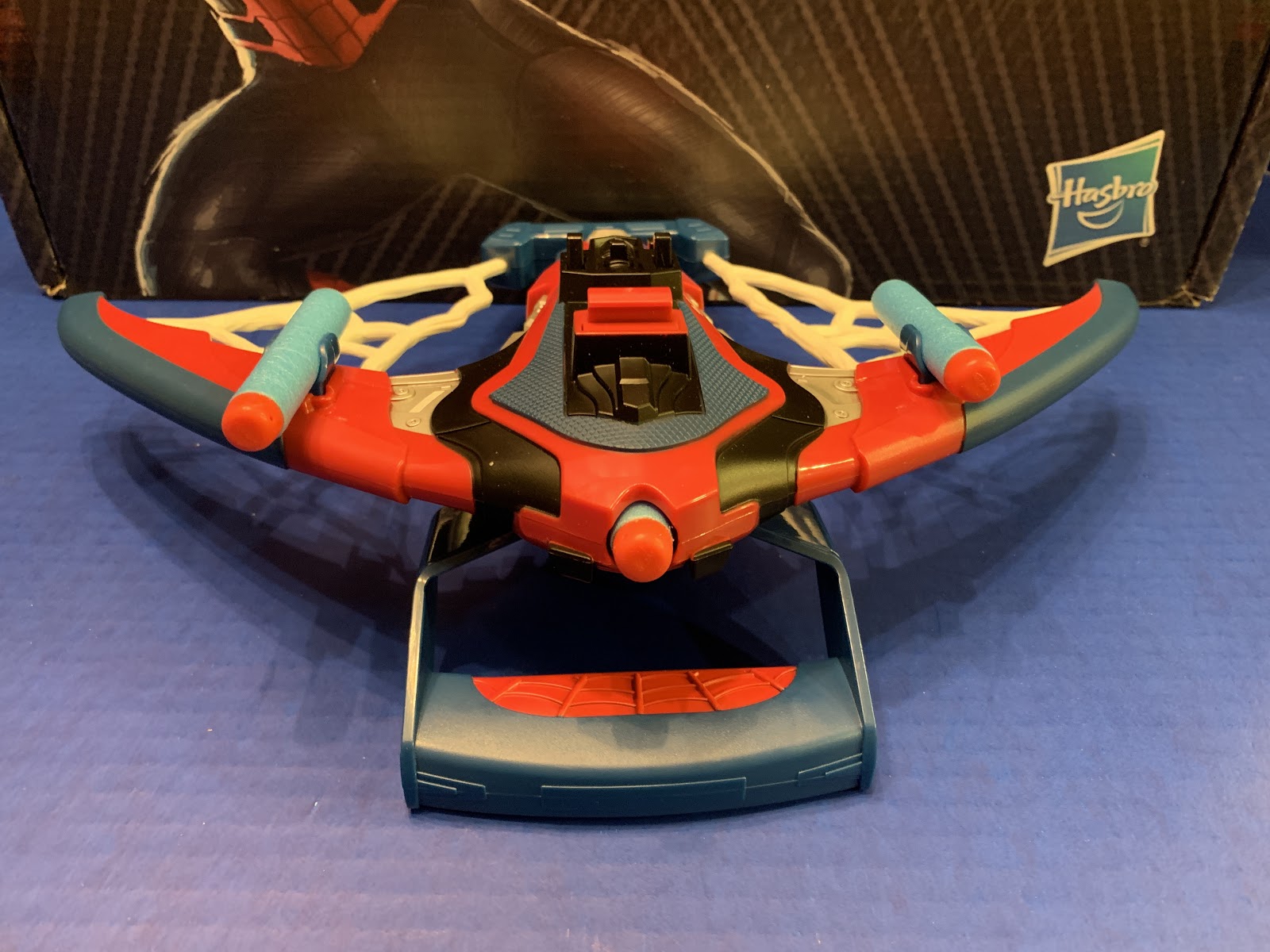 The Spider-Man Titan Hero Power FX figure is actually not themed to Far From Home, but offers some classic Spider-Man fun. This 12-inch figure features an electronic dart accessory that clips into the 12-inch action figure’s arm. Pressing the button fires the dart, plays a sound effect, and reveals one of several phrases from Spidey himself. 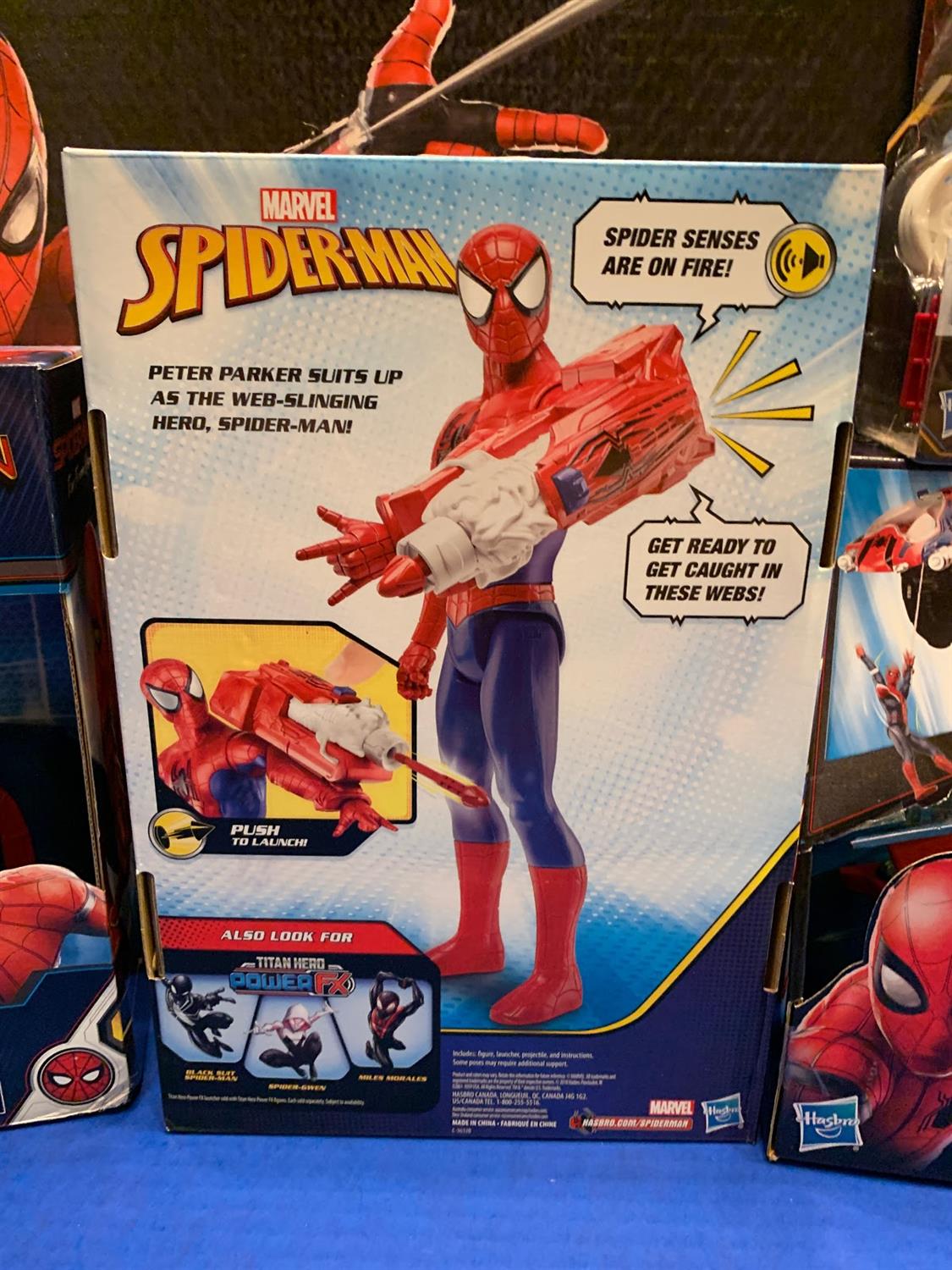 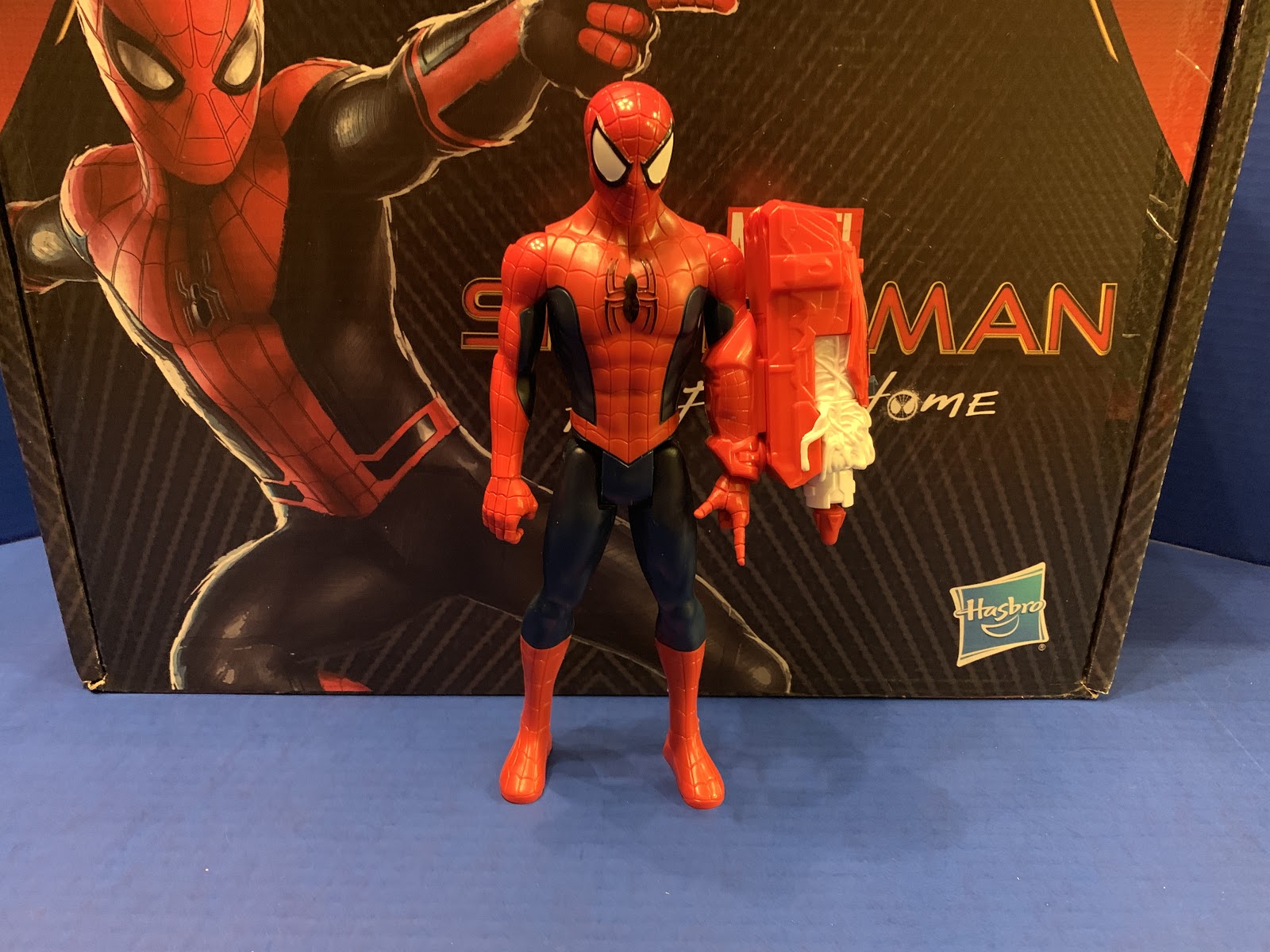 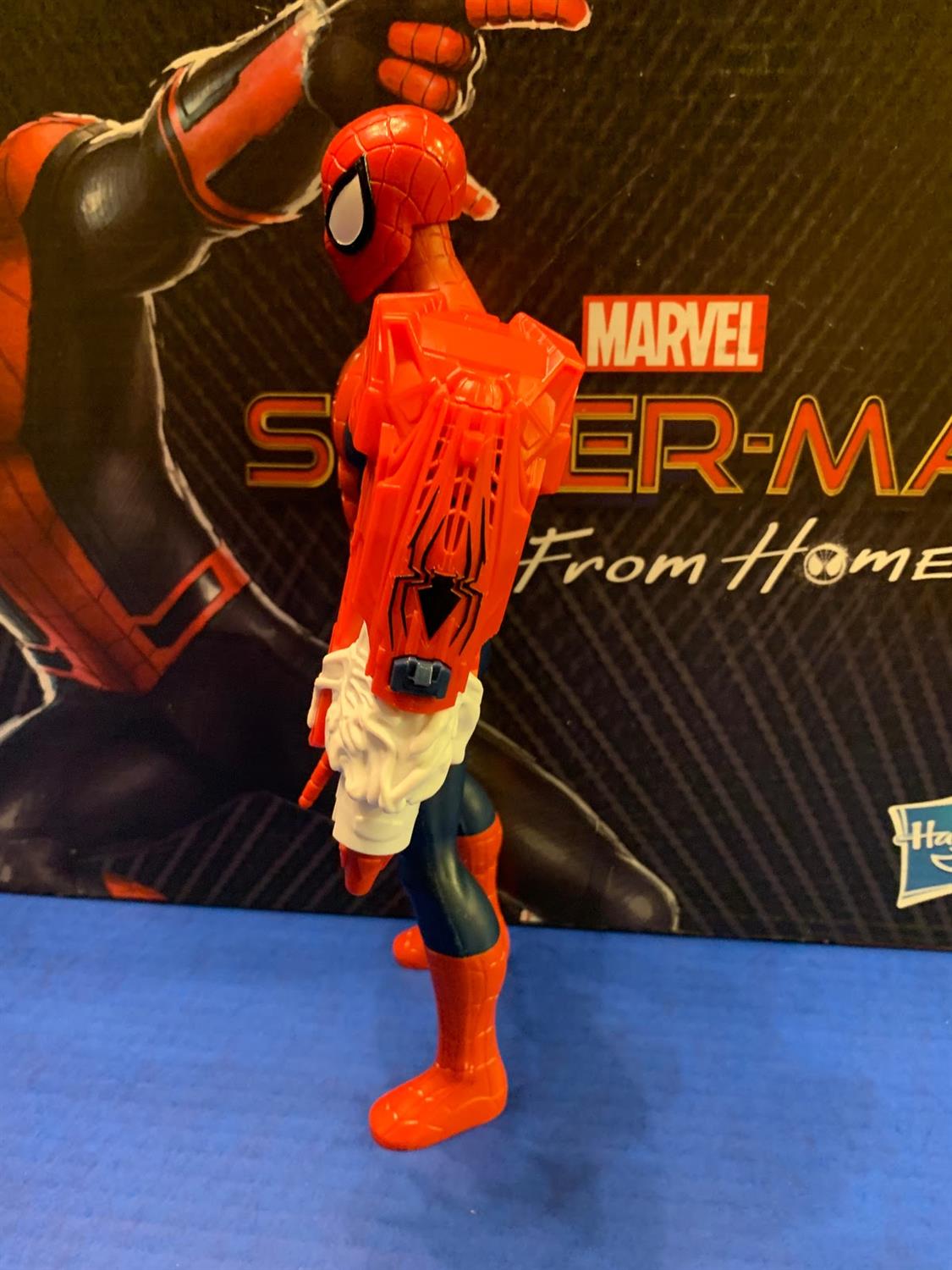 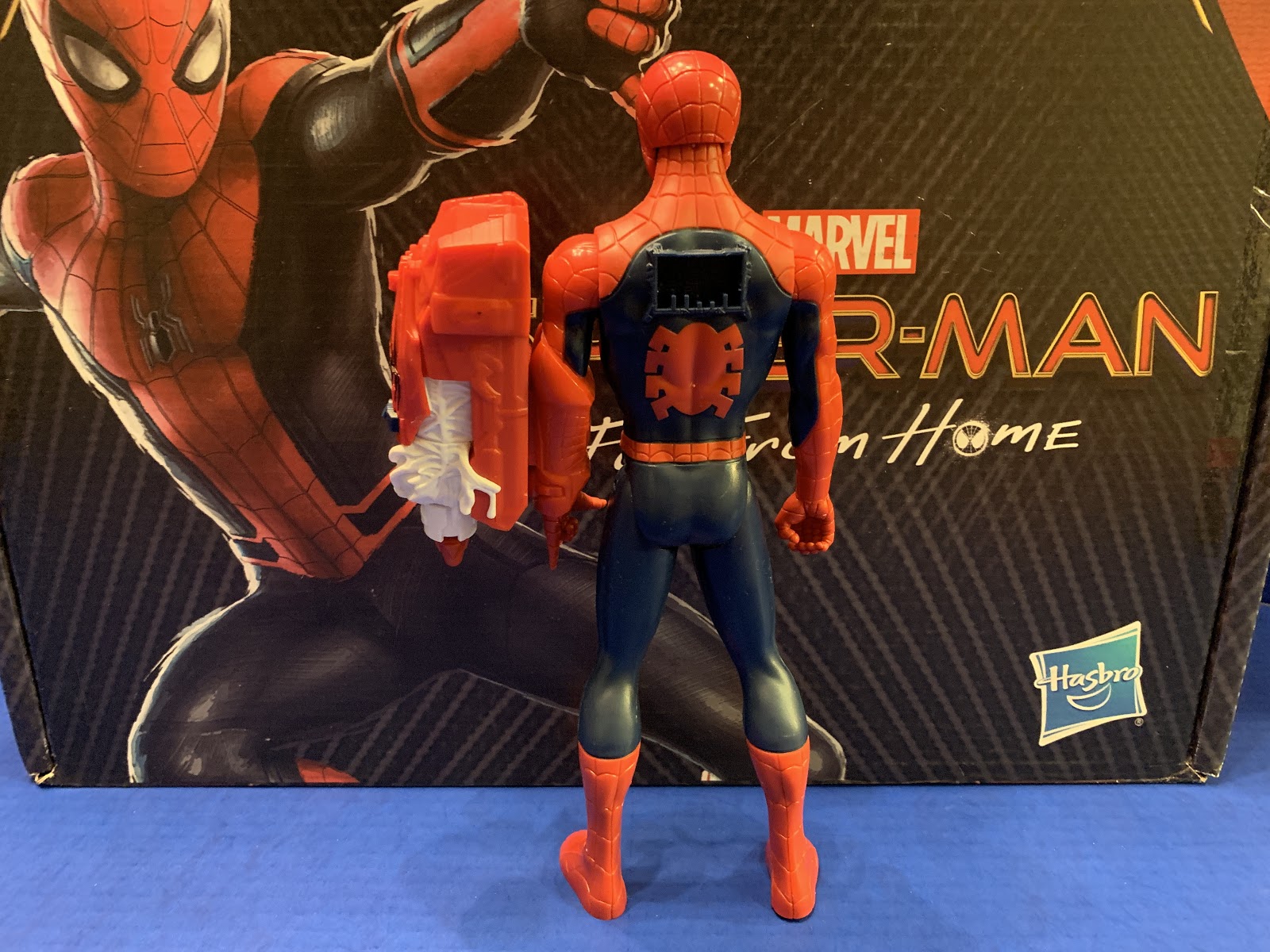 All of the toys included in this sample pack from Hasbro are a lot of fun, but my favorite is undoubtedly the Web Shots series. It’s really cool how you can connect and swap pieces and the spongy web connectors make them feel uniquely Spider-Man. I can’t wait to see Spider-Man: Far From Home on July 2nd and the next time you’re in the toy aisle, be sure to look for some of these awesome products.