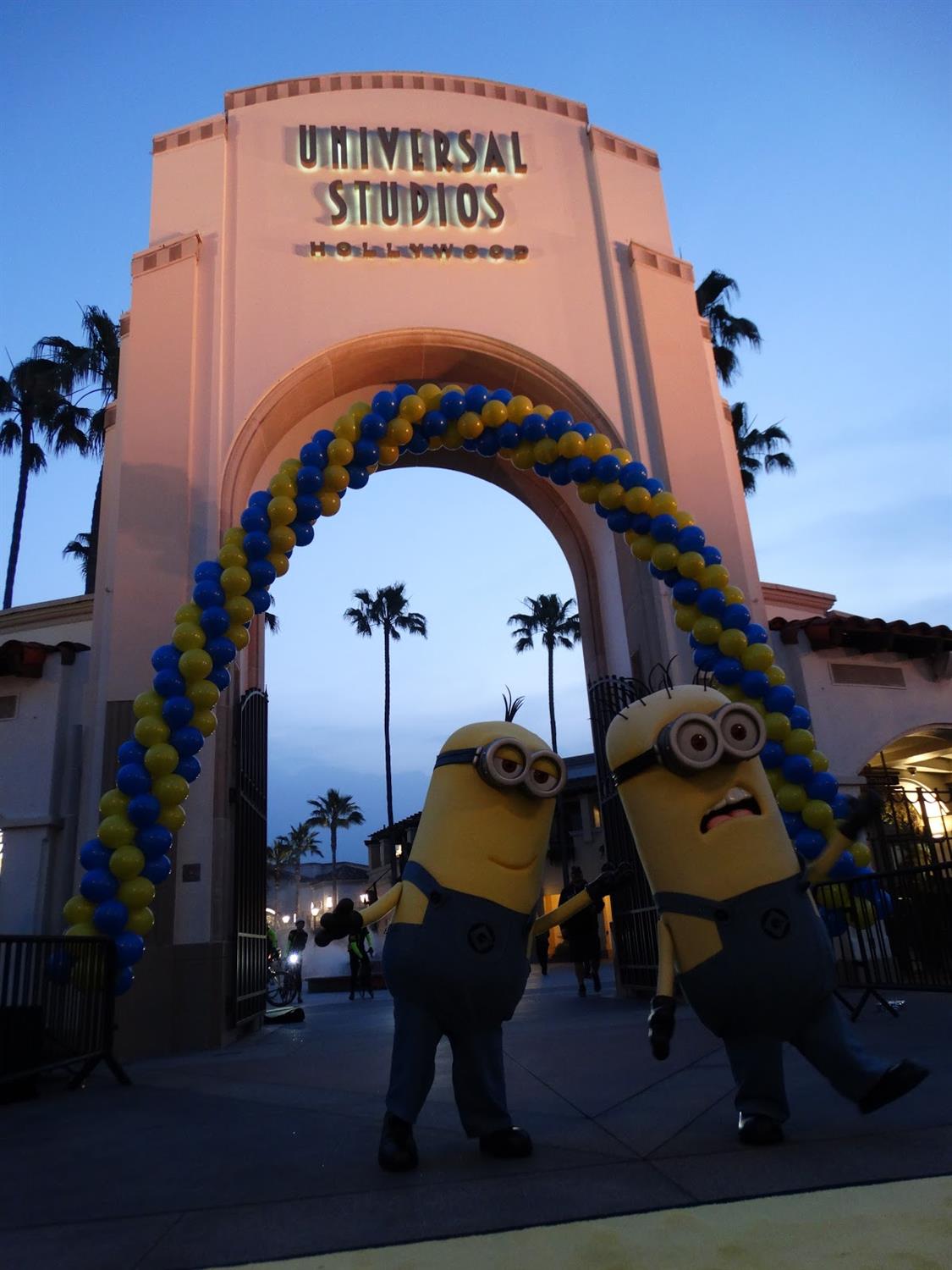 It’s time to get some exercise at Universal Studios Hollywood! This morning, the iconic Los Angeles theme park launched its ongoing “Running Universal” series with the first-ever Minion Run 5K, hosted by none other than those bumbling buffoons Bob and Kevin from the Despicable Me movies (and Minions, of course).

“The energetic Minion-themed 5K takes place on Saturday, May 11 and Sunday, May 12, and gives participants an unprecedented insider’s view of the theme park and movie studio. The course starts at Universal Studios Hollywood’s front gates, winds through the historic backlot, and finishes at Universal CityWalk’s 5 Tower stage.”

Beginning at a very early hour, runners lined up in the famous courtyard outside Universal Studios Hollywood (next to the giant rotating globe fountain) to be among the first-ever participants in a Running Universal event. Guests were decked out in their best Gru, Minion, Scooby-Doo, Harry Potter, and other Universal-themed costumes to best help them stand out in the crowd as they ran their way through Super Silly Fun Land from Despicable Me, backlot sets from War of the Worlds, Psycho, and Jaws, and The Wizarding World. “Invite the whole family to enjoy a great run through Universal Studios Hollywood where you'll experience a Minion-themed course with Universal entertainment along the way before a fantastic finish at Universal CityWalk. It's all part of the excitement during the Inaugural Minion 5K that's a perfect event for beginners, intermediates, or even racing veterans. Adults, teens, tweens – and everyone in between – are invited to join the fun!” The Minion Run 5K also featured fun character meet-and-greets and entertainment on the course, photo opportunities with the Minions, and a finish line celebration at Universal CityWalk. It is a chip-timed event that has been certified by the USA Track & Field (USATF) national running organization. A second Running Universal Event, the Jurassic World Run, has been scheduled at the park for this coming November. 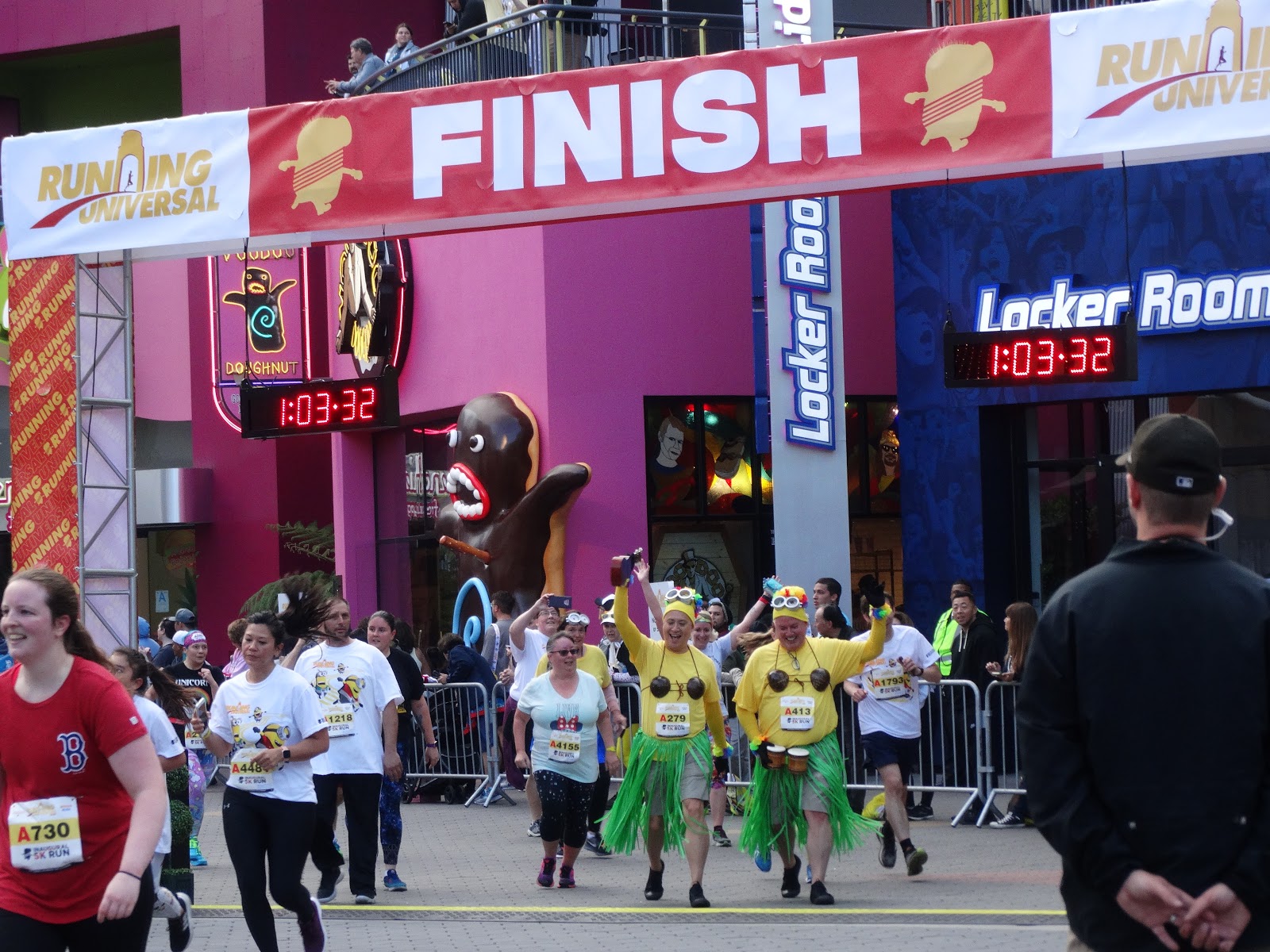 Another Minion Run 5K is set to be held tomorrow morning, Sunday May 12, at Universal Studios Hollywood. For more information and to register for the event, be sure to visit the official Running Universal website.