Welcome to Extinct Attractions. This week, we go on a laugh riot as we watch Beetlejuice’s antics at Universal parks around the world.

This past weekend Beetlejuice the Musical didn’t manage to win any Tony Awards amongst its eight nominations, but the fact that it was nominated that many times is still very impressive. Now I don’t know about you, but I never would’ve pictured Beetlejuice getting the musical treatment, I would love to make it to one of the shows because the film is my favorite Tim Burton movie. While it seems like the sequel is officially off the books (sad), I’m glad that the property is still getting some love 30 years later. 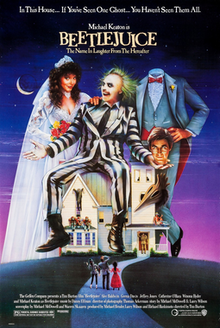 Beetlejuice hit theaters in 1988 and was an immediate success both financially and critically. A wildly inventive film, Michael Keaton brought to life Tim Burton’s wacky ideas, and you could tell that everyone was just having a blast the whole time.

One thing that theme park fans often forget is that Beetlejuice is actually a Warner Bros. property because the character is so ingrained in the Universal theme parks. He’s basically treated as one of the Universal monsters who gets to go out and roam the parks as he feels. Plus, he’s had an attraction in at least one Universal park since 1992. 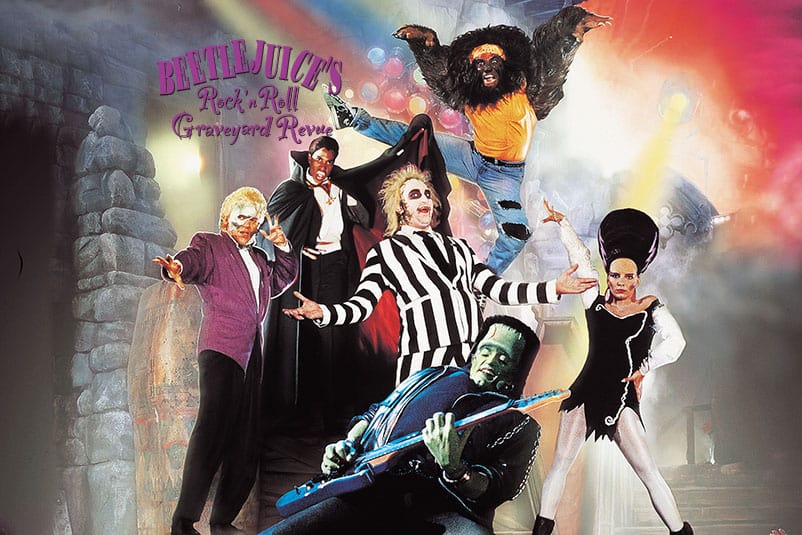 Opening at Universal Studios Florida and Universal Studios Hollywood in 1992, Beetlejuice’s Rock ‘n Roll Graveyard Revue brought Beetlejuice together with the classic Universal monsters in a rock and roll marathon. Over the years, the show went through a multitude of names and versions, but there has always been the constants of Beetlejuice, Frankenstein’s Monster, the Bride of Frankenstein, Dracula and the Wolfman.

In fact, the show went through four different versions with the primary changes being a new setlist and some different side characters. In Hollywood, the original version lasted until 1995, when Version 2.0 took over, even though it took until 2002 for that version to reach Orlando. Meanwhile, Universal Studios Japan immediately jumped to Version 2.0 when it opened with the park on March 31, 2001, and it has never changed over the years, showing that maybe consistency is the key to keeping some of these older attractions alive.

Though Hollywood and Japan were content at sticking with Version 2.0, Universal Studios Florida wanted to keep things as fresh as possible, making a Version 3.0 and 4.0 of the show. After perusing the song lists for each of the versions, I present to you Version 3.0 (because it had the most songs that I enjoy).

I may be biased because I love Beetlejuice and 80s music, but I absolutely loved this show. It’s such a clever idea to bring together this comedic dynamo in Beetlejuice and classic Universal monsters.

But then wait, it’s not just the classic monsters as you know them because Beetlejuice used some magic to get them all decked out in rock and roll outfits. Plus, each of them can now sing and dance with the best of them. Basically, it’s something that you didn’t know that you needed, but then it happens and is everything you ever wanted and more.

I grew up loving the Universal monsters, so seeing them transform into these rock stars was so out of left field and simply fantastic. All of the performers did a great job of channeling each character’s personality while also bringing their own rocking flair to it. Plus, there were only a couple of background dancers, so each of the monsters had to hold their own as both singers and dancers. 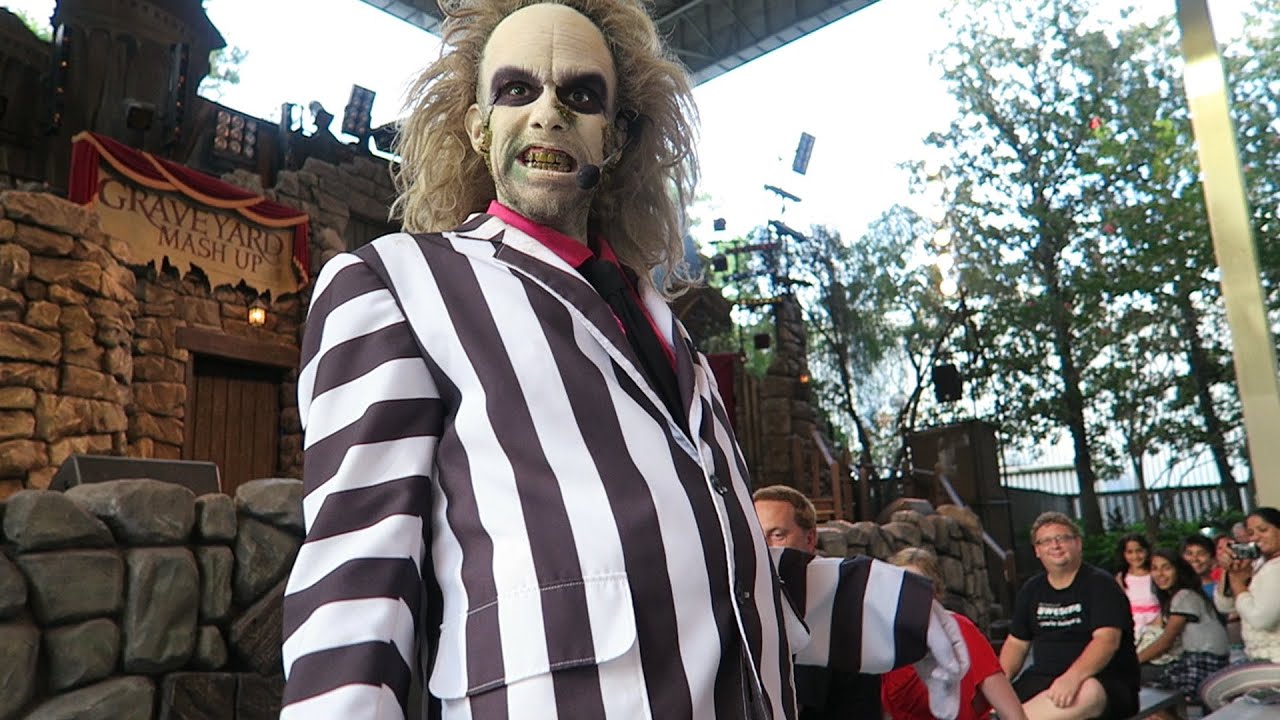 But undoubtedly, the king of the show was Beetlejuice himself. While he didn’t really get into the singing or dancing as much, he provided so much energy to the show that made it a blast to watch. Plus, they let him go off book and say any little improv things that he wanted to, keeping you coming back to the show again and again. But where he really shined was the fact that he didn’t have to stay quite as clean as he would at Disney, with the show definitely being closer to a PG-13 than a PG rating (though most of his jokes would fly right over the heads of little ones). There were definitely a few times watching the video that I found myself saying “Did he just say that?!” 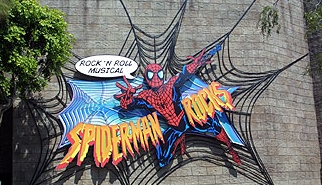 Instead, most of my experience with Beetlejuice came over in Orlando, where I got to see Version 3.0 and Version 4.0 of the show. I loved Version 3.0 and still really enjoyed 4.0, but that version got a little more pop-heavy with the music making it a little less exciting for the old-school heart in me.

Unfortunately, Beetlejuice’s Rock and Roll Graveyard Revue came to an end in Universal Orlando on January 5th, 2016 to be replaced by Fast & Furious Supercharged (aka one of the worst attractions Universal has to offer). It’s disappointing to have lost such a great show for such a silly ride that didn’t even try to differentiate itself from Hollywood’s version, but I can’t say it’s a shock. A Beetlejuice show lasting nearly 24 years is incredible, so I’m simply glad that it got to stick around for as long as it did.

Luckily, like most Universal attractions that I’ve discussed so far, the show is still alive and well in Japan. For some reason, they love keeping these attractions around, and I’m certainly grateful for it.

Well, that brings our story to a close, but here’s a look at what we’ll be discussing in two weeks (because next week I’ll be predicting the box office for this little film Toy Story 4).