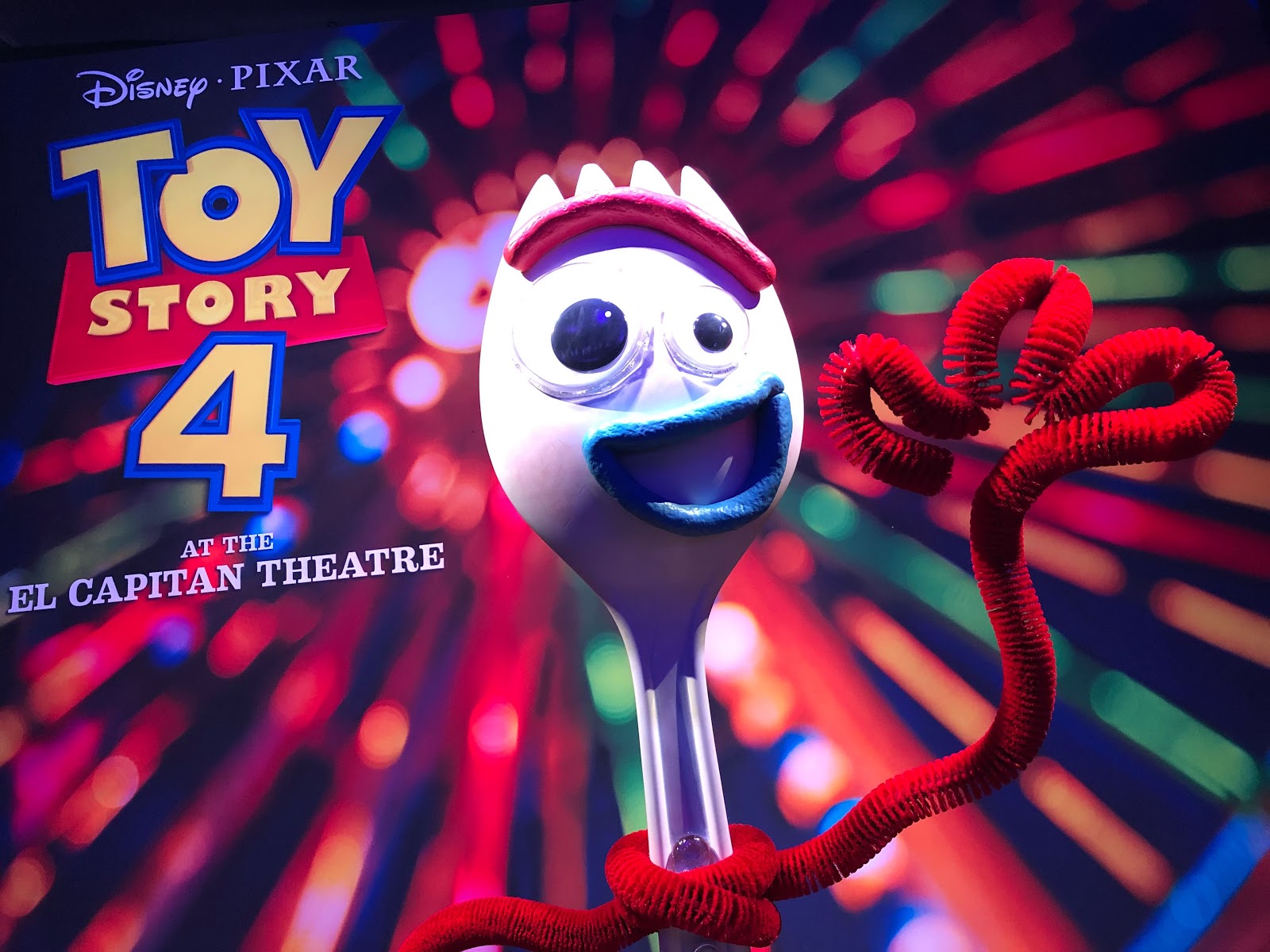 Hey howdy hey! Disney/Pixar’s highly anticipated new sequel Toy Story 4 is now playing. And as always, there’s no better place to see it in Southern California than at Hollywood’s El Capitan Theatre, where fans can get the ultimate Toy Story 4 experience before enjoying the feature film in state-of-the-art Dolby Vision laser projection.

A much-bigger-than-life-size statue of the new character Forky (voiced by actor Tony Hale in the movie) is on hand in El Capitan’s lower level for photo ops with guests, in addition to a gorgeous lobby-wide mural wall featuring all your favorite Toy Story friends. Plus, special popcorn buckets and sipper cups are available at the concession stand. And last night for the celebratory opening evening of Toy Story 4, one of the film’s stars Ally Maki (who plays Giggle McDimples) came out before the show to help get the crowd pumped for the big screening.

As if that weren’t enough, as an extra added bonus before every showing of Toy Story 4, El Capitan Theatre is hosting the Side Street Strutters jazz band (as frequently seen at Disneyland) to perform a set of favorite songs from Pixar Animation Studios movies like The Incredibles, Finding Nemo, Cars, Monsters Inc., and of course the Toy Story series. During the show, the Side Street Strutters are joined by the wonderful jazz singer Mel Collins and none other than Woody and Buzz Lightyear themselves.

Toy Story 4 will be presented daily from now through Sunday, July 14 at El Capitan Theatre in Hollywood. For more information and advance ticketing resources, be sure to visit El Capitan’s official website.