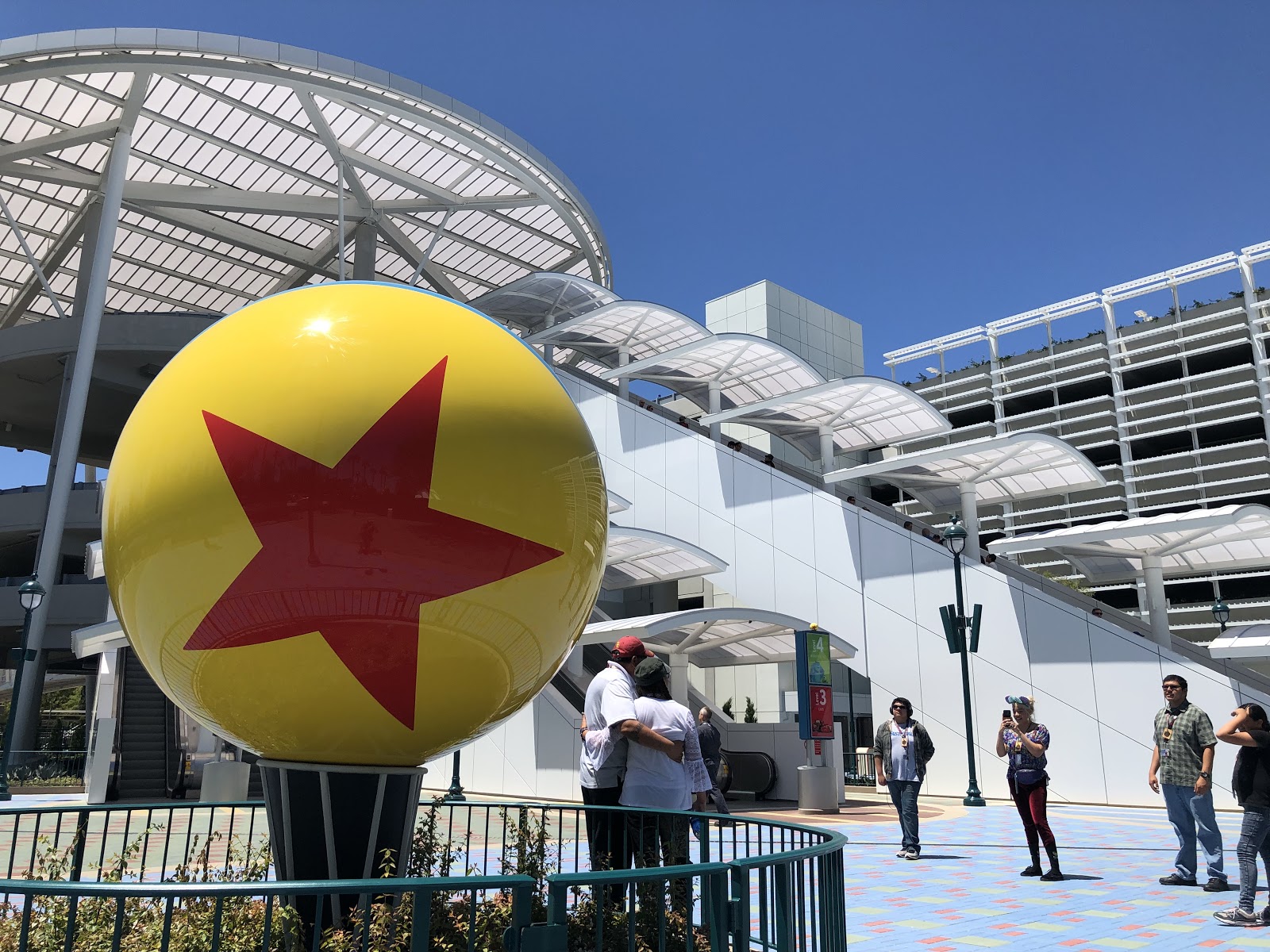 Disneyland Resort’s parking capacity problems are now (for the time being, at least) a thing of the past, as the newly constructed Pixar Pals parking structure has opened at the Happiest Place On Earth in Anaheim, California. The structure, built adjacent to the existing Mickey & Friends parking garage, add more than five thousand individual parking spaces to the west side of Disneyland Resort.

Each level of Pixar Pals is named after a popular Disney/Pixar property such as Coco, Cars, Monsters Inc., Finding Nemo, and Inside Out, and the parking structure connects to both street level and Mickey & Friends via a system of ramps. Additional entry lanes allow vehicle access from Magic Way, across from the Downtown Disney District.

And speaking of Magic Way, a new pedestrian bridge connecting Pixar Pals parking structure to the Downtown Disney District stretches over the street on Disneyland Resort property, though it is not yet open to guests. When the bridge does finally open as well, folks will be able to access the theme parks (Disneyland and Disney California Adventure) and Downtown Disney using the walkway that will stretch all the way from Pixar Pals to the outdoor shopping area.

“These parking and transportation enhancements—along with other existing parking options throughout the resort area—are designed to improve parking and traffic flow to continue to enhance the overall guest experience at the Disneyland Resort.”

With Disneyland’s expansive new Star Wars: Galaxy’s Edge area now open, Disney California Adventure’s Pixar Pier finally complete, and the thus-far-unnamed Marvel superhero-themed land coming next year, Disneyland Resort is surely going to be making use of these additional parking spaces, especially considering how many times Mickey & Friends– not to mention the resort’s other parking lots– have filled to capacity over the past few years.