Fans of Disney Villainous, an exciting board game for ages 10 and up, likely weren’t prepared for the surprise announcement that game maker Ravensburger just shared. A third installment will debut on August 1st exclusively at Target stores, Disney Villainous: Evil Comes Prepared. With The Lion King hitting theaters this weekend, they couldn’t have picked a more perfect time to drop the news. Best of all? They sent us an early review copy! Three new villains join the series: Scar from The Lion King, Yzma from The Emperor’s New Groove, and Ratigan from The Great Mouse Detective. 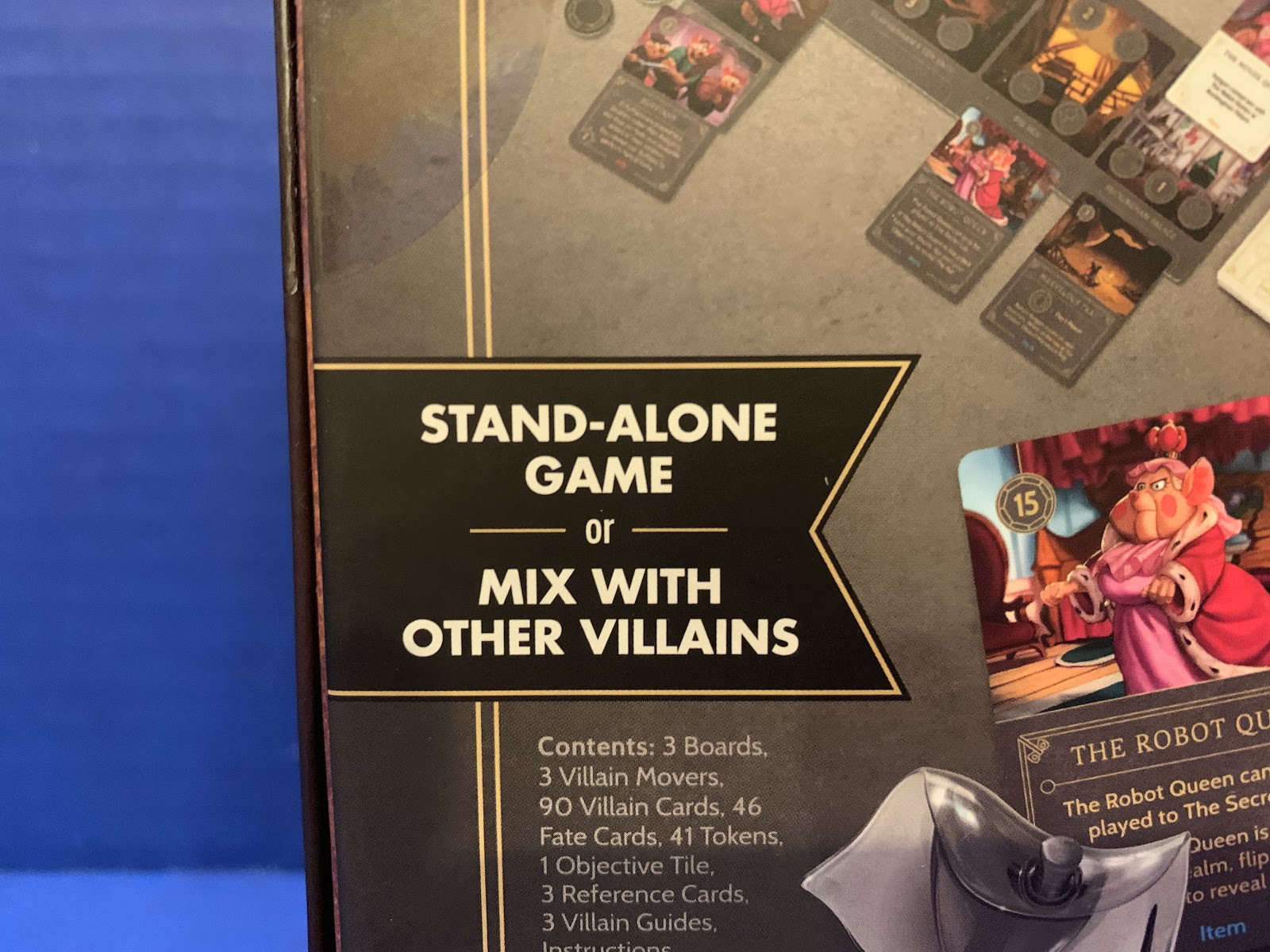 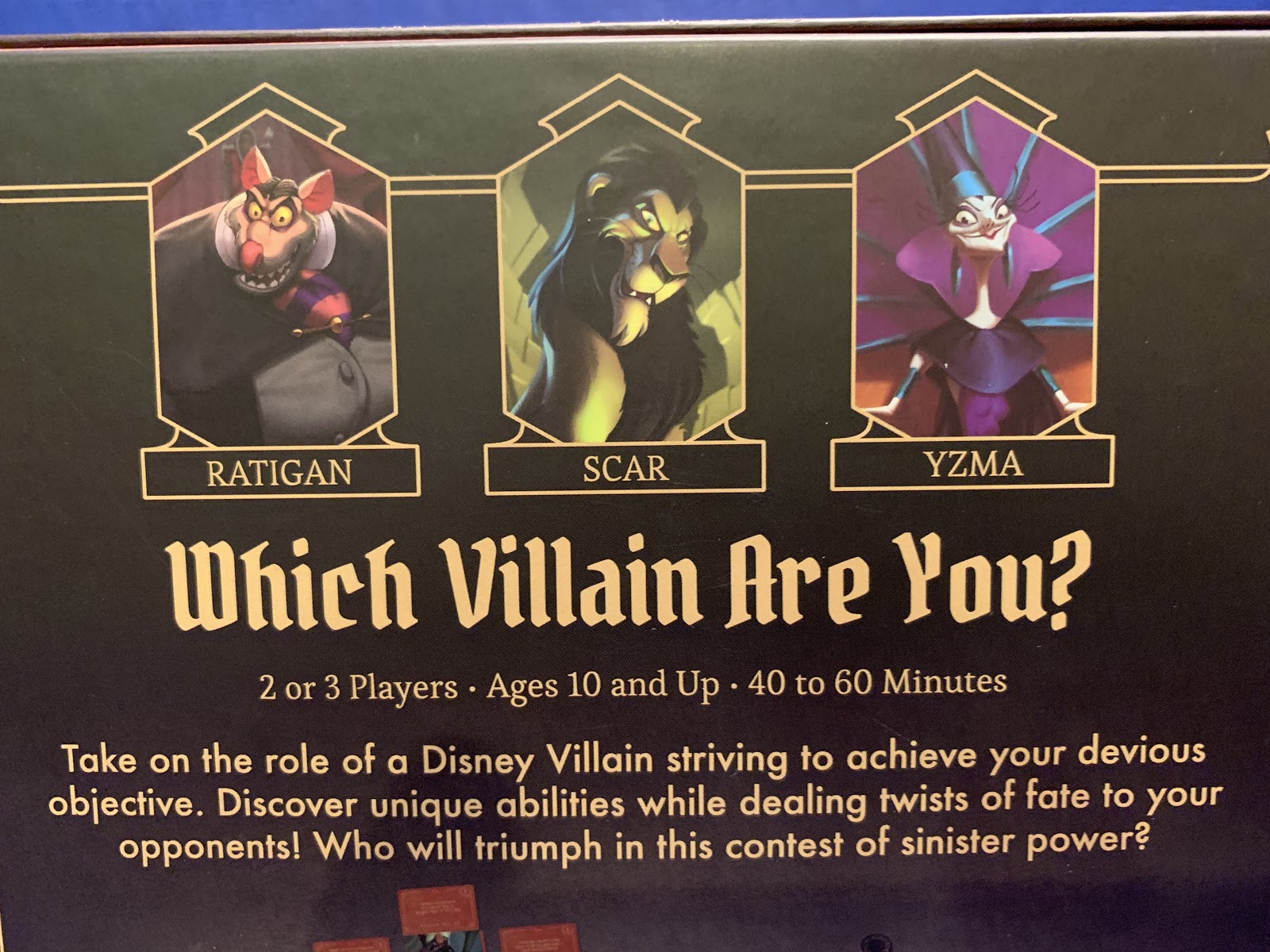 Like the second release, Disney Villainous: Evil to the Core, this release can be played as its own stand-alone game, but can also be treated as an expansion and played with the characters from the previous two games. The original release came with Maleficent, Ursula, Captain Hook, Jafar, the Red Queen, and Prince John. Evil to the Core added the Evil Queen, Dr. Facilier, and Hades. That means there are now twelve villains in all for players to choose from when you pick up all three games. 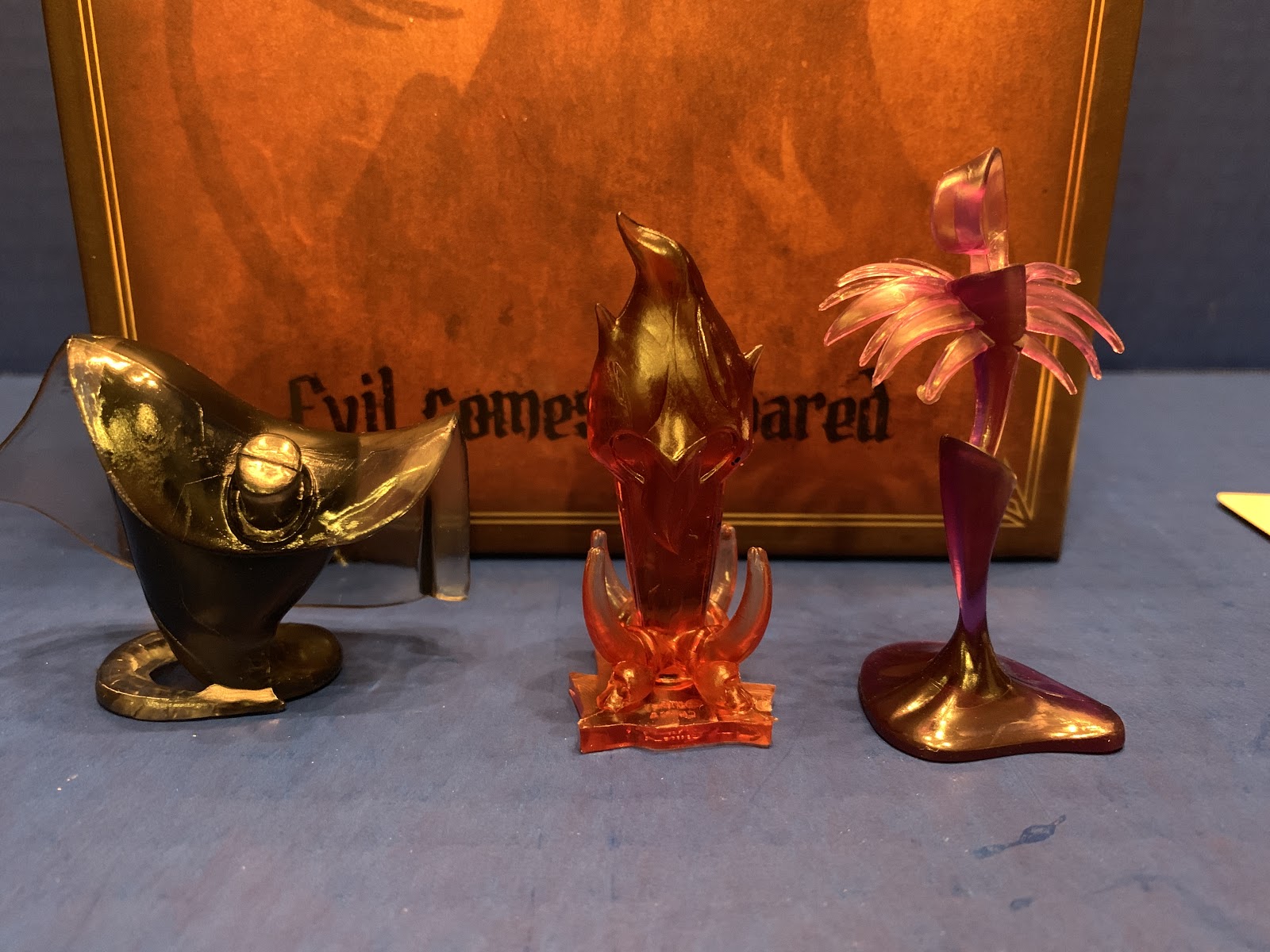 Each player receives a small board with their villains realm, a deck of villain cards that they can draw from, and a fate deck that their opponents will draw from to thwart them. The object of the game is different for each villain: Scar needs to defeat enough heroes to have fifteen power in his discard pile, Yzma needs to use Kronk to defeat Kuzco, and Ratigan needs to start a turn with the Robot Queen on the board, but if she gets defeated by an opponent before that happens, he turns into a disgusting rat and now needs to defeat Basil to win. 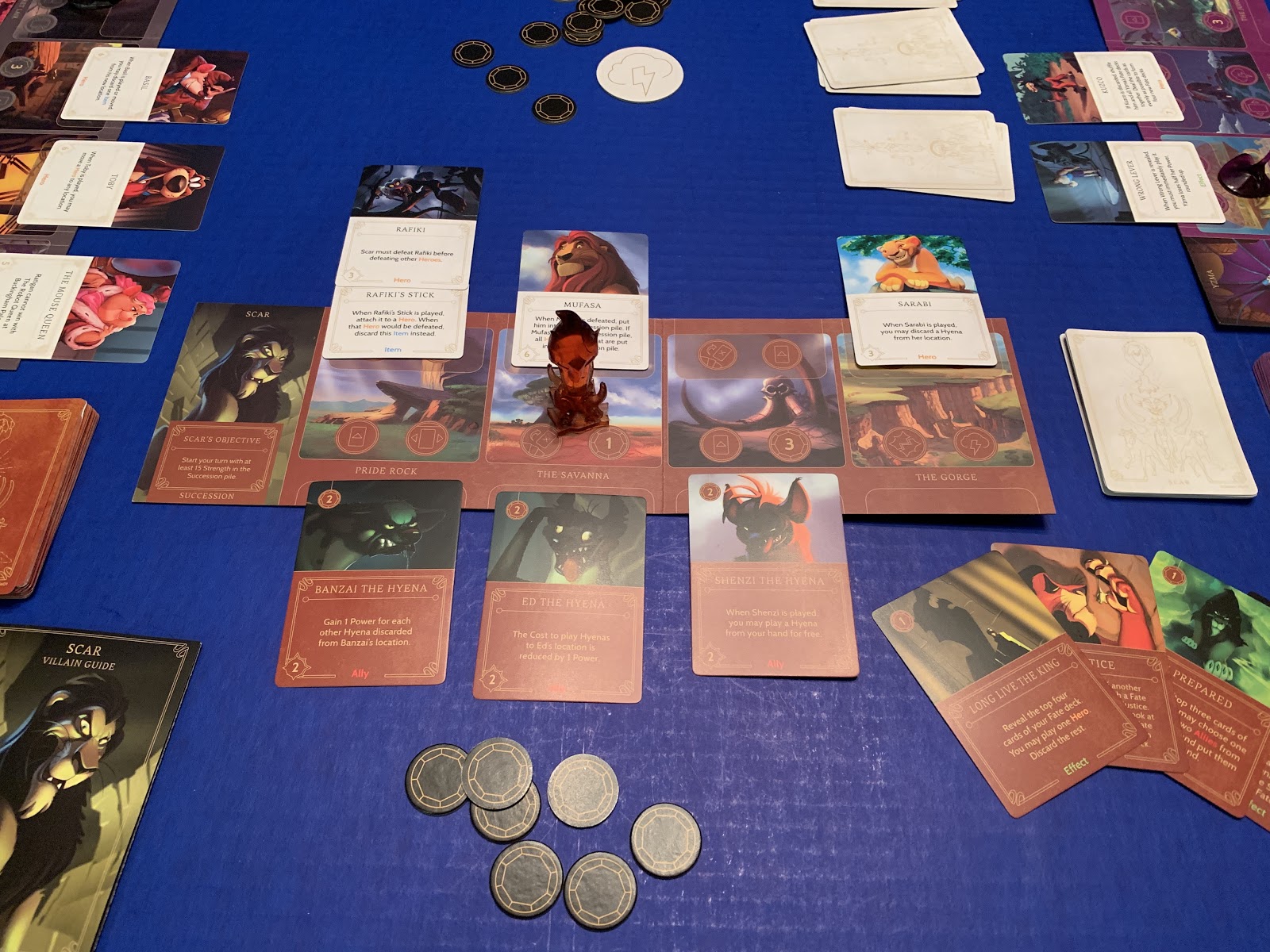 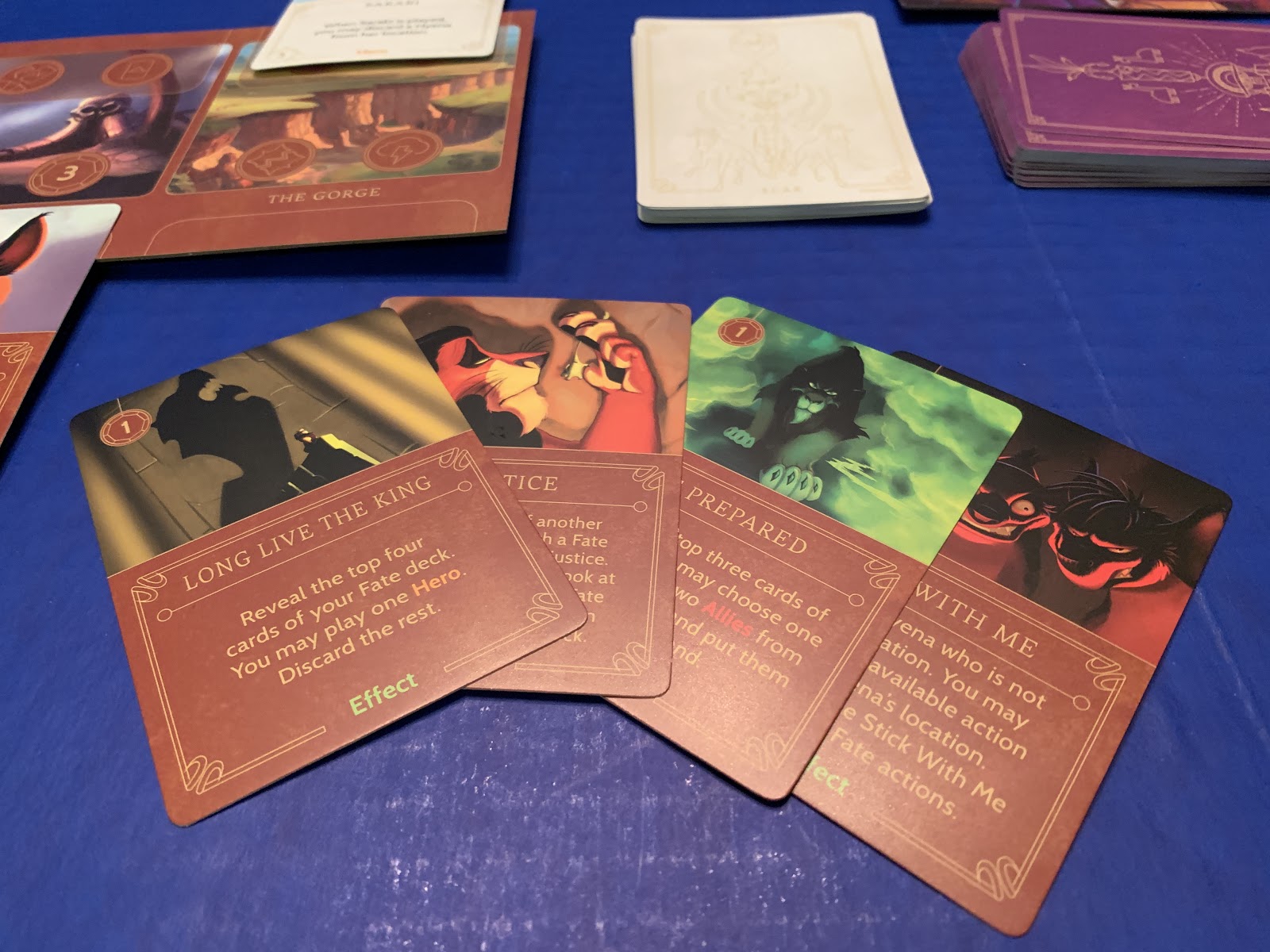 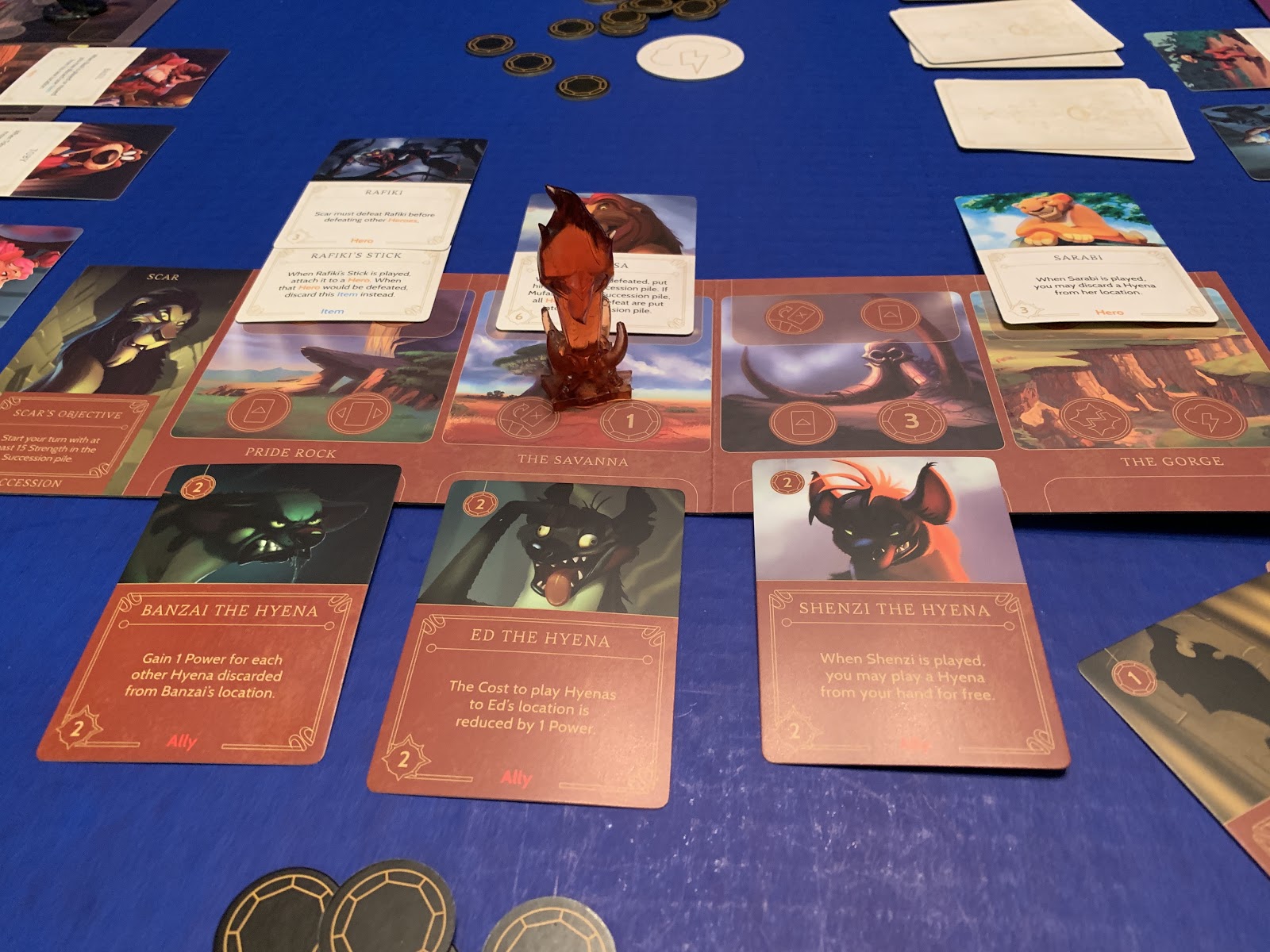 There’s no die and on a player’s turn, they can move their pawn to any area of their realm once. You must move and icons in each realm indicate a different action you can make. You can do one of each during your turn and when opponents play a fate card on your board, it eliminates a few of these options at the top of the board. Moving across your realm also allows you to accumulate power tokens, which are needed to deploy some cards from your villain deck and a high number may be required to achieve your villain’s objective to win the game. 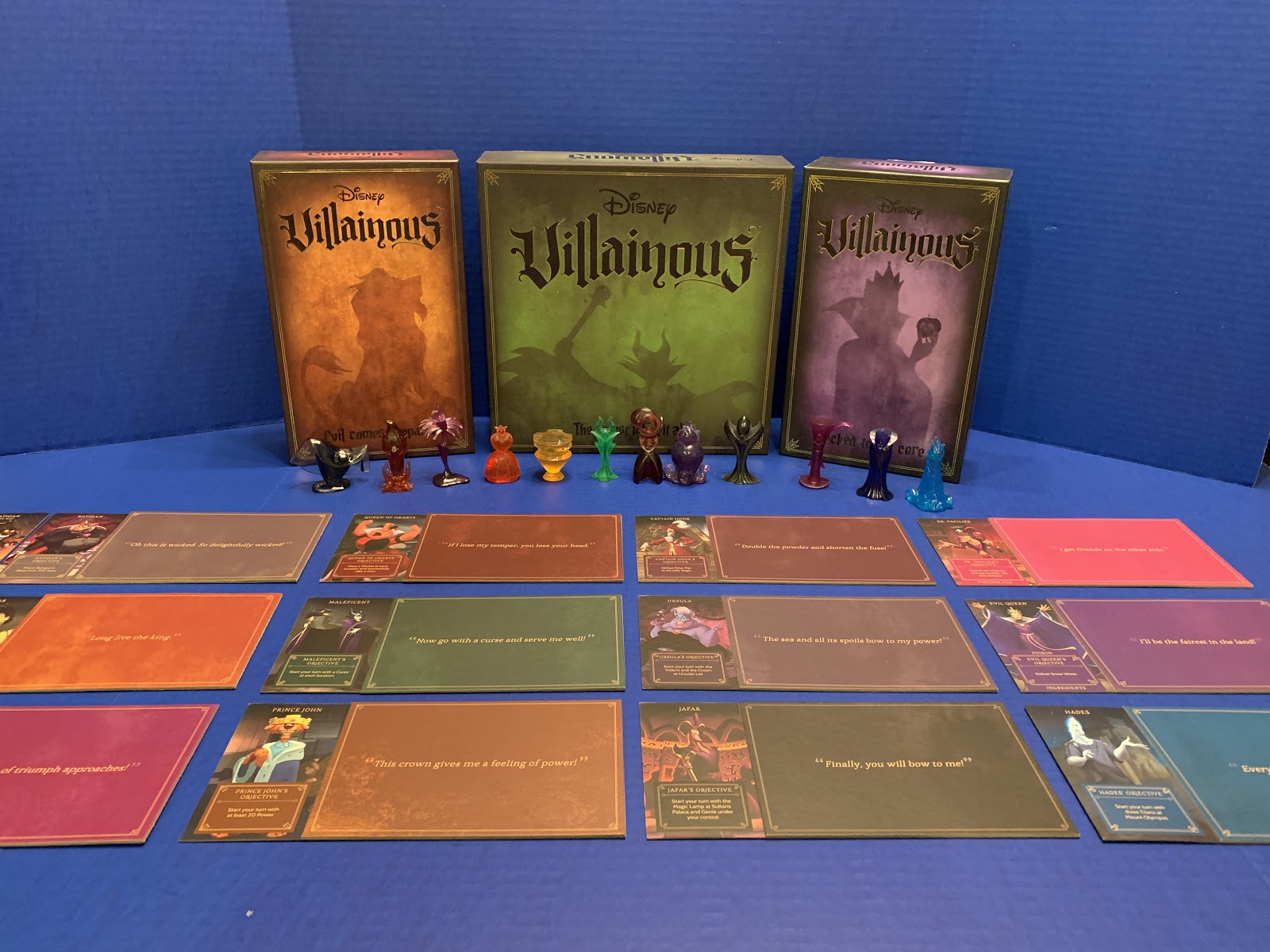 You only need a minimum of two players to play the game, making it ideal for couples. But I recommend getting a bigger group together and if you have the entire set, you can now play with up to twelve players. That is likely to make for an infuriatingly long game that is hard to keep track of, but part of the fun is picking on friends or seeking retaliation for dirty deeds done unto you during another player’s turn.

I love the look of the pawns, which are colorful and transparent, harkening back to the style or silhouette of the villain. Ratigan’s in particular is very striking and it was fun to line them up from all of the releases for this review. 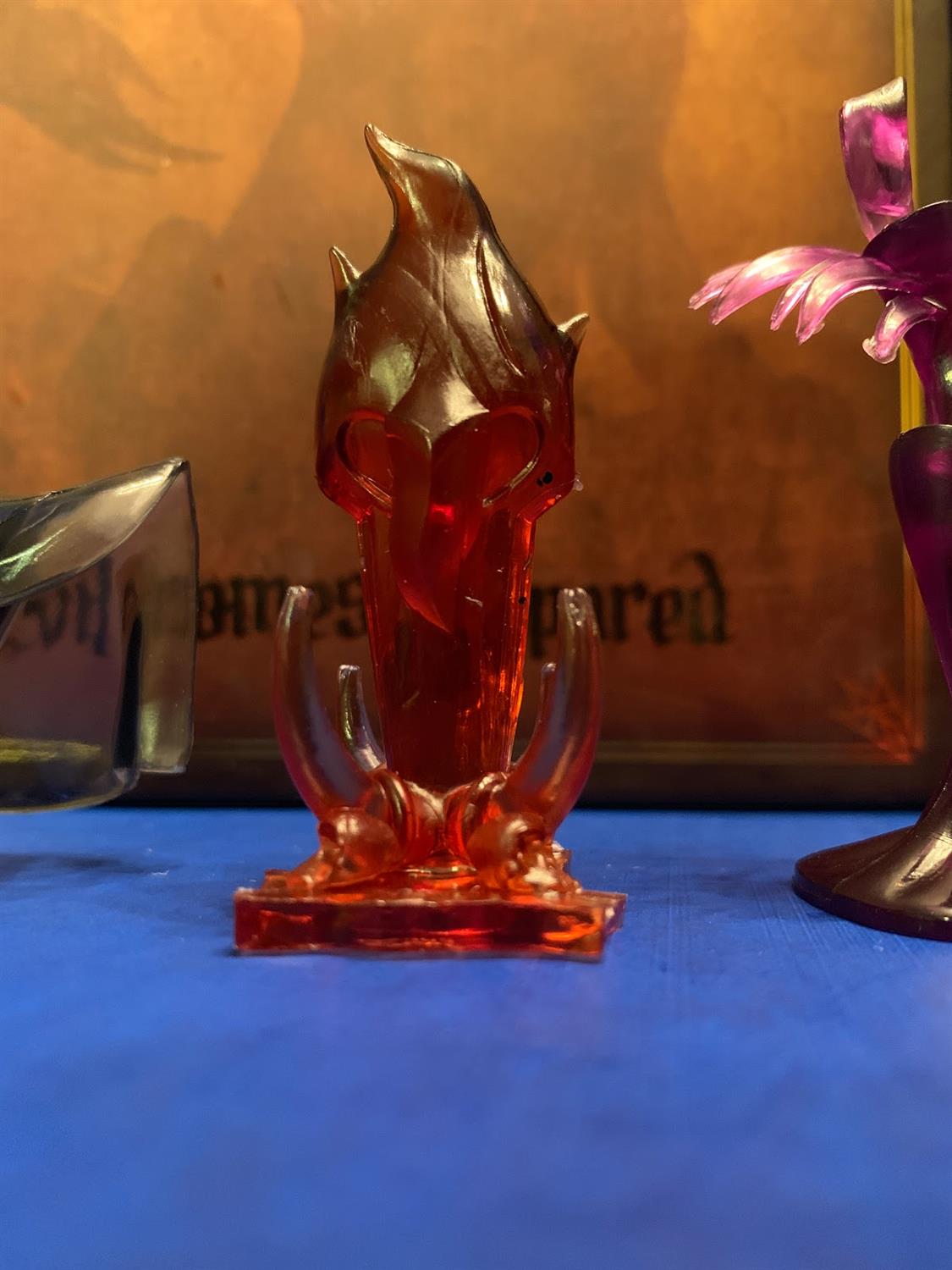 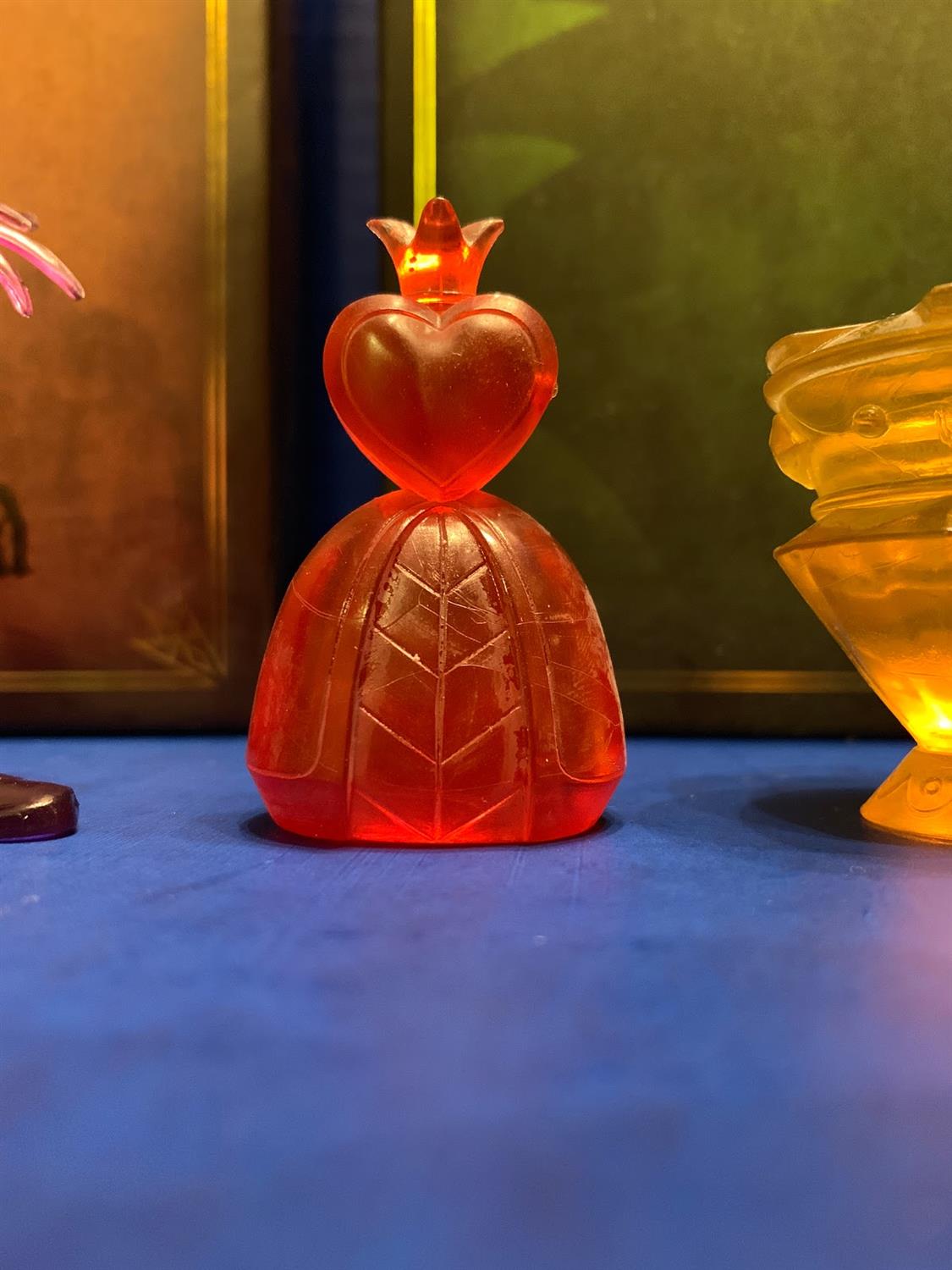 I love Disney Villainous and Evil Comes Prepared adds three great characters to the series. I never would’ve imagined that we’d get a character like Ratigan in the series, which is part of what makes this game so special. The artwork on the cards and board are worthy of a close study as well.

Disney Villainous: Evil Comes Prepared from Ravensbergerwill be coming to Target starting August 1st and is now available for preorder. A collection of 1,000 piece puzzles based on the artwork from this series will also launch on August 15th, just in time for Halloween. If you’re a fan of Disney Villains, you need to try Disney Villainous to experience some competitive rivalry with your family and friends. A little pro tip: Start practicing your maniacal laugh now.