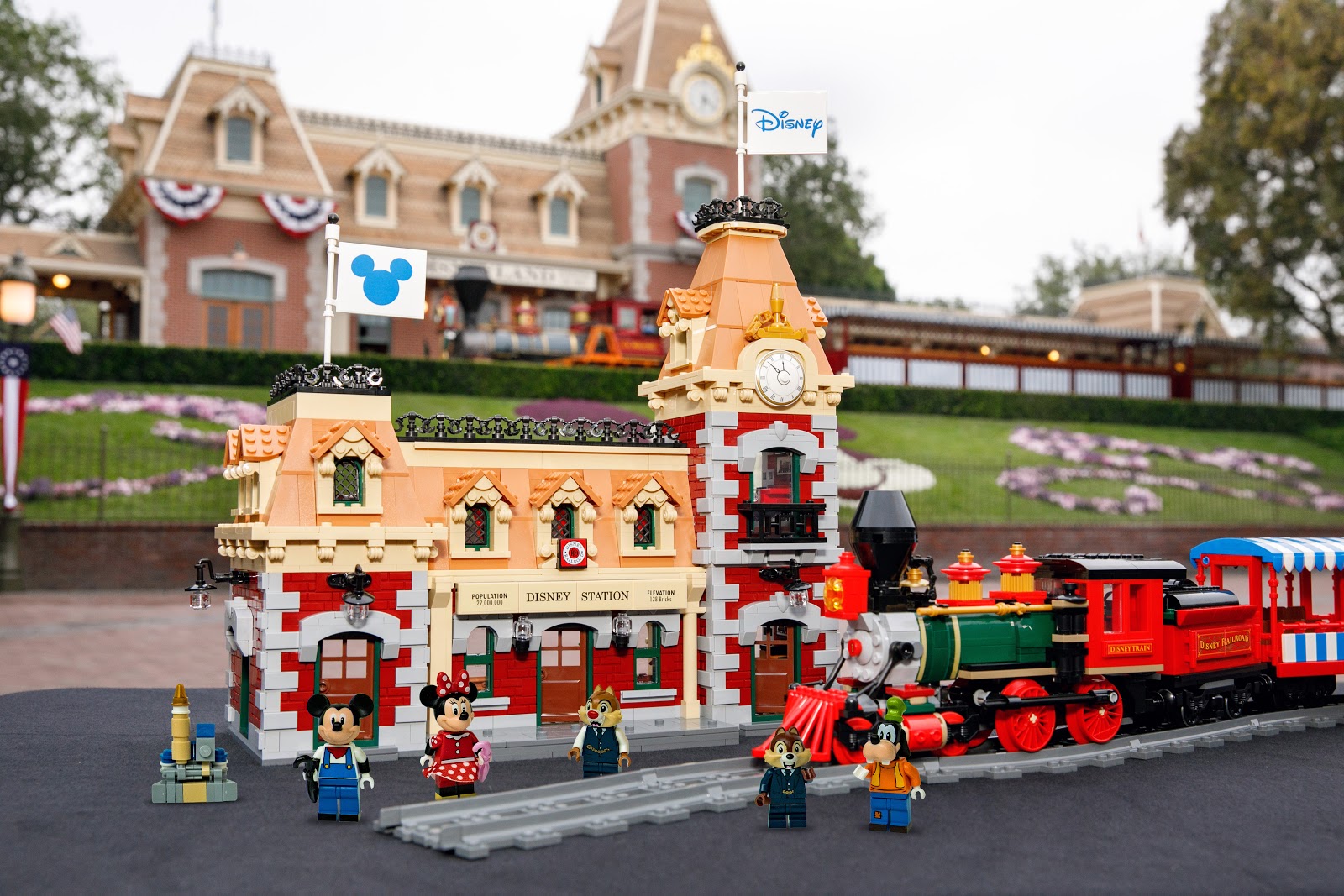 The Disney Train and Station LEGO set, available Sunday, September 1– or Wednesday, August 21 if you’re a LEGO VIP member– includes 2,925 pieces, five minifigures (Engineer Mickey, Minnie Mouse with a cloth skirt, Conductors Chip ‘n Dale, and– for the first time ever in LEGO minifigure form– Goofy!), and a full loop of track so you can run your very own Disneyland Railroad to your heart’s content.

LEGO Disney Train and Station is set #71044 and will retail for $329.99 in the United States. The steam-style railroad train includes tender, passenger car, and a luxurious parlor car (which Disneyland fans know as the Lilly Belle). Builders can control the train with a downloadable app, with forward and backward movement plus realistic sound effects. Remember: batteries are required but not included!

Other cool details of the LEGO Disney Train and Station building set:

As a lifelong Disney Parks fanatic and LEGO collector, I’m personally very excited to own the LEGO Disney Train and Station, though I do think it’s a little odd that they went with such a generic name for the set, even though the building and train are clearly modeled after those you find at the original Disneyland theme park in Anaheim, California.

I also don’t love that the station building is only a facade. I would have paid a little more to have the complete building and even the loading platform, though I suppose that’s something I can complete myself. After all, that’s the wonderful thing about LEGO– it’s endlessly customizable. All that said, I can’t wait to get my hands on this set, and the best news is I won’t have to wait too long! 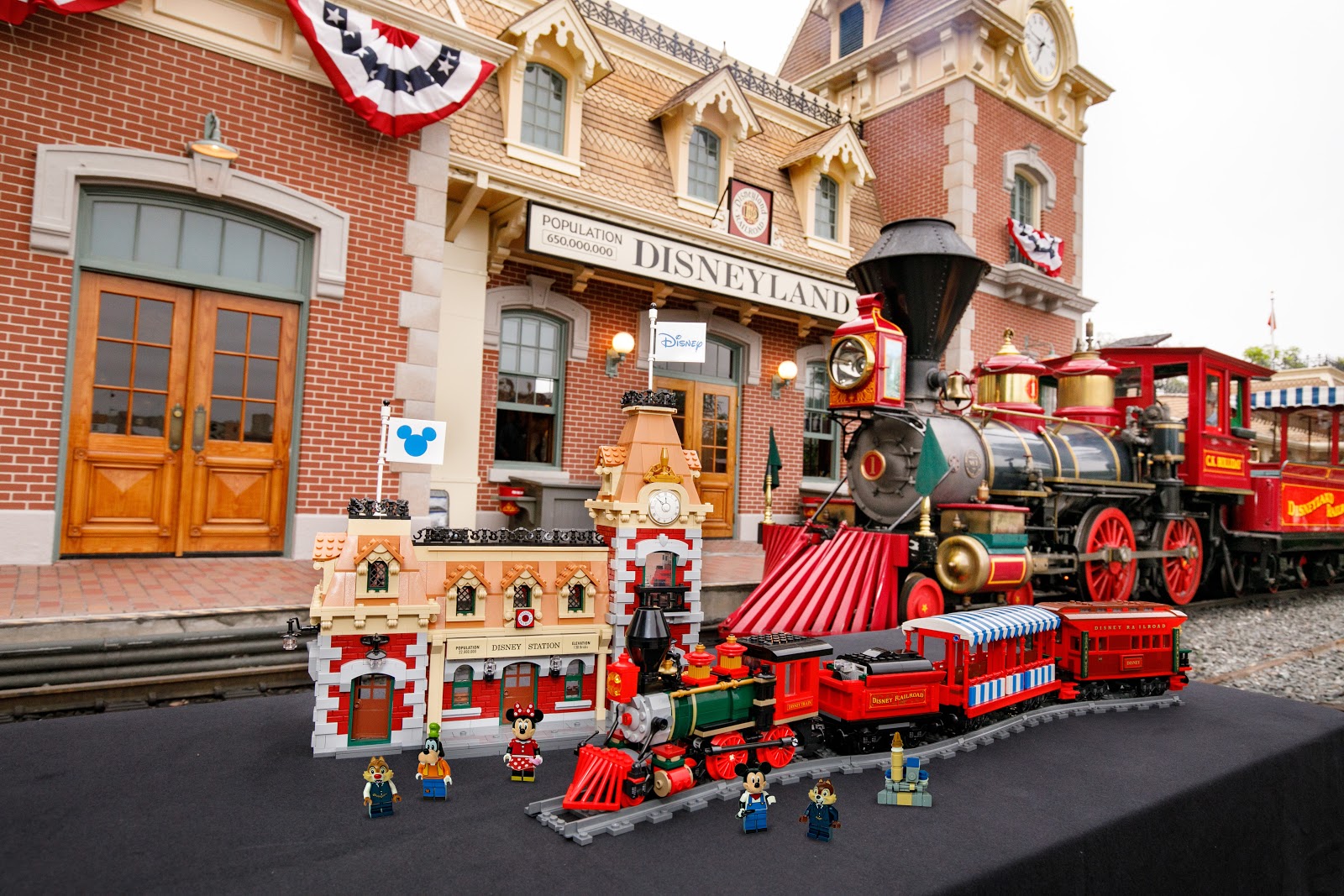