As part of Freeform’s 30 Days of Disney, Maleficent is getting some airings ahead of this fall’s release of the sequel, Maleficent: Mistress of Evil. Since the 2014 has been eclipsed by larger live-action takes on classic Disney tales such as Beauty and the Beast and The Lion King, it is often forgotten that the film was a success. In fact, it out-grossed other Disney releases including Doctor Strange, Ant-Man and the Wasp, and Solo. It is this success that caused Disney to bring together future Marvel star Angelina Jolie and Pirates of the Caribbean: Dead Men Tell No Tales director Joachim Rønning to tell more of the story.

As we are less than 50 days away from the sequel’s release, Disney released new character posters featuring some new characters and some familiar faces. We also got a bit more information about their role in the new movie. 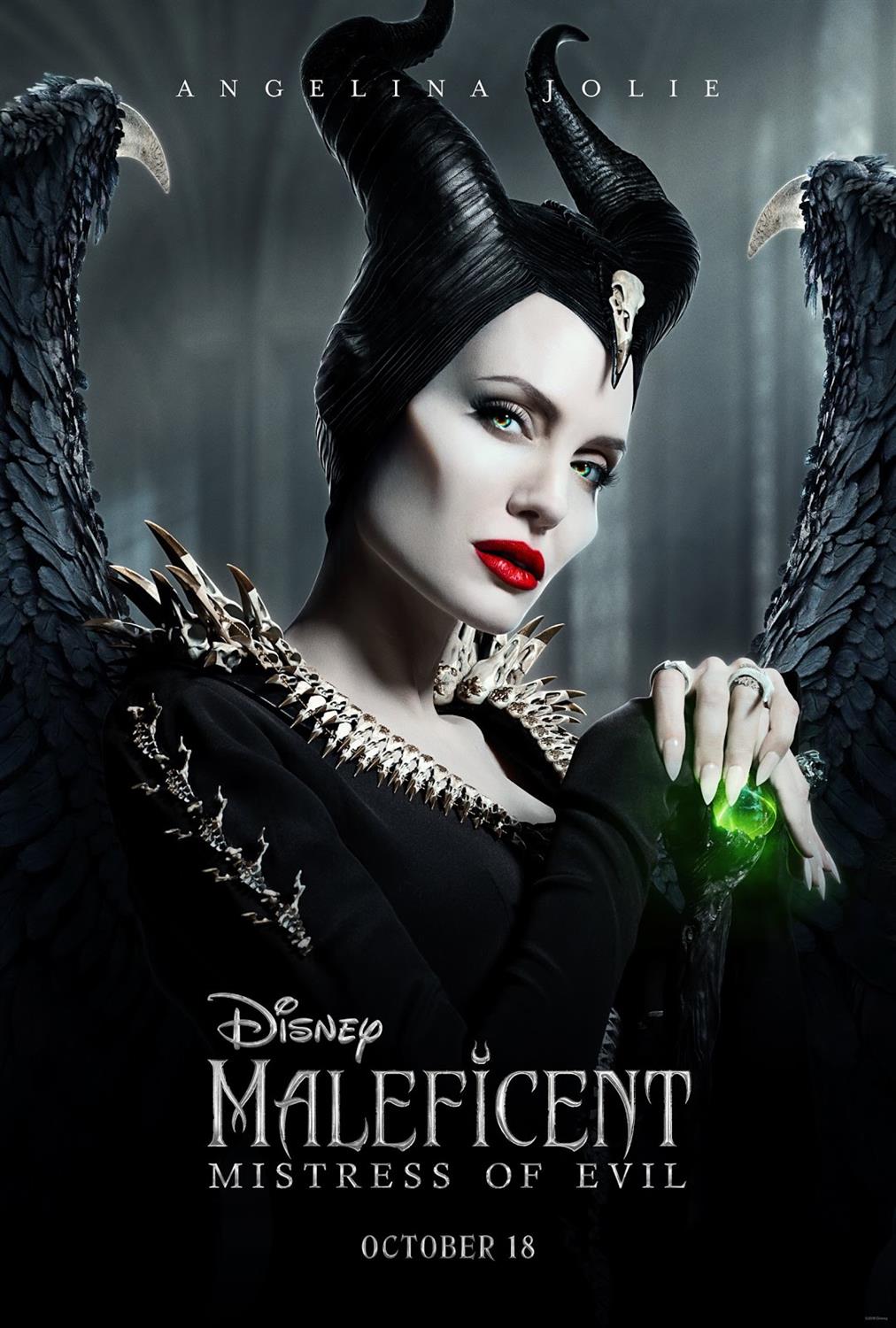 Angelina Jolie returns as Maleficent, the dark fairy that protects the magical creatures of the Moors. While deliciously wicked, she has grown to love the princess she cursed. It is that love that is tested as Prince Phillip and his family cause a divide between Aurora and the “mistress of evil” Elle Fanning also returns as Aurora. The young princess is now Queen of the Moors, a position bestowed upon her by Maleficent. She is set to wed Prince Phillip, but instead of uniting the Moors and the human world, her impending nuptials seem to be causing a growing divide. 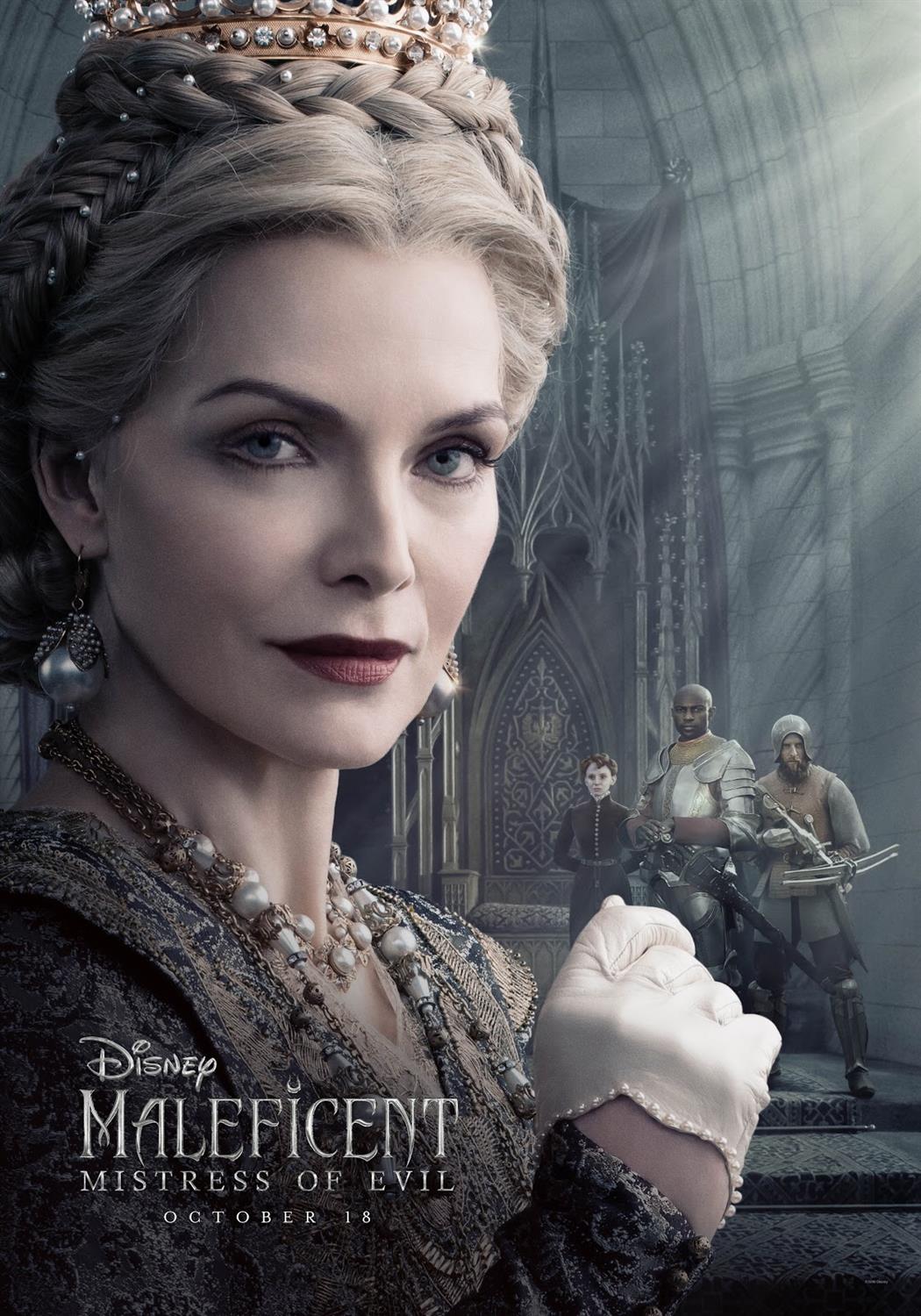 Michelle Pfeiffer joins the Maleficent story as Queen Ingrith, the queen of Ulstead and Aurora’s future mother-in-law. Unlike Pfeiffer’s role in the Marvel Cinematic Universe, Ingrith is described as being wicked, cunning, and selfish. She is considered a worthy adversary to the dark fairy Maleficent and has an evil plan to divide humans and fairies forever. 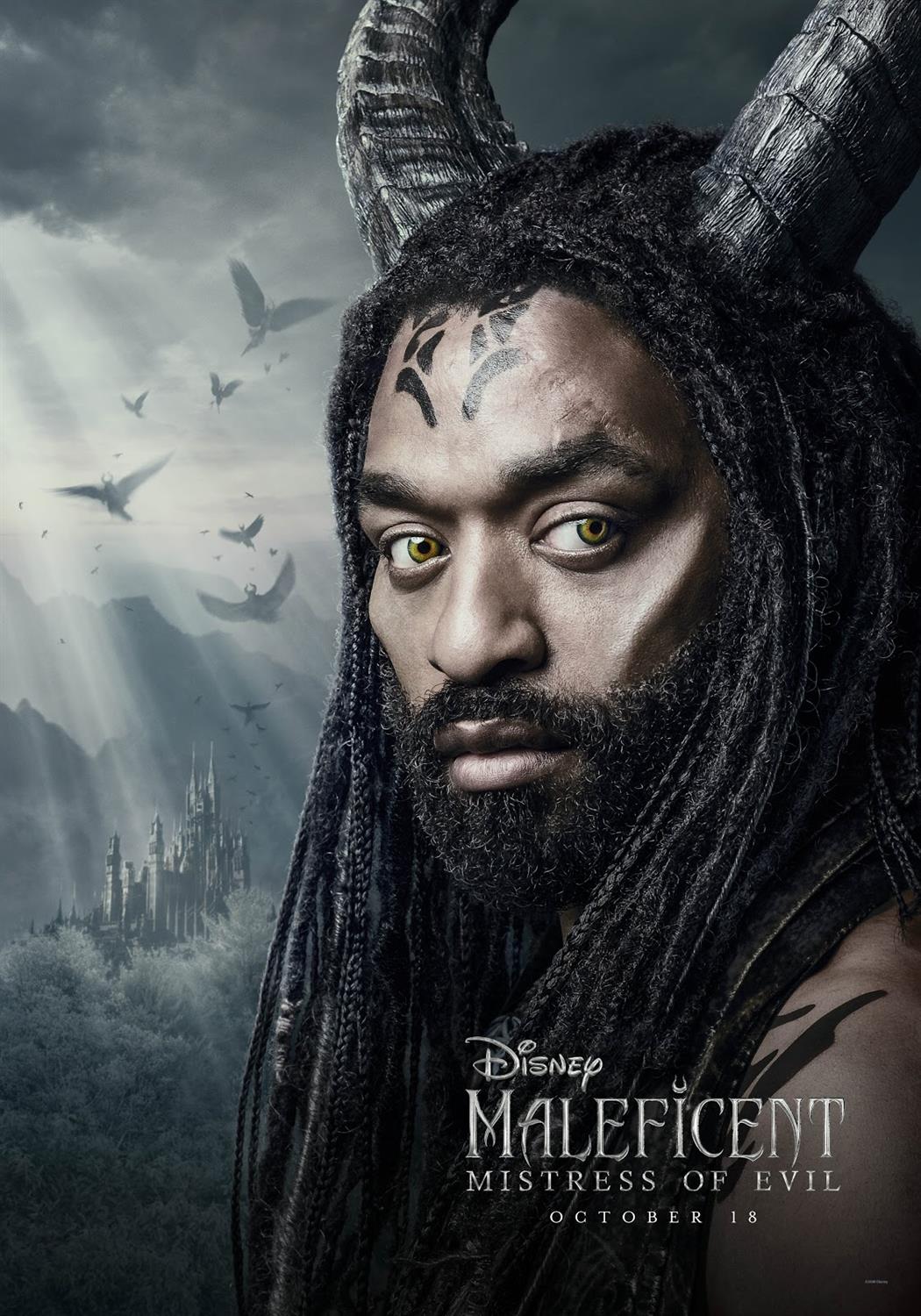 Speaking of MCU performers, Doctor Strange’s Chiwetel Ejiofor portrays Conall. He is described as strong, fearless, heroic, and kind. He is one of the leaders of the dark fey, a band of winged creatures exiled from the human world. He rescues and befriends Maleficent. Having observed the dark fairy for some time, he is an advocate for peace between humans and fairies.

Also returning is Sam Riley, who portrays Diaval, Maleficent’s shapeshifting Raven. Others joining the cast include Harris Dickinson and Prince Phillip and Ed Skrein as Borra who seeks war between magical creatures and humans.

Based on what we know, Maleficent: Mistress of Evil will build upon the story told in the 2014 film. For this reason, I am watching the first movie on Freeform as part of 30 Days of Disney. While 5 years ago may not seem like that long ago, it appears that a refresher will increase my enjoyment of the upcoming sequel which Disney is releasing on October 18.