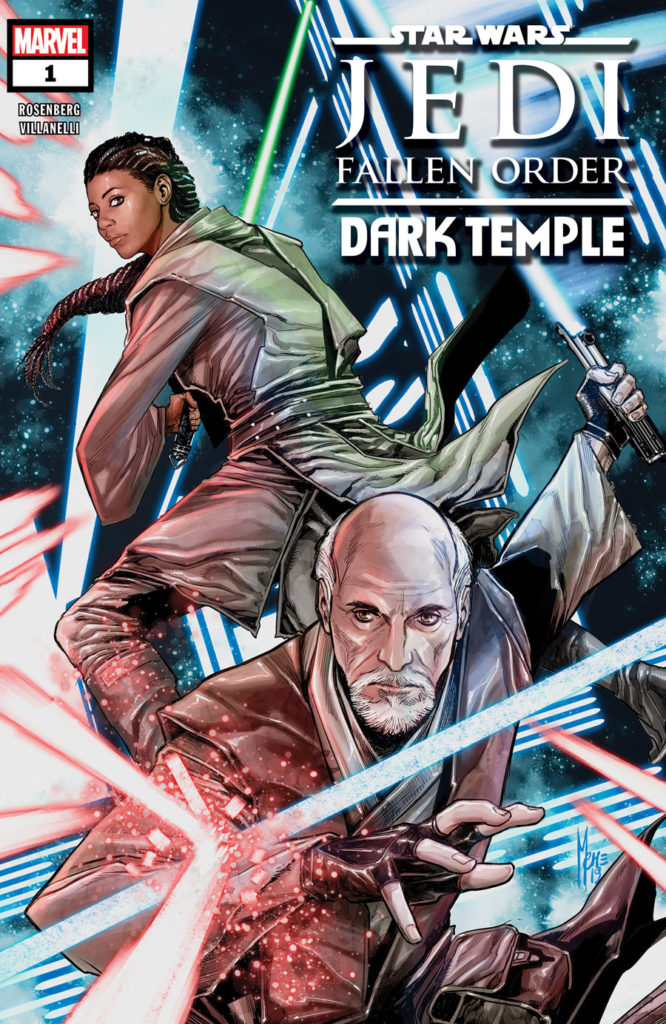 Longtime Star Wars fans are used to cross-platform integration in the franchise. Since Star Wars became a thing in the late 1970s, there have been spin-off projects in a variety of media such as (but definitely not limited to) novels, comic books, comic strips, TV specials, TV series, TV movies, toys, and of course video games. But now that the Lucasfilm Story Group has been formed under the company’s current owner Disney, all of those projects can interconnect with each other, forming one huge tapestry of cross-references, hopefully-continuity-preserving adventures in A Galaxy Far, Far Away. 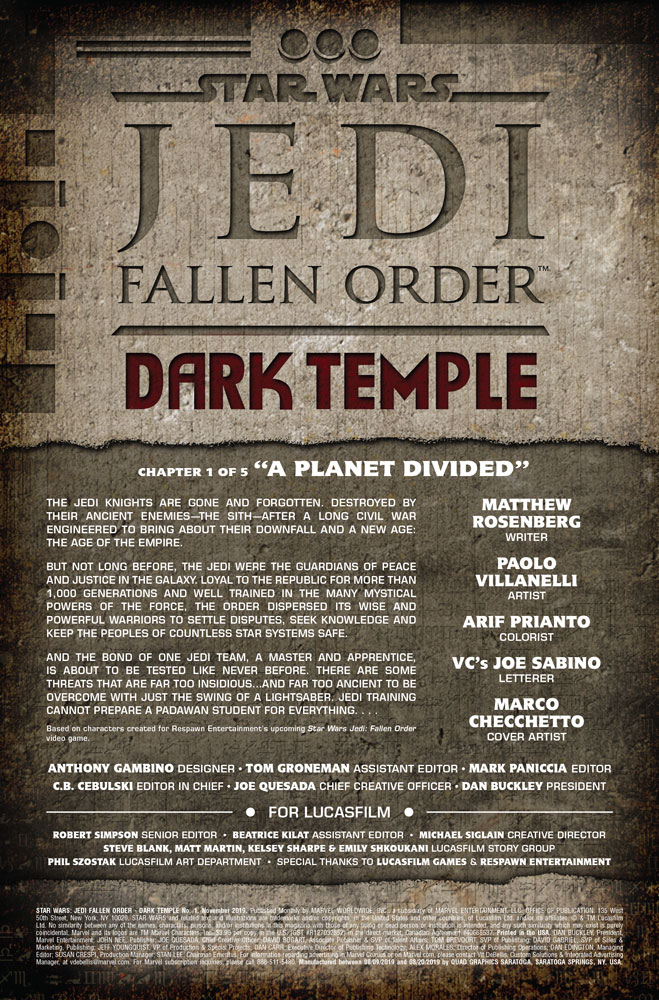 Star Wars: Jedi – Fallen Order: Dark Temple initially takes place between Episodes III and IV in the larger Star Wars saga, and the first issue–which came out today– starts off on the planet Ontotho, where the Inquisitor named the Second Sister is hunting down a Jedi Knight who somehow managed to escape Emperor Palpatine’s Order 66. We then flashback to the days of the Republic, where we are introduced to Jedi Master Eno Cordova (possibly named after Star Wars author Zoraida Córdova?) and his impetuous Padawan learner Cere Junda.

After a bumpy peacekeeping mission between a warlike Trandoshan clan and a group of Dupei monks, Cordova and Junda return to Coruscant, where they meet with the Jedi Council. There, Yoda and Mace Windu assign them to travel to Ontotho to investigate an unexplored, recently uncovered temple in a politically tumultuous climate. Naturally things go south pretty quickly, and our heroes are thrust into a deepening mystery on a dangerously unstable world. 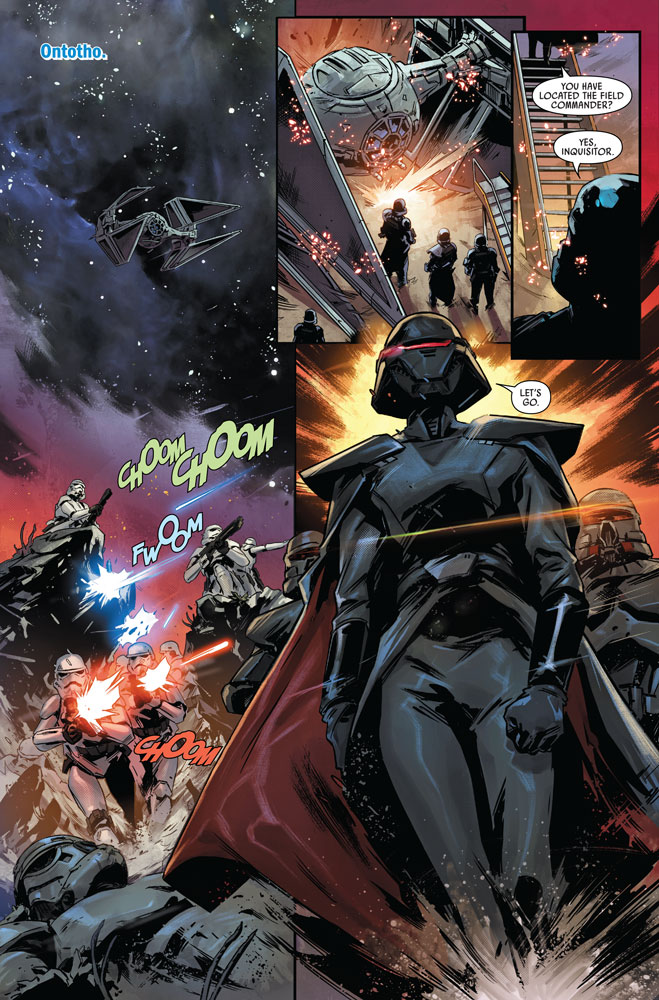 This comic gets things off to a great start, and I’m very interested to see where things go from here in the coming months, and they hopefully have the story pay off in the Star Wars: Jedi – Fallen Order video game. Writer Matthew Rosenberg (The Punisher, Uncanny X-Men) is a pitch-perfect choice to convey that Star Wars feel, and I especially appreciate how he was able to capture the voices of certain characters– I could almost hear Master Windu speaking in Samuel L. Jackson’s stoic voice. The art by Paolo Villanelli (Star Wars: Vader – Dark Visions, Tony Stark: Iron Man) is kinetic and evocative, drawing the reader into the story with spinning lightsabers and dynamic explosions.

I saw the half-hour demo of Star Wars: Jedi – Fallen Order at EA Play this summer, I have a general idea of what the game is about, and I’m still not entirely sure how the tale of Master Cordova and Padawan Junda will tie into what we experience when we pick up our controllers this November– and that’s a very good thing. I can’t wait to read more and see where this is all going, and as always I am increasingly impressed by the intricate narrative web being woven by Lucasfilm and its various offshoots.