Yesterday officially ended an era at Epcot as several locations closed in preparation for the major Epcot changes coming over the next few years. This morning, the changes have already begun. We already showed you the new Epcot Character Spot that opened today. Other changes have begun as well.

When we returned to Epcot today, walls had been put up blocking access to the former Fountain View Cafe, and Coca Cola Club Cool. The walls extend around part of the Fountain of Nations. Additionally, the water has been shut off and the fountain drained. One, perhaps surprise, the Fountain of Nations was still running this morning. It has already been announced it will be closing. But the Fountain View Cafe (home of Starbucks) was not as lucky: 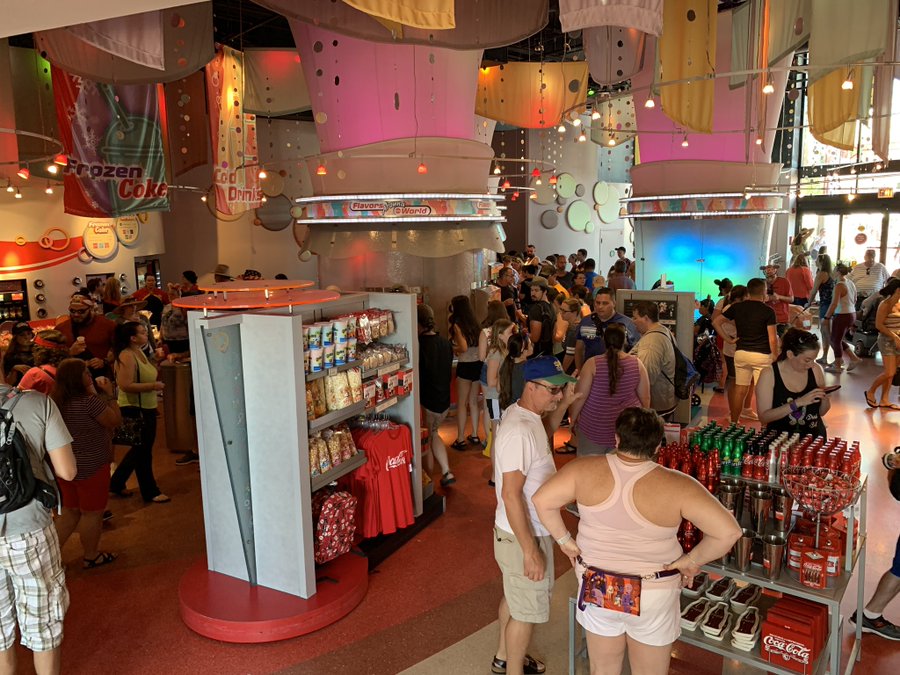 The old Character Spot has also closed as have the breezeway doors with sandwich boards explaining the changes. 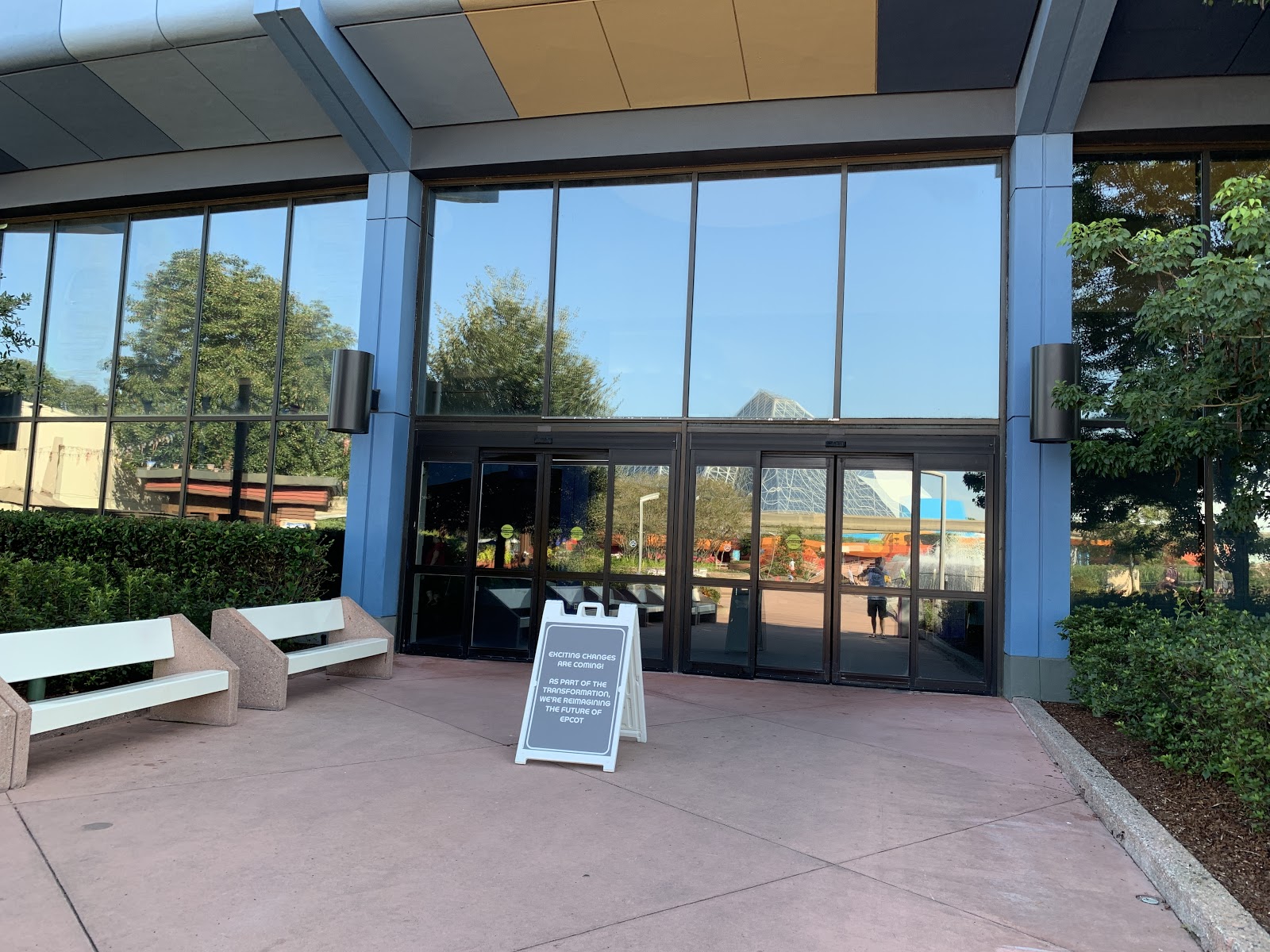 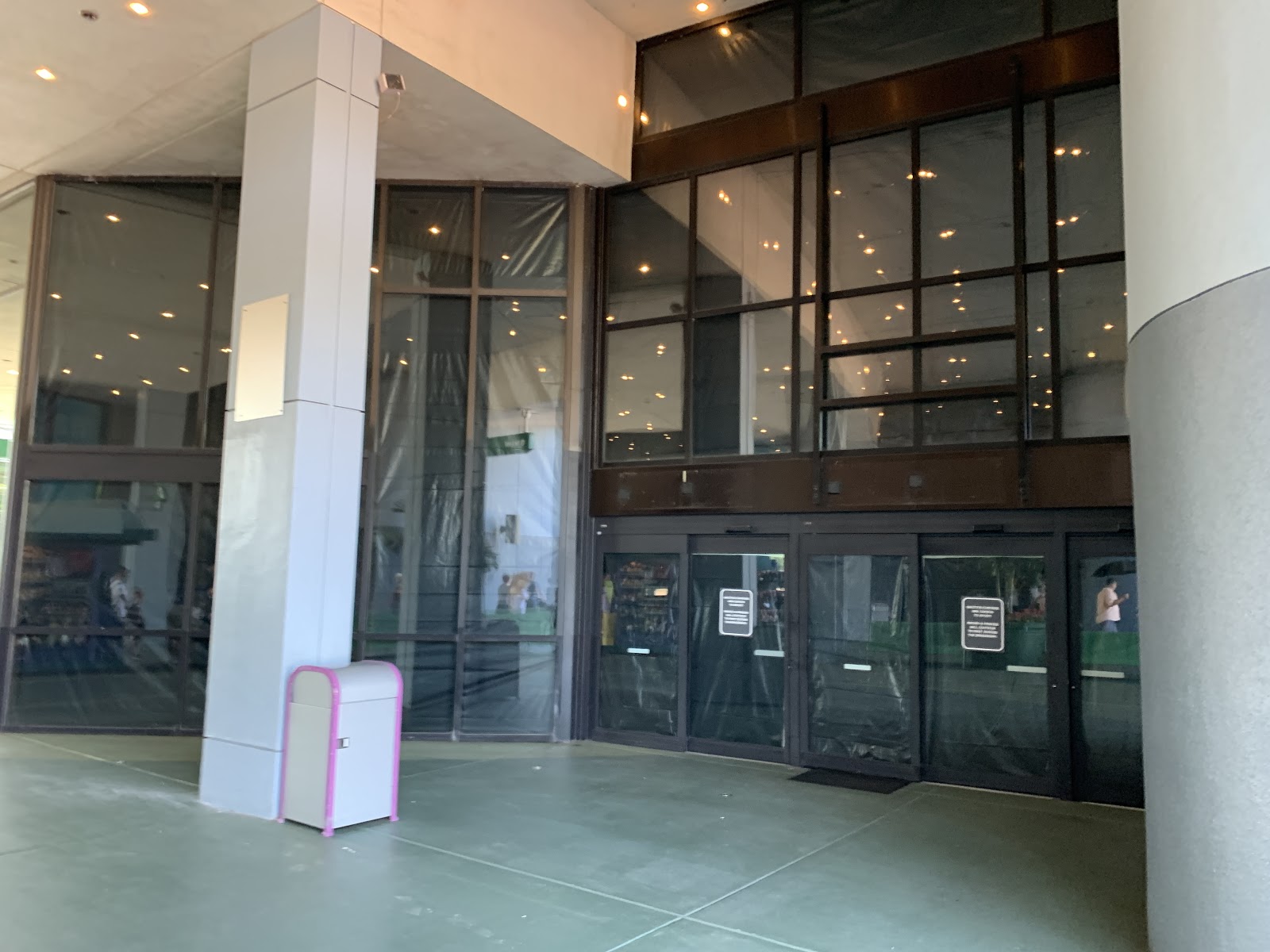 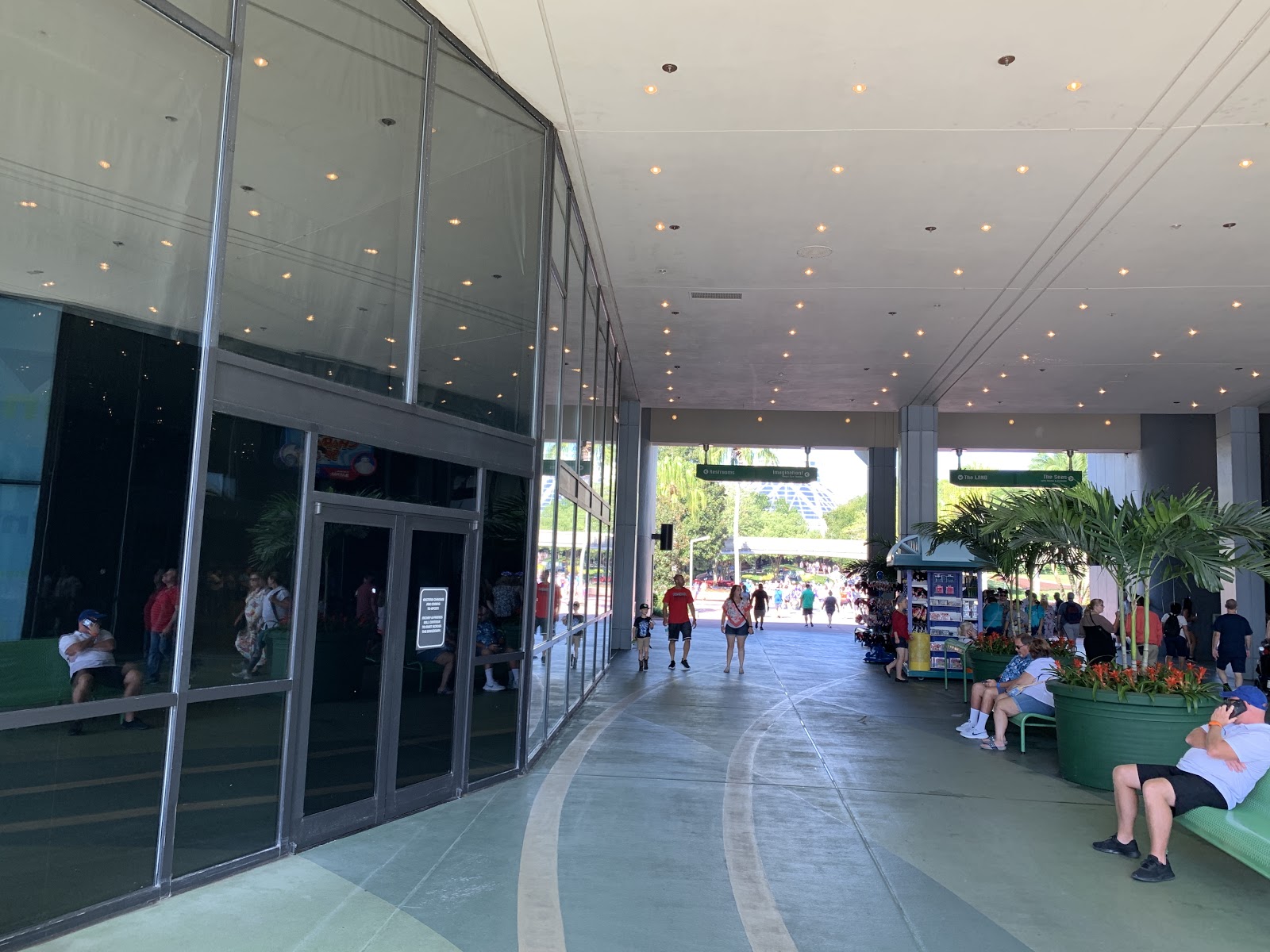 The Epcot map has also been updated