With the immersive theater scene having grown exponentially in the Bay Area and down in Southern California over the past decade, it was only a matter of time before the form was adopted by the Winchester Mystery House historical site and tourist attraction in San Jose.

For almost a full century after its owner Sarah Winchester passed away, the Winchester Mystery House has welcomed guests from all over the world who get an eerie delight from touring the mansion’s 161 rooms, winding hallways, staircases to nowhere, and many other architecture oddities. And this Halloween season, the Winchester plays host to “Unhinged,” a new immersive experience that overlays a fictional ghost story onto this already-legendarily haunted house. “Winchester Mystery House: Unhinged” begins as though you, as a guest, are embarking on a usual tour through the fascinatingly bizarre residence in Northern California. Then things take a turn for the even stranger as your group is diverted through the home’s basement, where supernatural noises and ghostly lights begin to echo your every step. From that point on, the show takes you on a twisting path up, around, and through the house, where you encounter spirits who have become trapped within the mansion’s countless walls.

You see, the story of “Unhinged” centers around visitors to the Winchester Mystery House who have gone missing over the past hundred years or so. Posters plastered on a bulletin board outside the entrance set up this invented tale, establishing that every once in a while, someone who comes to this famous place seeking ghouls and phantasms (or even to work for Mrs. Winchester) never quite find their way out, and may end up becoming one themselves. During your journey you’ll come across a butler pair of chefs, a firefighter, a team of ghost hunters, a football player, a disturbingly creepy little girl, and more lost spirits seeking an audience for their torment… and maybe hoping to add to their ranks? 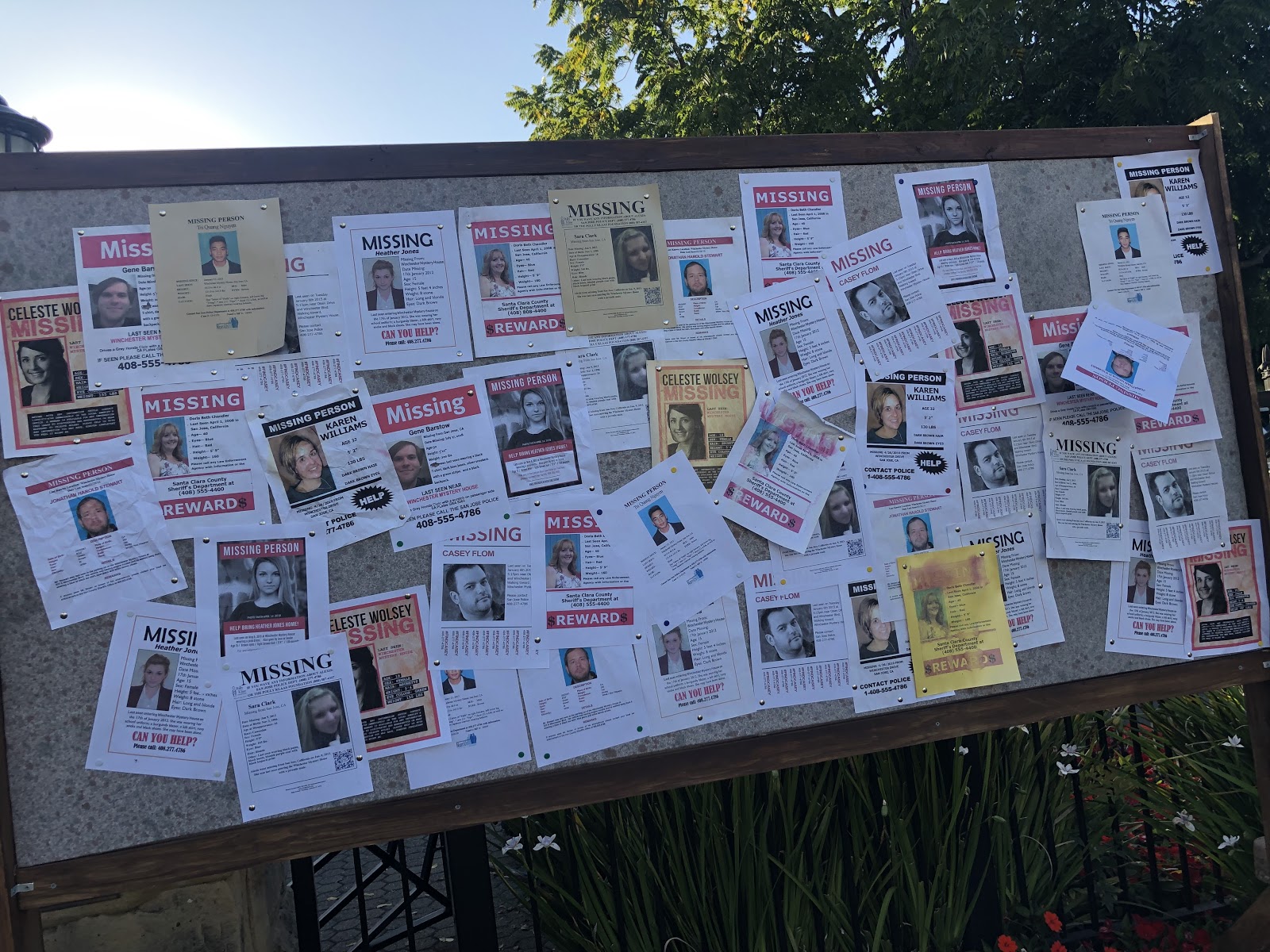 I don’t want to ruin any more of the surprises in store as you explore the Winchester Mystery House during “Unhinged,” but I will say that the experience inside the house lasts about an hour and is definitely worth the roughly $50 (depending on the day you attend) ticket price. The set design is effective– though obviously the mansion’s existing decor helped a great deal with that process– the lighting is perfectly moody, and the character performances are all stellar. If it weren’t for the occasional staff member pointing you in a certain direction with a flashlight, you might easily become convinced you’re being led around this maze-like place by a series of stranded spooks.

“Unhinged” reminded me an awful lot of the Los Angeles-based immersive theater show Delusion, which isn’t running this year but in the past has rented out old mansions in L.A.’s West Adams neighborhood for its experiences. Delusion is more interactive and effects-heavy in its proceedings and tends to incorporate more of a unifying narrative, but the spirit is the same (I would almost call “Unhinged” a sort of Delusion: Lite). In fact, I couldn’t help but wonder what Delusion creator Jon Braver would do with access to this particular building. “Unhinged” is a fun Halloween-season evening out, but if those two forces even combined, they might create something truly unforgettable. 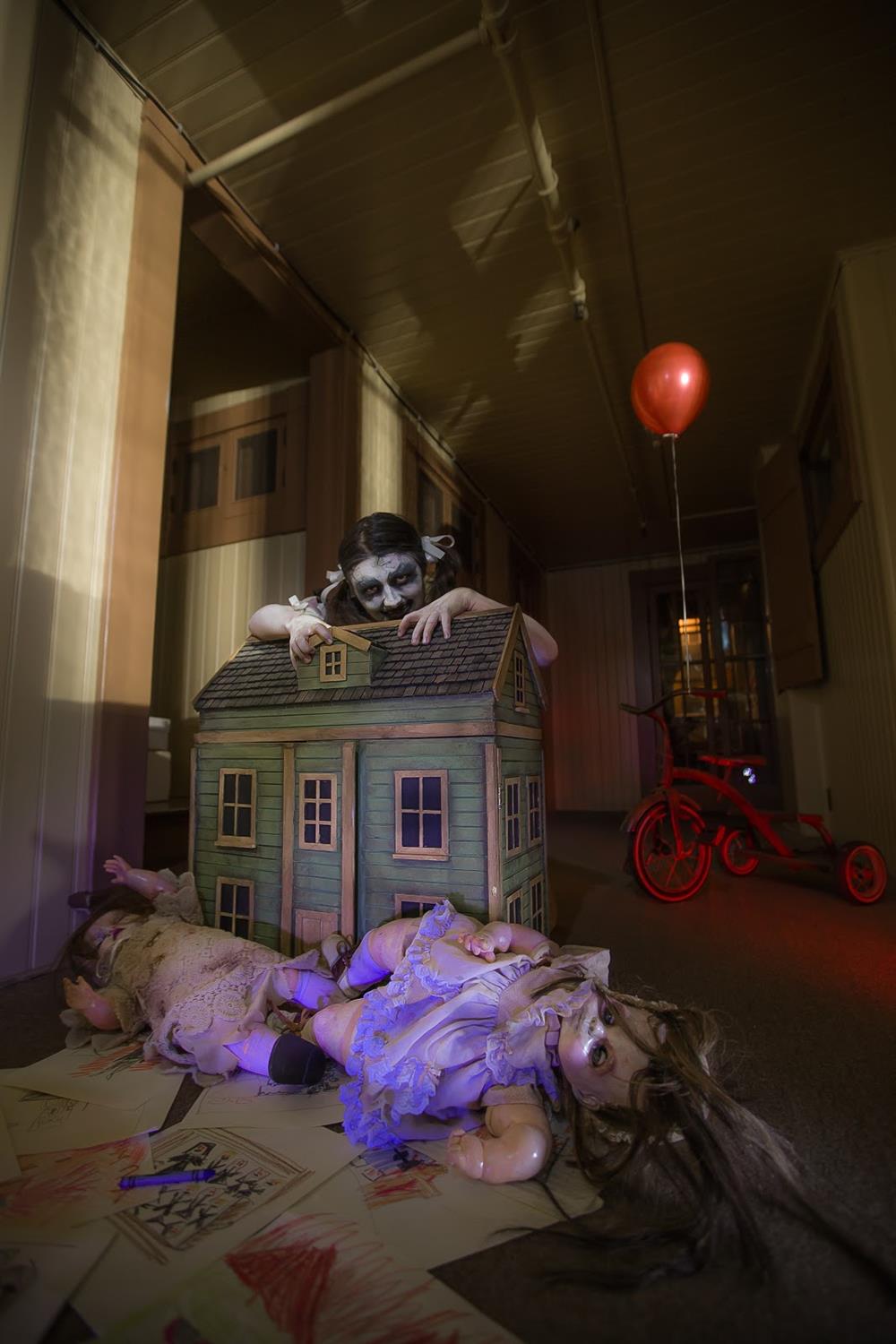 Outside of the main attraction walk-through experience at, the Winchester Mystery House also offers a number of other fun activities during “Unhinged.” There are midway games, a bar, axe throwing, and a tarot card reader to entertain you as you wait in the exterior lobby area for your showtime to come around– not to mention the “secret attic” shooting gallery that opened at the site a couple years ago. Visitors can also check out a gingerbread house replica of the Winchester created by Netflix star Christine McConnell in the gift shop.

Then, beginning at 8:00 PM and running every half hour until 10:30, guests can gather on the mansion’s front lawn for “Unhinged: Light Show,” a very impressive projection-mapping exhibition that also relates an account of a tourist becoming lost while on a tour through the Winchester Mystery House. It’s a wonderful, visually mesmerizing way to end the evening.

“Winchester Mystery House: Unhinged” runs on select nights from now through Saturday, November 2. For more information on the event and to purchase advance tickets, be sure to visit the Winchester’s official website. 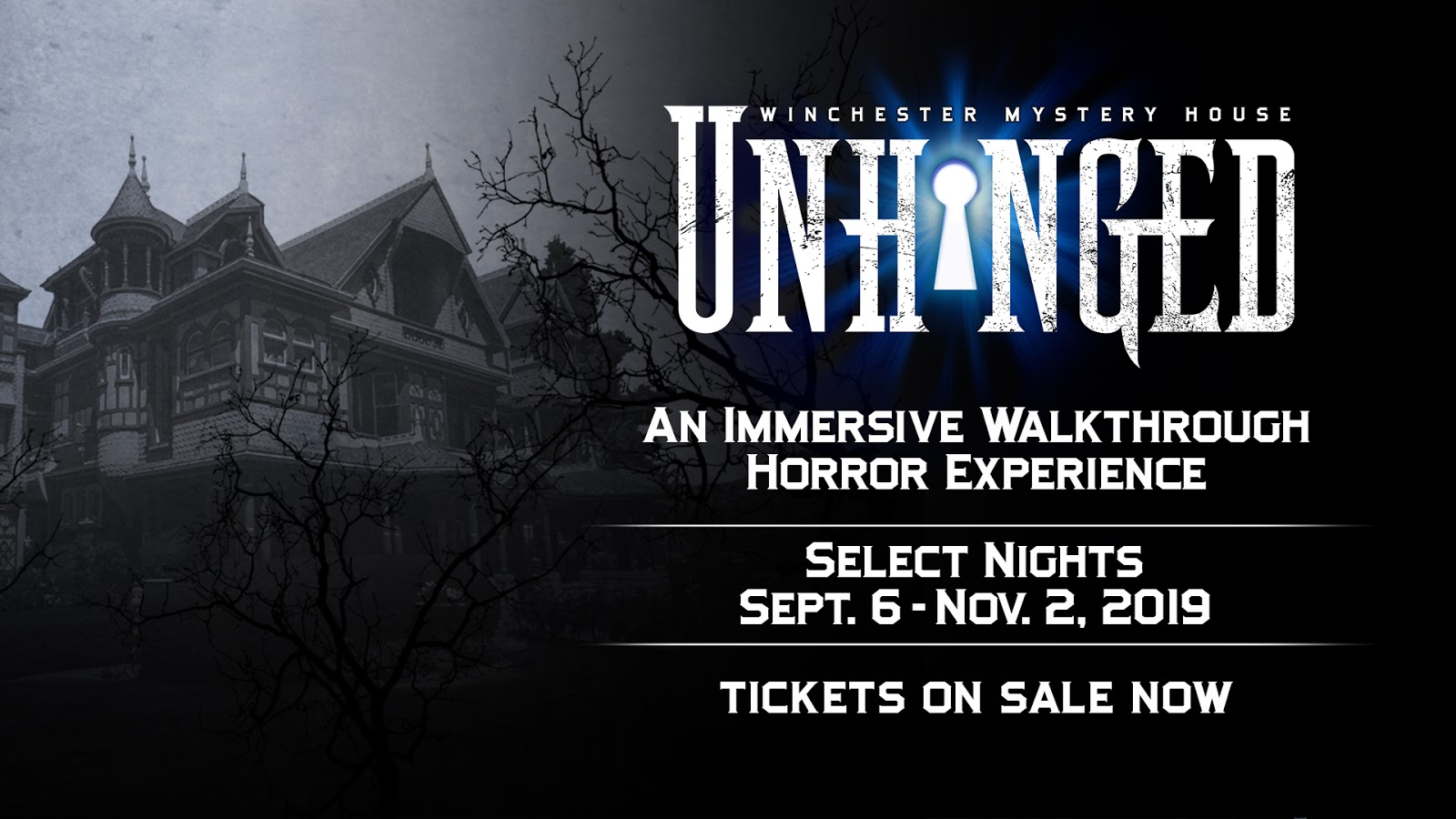 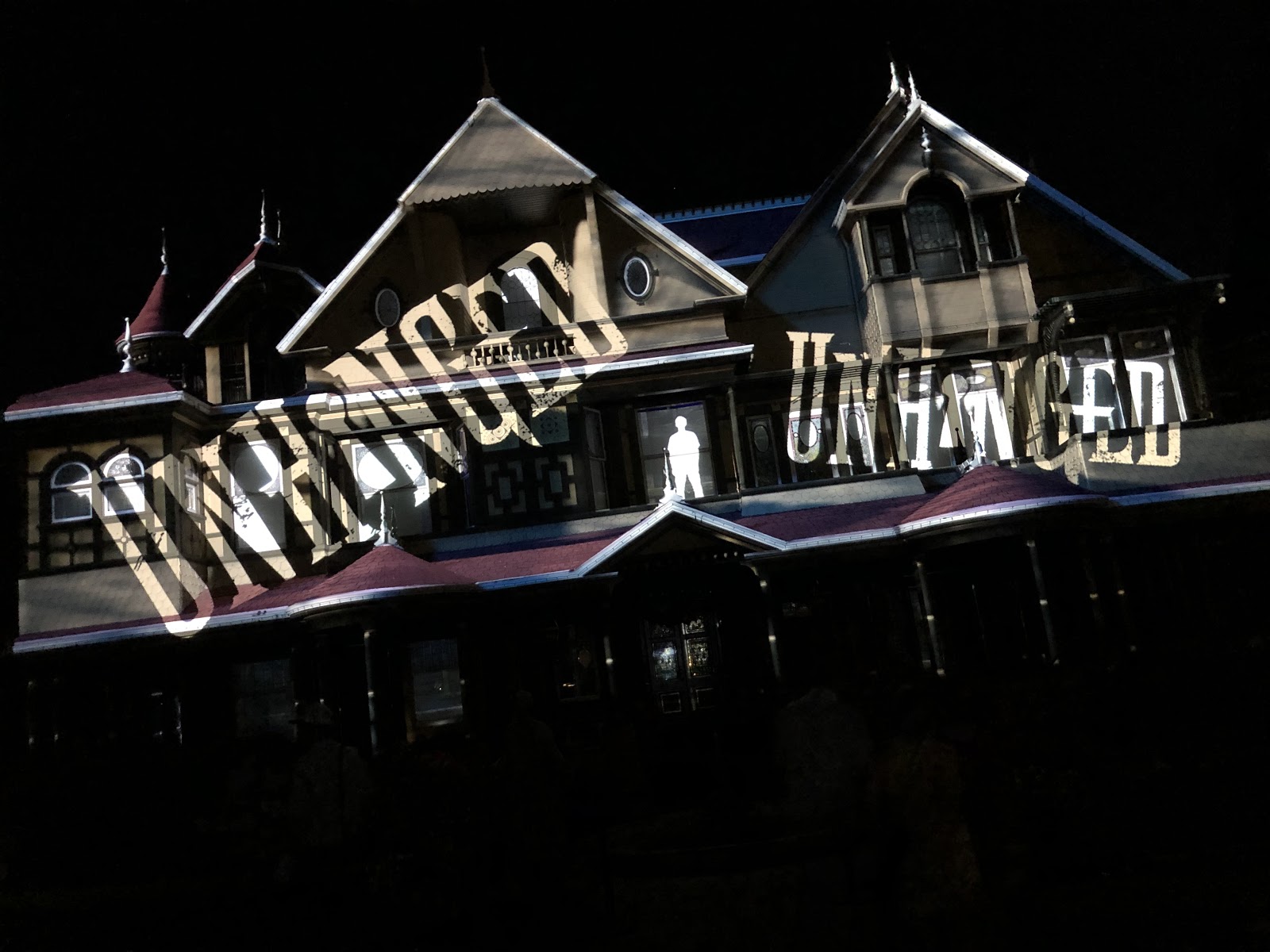 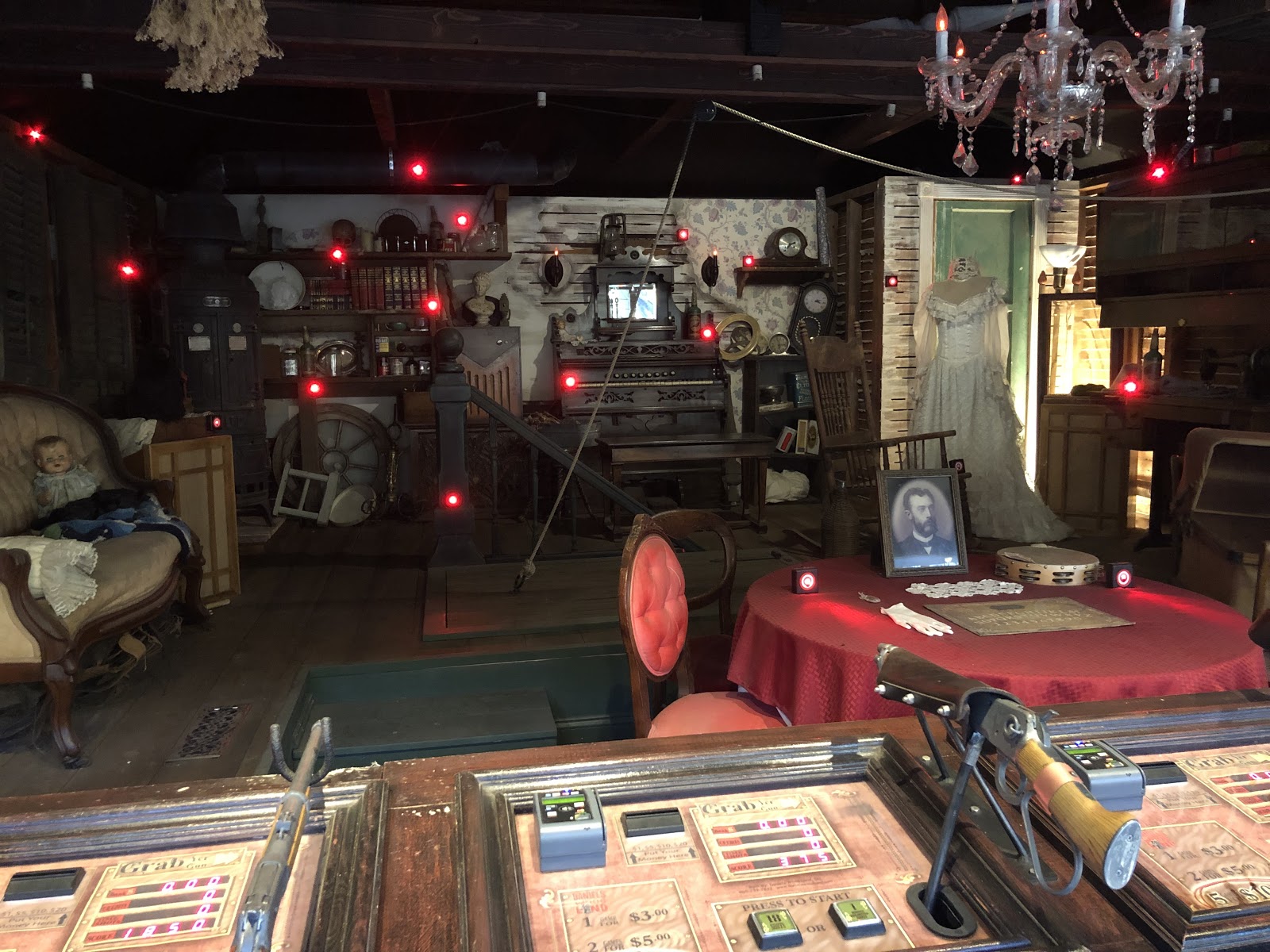 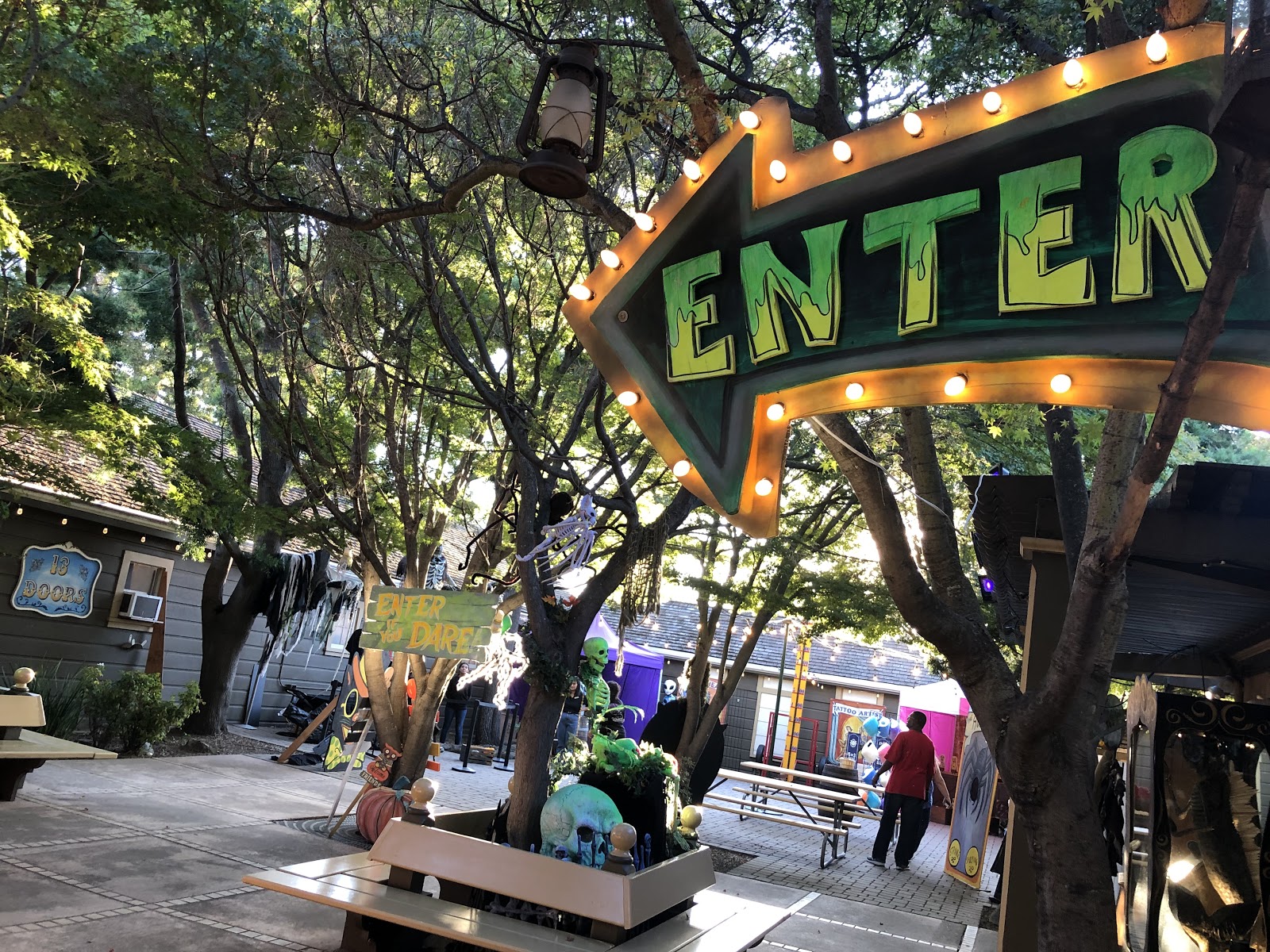 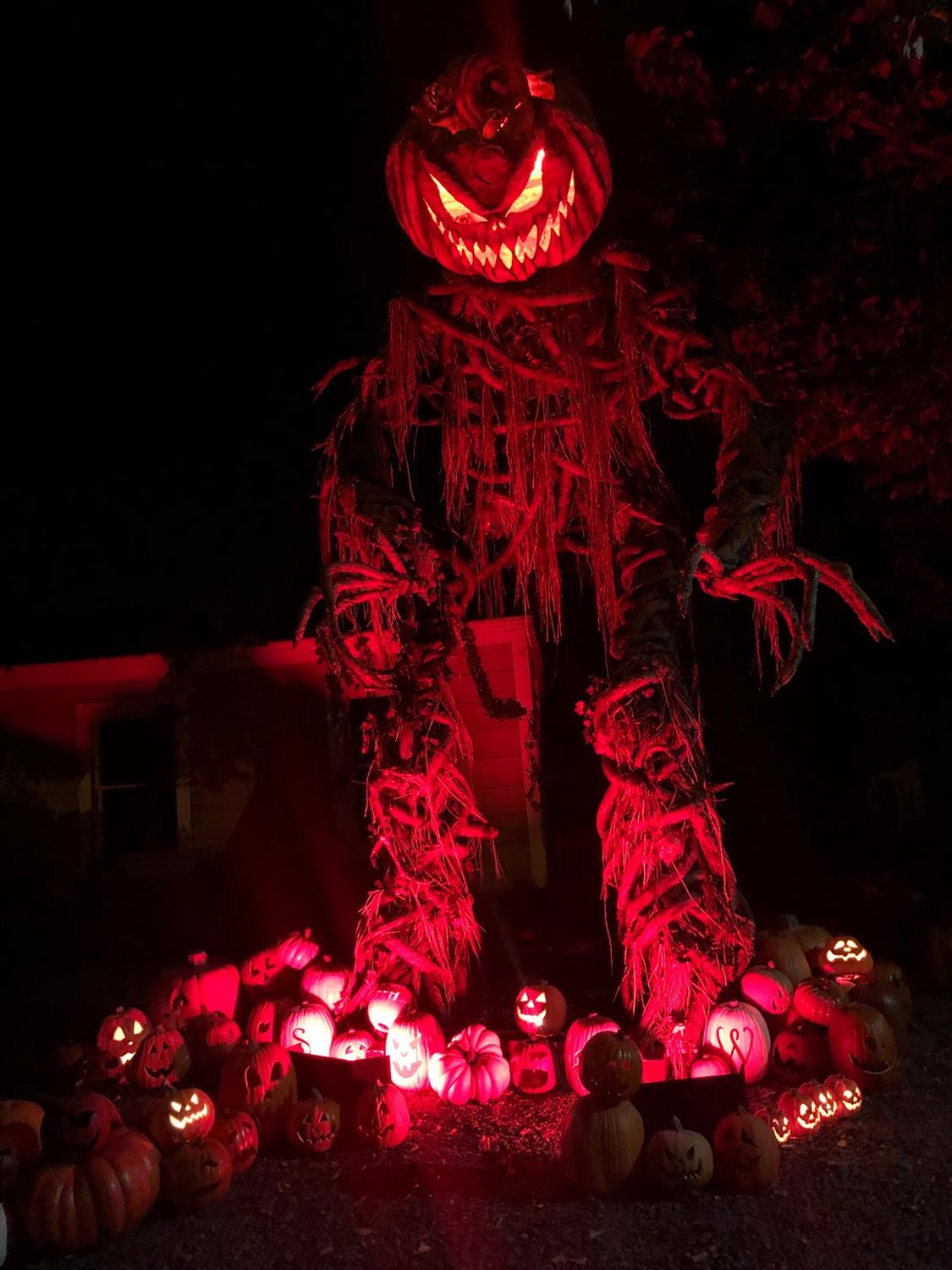