Niagara Falls and Walt Disney: What If…

This week marked the 48th anniversary of Walt Disney World. But, before construction began on the east coast tourist mecca, Walt Disney was actively pursuing projects that didn’t involve swampland in Central Florida. 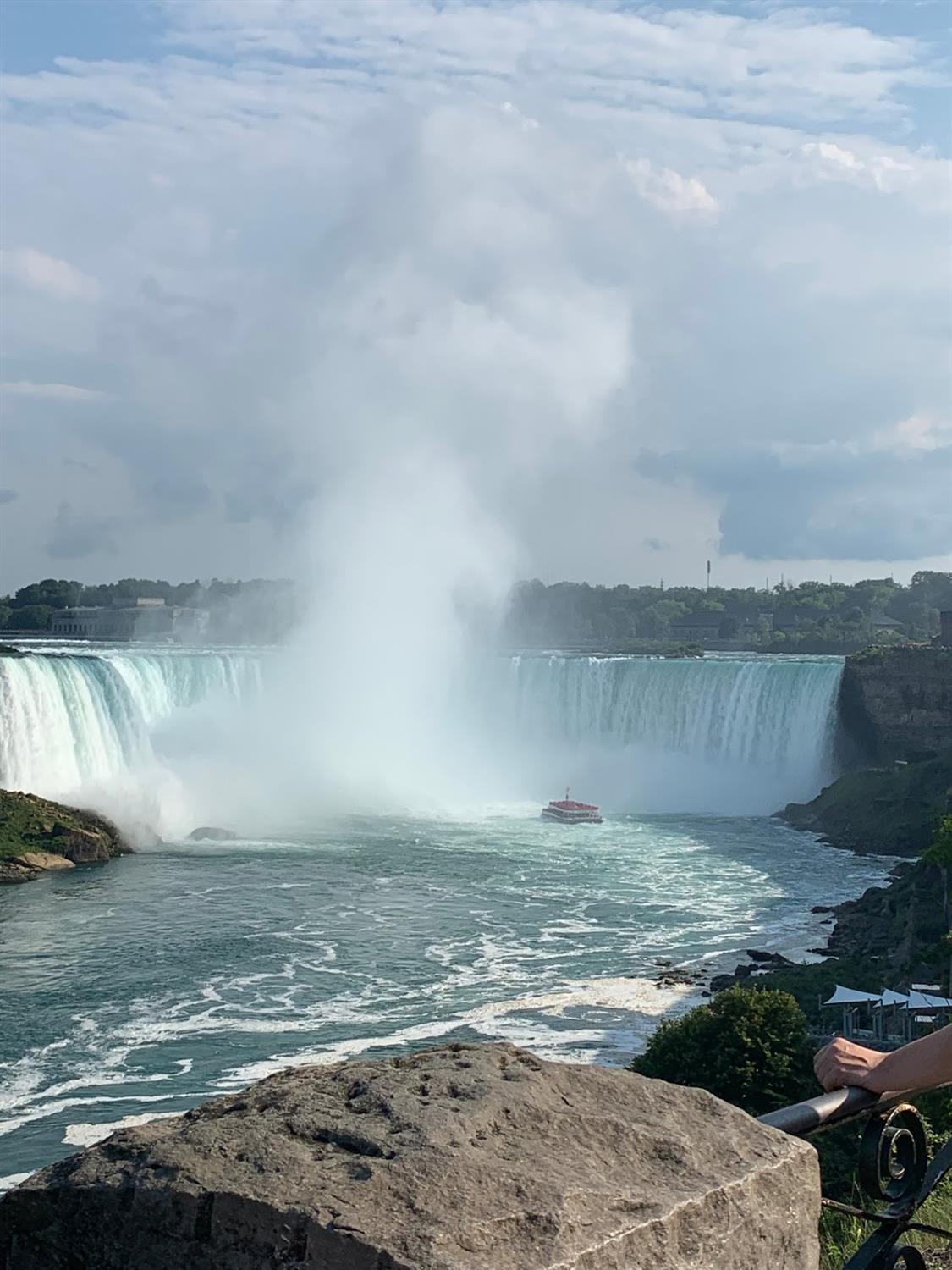 Niagara Falls is a natural wonder of the world and draws millions of tourists each year to gaze at the ferocious natural beauty of the falls. This sprawling tourist destination appeals to visitors far in wide. Since the start of the 20th century, Niagara Falls has been referred to as the honeymoon capital of the world. For Walt Disney, the idea of building an attraction here seemed like the perfect idea.

After the success of Disneyland in 1955, Walt was besieged to build Disneylands all over the world. From Japan to Brazil and even New York State, Walt was asked to sprinkle a little Disney magic in every corner of the world.

Walt was intrigued by Niagara Falls and the idea of a joint venture at the Seagram Tower on the Canadian side of the falls. It was the summer of 1963 and Walt flew to Niagara Falls to meet with business leaders and to discuss the possibility of bringing his pixie dust to the sprawling tourist destination. The joint project partnering Disney with Seagram would have resulted in a collaboration in the Seagram Tower overlooking the falls.

While Walt was pursuing the idea of a second Disneyland, this project at Niagara Falls would not have been a massive new park, but specialized entertainment. Plans for the Disney project included creating some sort of show that would have dazzled visitors to the Seagram Tower. A duplicate of the Disneyland hit attraction Flight to the Moon was one possibility. Another possibility was the creation of a Circlevision movie theater that would have anchored the Seagram Tower.

Walt was experimenting with Circlevision and had hoped to expand Circlevision throughout the country. 1963 was a busy year for Walt, while he was pursuing ideas in Niagara Falls, Walt was also in discussions to create attractions for the 1964 World’s Fair. Plus, Walt was looking at the idea of creating an east coast Disneyland.

Today, Niagara Falls is filled with countless attractions from Ripley themed museums, wax museums, and haunted houses. Tourists are drawn to the area to look at and experience the fury of Niagara Falls, and after they have taken a million photos of the falling water, they look for other attractions to extend their time. Business leaders in Niagara Falls have maximized their land and built taller hotels with premiere rooms with one of a kind views of the falls.

Tourists who visit the Canadian side of Niagara Falls can still walk into the hotel where Walt stayed. The Crowne Plaza stands in the mist of the falling waters at the bottom of Clifton Hill holding its history and stories close to its heart. The spiral staircase that guests walk up no doubt were the same stairs that Walt walked, and for the Disney fan, a trip to the Crown Plaza hotel is a must.

Climb the staircase and walk through the hotel lobby. Everything looks clean and fresh, but underneath the polished exterior, it wouldn’t be hard to imagine Walt walking through the lobby, on his way to tour Clifton Hill or inspect the Seagram Tower. Stare out the windows of the lobby and gaze at the view that Walt saw, and then walk up Clifton Hill to see how the city has brought mass amusement to one small street in this popular spot.

The deal with Niagara Falls would fail, Walt would successfully create exciting and new entertainment for the New York World’s Fair in 1964 and buy all the land that houses Walt Disney World in Florida. I imagine the Disney show at the Seagram Tower would have been the most popular attraction in Niagara Falls, right behind the natural wonders themselves.