D23 Heads to the Hollow for Haunting Halloween Event

Tags: D23, The Adventures of Ichabod and Mr. Toad, The Legend of Sleepy Hollow This past weekend, D23 held what turned out to be by far my favorite event I’ve attended as they headed to Sleepy Hollow to celebrate the 70th anniversary of the classic Disney animated film The Adventures of Ichabod and Mr. Toad. When this event was first announced, I was very excited at the prospect of seeing the Headless Horseman in person in Tarrytown, New York — the home of Sleepy Hollow. In usual D23 fashion, they didn’t disappoint. 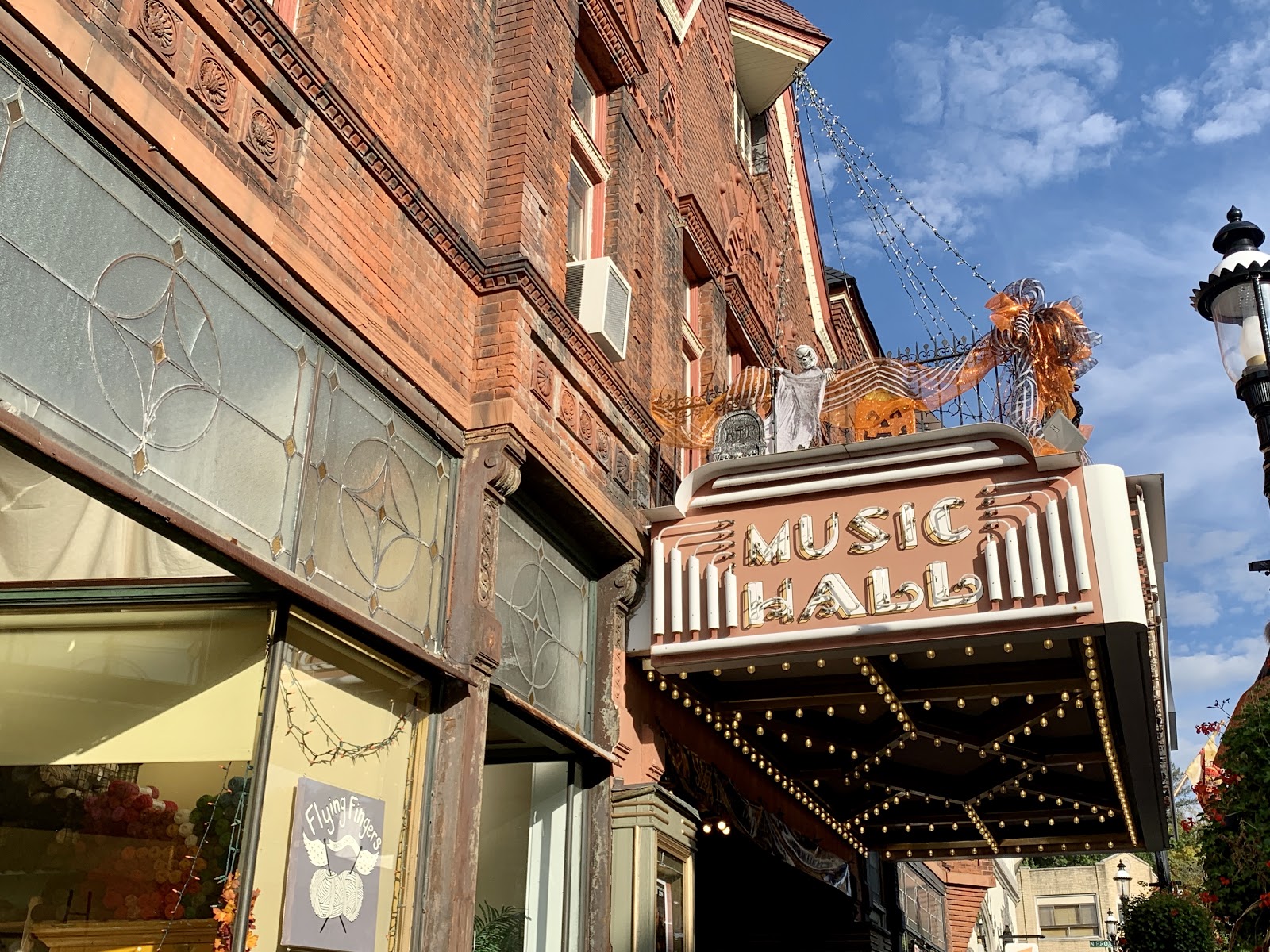 The afternoon started at the historic Tarrytown Music Hall as D23 Members and local residents took part in the First Annual Sleepy Hollow International Film Festival. While the film festival ran all weekend showing all sorts of horror and films that fit in the category of “spooky,” we were brought in just in time for Disney’s Hallo-ween Treat hosted by Walt Disney Archives Director Becky Cline and the voice of Mickey Mouse, Bret Iwan. 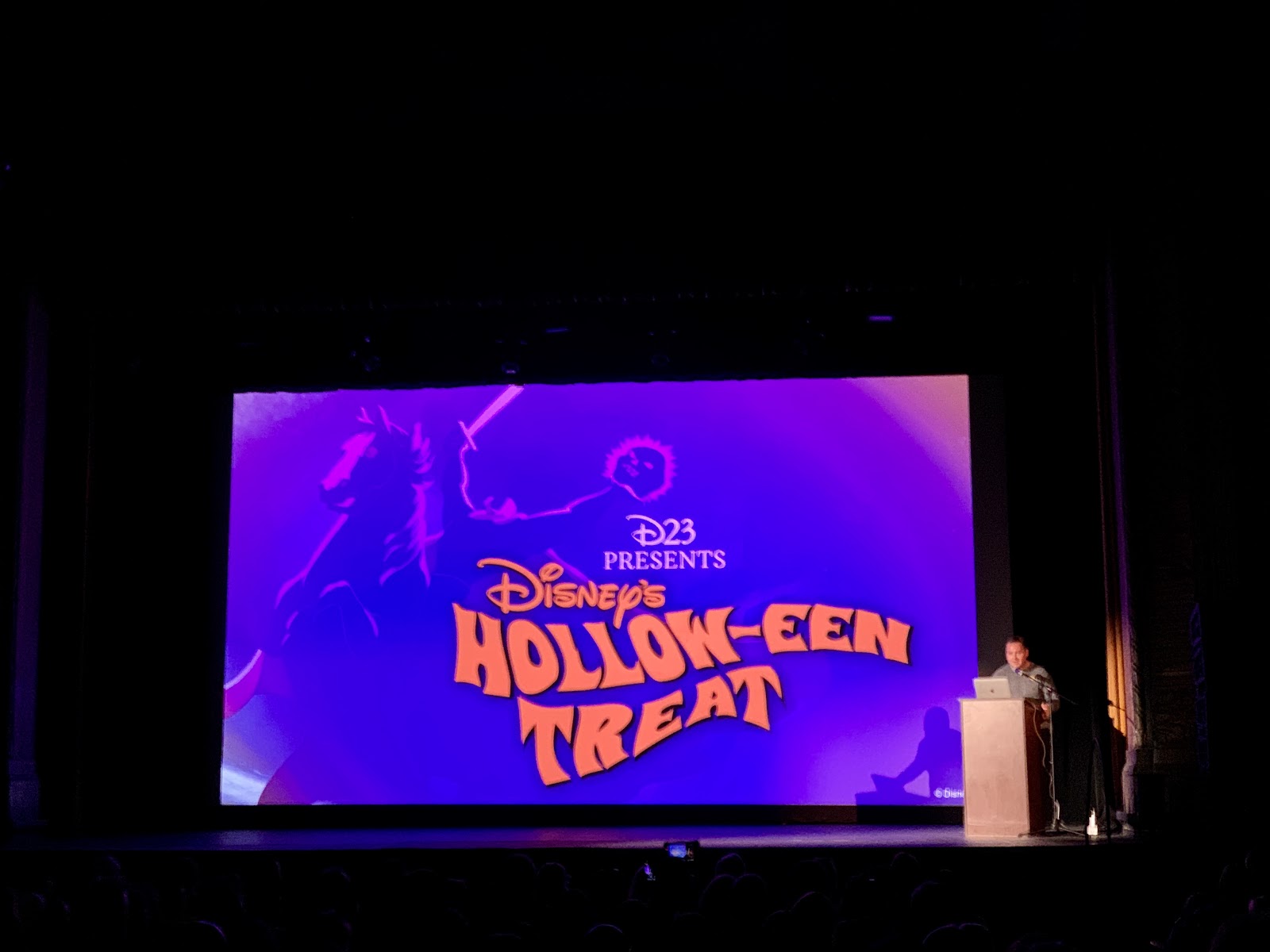 The presentation included the classic 1952 Donald Duck cartoon “Trick or Treat” as well as a special screening of The Legend of Sleepy Hollow with a rarely seen 14-minute animated prologue from the 1956 Disneyland television series, recounting the life of the story's author Washington Irving. Cline also shared two behind the scenes stories about the film. First, there is a piece of reused animation from the fire scene in Bambi when the Headless Horseman hurls the flaming jack-o-lantern across the bridge at Ichabod. Second, Disney animator Andreas Deja apparently used Brom Bones as an inspiration for Gaston when he was creating the character for Beauty and the Beast. Just before the screening, Cline and Iwan also let us listen to a recording of Bing Crosby, the narrator for the film, from one of his radio programs singing the song from the film live. Now, we have all seen this classic featurette, but I have to say that seeing it in Sleepy Hollow adds a whole new level to how cool it is. Once the screening was over, we were transported (on a black bus of course) to a classic fall celebration at Kingsland Point Park. Located right on the Hudson River, we enjoyed some great food, music, and a fun photo opportunity — but I was sold when I heard “hot chocolate bar!” 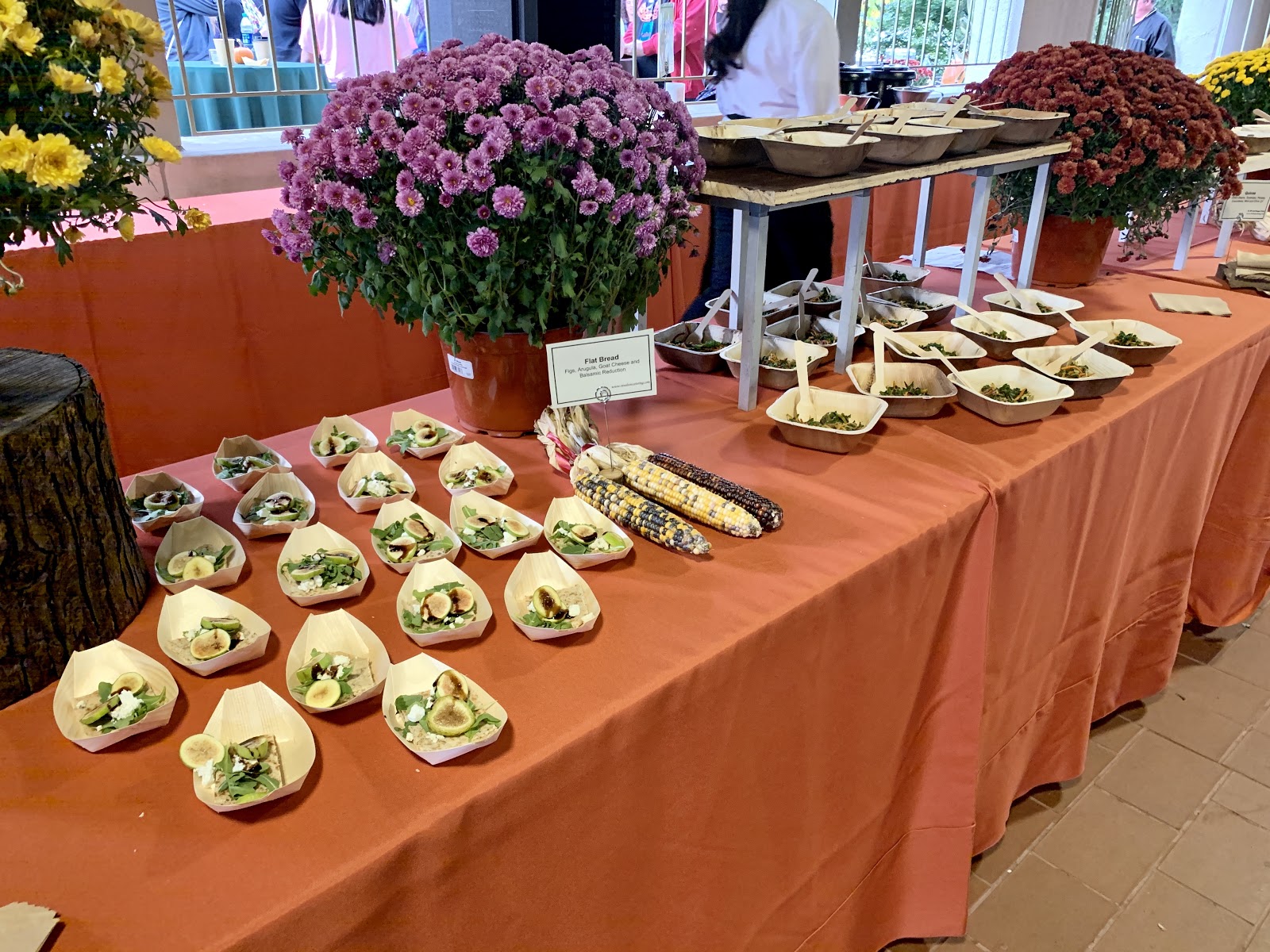 After we had our fill of “a festival of food, fun, and more,” it was time for the highlight of the day heading to the Old Dutch Church for a retelling of The Legend of Sleepy Hollow. This historic church, as we learned, predates the actual birth of our nation. We were giving a walking tour of one of the oldest graveyards in the US and, of course, we had a visit from the star of the day: the Headless Horseman. 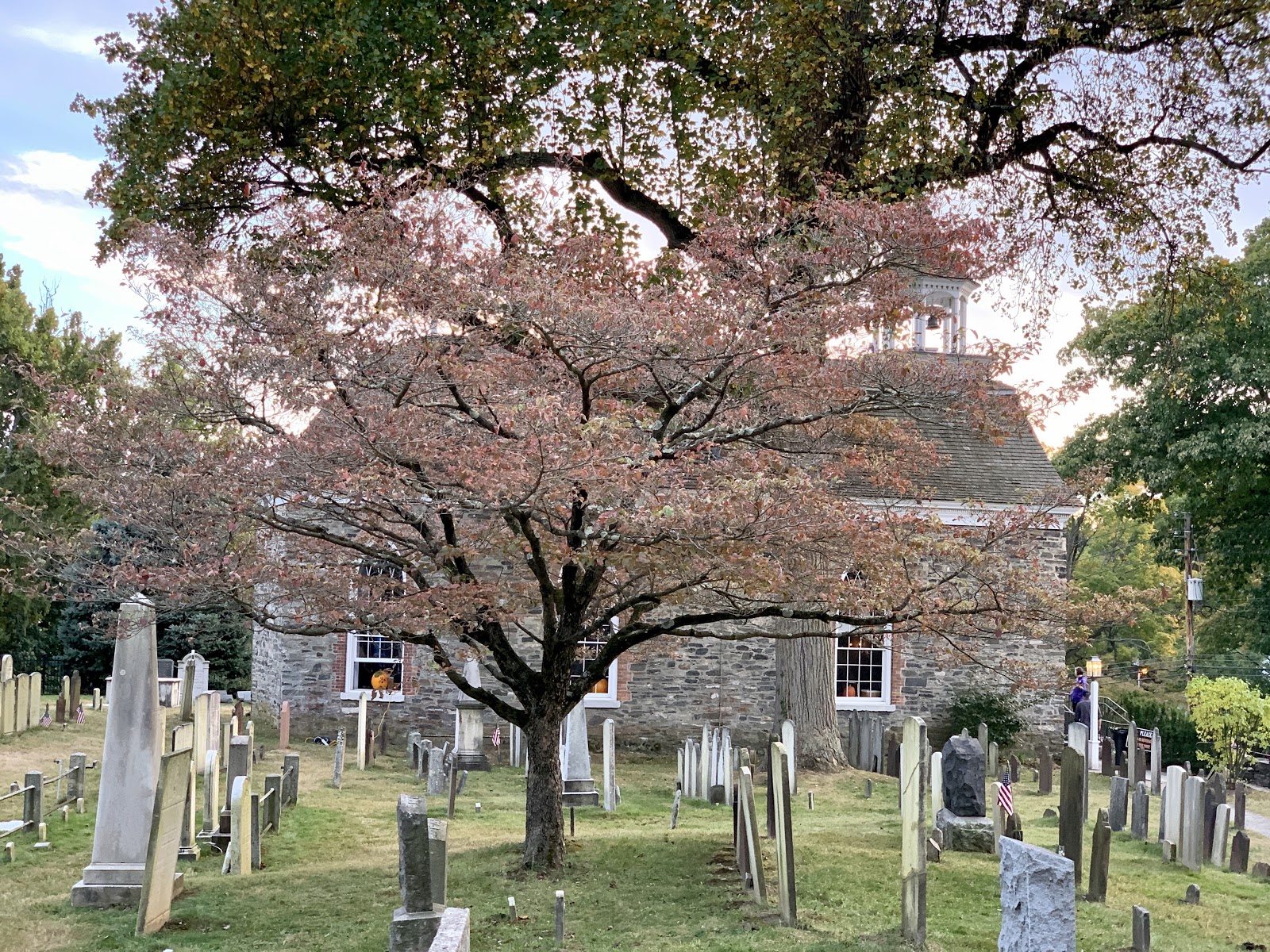 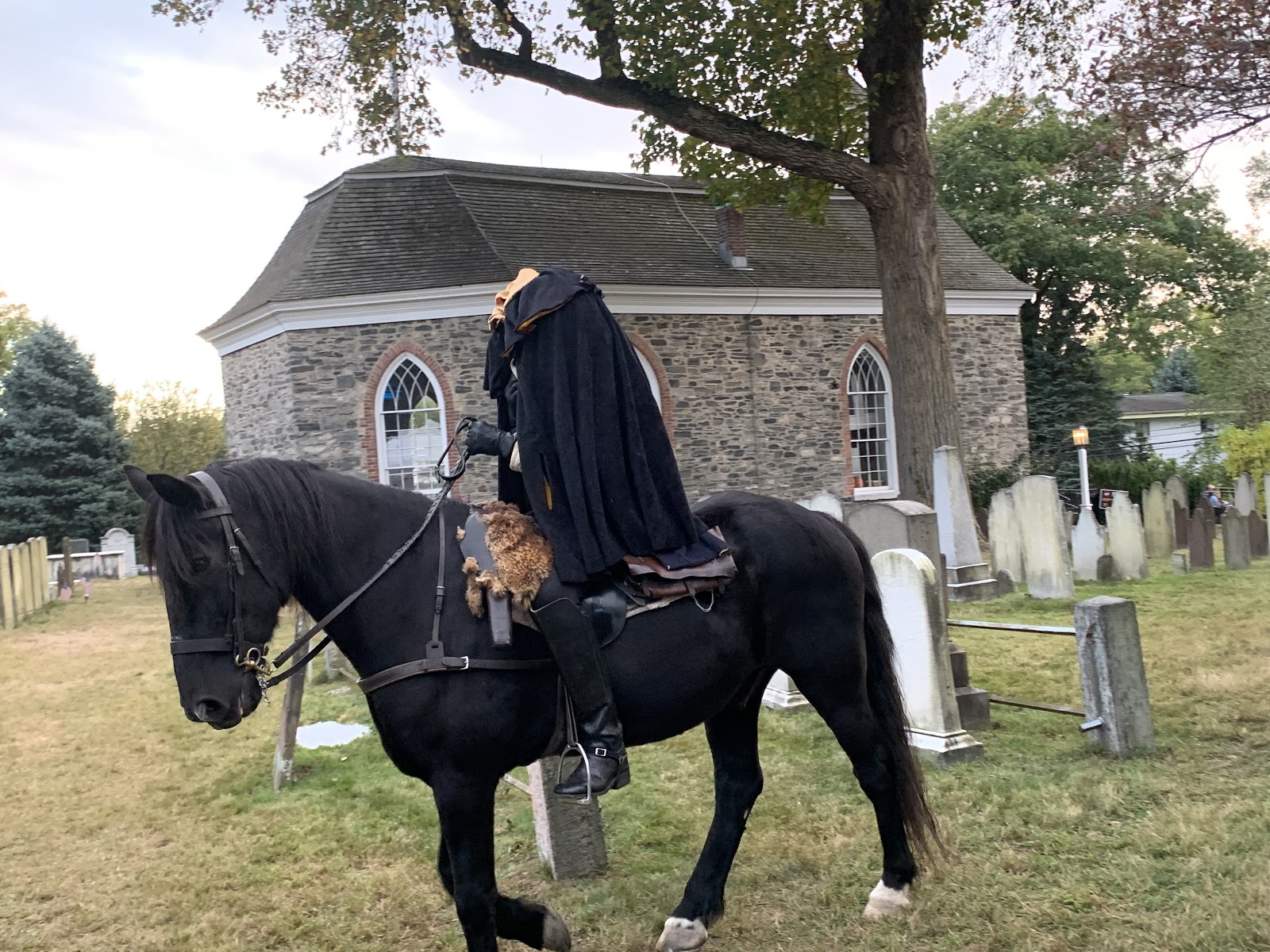 Following the encounter that left us all holding our heads tight, we were moved inside the church for a performance of “The Legend of Sleepy Hollow” that none of us will ever forget. Sadly there was no photo or video permitted but master storyteller Jonathan Kruk and his background accompanist Jim Keys had all of us laughing, jumping, and waiting on his every word as he recounted the classic story as it celebrates its 200th anniversary.  As the story, ended so did the visit to Sleepy Hollow. We received our gifts (an exclusive pin and two tickets to see Maleficent: Mistress of Evil) and were free to enjoy the town for the evening or hop on the next train (timed perfectly) back to the city. 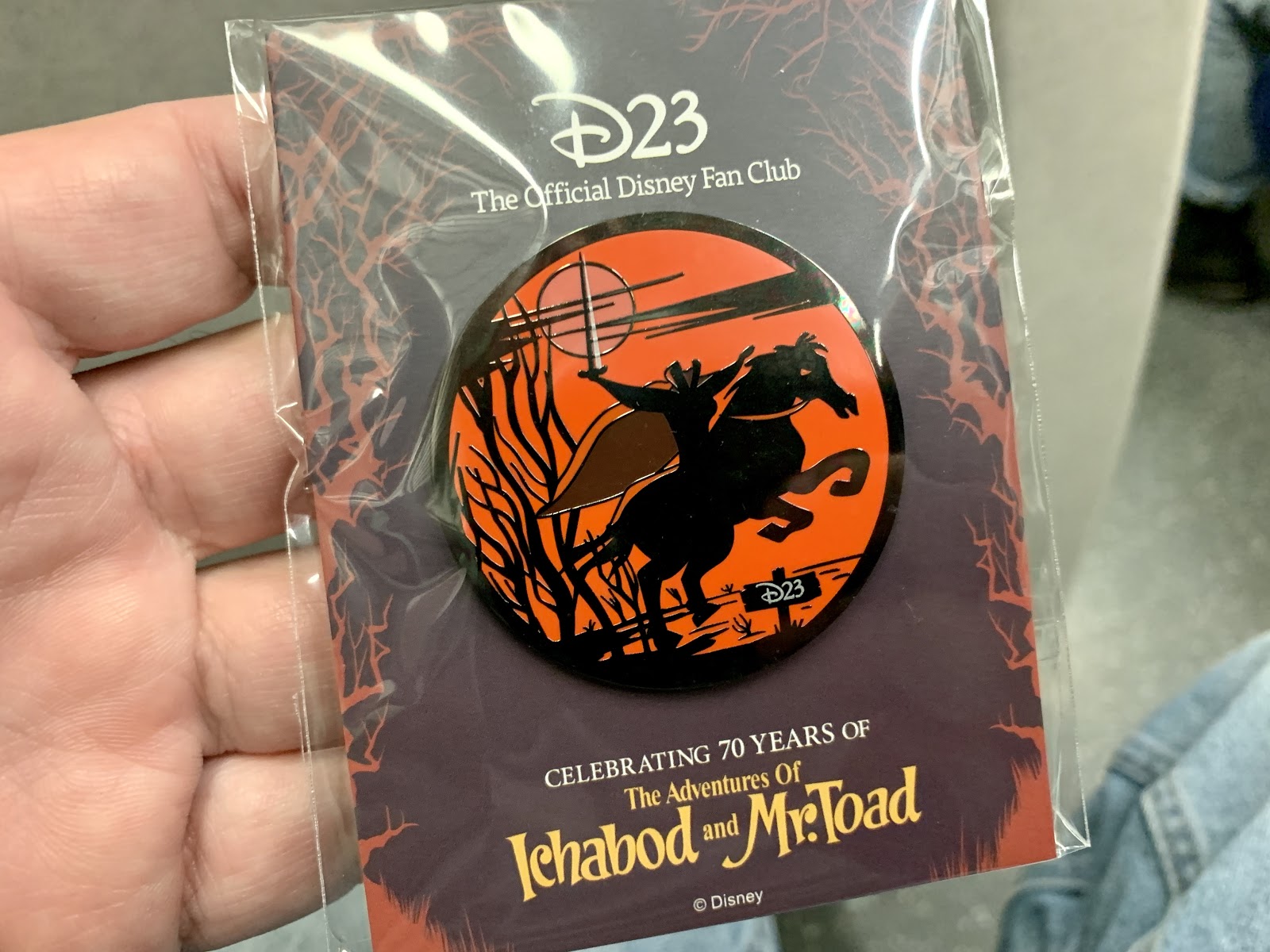 Now that D23 is 10 years old and I’ve attended my fair share of events, I can honestly say this was one of the best. With great pacing and perfect content, it came off as one of the best planned I’ve taken part in. As a result, it will be a happy Halloween indeed.