It’s finally here… the final trailer for Star Wars: The Rise of Skywalker premiered tonight on ESPN, and with it comes a tremendous amount of anticipation for the last movie in the 42-year-running “Skywalker Saga,” which opens this winter. But with two months to go until we can sit down in theaters and enjoy the final adventure of Rey and her Resistance friends as they battle the dark forces of the First Order, let’s take some time to break down the new footage released this evening, shot by shot. 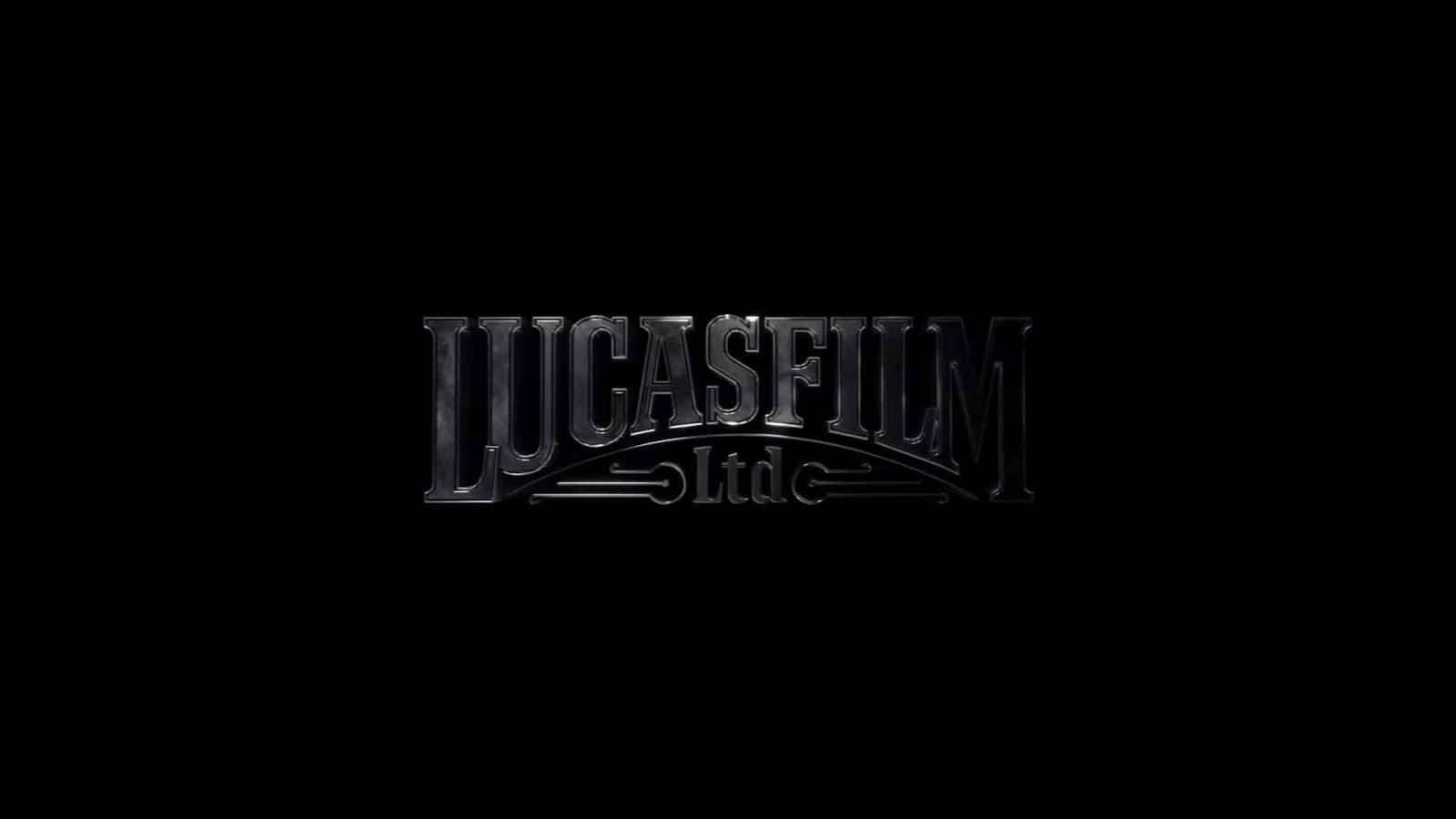 The Lucasfilm logo. As usual.

The logo dissolves to the leafy ground of a forest planet. Could this be the Endor moon from Return of the Jedi? Suddenly Rey runs into frame, drops what looks like a Rebel Alliance helmet, and swings her lightsaber as she hustles, deflecting a laser blast from what appears to be a training droid.

Rey’s feet, running through the forest.

A wider shot as Rey jump onto a log. We see her lightsaber is no longer ignited.

Rey jumps from the log and over a chasm.

In an interesting cut on action, Rey lands from her jump in the forest onto some kind of hanging wreckage. The environment is similar to where we’ve seen her inside the crashed Imperial Star Destroyer on Jakku in The Force Awakens, but it’s probably safe to assume this is in the ruined Death Star II we’ll see later on.

Rey gets her footing in the wreckage, and looks around for her next movie.

Finn looks through a pair of macrobinoculars, then lowers them with an astonished look on his face. It’s difficult to tell where he’s standing, as the background is out of focus, but it might be the planet Pasaana we’ve seen in previous trailers.

Finn (off-screen): “The Force brought us together.”

Back on the forest planet, Rey runs along a ridge with her lightsaber ignited once again. The camera swoops over her to reveal a large valley and waterfalls in the distance.

A slow dolly-in shot in a Resistance base as Poe Demeron is giving a speech underneath the hull of a large ship. As we push in, we can make out C-3PO, Admiral Ackbar’s son Aftab (as recently introduced in the Star Wars: Allegiance comic book), Lando Calrissian, and Finn among dozens of Resistance fighters listening to Poe.

Still in the Resistance base, Rose Tico walks toward the camera with a concerned look on her face. In the background is Dominic Monaghan’s thus-far-unnamed character shouting after her inaudibly, alongside another Resistance fighter, perhaps Billie Lourd’s Lieutenant Connix? On the left side of the frame we see a character riding a horse-like beast (perhaps an orbak?) in the opposite direction as other soldiers run the same way.

Poe (off-screen): “Good people will fight if we lead them.”

Finn, Poe Dameron, and Chewbacca stand in front of Poe’s new X-Wing starfighter on what might be the same forest planet where we saw Rey training. Chewbacca has his bowcaster, and they’re all looking off-camera at someone or something.

A Corellian Corvette grazes the tops of trees as it either takes off from, lands on, or crashes into the forest planet.

On the mostly-submerged wreckage of (I believe) another Imperial Star Destroyer, Rey stands alone with her blue lightsaber glowing among the tempestuous waves. We can see part of the ruined Death Star II in the background. Can we safely assume this is on the planet Endor or its moon?

Rey (off-screen): “People keep telling me they know me…”

On the floating wreckage with an anti-aircraft gun behind her, the camera pushes in on Rey as she looks angrily toward her unseen adversary, her lightsaber in hand, blade still activated. Waves crash against rocks behind her, and more of the second Death Star is visible.

Rey’s point-of-view as Kylo Ren steps out of the mist, his red cross-guarded lightsaber glowing in the haze.

Kylo Ren swings his lightsaber with a scowl on his face. The background is a wall of water.

In one of the trailer’s most gorgeous shots, a squadron of First Order TIE Fighters scream toward what can only be described as a space iceberg. Fans are theorizing that this may be a frozen Cloud City. Crazy!

A twisted, gnarly-looking throne. Must be Palpatine’s. Lightning strikes. As fans have pointed out, this design is heavily inspired by unused Ralph McQuarrie artwork of the Emperor’s throne intended for Return of the Jedi.

Palpatine (off-screen): “Long have I waited.”

An apparently-operational Imperial Star Destroyer rises up out of the ocean. Shudder.

The Millennium Falcon drops into frame with countless Rebel Alliance and Resistance ships behind it. As folks have already pointed out, you can see the Ghost from Star Wars Rebels and a few Mon Calamari vessels, which means Leia’s mission in Allegiance must turn out to be a successful one. It does also look as though Lando and Chewie are piloting the Falcon in this scene.

Palpatine (off-screen): “…your coming together…”

Inside the Falcon’s cockpit, Rey smiles at her copilot Chewbacca as Finn, Poe, and C-3PO enter the frame behind them. This must be a different part of the movie than the large space battle directly above.

Back on the submerged wreckage, Rey and Kylo Ren clash lightsabers.

A very brief shot of some kind of large explosion in space. The silhouette of a Star Destroyer is just barely visible on the left hand side of the image, but it’s tough to say whether it’s of the Imperial or First Order variety.

A skiff races along the ocean waves. It’s hard to tell who’s aboard exactly, but I think I can make out Poe and C-3PO. The skiff crests a swell and the wreckage of Death Star II huge laser cannon housing is revealed.

Palpatine (off-screen): “…is your undoing.”

The new droid-mechanic alien Babu Frik is welding some wires together on the back of C-3PO’s head while Rey looks on in the background, worried.

BB-8 and new droid D-0 look on, also concerned. It looks like we’re in a junk shop or droid repair garage of some kind.

Poe: “What are you doing there, Threepio?”

C-3PO has a mess of wires coming out of the back of his head connected to something off-screen. In the background, we can see more of the droid shop, including the dome of an astromech and a Clone Wars-era Trade Federation battle droid.

Rey and Finn stand together in the droid shop. It’s worth noting the human characters seem to be wearing winter-weather parkas in this scene. In the background we can see droid limbs and other parts hanging from the ceiling, much like in the Droid Depot gift shop at Star Wars: Galaxy’s Edge.

A closer shot of C-3PO’s face. If this incredibly popular, enduring character is really set to die in The Rise of Skywalker, I can’t imagine they would tell us in the trailer, would they? It does look as though he is possibly about to have his personality uploaded into some other machine, similar to L3-37’s fate in Solo: A Star Wars Story.

R2-D2 shakes back and forth and beeps excitedly while standing at C-3PO’s side. This must be a different scene than the one pictured above, but it’s hard to tell what location they’re in.

Chewbacca growls. Poe Dameron appears to be standing next to him, but not facing him. That might be the hull of the Millennium Falcon behind them.

A really fun backwards, low-angle tracking shot following Poe, Chewie, and Finn as they run through the corridor of a First Order base or ship, blasting stormtroopers along the way.

Rey hugs Leia on the forest planet. Pretty much the same shot we’ve seen in a previous trailer.

Reverse, closer shot of the hug. A tear rolls down Rey’s cheek.

BB-8 peers through the railing of a skiff surrounded by junk. We can see Chewbacca behind him.

BB-8 uses his retractable limb to trigger the green-and-yellow explosive canister next to him on the skiff.

The canister propels itself from the skiff and explodes in a cloud of yellow dust in the air in front of an approaching stormtrooper on a speeder bike. There are also moisture vaporators surrounding the path of this chase sequence on the desert planet Pasaana.

Finn throws his fist in the air to celebrate as Poe pilots the skiff and C-3PO hangs on for dear life.

A Resistance Y-Wing starfighter goes up against some First Order star destroyers.

Finn and Naomi Ackie’s character Jannah ride orbaks into battle with BB-8 rolling along at their sides. Explosions go off behind them. They look to be on the hull of a star destroyer or some other large ship.

Title card: “THE SAGA WILL END”

Rey and Kylo Ren come face-to-face in the ruins of the Emperor’s throne room on the second Death Star. Rey has her lightsaber out and activated, but Kylo does not.

Finn runs along the submerged wreckage and shouts something inaudibly. Reading his lips, it sure looks like he’s yelling “Rey!”

Rey and Kylo Ren apparently team up to destroy what looks like the remains of Darth Vader’s helmet and the pedestal it sits on using their lightsabers. The pristine, white-paneled location looks like it may very well be Cloud City once again.

Finn and Poe look suspiciously at something in a dark cave, while C-3PO shines a light from behind them.

The starship battle rages on, as Finn and the gang continue running along the hull on orbaks. I believe there are both Imperial and First Order star destroyers in this shot, along with a variety of TIE Fighters, X-Wings, B-Wings, and Imperial shuttles in the background.

Kylo Ren stands with a bright light and some metallic implements behind him. He has a determined look on his face when he turns and walks toward the camera.

We hear Palpatine’s laugh as the long-thought-dead villain stares down Rey from an elevated, possibly mechanical (and mobile?) throne. The floor is nondescript to be identifiable, but the location looks ancient or at least old.

Rey stares toward the camera, blue lightsaber blade ignited, ready for anything. Lights flash as a slight smile appears on her face.

Luke (off-screen): “The Force will be with you…”

And tickets are indeed available now. Star Wars: The Rise of Skywalker will open in theaters nationwide on Friday, December 20.