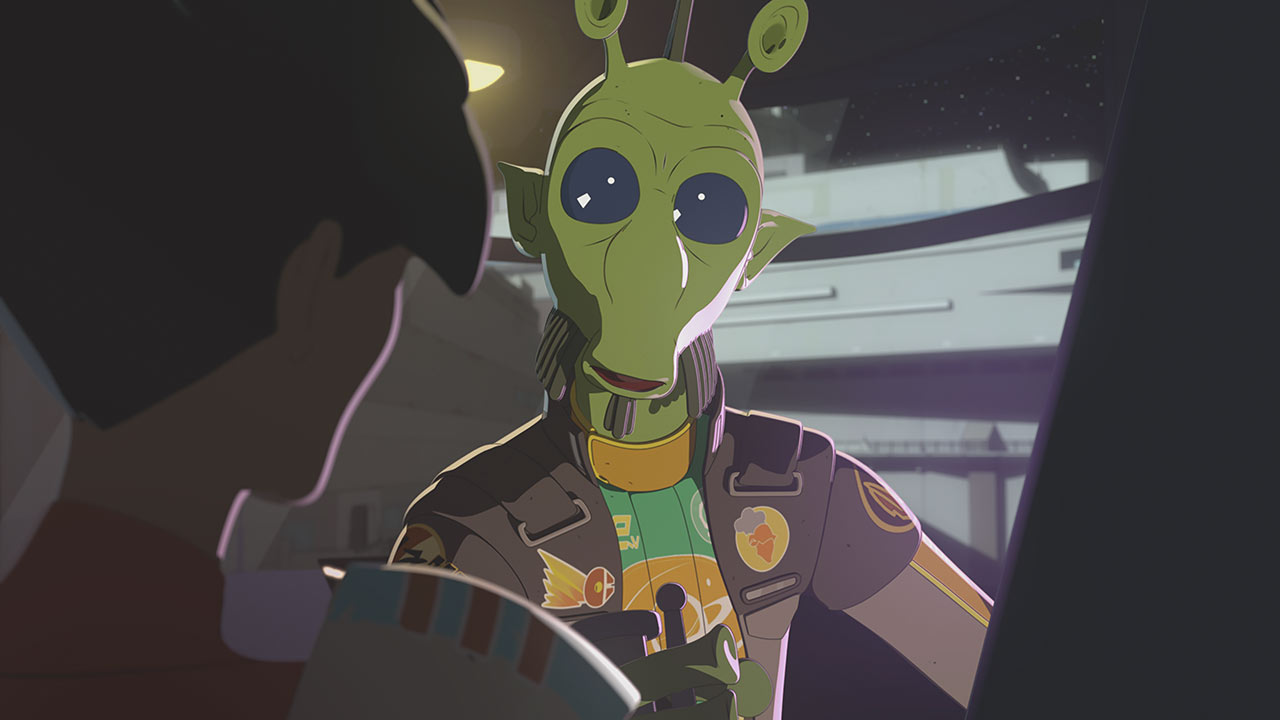 Hello and welcome to another recap of Disney XD’s animated series Star Wars Resistance. This week’s episode, entitled “Live Fire,” is the third installment of the show’s second and final season, and sees the Colossus’s Ace Pilots reeling from their near-defeat at the hands of the First Order at D’Qar. They’re worried the evil military force will chase their mobile refueling station forever, and they’re probably right. Fortunately, Captain Doza (voiced by Jason Hightower) has a plan.

He’s enlisted former Rebel Alliance pilot Jarek Yeager (Scott Lawrence) to act as their new squadron leader and train the Aces for future combat. Surprisingly, he also wants to bring aboard the unlikely new member Kazuda Xiono (Christopher Sean) as the latest addition to the team. Hype Fazon (Donald Faison) is not happy about either of these decisions and “doesn’t remember signing up for the Resistance.” It doesn’t help that he’s also not Kaz’s biggest fan, and has branded the newcomer with the admittedly appropriate nickname “Kaz-tastrophe.” 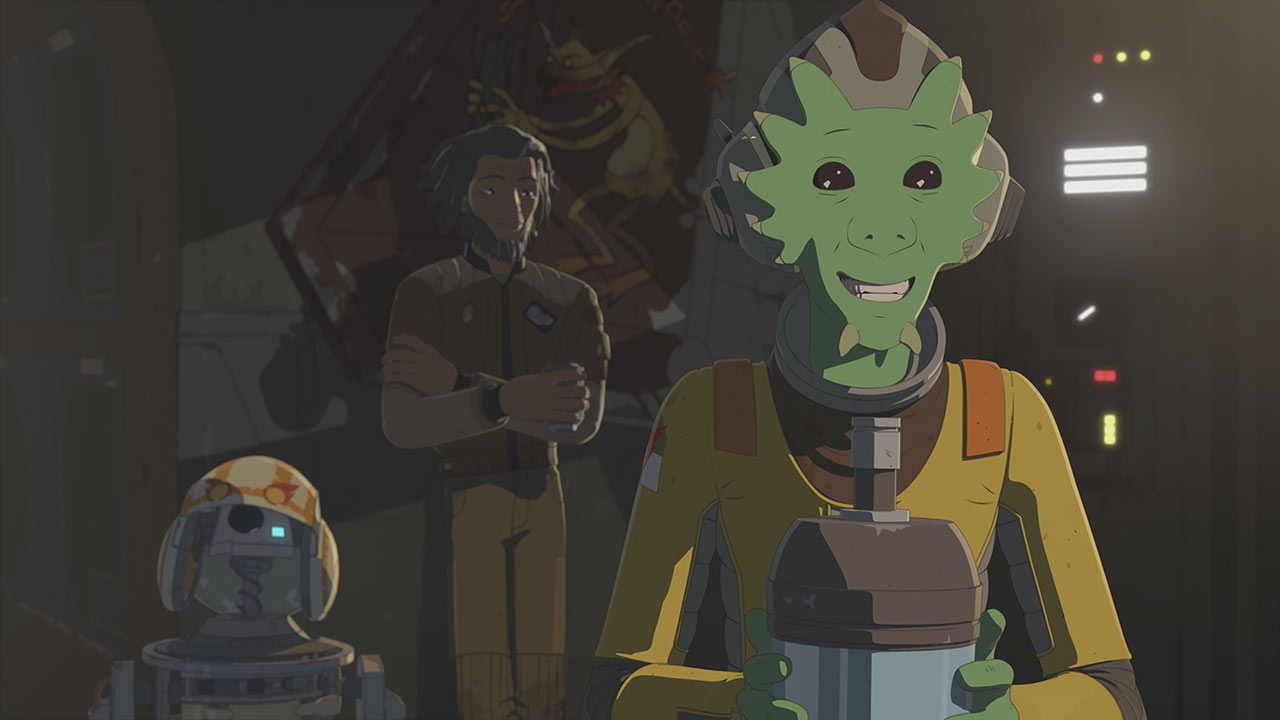 Jarek finds an ice moon near the drifting Colossus and sets up a stun-blast skirmish battle between himself and Kaz as one team and everyone else on the opposite side. During the exercise, Hype shows off, blocks a “kill shot” from Torra (Myrna Velasco), and loses the faux battle for the established Ace Pilots.

Meanwhile at the First Order, Tam Ryvora (Suzie McGrath) and Jace Rucklin (Elijah Wood) have entered into training exercises of their own under Lieutenant Galek (Christine Dunford). Only they’re using live fire instead of stun blasts– giving the episode its title– and going up against X-Wing-style drones. 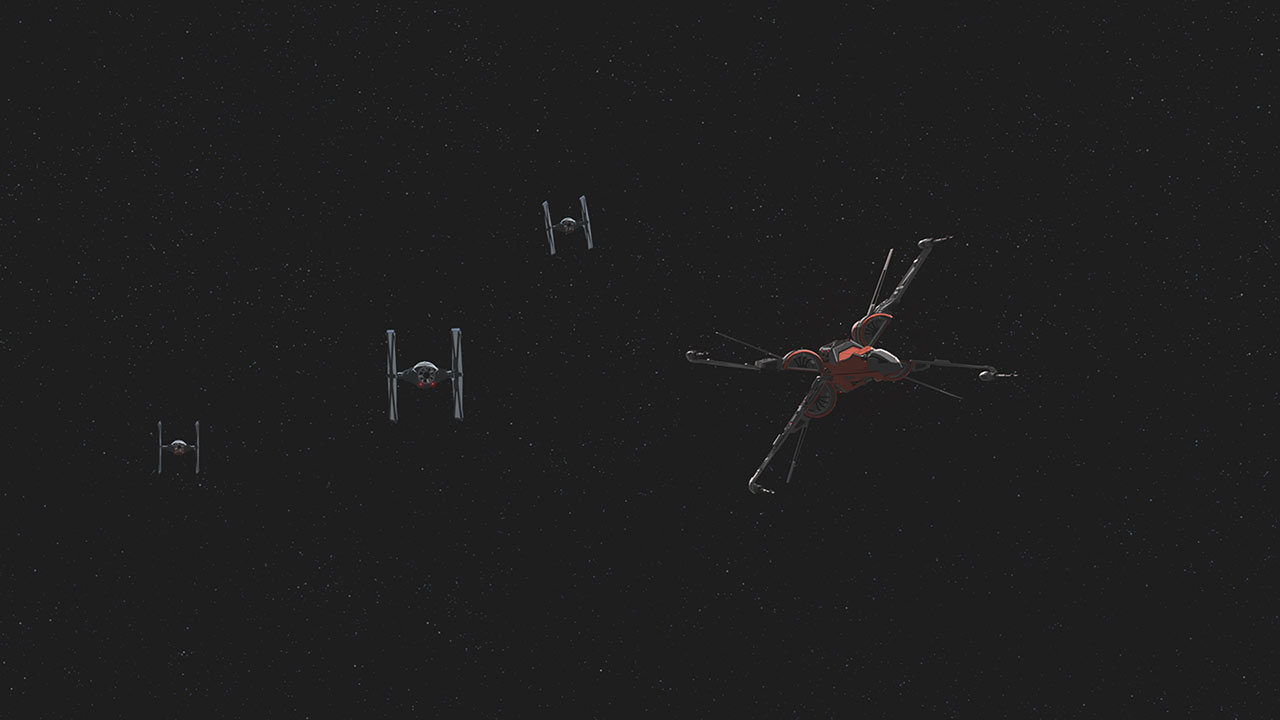 In Aunt Z’s Tavern, Hype is considering leaving the Colossus, especially after discovering that the bar is down to serving water only. He gets into an argument with Kaz and says he doesn’t blame Tam for leaving. Then Torra comes to talk Hype down and tells him he can abandon his squadmates if he wants to, as she is scared of facing the First Order again and understands where he is coming from.

During their TIE Fighter drill, Tam destroys more drones than anyone else and earns the praise of Commander Pyre (Liam McIntyre) until she breaks formation to save Rucklin after his engines fail and he almost crashes into the Star Destroyer. Once she has landed back in the hangar bay, Tam is reprimanded by Galek, who says it’s her duty to complete the mission of destroying the enemy instead of “rescuing lesser pilots.” Hype decides not to leave the Colossus, but refuses to apologize to his fellow Aces and is paired up with Kaz for a second practice run on the ice moon. In the midst of their training, a giant monster emerges from the frozen planet’s crust and pursues Jarek’s ship. With their weapons deactivated, the team doesn’t have the firepower to take down the creature, but Kaz and Hype manage to finally put their differences aside to think quickly and help come up with a plan to defeat it– they use their stun blasts to collapse a series of pillars on top of the beast.

Safely back aboard the station, the Ace Pilots celebrate having bonded while saving Yeager, and Hype officially welcomes Kaz to the squadron, negating his “Kaz-tastrophe” nickname (for the time being). While this episode didn’t add a tremendous amount of forward momentum to the overarching plot of this season, it was nice to have some good character development among the leads and supporting faces. Let’s hope our heroes fare better the next time a real battle takes place. 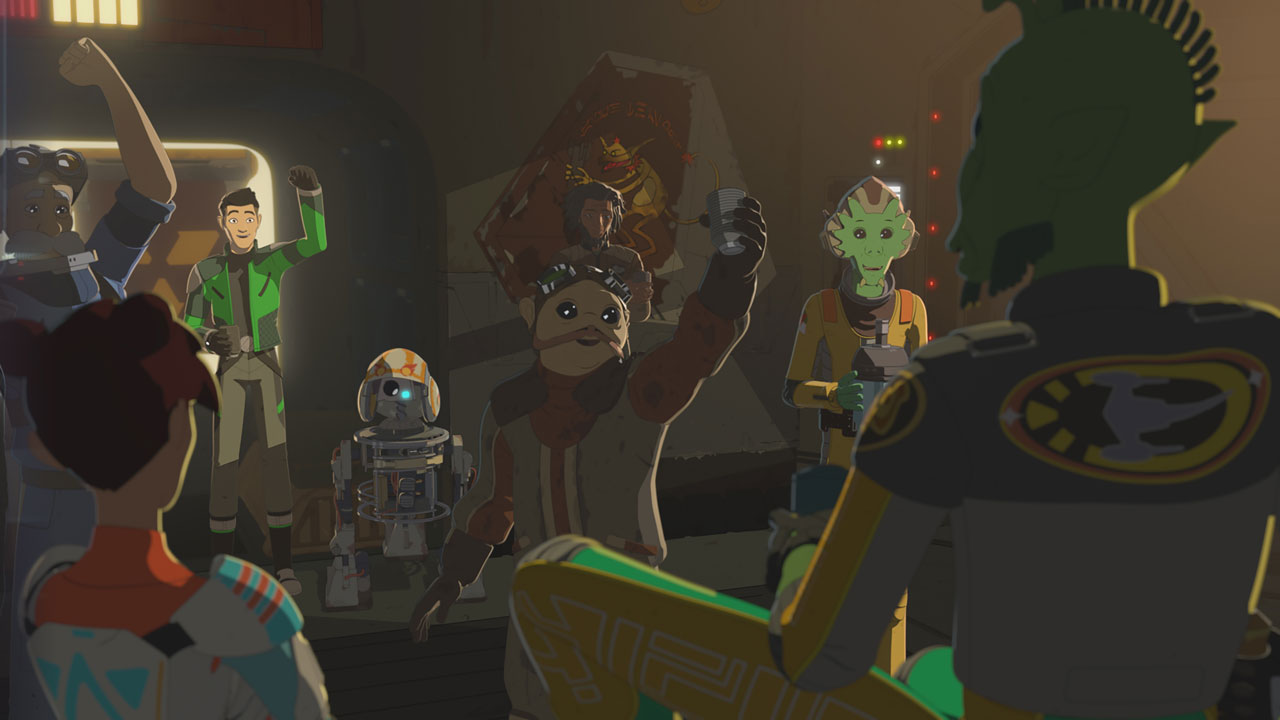