Hello, and welcome to the second installment of Laughing Place’s weekly recap of the second and final season of Disney XD’s Star Wars Resistance animated series from Lucasfilm Animation.

This past weekend’s new episode, “A Quick Salvage Run,” opened with Tam (Suzie McGrath) listening to the message Kaz (Christopher Sean) sent her last week. Rucklin (Elijah Wood) overhears and insists she turn over the receiver to First Order command. 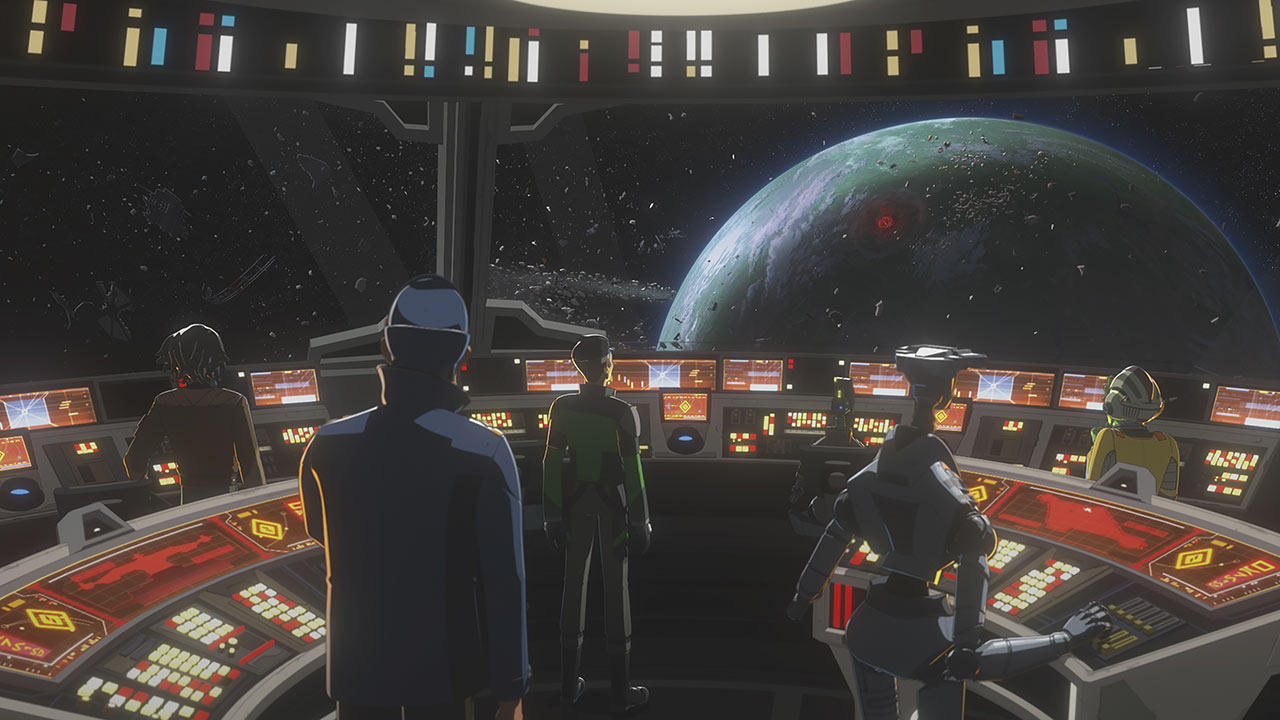 Meanwhile, on the Colossus, the pirates have made themselves at home in Aunt Z’s Tavern, but the station is quickly running out of drinks– not to mention food and fuel. Then Kaz receives a communication from his father Hamato Xiono (Tzi Ma), who he is delighted to learn has survived the destruction of Hosnian Prime, along with the rest of his family. Hamato informs Kaz bounty hunters may be coming for him, but Kaz reassures his father that he and his friends will find protection when they arrive at the Resistance base on D’Qar. Unfortunately for our heroes, they arrive at D’Qar to find the base deserted after the battle depicted in the opening scene of Star Wars: The Last Jedi. However, the coaxium hyperdrive fuel they need may be aboard the wreckage of the First Order Dreadnought still orbiting the planet. If only Kaz can convince the pirates to help lead a salvage run to the massive derelict ship. Thankfully, Captain Kragan (Gary Anthony Williams) agrees to the mission after being convinced there will be plenty of abandoned weapons and technology for him and his crew to claim. 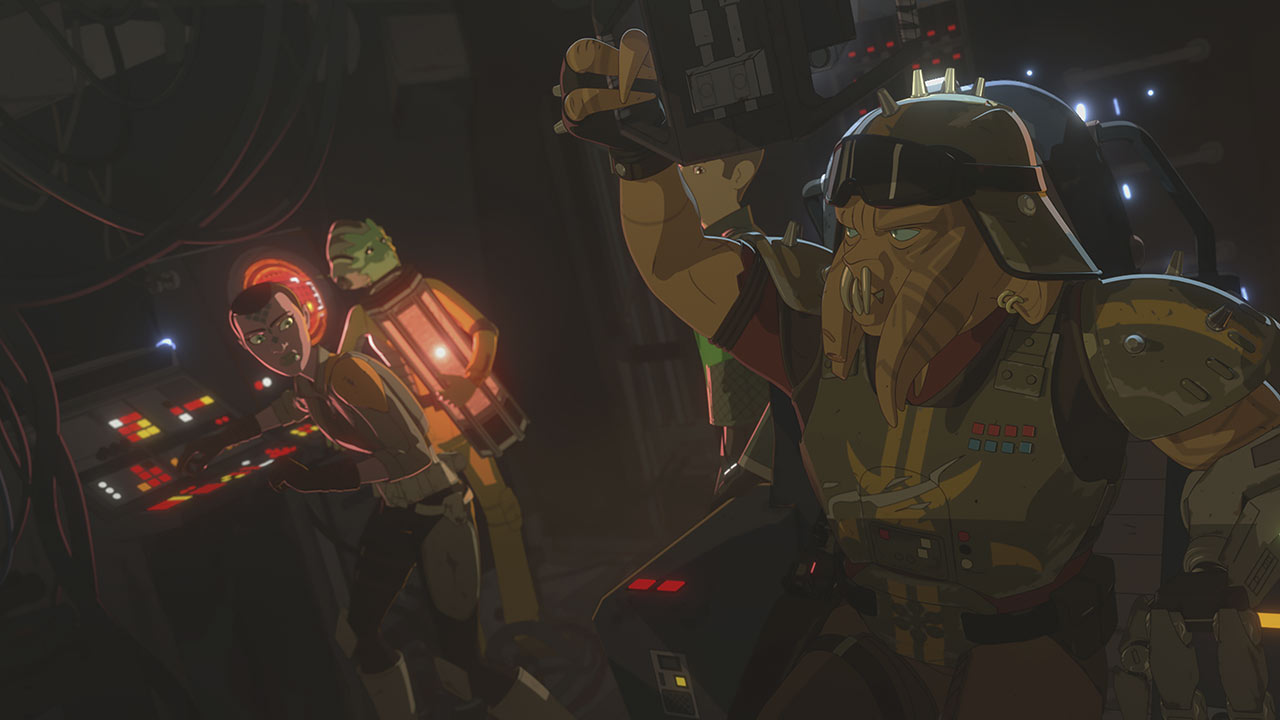 Back at the First Order, Tam has apparently decided to give Kaz’s message to Agent Tierney (Sumalee Montano) and Commander Pyre (Liam McIntyre), who use it to track the Colossus back to D’Qar, and Tam is invited to watch her friends destruction, though she seems very conflicted about her betrayal. The Star Destroyer arrives at D’Qar just as the pirates help Kaz, Neeku (Josh Brener), and Synara (Nazneen Contractor) find the coaxium in the Dreadnought’s hyperdrive. After a TIE battalion is launched, the Ace Pilots are scrambled and a space battle ensues. 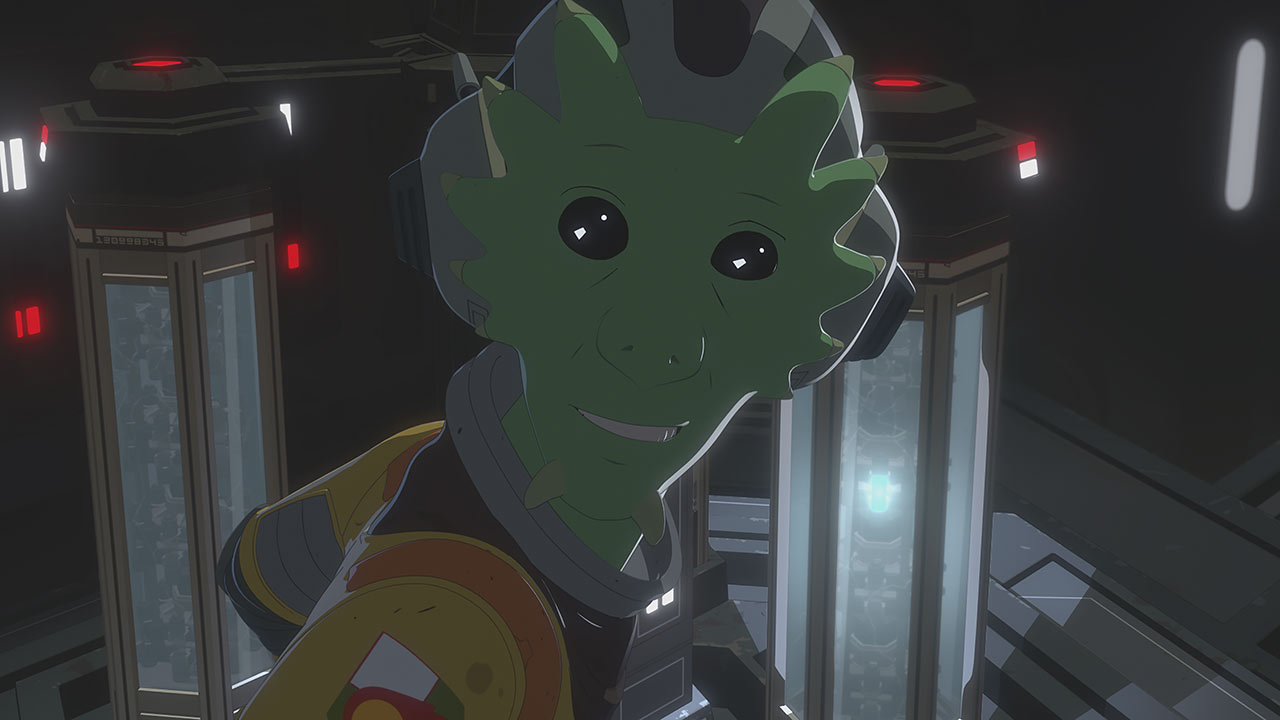 Kragan’s ship the Galleon escapes the Dreadnought and trades fire with the TIE fighters, but the crew makes it back to the Colossus in time for Neeku to– very carefully– insert the coaxium into the engine. Captain Doza (Jason Hightower) calculates the jump and the Aces land in the hangar bay at the very last second before the Colossus is destroyed by its attackers. Our heroes disappear into hyperspace once again, as Kaz and his friends wonder if Tam actually did give them up as they travel to another unknown destination. But the First Order is not dissuaded: they hope Kaz tries to communicate with Tam again, and we, the audience, hope Kaz doesn’t continue to be that stupid. 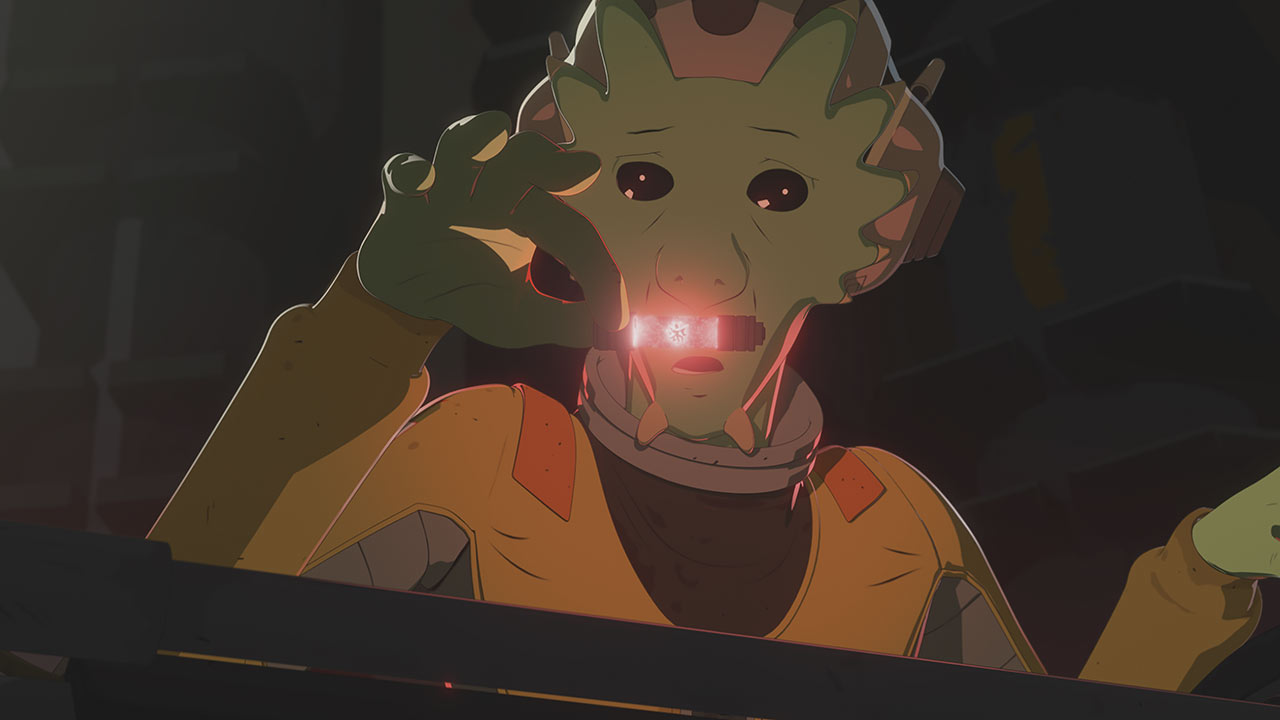 It’s pretty satisfying to see Star Wars Resistance already having caught up with the events of The Last Jedi, and one wonders just how far this series will get in the larger timeline before it ends. Obviously we know the Colossus doesn’t show up to help General Leia and company when they’re cornered on Crait, so I imagine this season will clue us in as to why.