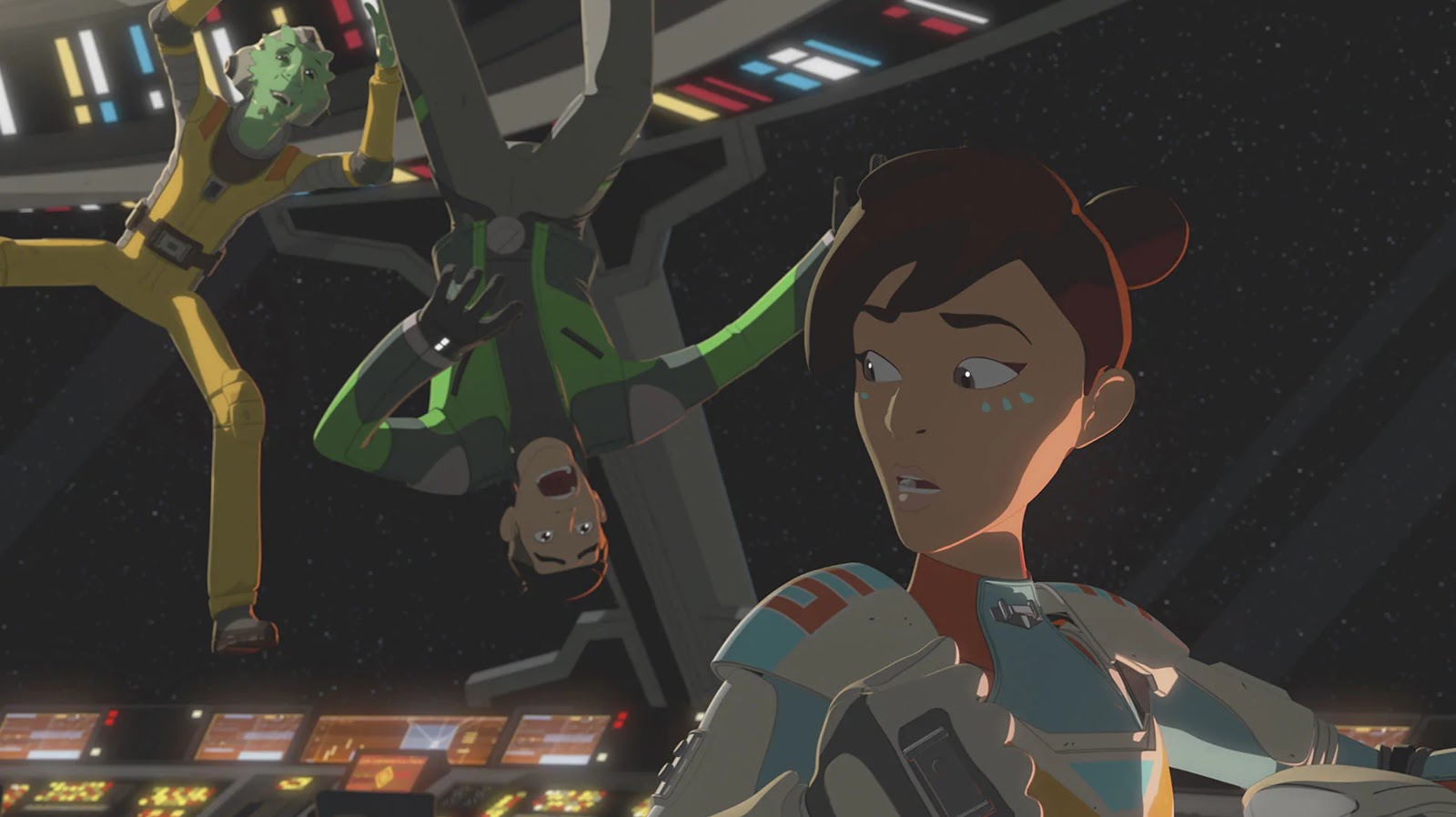 Hello there, and welcome to the first installment of Laughing Place’s weekly recap of each episode of the second and final season of Disney XD’s Star Wars Resistance animated series from Lucasfilm Animation.

When we last left our heroes (in the first season finale “No Escape”), the Colossus refueling station had emerged from the waters of planet Castilon and shot into Hyperspace toward an unknown destination, though its residents are hoping they wind up somewhere near D’Qar, where the Resistance base was located until the beginning of Star Wars: The Last Jedi. 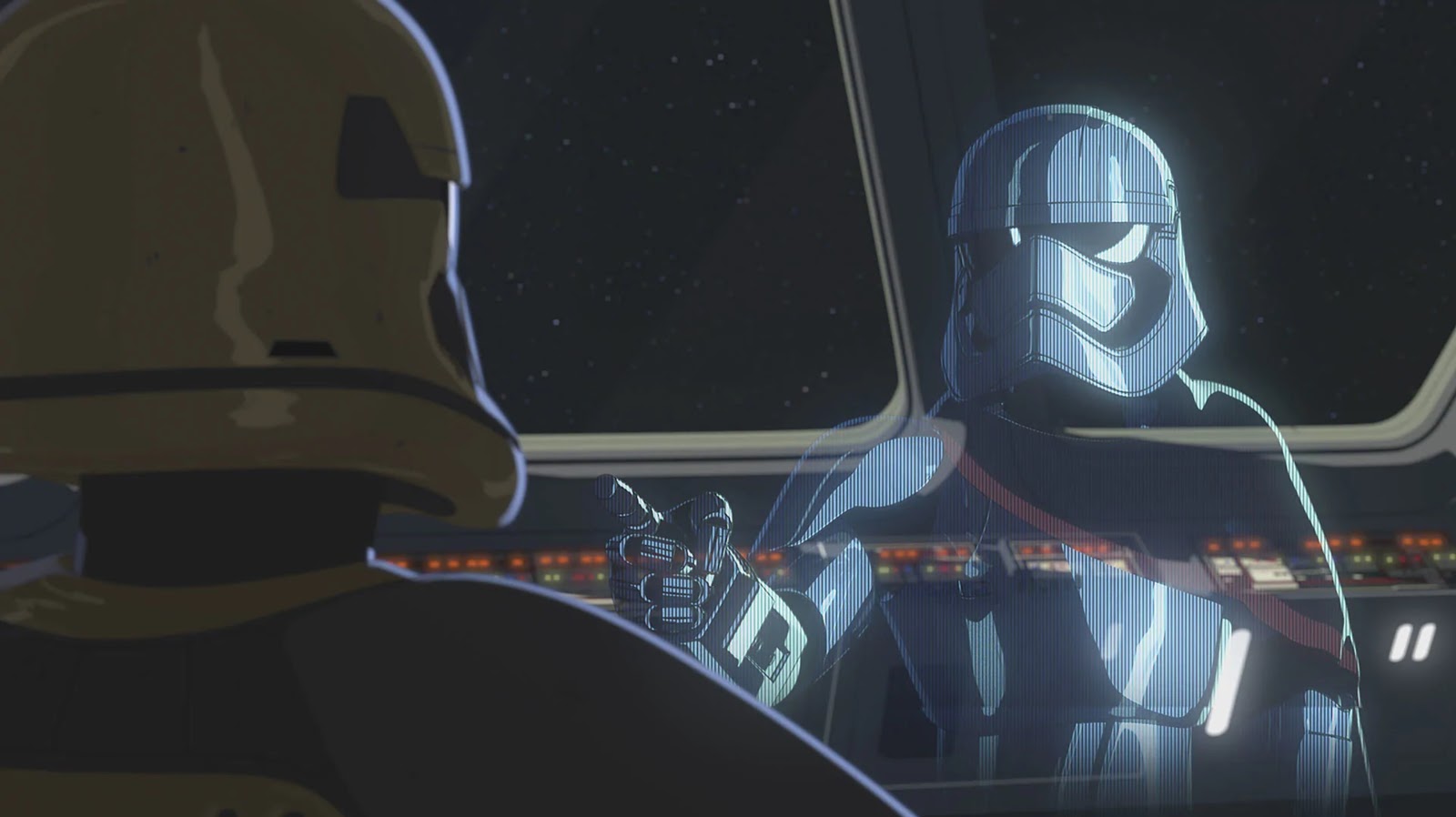 At the beginning of “Into the Unknown,” we see the leftover wreckage from the battle on Castilon and pan up to a First Order Star Destroyer, where Captain Phasma (Ellen Dubin, taking over from Gwendoline Christie) is delivering a message to Commander Pyre (Liam McIntyre) via hologram transmission– she wants the Colossus found before General Leia Organa’s forces can get her hands on that valuable fuel (this episode must take place between the destruction of the Hosnian system’s Republic core in Star Wars: The Force Awakens and the apparent death of Phasma at the end of Episode VIII.)

Meanwhile, the Colossus comes out of Hyperspace near D’Qar but not close enough to make contact with the Resistance, as the long-range comms are down– not to mention the station’s gravity generators. Kaz (Christopher Sean), Neeku (Josh Brener), Torra (Myrna Velasco), and CB-23 volunteer to venture into the bowels of the ship to make repairs before the fluctuating gravity causes any injuries, but the patrons in Aunt Z’s tavern seem to be having fun with the situation. 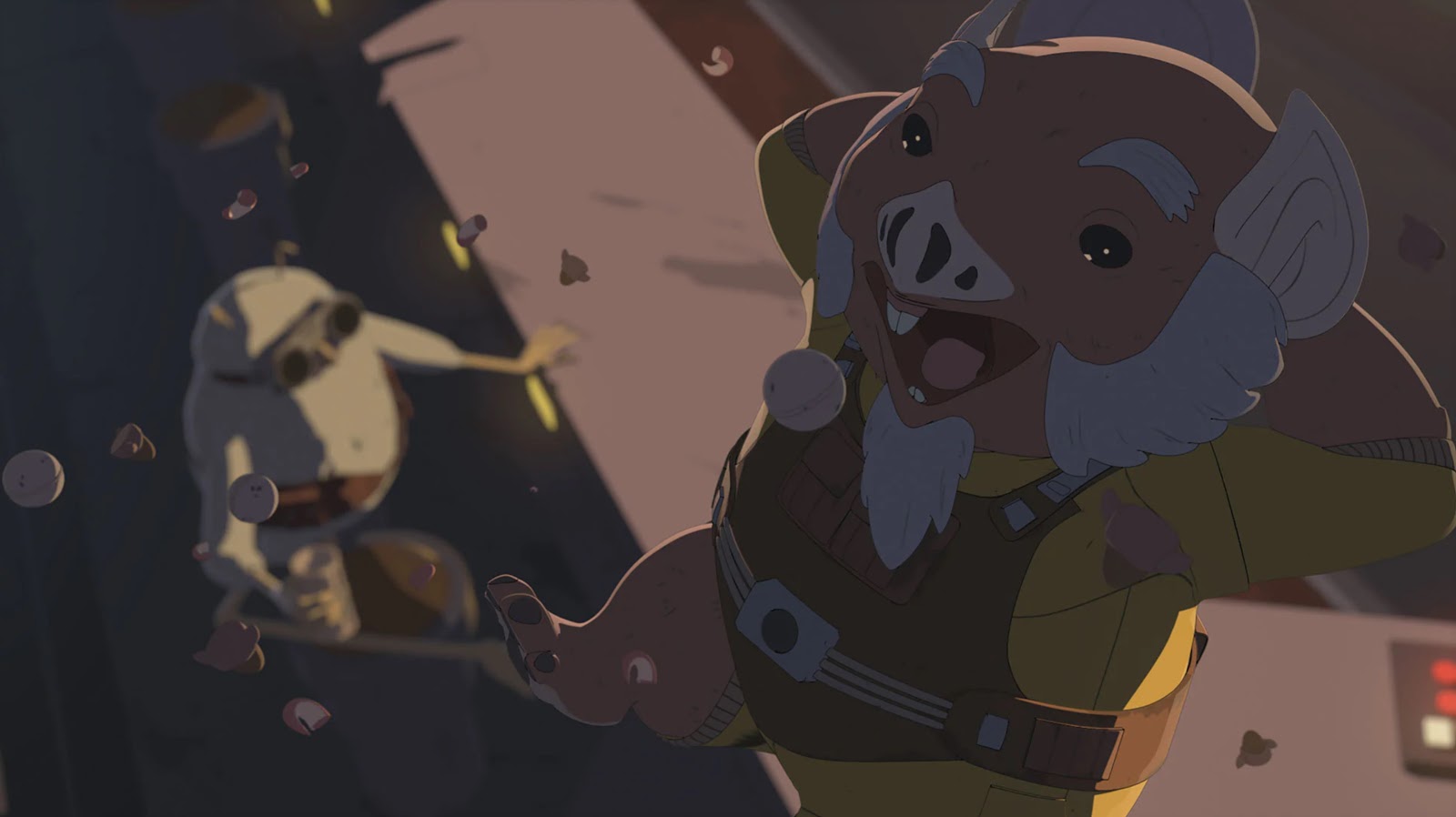 By the way, in the bar we do get some fun interaction between Jim Rash and Bobby Moynihan’s characters Flix and Orka, but nothing even close to indicating they are Star Wars’ first openly gay on-screen couple, as was indicated by a highly publicized interview with Resistance executive producer Justin Ridge last week. That must come later in the season.

Back at the First Order, new recruit Tam (Suzie McGrath) agrees to help the bad guys locate her former friends in exchange for her becoming a cadet pilot. And on the Colossus, something is stalking CB and Neeku in the air vents, in an obvious homage to Ridley Scott’s Alien— it’s First Order droid MB-13A, who looks and acts pretty much just like BB-9E from The Last Jedi to me. The evil BB unit accesses the communications relay and is this close to informing its nefarious bosses about the location of the Colossus when the gang works together to knock it out of the airlock, further solidifying the Alien tribute. Then the episode ends with Kaz, as clumsy as ever, sending a coded message to Tam, who immediately ignores it so she can put on her new First Order TIE Fighter pilot helmet. The conflict for the season is set up. Will our protagonists be able to convince Tam that her place is alongside the Resistance? Will the crewmembers of the Colossus make contact with their allies? Will Kaz become useful before the show ends? Tune in next week to find out more! 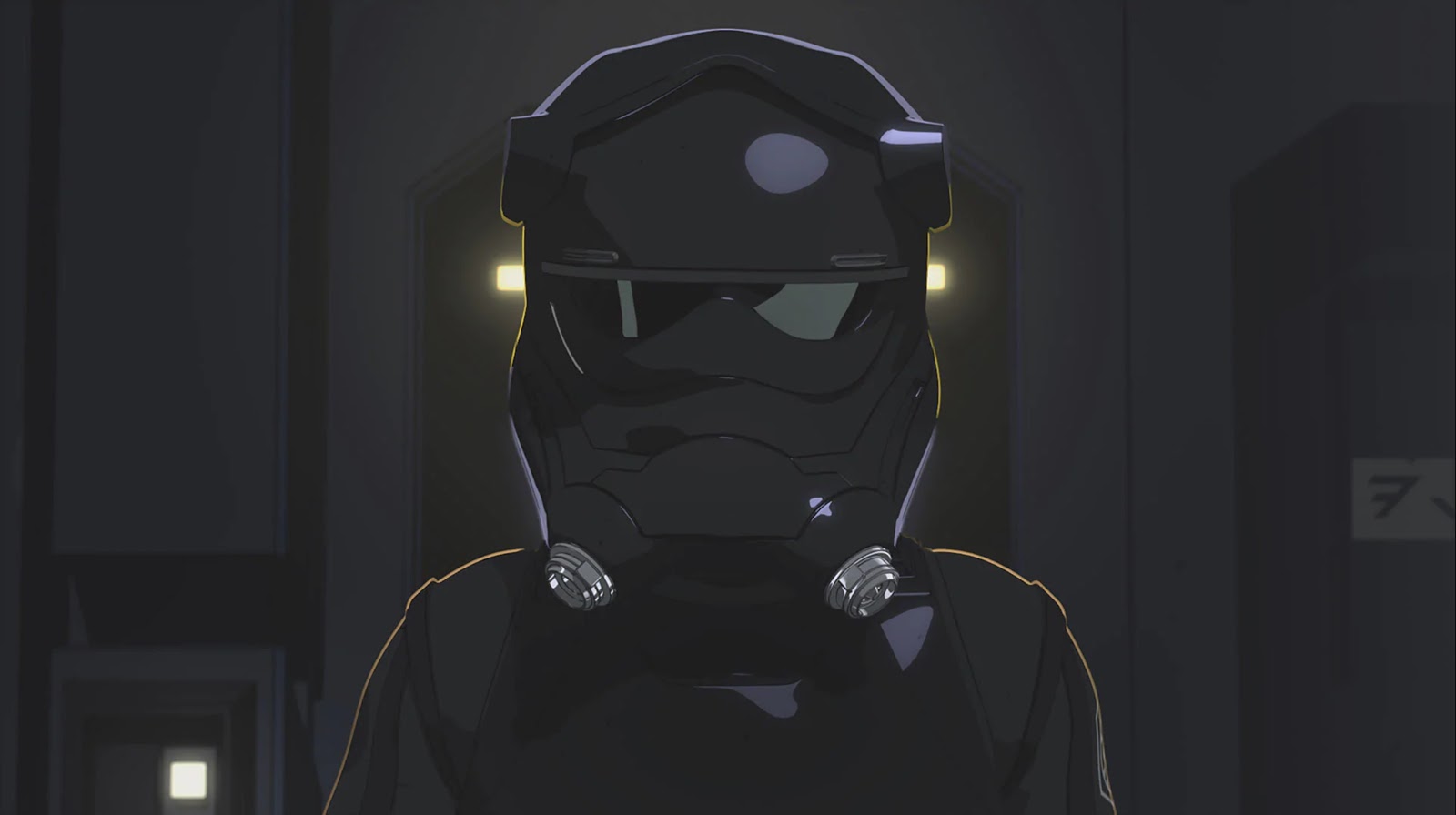