As fall quickly turns into winter, the first Mickey’s Very Merry Christmas Party in a week, let’s take a look around the Magic Kingdom area as lots of projects are underway. One of the largest projects resort-wide has been the updating of the bag check areas. Last week we saw half of the Epcot update open but the TTC is not only updating the bag check there — it’s also removing the Walk Around The World pavers at the same time. One of the more welcome sights has been the updates to the Walt Disney World Monorail fleet. While it may not be the full replacement many have hoped for, it is very nice to see some updates rolling out slowly. 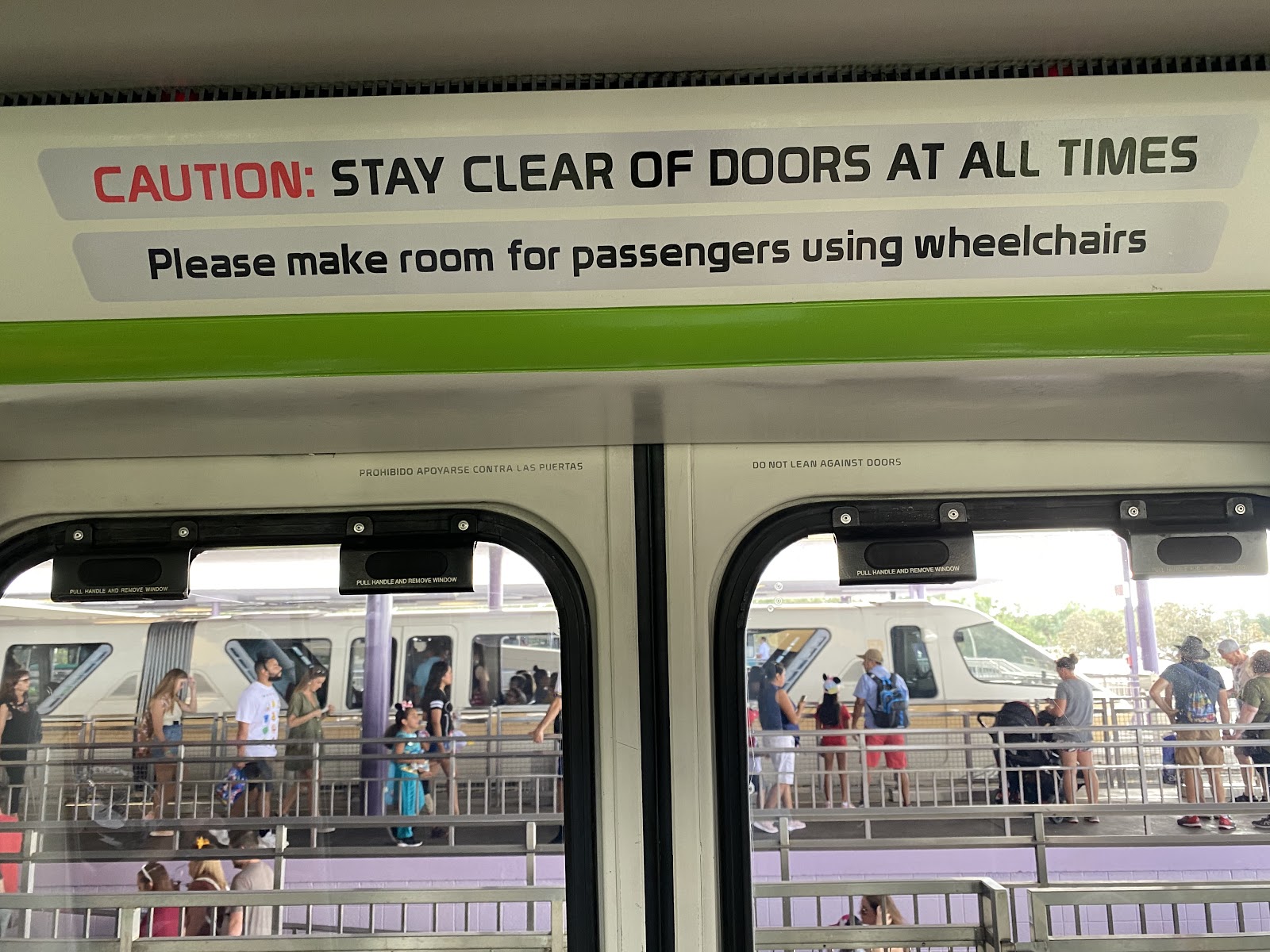 Walk Around the World Bridge Work on the bridge that will connect the Grand Floridian and Magic Kingdom walkway has been ongoing but it does look like we could be seeing the bridge in place soon. On the Magic Kingdom side of the walkway, work is starting on the removal of the WAtW pavers. The entrance area to Magic Kingdom is also in the midst of major change. Not only are the pavers being removed but the pathways to the boats and buses are also being reconfigured. This makes the area a bit difficult to navigate when the major crowds flow early in the morning or after fireworks. Main Street USA is still celebrating Halloween for a few more hours but on the other end, if you look closely, you can see that Cinderella Castle is ready for the Holidays with the lightning net already in place. 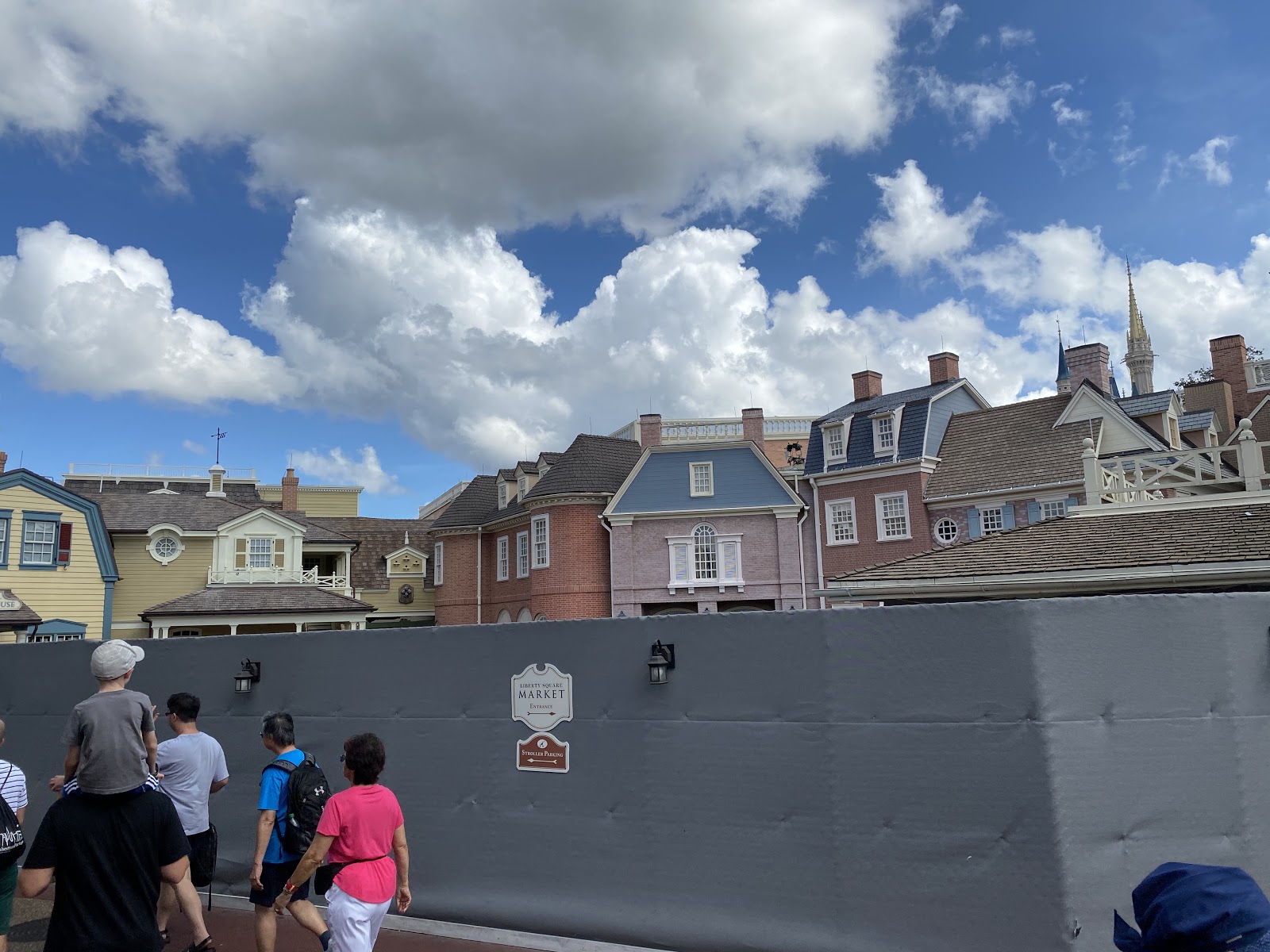 Work continues on the former seating area behind the Liberty Square Market to hopefully help expand stroller parking. Also, since this is the last of the Halloween updates, here is a prewar picture of the Haunted Mansion. Our first stop is Mickey’s Star Trader, which has been shutting down parts of the shop slowly to remove the Stitch murals and update the wall fixtures to a new cleaner look. The largest piece of construction in the Magic Kingdom is, of course, for the upcoming TRON Lightcycle/Run attraction. A major progression was reached as its outside track was recently put into place. With that, you can now get a good idea of how large it will be and how visible it will be from around Tomorrowland and Storybook Circus. Yes that’s right, the Contemporary Gingerbread Castle started construction also. I know many guest countdown the days for these special holiday happenings, but I have to say I would love a week or two between Halloween and Christmas where there is just a reset of everything. Sure, call me the Grinch if you like but, no matter what, I still took pictures of the tasty construction.