With Togo making its debut on Disney+ today, we talk to director Ericson Core and producer Kim Zubick about the film: 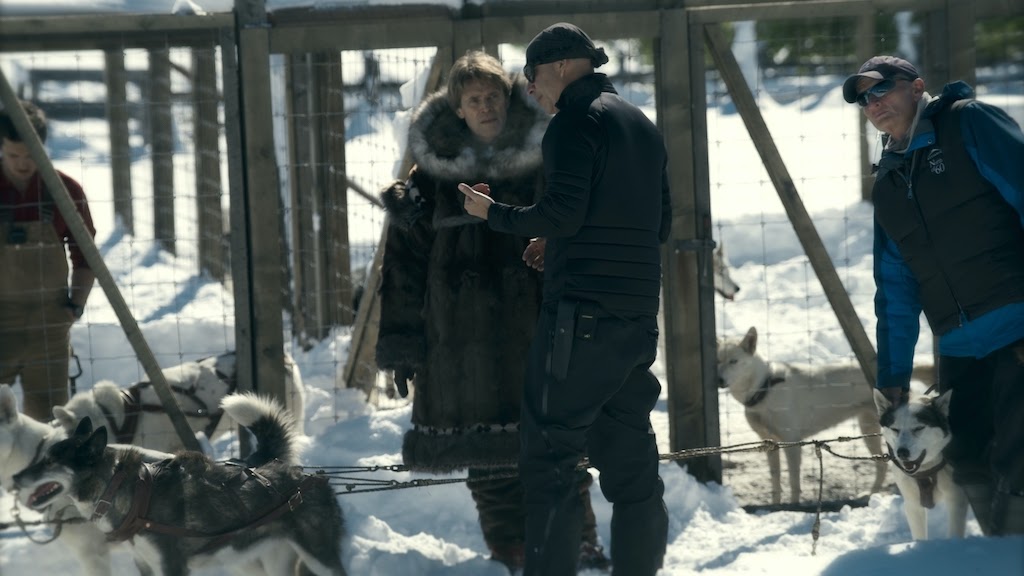 Laughing Place:  Hello, and thanks so much for talking to me. The movie is fantastic. It's a lot of fun. So can you talk a little about why it was important or, the value in telling Togo's story?

Kim Zubick:  Well, we were sort of answering Leonhard Seppala's legacy and desires in that it had always bothered him that the true story of Togo hadn't been told, which is to take nothing away from Balto, who was the last one to come to be known. But we all felt that it was important that everyone understand the real history behind this, and it's such a heroic story. Obviously Time Magazine named him the most heroic animal of all time in 2011 so we've, we agreed that it was really important.

LP:  We all love dog movies and dog because we have a natural connection to them. But what made this film different, at least to my perspective, was the visual look of it. Can you talk a little bit about your visual choices in the movie and what, what you wanted to accomplish with the look of the film?

Ericson Core: Sure. The story, the way we told it and shot it, was on location entirely. We didn't shoot on green-screen stages. We really were out there in the mountains and shooting it. So we wanted it to be very intimate and real, show with a lot of handheld cameras and close to the actors and the animals and the environment. To create the look for it, I really did want it to have its own unique sensibility and be different from a lot of the stuff, specifically on Disney, but also with other films in the world. There are quite colorful and vivid and we have all that opportunity to have that book in the world now because of our TV sets, because the movie theaters, our computers, we have access to everything, but I always find as a cinematographer, the idea as a storyteller is to use the thinnest slice of the pie of visual storytelling to make a specific story, for a specific time and, and character.

And for this film, because it took place in 1925 and the sense of it, I will go look at a lot of early color photography, especially Autochrome, which was created by the Lumière brothers who also created motion picture film. And when film was straining to see on tintypes and literally with  potato starch dyes, they were stunning and became very painterly and very magical in their own way and was also this sort of technological strain of trying to capture the world.

So for about a year and a half, I developed a look with Siggy Ferstl at Company 3, who did the color correction for the film to design layers upon layers of textures that we put into the film to get that look, and we limited the color palette of it, we added textures of cement and had de-focus and aberrations on the lens and the lens flairs, and bordering and many other things to give a much more painterly look to the film, so that is a unique story and my belief as a filmmaker is that the more uniquely you can tell a story, the more universal that story can become. So we gave it a very unique look. I think if it was very sharp and vivid and digital looking, the idea of telling a story of that time would've been missed a little bit, so, tried to make it more real and emotional to the moment.

LP:  You also seem to get strong performances from the dogs in that, just personally watching it with my dog, my dog knew when the dog was upset or was excited. So what was it like to work with the Huskies?

EC: The huskies are amazing. They have huge energy. I mean the Huskies are dogs that are meant to run and love to run and they have giant energy. But the best part about dogs and directing them, which I had not done before, is that they always are doing their own truth. Dogs don't lie. So it's very hard to get a dog to act, but you can capture their performance when they're being real. And I think that transcends onto screen. So, when you see the dogs, what they're doing is real. That required a lot of patience on our part and, and process in order to capture the moments that we needed to tell our story. But those dogs are always telling their own truth, which I think is what makes the puppy so ridiculously adorable and the adults, so heroic. 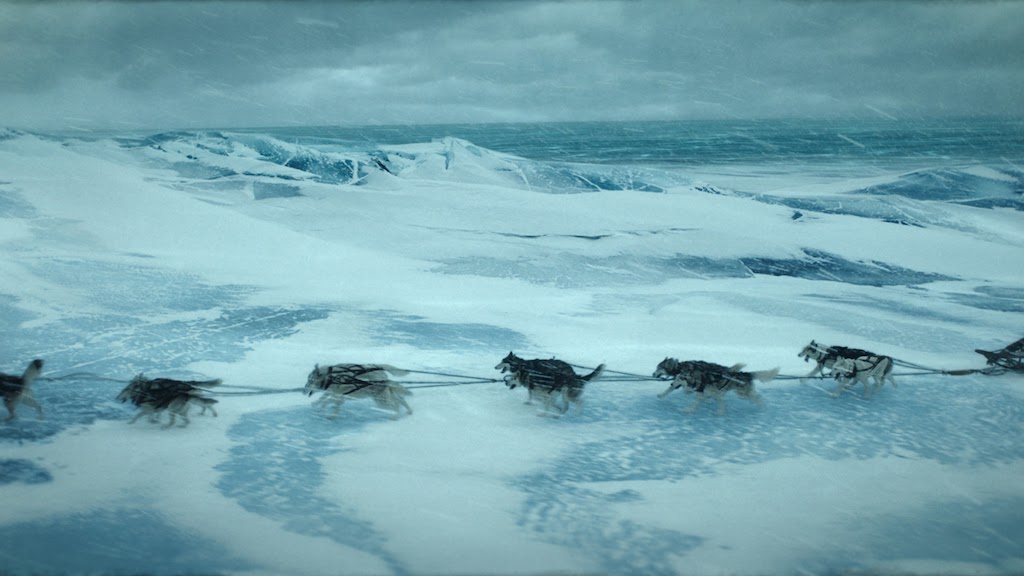 LP:  It's a great film for Disney+ and be able to, get the attention for a film like this that might get lost in other venues. But what was the journey to bring this film to life and how long did that take?

KZ:  Well, his is an in-house Disney project, and it's something that Sean Bailey, Jessica Virtue and Louie Provost sort of percolated on. And by the time Ericson and I joined, it was already a brilliant script by Tom Flynn and, we went off and translated it for them. But while it was being developed, it was not specifically being developed for Disney+ when we shot it, we knew it was going to be for Disney+, and actually, it's a great gift to the film that it coincided with the advantages of Plus because this is such a family movie that everybody of all ages can share together that to be able to bring it into those homes, particularly during the holidays, a lot more people will benefit from seeing it. Hopefully.

LP:  I agree 100%. It's such a great movie to put the fire on with the whole family and watch it together. Do you have a message that families will get out of this movie and be inspired by Togo and his leader?

EC: I think it's a film about connection. You know, it's a connection of, of family as Constance and Seppala were and of man to animal. I think the connection's really beautiful in it. I hope they get a connection to nature. So we shot it all in the most beautiful places imaginable, and I think that is a wonderful feeling and respect for nature. I think that the idea that we shot it at a time in 1925 when we really were a country of immigrants and we can hear, those accents and those people who came over to try to make their life here in America great and created, and we're involved in one of the great American heroic stories of the Serum run. I think those are rather important themes to share.

LP:  And one of the things that was great about the film is that you intersperse the flashbacks with the run, so it wasn't just sort of bearing down on you constantly — you had those lighthearted moments kind of weaved in. Can you talk a little bit about those lighter moments and what you think that might've brought to the film?

EC: Sure. I mean, I think that if you're ever going to get an audience to cry, you need to make them laugh first. And this story has that. And I honestly think that when I read it at first I said, “Oh God, puppies,” and it's all this stuff that are cute scenes, but they're rather adorable and they are like medicine. I think in a film like this, you need it otherwise, the boot heel of the intensity of the event and the drama of it can be almost too heavy to bear. So by seeing all that, you get a lot of joy out of it and a lot of laughter, and I honestly think it's where people fall in love with Togo. You fall in love with him as a puppy, so that when you see the adult, you know where he came from and I think that's necessary for the film. We tried to tell the drama as much as we could, but never go too far to the point where people could come back and then have some, some joy and laughter before going back in.

KZ: It also shows the progression of the relationship between Togo and Seppala. You start out with this horrible little puppy and ended up with this dog that essentially saved his life. 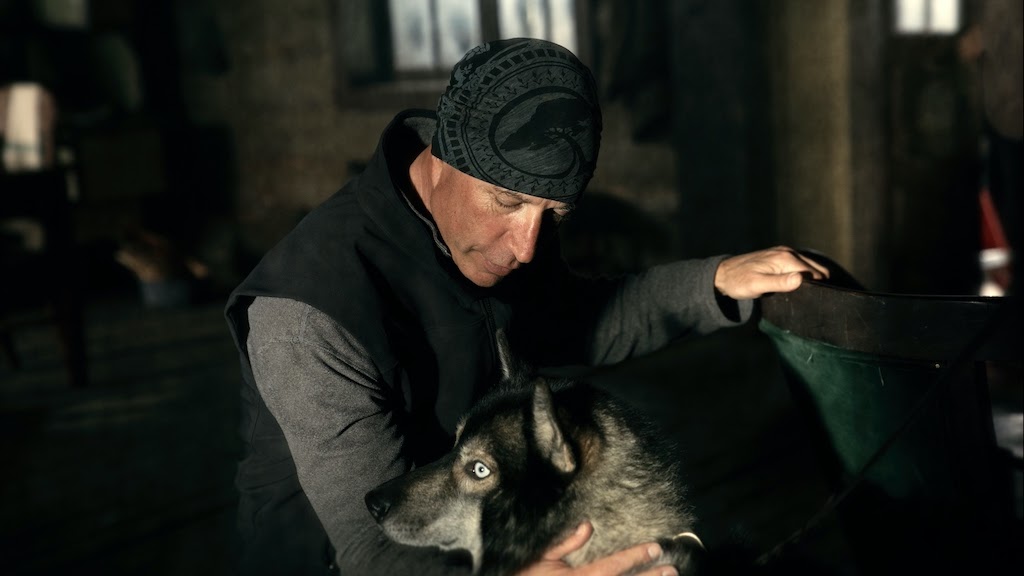 LP: I agree. I mean, there was no way I wasn't going to let the dog sleep in my bed that night. Well, thank you very much. The film is fantastic and I think it's, a lot of people are going to be able to watch it over the holiday and the new year and really be inspired.

Togo is now streaming on Disney+.