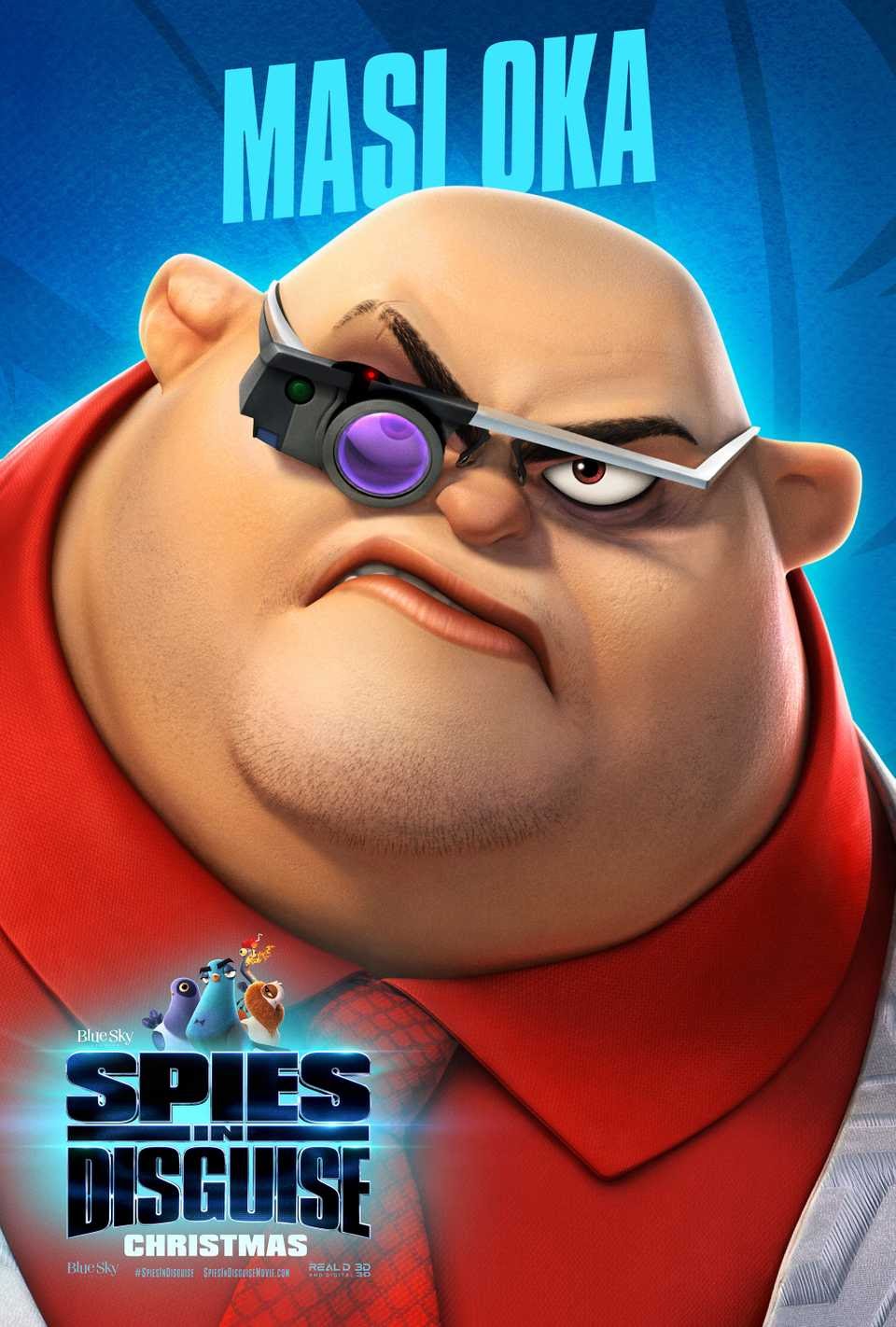 Actor Masi Oka began his career in Hollywood as a digital effects artist for Lucasfilm’s VFX division Industrial Light & Magic, contributing his technical prowess to such films as Ang Lee’s Hulk, Steven Spielberg’s War of the Worlds, and George Lucas’s Star Wars prequel trilogy. He then became a household name and face playing the lovable space/time-manipulator Hiro Nakamura as a regular cast member on the hit 2006 NBC superhero drama Heroes. Since then, he’s also become known to fans as Max Bergman on CBS’s Hawaii 5-0.

Now Masi Oka is co-starring as the villainous Kimura in the new action/comedy spy-movie homage Spies in Disguise from Blue Sky Studios and 20th Century Fox, being released under its new parent company Disney on Christmas. I recently had the pleasure of sitting down with Oka for a roundtable interview with a number of other reporters to discuss his role in the film and why villains are generally misunderstood. 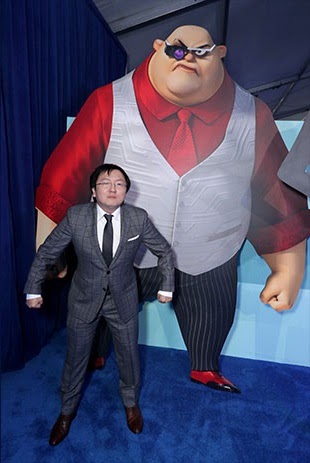 Q:  How did you come to be involved with Spies in Disguise?

Masi Oka:  It was just Percy Kaplan, the casting director just invited me. He’s the best. He actually invited me to audition for a different movie as a voice actor and they said, ‘You know what? I think you’ll be perfect for this. We have this other thing that we’re just germinating. Would you mind just reading, doing a test?’ [And I said,] ‘Sure, why not?’ That’s how it started.

Q:  What’s it like channeling your inner Bond villain?

Oka:  It's fun. I actually don’t get to play villains that much. You think [Kimura] is a villain, but then he turns out to be this teddy bear. I love the fact that I could play with that duality. You think he’s mean, but then the deepest darkest secret [he] ever had was that he peed in a pool. So it’s kind of a fun juxtaposition. It’s like, ‘Oh wait a minute, he’s a teddy bear out here.’

Q:  What do you like best about working in animation?

Oka:  The great thing about animation is that I get to improvise a lot [in my] voice-overs. When it’s a joke line, it’s like, ‘Oh, just try say try saying this,’ and I will [improvise] something. And I would see them laugh and then they say, ‘Try saying this.’ And then we would feed off each other. We actually had a lot more darker lines, but then I think because of the Disney [acquisition] we had to keep it a little bit less blue, but [the peeing in a pool] one made it in anyway. It was cute and [we] kept it PG-friendly. 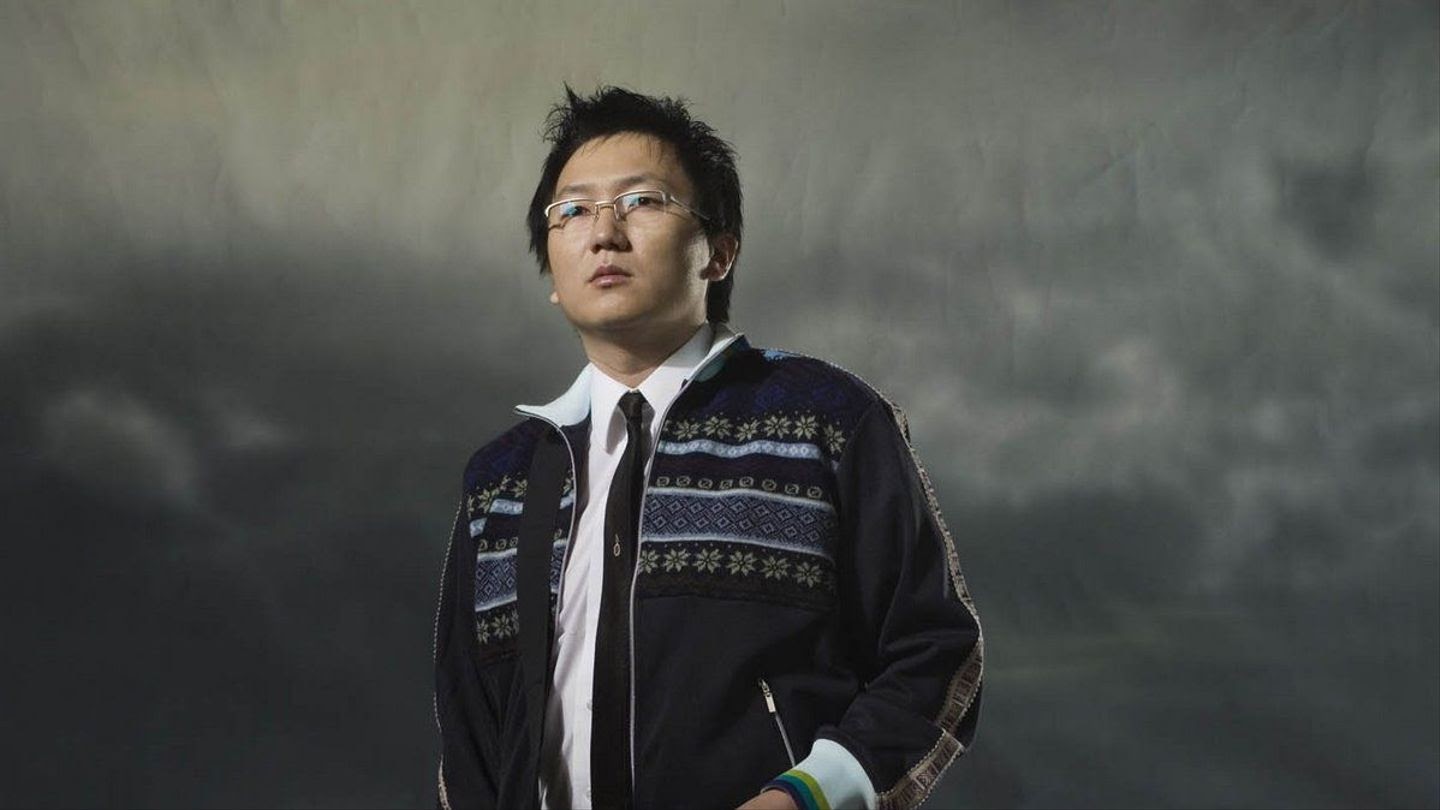 Q:  Were there any other variations on the voice you tried before you came to Kimura’s tone in the movie?

Oka:  Not really. I mean, we played around with it, but they were just like, ‘Use a lower register’ and ‘Let’s go with that. I thought, ‘Maybe I’ll need to go smoke or get wasted the night before or something,’ but fortunately I didn’t, I didn’t have to do that. They were cool.

Q:  What are your thoughts on the message of the film?

Oka:  There’s so much great messaging– the idea that your embrace your weirdness. And I say [embracing] your weirdness is just embracing your uniqueness. You know, everyone should follow their dream and everyone should [be] free to say what they want. But what makes you unique is you, and I want to thank everyone for being themselves and I think people should be proud of who they are and they don’t have to be anyone else. Just really embrace your weirdness. I guess that is the theme of the film. That’s a theme that resonates with kids, but also with adults.

That’s what’s great about this film. It’s not just for kids. There [are] so many adult things, the humor is targeted [at] both kids and adults. The whole family can see it. But especially for me, I grew up raised by a single mother [like Tom Holland’s character Walter] as well and I was able to pursue my dreams and had all that support from my mom. So there [were] a lot of things that I related to [about] the main character in particular. But definitely, embracing yourself [and] embracing your awareness I think is a really important message, especially in this day and age where you could easily be influenced to give up who you are.

Q:  Kimura is obviously much larger than you are. How do you approach playing someone so physically different?

Oka:  I don’t know. Maybe eating a lot of pizza? [laughs] I think it’s more of a mentality issue. If you’re big, you’re not going to be intimidated by anything. And you’re the boss. So I think that’s where I just think of a POV. It’s like, ‘Okay, I’m not going to care about what anyone thinks, so maybe I’ll be able to take my time a little bit more. Everyone’s going to listen to whatever I have to say. So I don’t care. Right. That helps me, the physicality informs the visualization of my perspective on how I talk to other people.

So that’s fun, but it’s also fun playing a villain. Villains are the same thing as good guys. It’s just how they view the world, right? It’s just a matter of POV because in the villain’s mind, what they’re doing is right. They think they’re doing right to the world. So it’s all a matter of perspective. 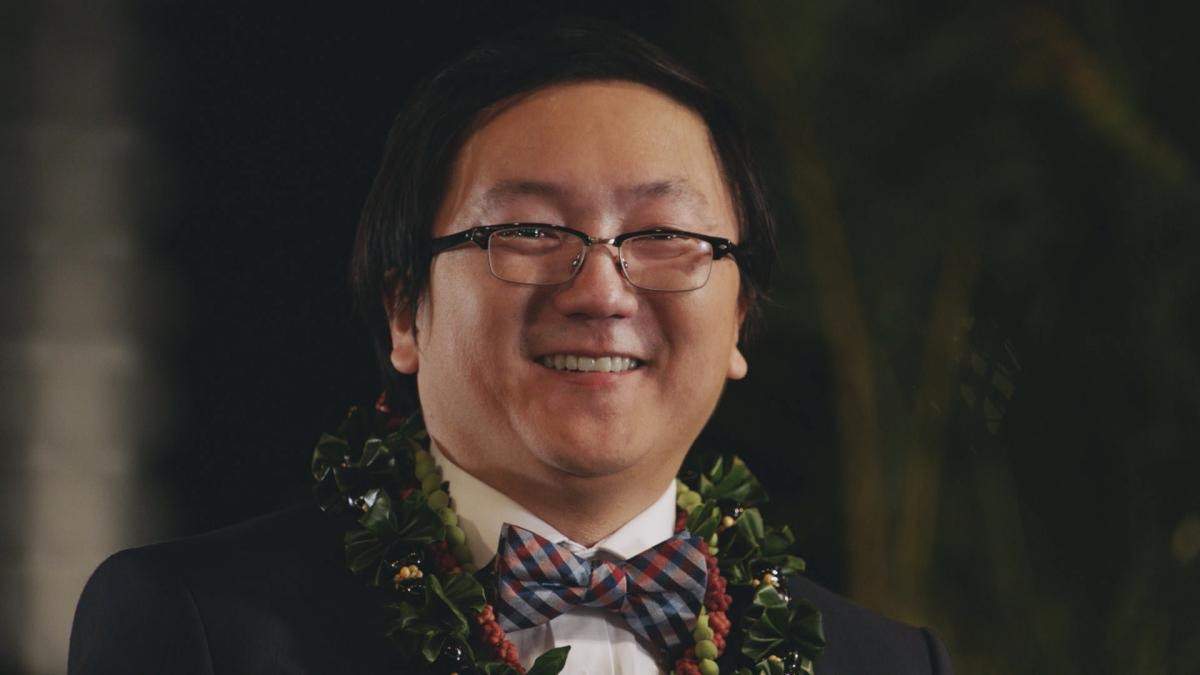 Q:  Did you draw your inspiration from any famous action villains?

Oka:  Not really. I guess I’m not really an action guy per se. [Kimura] tells people what to do, right? So [I tried] to think who would be a good [model] for that. There [are] all these Japanese westerns where you have the big boss who sits in the back [and] tells his henchmen go get him. And that’s pretty much my inspiration: the guy who doesn’t do anything, just watches all his henchmen And of course all the henchmen [die], and then he was like, ‘Okay, I’ll take care of you myself.’

Q:  Did you work out a backstory for Kimura?

Oka:  I worked out the backstory a little bit, yeah. I definitely want to always try and give depth to the character, especially because of what happens with the truth serum [in the movie]. So yes, there’s a little bit of a backstory. As an actor, with any character I approach, I definitely do that.

Q:  What are your thoughts on the theme of anti-violence in Spies in Disguise?

Oka:  I think a lot of times violence or fear comes out of a lack of understanding. I mean, I hate to use the word ‘phobia’ when you don’t understand another culture, but you’ve immediately rejected [it] and you say it’s bad. Most of the times you just don’t understand it. And then if you get to know more of that culture, [or] get to know more of that person, you realize they’re a lot like [you]. And so communication is important in terms of being able to express your ideas [and] who you are. You don’t have to agree with them, because there [are] so many different ways of thinking about the world. But the idea that [a] different way of thinking exists, [it’s] important to be open to that.

That’s where communication happens. And then it’s like, ‘Okay, we can agree to disagree, but at least I know I’ve heard where you’re coming from.’ And that allows me to understand and it goes back to [embracing] your awareness. One thing I always like to say when I teach kids improv and stuff, I always tell them ‘You are enough. You don’t need to be more than who you are because you are special yourself. That’s kind of like embracing your weirdness. It kind of goes with that.