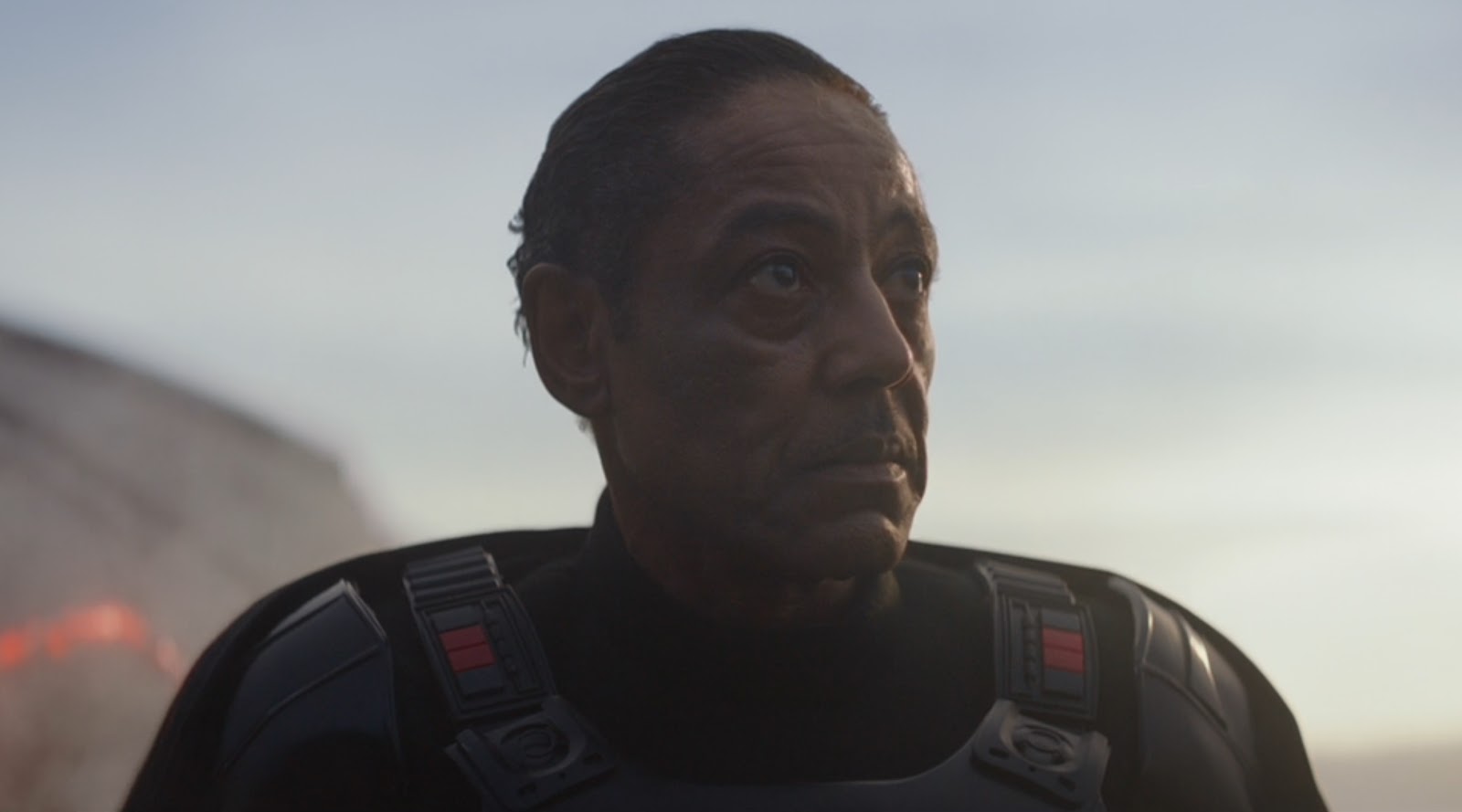 So you’ve seen the first season finale of the Disney+ live-action Star Wars series The Mandalorian, and your first thoughts in reaction to the final few shots are “What was that?” Don’t worry; you’re probably not alone. The closing moments of this episode revealed Giancarlo Esposito’s character to be in possession of a very specific, almost esoteric item from Star Wars lore– one which is likely unfamiliar to anyone not steeped in the knowledge of this franchise’s ancillary storytelling.

For those of you who have seen the current-canon animated series Star Wars: The Clone Wars and Star Wars Rebels, you are already aware of an ancient Mandalorian relic called the Darksaber. The Darksaber was a unique black-bladed lightsaber crafted by the first-ever Mandalorian (named Tarre Vizla) to be inducted into the Jedi Order over a thousand years before the events of the original Star Wars movie. 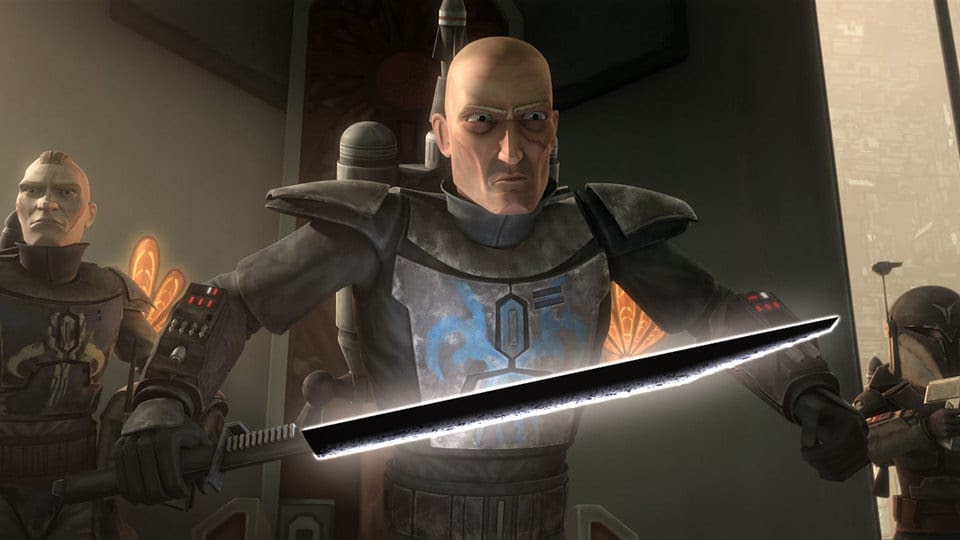 The Darksaber was stored in the Jedi archives on Coruscant until the fall of the Old Republic (which predated the Galactic Republic), after which it was passed down through generations of House Vizla, who became the leaders of a Mandalorian splinter group called Death Watch. Darth Maul also wielded the Darksaber for a period during the Clone Wars, after killing Tarre’s descendant Pre Vizla (the character not-so-coincidentally voiced by the multitalented The Mandalorian creator Jon Favreau in The Clone Wars). Maul used the Darksaber in battles against his former master Darth Sidious and separatist commander General Grievous, before it came to rest on his home planet of Dathomir.

Then, in Rebels, the Mandalorian Sabine Wren (a crew member on the Rebel Alliance ship the Ghost) recovered the Darksaber from Dathomir and began training to use it under Jedi Knight Kanan Jarrus, who had survived Emperor Palpatine’s genocidal Order 66. She returned to Mandalore and utilized the weapon to defeat the Palpatine loyalist Viceroy Gar Saxon in a duel. She proceeded to turn the Darksaber over to another Mandalorian character named Bo-Katan Kryze, who she had deemed worthy of becoming the next Mand’alor– the title assumed by the leader of the Mandalorian people. Now, as we discovered at the end of The Mandalorian season one, the Darksaber is in the menacing grip of Moff Gideon, a former Imperial security agent who rose through the ranks to command a legion of stormtroopers. We don’t know how he came to acquire it or if he knows how to wield it in battle, but we do see him use the sword to cut through the canopy of his crashed TIE Fighter. Aside from having a unique look and sound compared to other lightsabers, the Darksaber also responds to its user’s emotional state and has the ability to magnetically draw other lightsaber blades, making it a useful parrying tool in hand-to-hand combat. Will we see Gideon use the Darksaber against a foe later on in The Mandalorian? I can think of one adorable Force-user introduced in this series who might make a worthy opponent…

Episodes in which the Darksaber has appeared:

For more on the backstory and mythology of the Darksaber, also be sure to read the Darth Maul: Son of Dathomir graphic novel from Marvel Comics and Lucasfilm Publishing.