Video: Looking Forward to the 20 Biggest Disney Things Coming in 2020 Happy New Year… ‘s Eve! As we say goodbye to 2019 and hello to 2020 tonight, let’s look ahead to the 20 biggest things coming from Disney over the next calendar year, as voted on by the Laughing Place staff.

And here’s a breakdown of all the items we came up with that made the list: 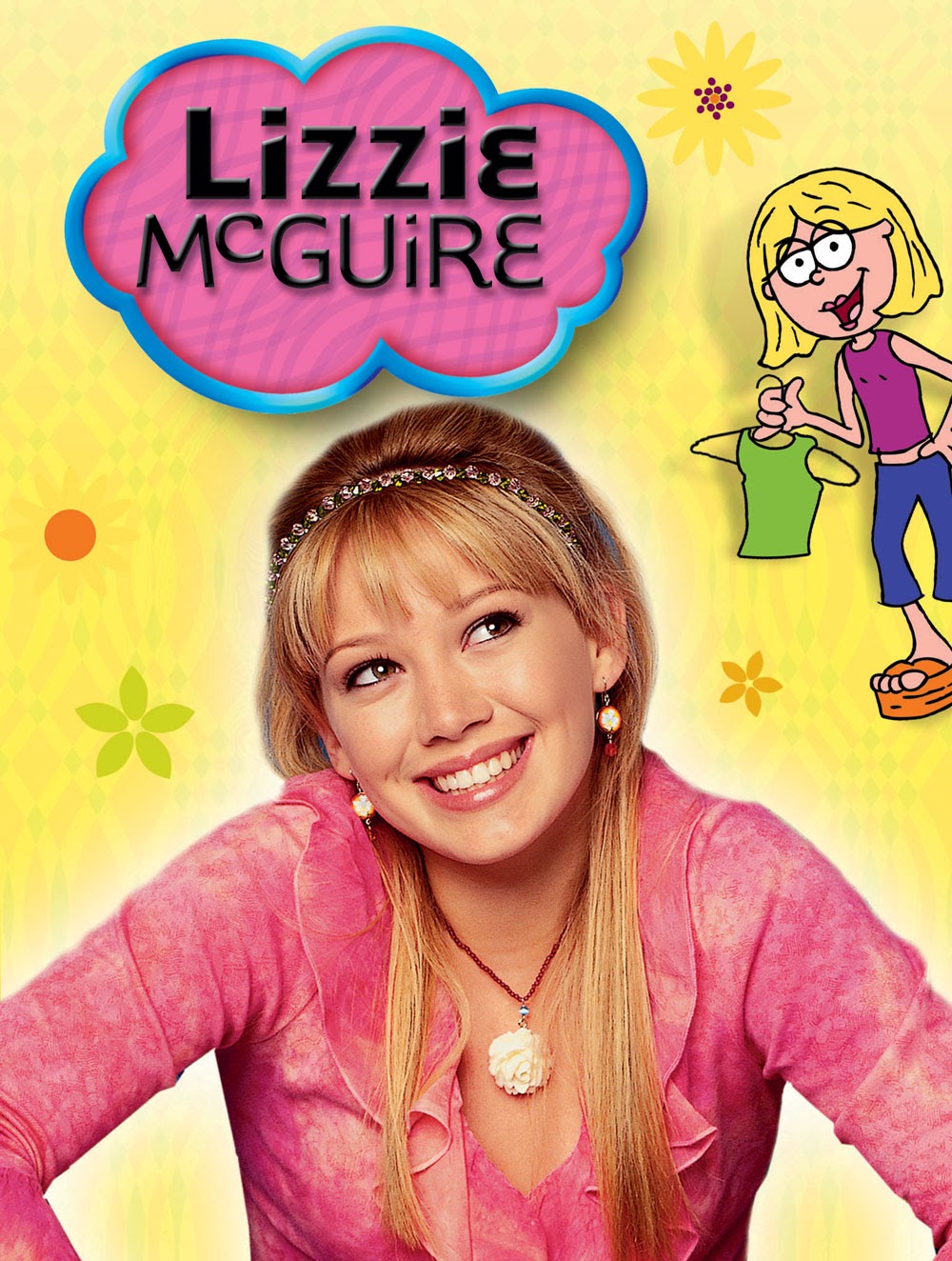 Yes, former Disney Channel star Hilary Duff is reprising her role as the young woman who first won the heart of basic cable viewers in a series that ran from 2001 through 2004, not to mention a 2003 theatrical movie. Lizzie is now 30 years old and works as an apprentice to an interior decorator in New York, but must return home to Los Angeles.

As tumultuous as the Star Wars fandom can be, it’s always nice to have it come together in a positive way via the semi-annual (though irregularly scheduled) Star Wars Celebration official fan event. This year, the festivities will be held just across the street from Disneyland Resort, where Star Wars: Galaxy’s Edge welcomes guests daily. 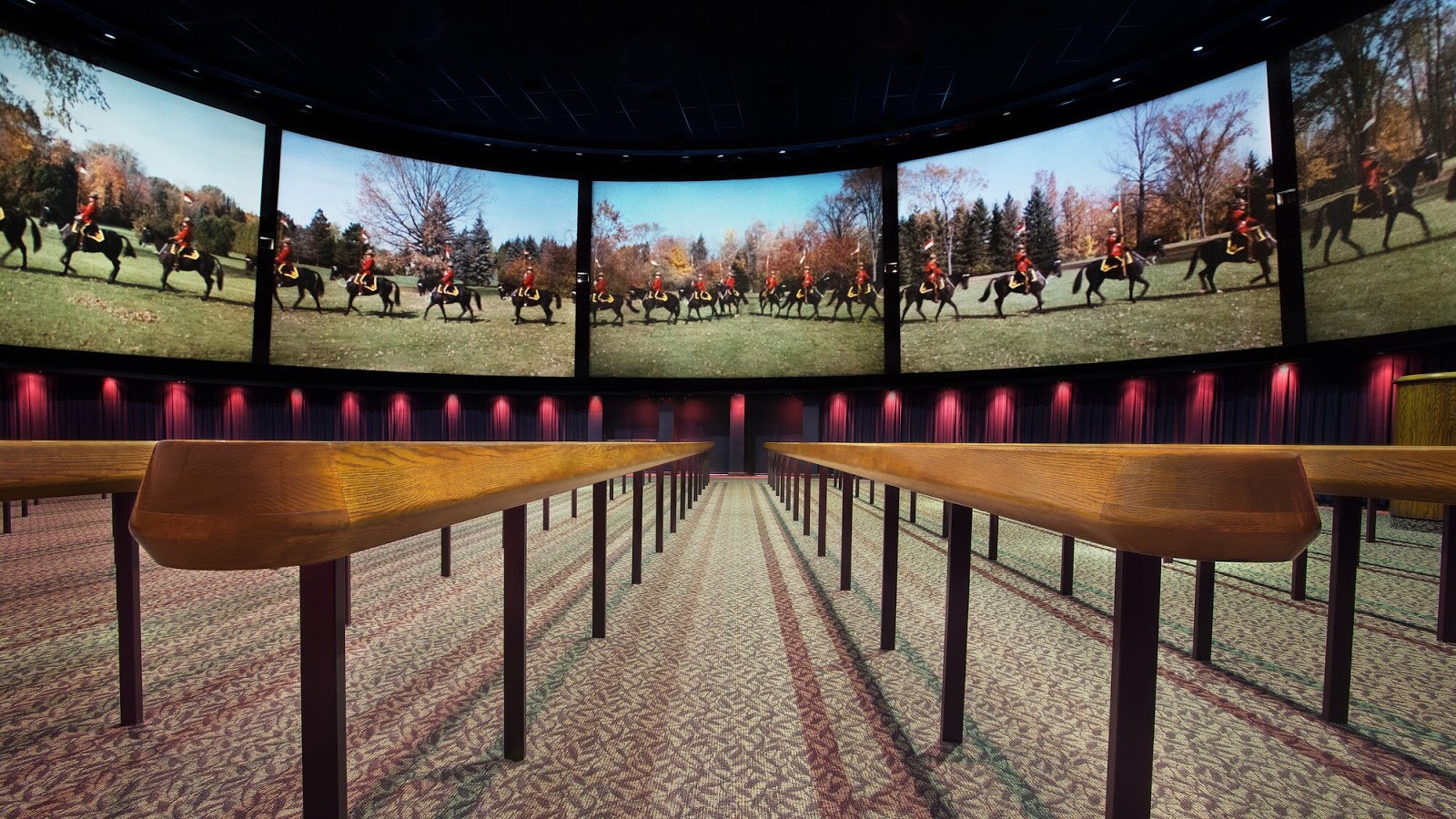 The cherished Circle-Vision 360 film “O Canada!” premiered with the opening of Epcot in 1982, with an updated version opening in 2007 at the park’s Canada Pavilion. Now “Canada: Far and Wide” will replace it, with a new musical score by Canadian composer Andrew Lockington and narration by actors Catherine O’Hara and Eugene Levy. Since its release in 1998, Disney’s animated Mulan has cultivated a devoted audience of enthusiasts, which means it was about time the company gave the movie the live-action treatment. Director Niki Caro (Whale Rider) and star Liu Yifei (The Forbidden Kingdom) are sure to deliver the excitement and emotion expected from this treasured story.

Walt Disney Animation Studios’ 59th animated feature is still very much steeped in mystery, but we do know it is being directed by Paul Briggs (voice of Yama in Big Hero 6) and Dean Wellins (supervising animator of The Iron Giant), with a cast that includes the talents of Awkwafina (Ocean’s Eight) and Cassie Steele (Degrassi: The Next Generation). While the original iteration of Disney’s Hotel New York opened with Disneyland Paris (then called Euro Disney Resort) in 1992, this newly reimagined version will feature a completely new design inspired by the Marvel Cinematic Universe. The rooms will reflect Tony Stark’s sophisticated tastes, and eye-catching art displays will fill the lobby.

This new space-themed restaurant invites you to dine among the stars in Epcot’s Mission: SPACE pavilion. You’ll enter the location via a special space elevator that ascends 220 miles straight up, and as you dine, you’ll peer out through port glass windows to enjoy amazing daytime and nighttime views of Earth and its surroundings. Stars Dwayne Johnson (Moana) and Emily Blunt (Mary Poppins Returns) are embarking on the adventure of a lifetime with director Jaume Collet-Serra (The Shallows). Inspired by the classic Disney theme park attraction, this sure-to-be-blockbuster sees a riverboat captain taking a scientist on a mission to locate the legendary Tree of Life. Over a decade in, the Marvel Cinematic Universe is still on a roll, and Marvel Studios is looking to pick up even more steam after the climactic events of Avengers: Endgame with two universe-building installments this year. The biggest question mark of the pair is The Eternals, which features a killer ensemble cast led by Angelina Jolie (Maleficent). 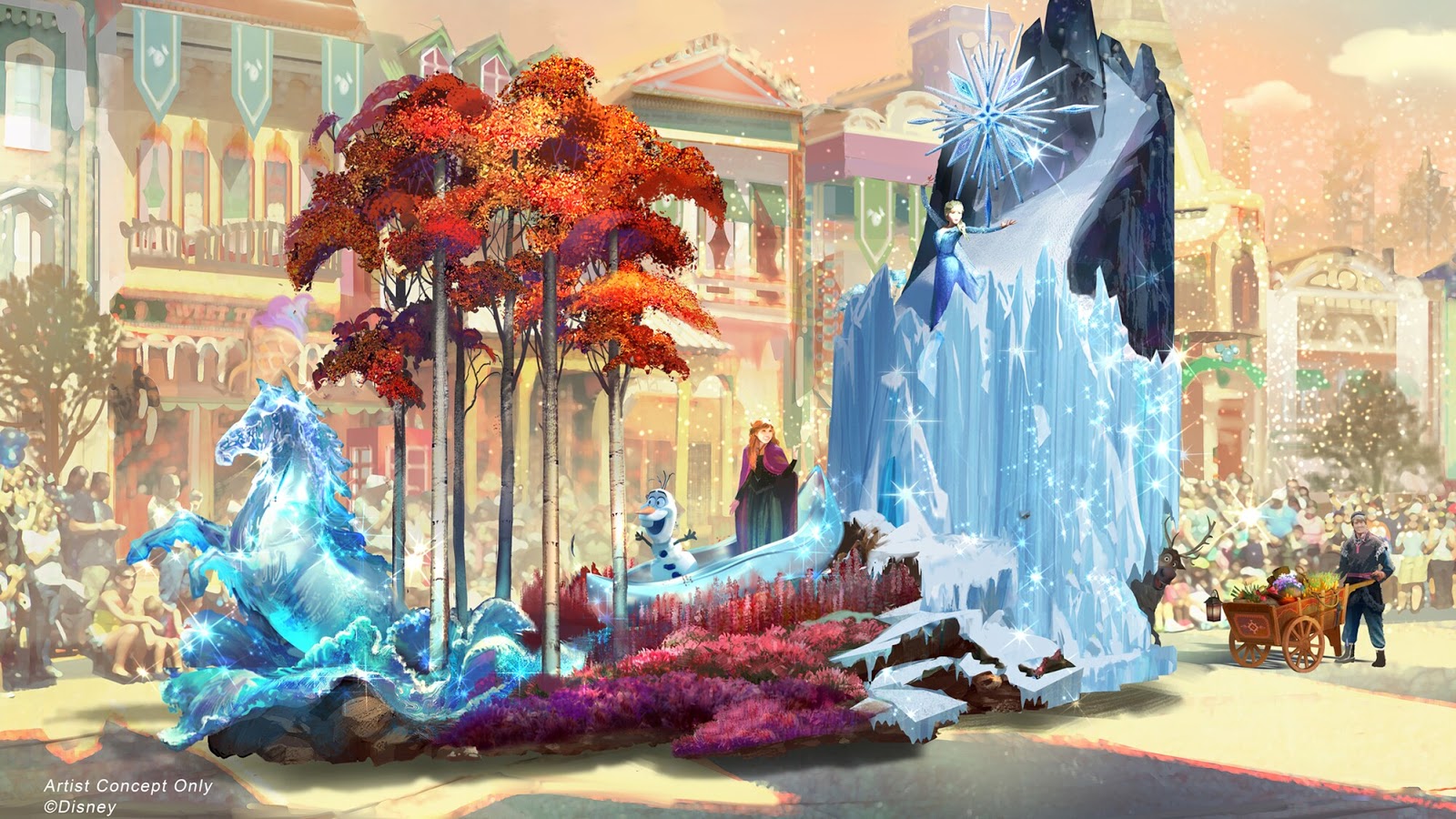 Disneyland’s latest jaw-dropping daytime spectacular stars (who else?) Mickey Mouse, as he leads a cavalcade of fabulous floats down the parade route at the Happiest Place on Earth. Plus, a brand-new song co-composed by singer-songwriter Todrick Hall helps bring some of your favorite Disney tales to life like never before. The latest CGI-animated feature from the storied Pixar Animation Studios, Onward tells the tale of two brothers played by Tom Holland (Spider-Man: Homecoming) and Chris Pratt (Guardians of the Galaxy) who live in a suburban fantasy world populated by mystical creatures. Together they embark on a quest to reunite with their long-lost father. 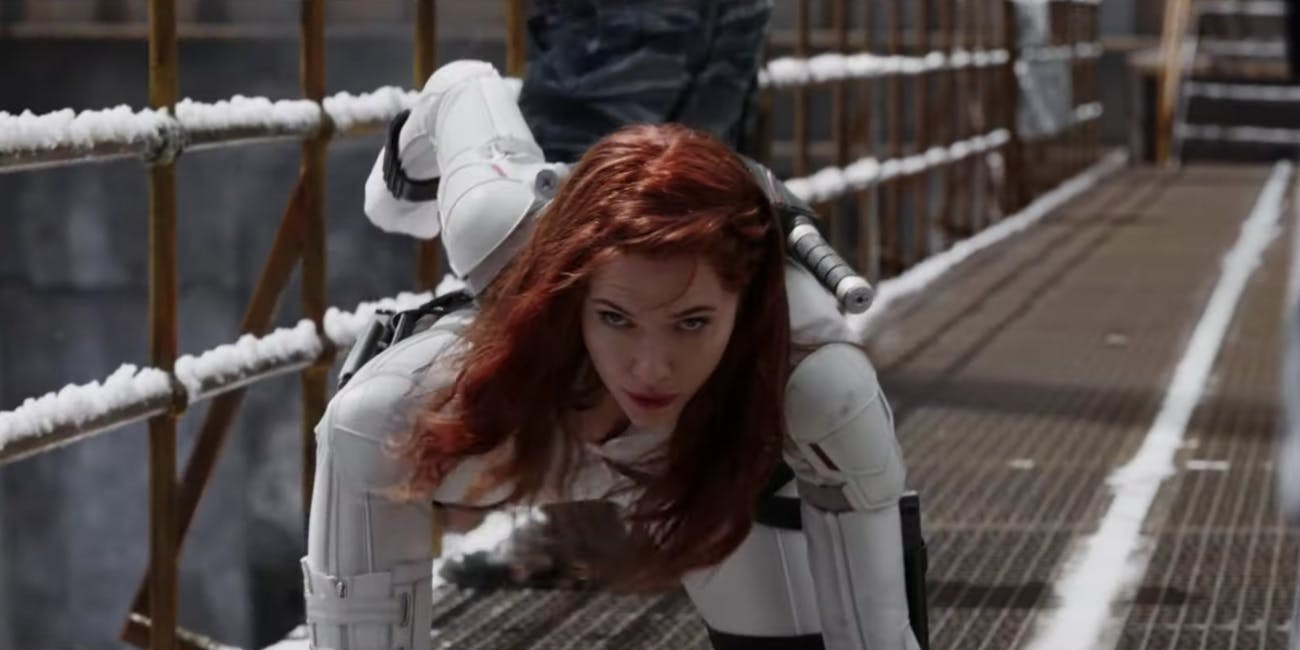 The first MCU movie set to hit theaters in 2020 is Black Widow, which has Scarlett Johansson (The Avengers) reprising her role as super-spy Natasha Romanoff in her first solo outing. Other cast members include David Harbour (Stranger Things) as Red Guardian and Florence Pugh (The Falling) as Yelena Belova. The largest nighttime spectacular ever created for a Disney park, “HarmonioUS” will celebrate how the music of Disney inspires people the world over, carrying guests away harmoniously on a stream of familiar Disney tunes reinterpreted by a diverse group of artists from around the globe. 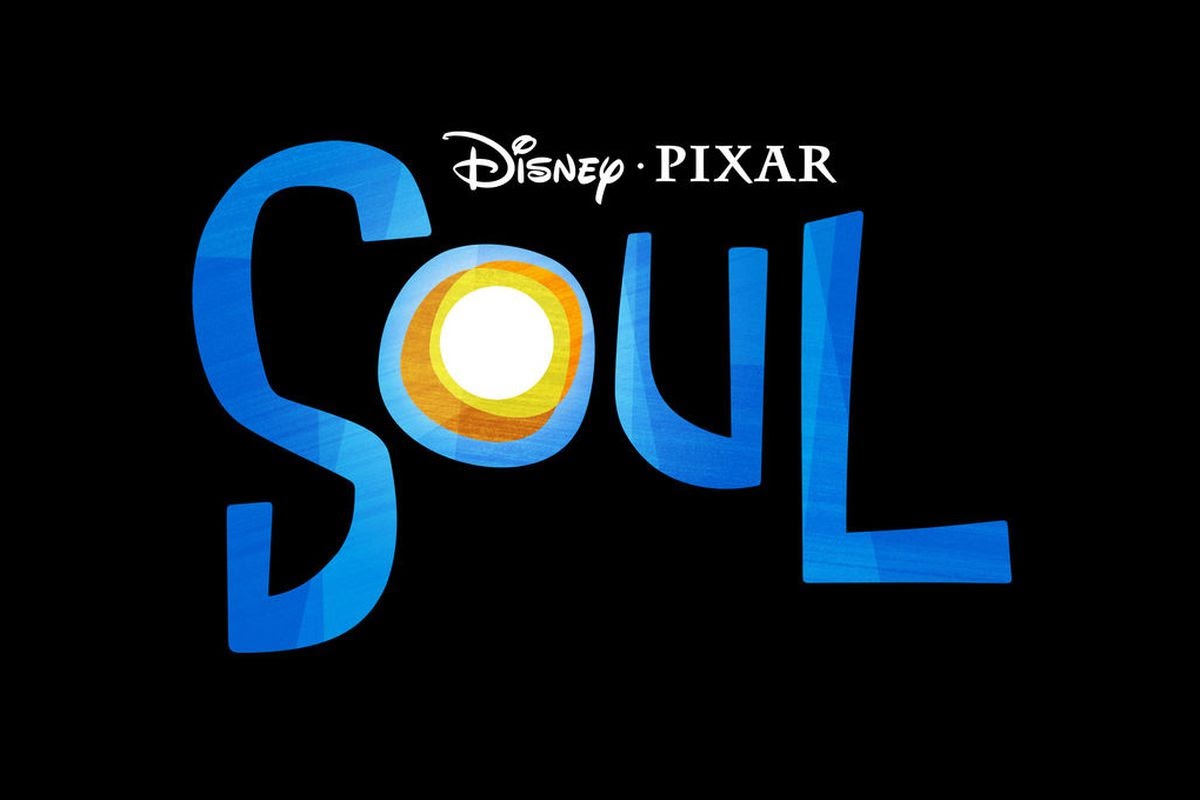 We’re getting two original Pixar movies in one year? How lucky can we be? This one, co-written and directed by the studio’s current creative lead Pete Docter, stars Jamie Foxx (Django Unchained) as a middle school teacher with a deep passion for jazz and Tina Fey (30 Rock) as… well, a soul. Can’t wait! Marvel Television is dead; all hail Marvel Television! Disney+ is about to usher in an all-new era of storytelling within the Marvel Cinematic Universe on the small screen, and the first content coming to fans is The Falcon and the Winter Soldier, which reunites stars Anthony Mackie and Sebastian Stan as super-buddies Sam Wilson and Bucky Barnes.

#4: Enchanted Tale of Beauty and the Beast (Tokyo Disneyland) – Spring This state-of-the-art dark ride features incredibly lifelike animatronic figures of Belle, Beast, and dozens of other beloved characters as guests are taken on a musical tour through provincial France. The result is sure to be representative of what happens when Walt Disney Imagineering is given creative reign and a substantial budget. Sure, Episode IX just came out, but the Star Wars content most people were talking about this year was undeniably The Mandalorian, which introduced a bunch of new characters (including, of course, Baby Yoda AKA The Child, as pictured above) and delivered eight episodes of action and pathos. We can’t wait to see what comes next. 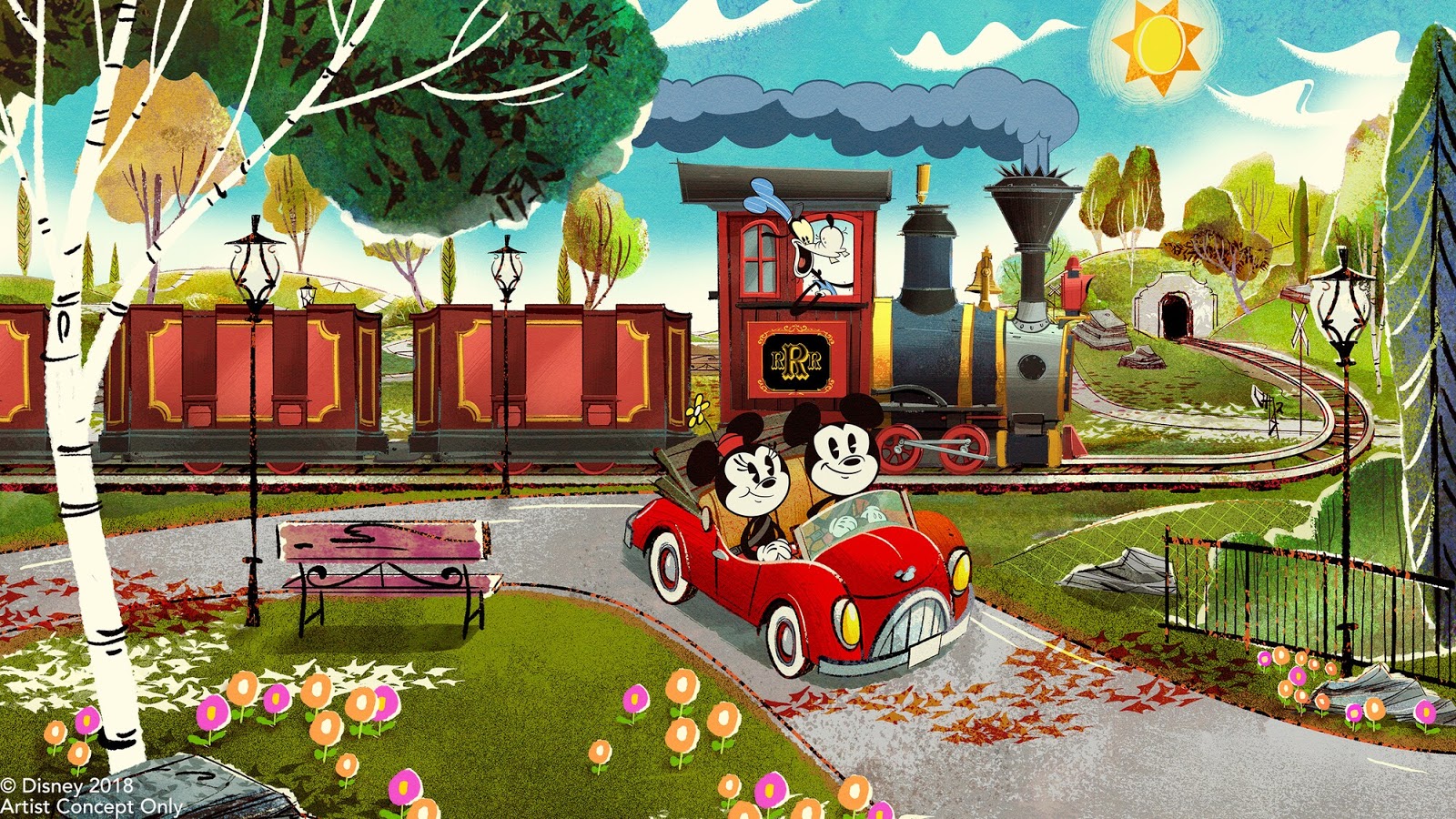 Alright, we admit it. This one was on our list last year, too. And though the first-ever Disney ride-through attraction starring Mickey and Minnie Mouse has seen some delays, we’re still incredibly excited to finally see what the Imagineers have up their sleeves for this experience. Hope it’s worth the wait!

This is the big one, folks. Marvel superheroes are finally getting their own dedicated land within a Disney theme park, and it’s happening in California. We’ll get the Spider-Man Slingshot attraction, the “Doctor Strange: Journey Into the Mystic Arts” live show, and the Pym Test Kitchen first, followed by an E-ticket Avengers ride at a later date. 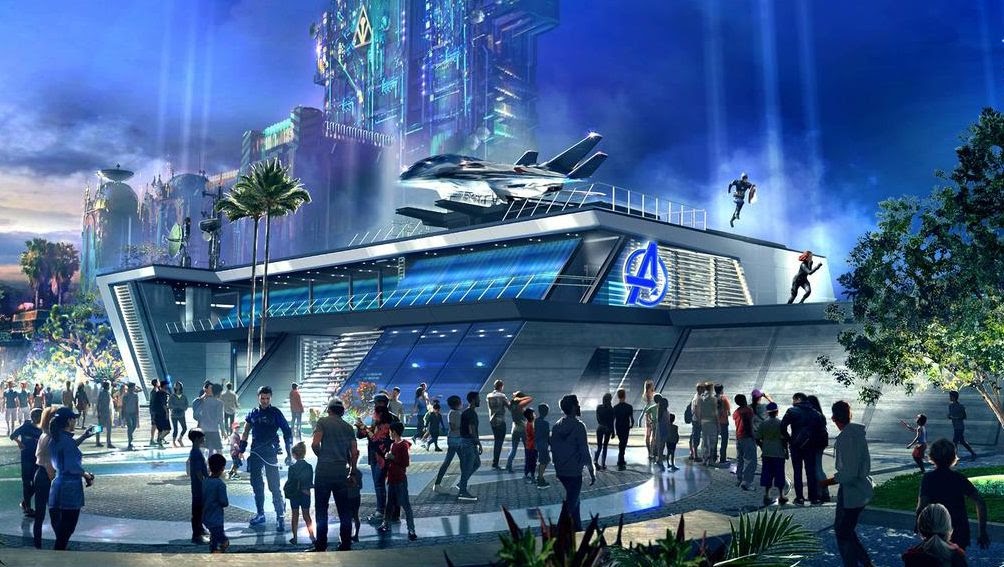 2020 is bound to be an exhilarating year for fans of all of Disney’s properties, including Marvel, Star Wars, Pixar, Disney Animation, Disney+, Disney Parks, plus live-action and animated films from 20th Century Fox and beyond. Here’s a handful that didn’t quite make our cut: