Join us, ‘cause it’s time for Pippin! Encore is tackling another Stephen Schwartz musical this week, with the introduction of the Leading Player and this troupe of performers here to share a special show with us. Do I fully understand Pippin? Nope. Does anyone? I’m not sure! Let’s go! Based on: the fictional life of Pippin the Hunchback, son of Charlemagne

Best Song, as decided by me alone: “Magic to Do,” I guess?

Here’s the tea: I don’t understand Pippin. I have tried to understand Pippin repeatedly. I have read so much about it, multiple synopsis, and I just don’t get it.  The show follows Pippin and his father, both of whom are real people, but the story present has no claim of truth whatsoever. Pippin struggles throughout the show as he tries to find meaning in his life and the world. The show is quite existential. I am clearly ignorant of it. RAD!

The show was initially created as a student production at Carnegie Mellon University. Ron Strauss and Stephen Schwartz worked on the project together, but when Schwartz wanted to continue working on is, Strauss left the project and Schwartz changed every single aspect of the show from its humble beginnings to its Broadway run.

The show premiered at the Imperial Theater in 1972 and ran for 1,944 performances before closing in June of 1977. The 2013 Broadway revival was also quite successful, winning the Best Revival Tony and running for almost two years. Both Ben Vereen and Patina Miller won Tony Awards for playing the Leading Player in their respective productions, becoming the first people of differing genders to win a Tony for the same role. 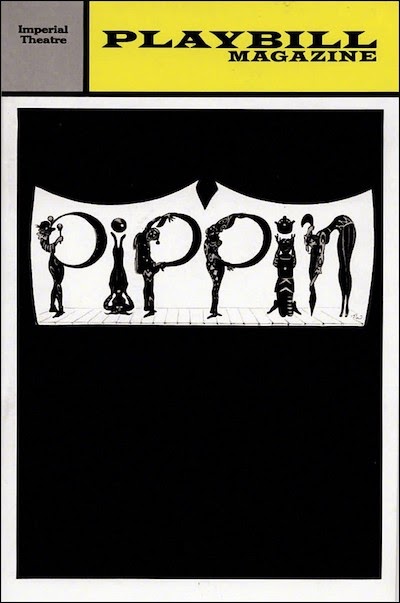 The Disney connection is, unfortunately, the same as for Godspell. Stephen Schwartz has had a successful Disney career, writing with Alan Menken for Pocahontas and Hunchback, among other things. Check out the Godspell piece for more on Mr. Schwartz.

While technically not a Disney Theatricals production, Patina Miller (the revival’s Leading Player) led the original London and Broadway casts of Sister Act the musical, picking up her first Tony nomination. Ben Vereen, the original Leading Player, picked up an Emmy nomination for his work on ABC’s famed miniseries Roots in 1977.

Here’s to this kooky show and the school for putting it on originally, allowing Encore to revisit it decades later. I leave you with Andrea Martin on a trapeze in the revival.