In November of last year, Disney made a splash by launching its own streaming service, Disney+. As it turns out, they just barely beat the trend as 2020 promises to be the year of the streamers. But, while offerings from existing entertainment players such as HBO Max and Peacock may be the headliners, the crown for the most intriguing platform has to go to Quibi. Thankfully, after months of teases and tidbits, the company gave us a closer look at the service during a keynote presentation earlier today. Personally, I first heard about Quibi when it was announced that ESPN would be producing an original show for the platform. It was also then that I learned that one-time Walt Disney Studios chairman turned DreamWorks co-founder Jeffrey Katzenberg was behind this service, joining forces with former Hewlett Packard CEO and California governor runner-up Meg Whitman. Although the ESPN tie-in and Mr. ‘K’ in SKG leading the way were enough for me to put the Quibi’s keynote on my CES agenda, apparently Whitman wanted to make my job just a little bit easier by mentioning Walt Disney mere moments into her opening remarks. She explained how Walt purchased eight sound oscillators for production on Fantasia, helping to launch her former employ, HP.

But enough about Disney — what is Quibi? First, an invented word that mashes together the two parts of the phrase “quick bites.” It also happens to be an upcoming streaming service that will traffic exclusively in short-form content. According to Katzenberg, the idea came to him in part thanks to the best-selling novel The Da Vinci Code by Dan Brown. While the book itself is quite lengthy, the chapters are remarkably short, averaging less than five pages. This got him thinking that, in today’s on-the-go world, consumers were in need of high-quality entertainment they could fit into their spare moments. Moreover, all of the content will be tailor-made for consumption on mobile devices. 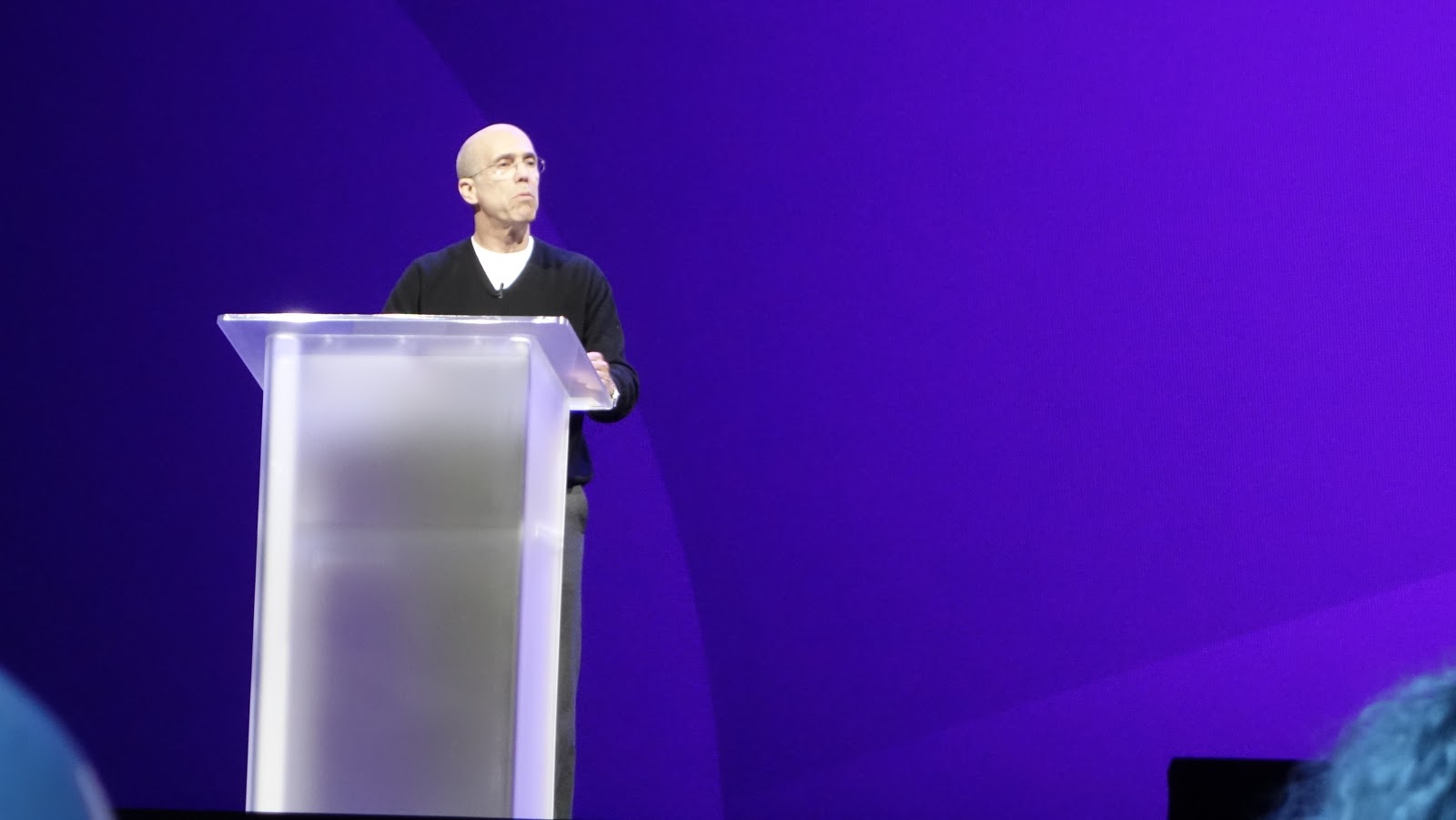 To that point, perhaps the biggest reveal during the keynote presentation was the company’s Turnstyle technology. This new format will allow viewers to enjoy an optimized experience regardless of whether they hold their device in portrait or landscape mode. In fact, there can even be benefits in switching between them. As shown on stage, some content will feature variations of a shot depending on the screen’s orientations while other projects will take things a step further, allowing users to switch perspectives just by rotating their device. That idea was on full display (no pun intended) when a clip was shown for “Nest,” demonstrating the portrait mode would display footage from the protagonist’s video doorbell, smartphone camera, and etc, while watching in landscape mode would show a more traditional thriller.

While all this might sound simple enough, Quibi explained some of the innovation that went into it. For one, each piece of content on the platform needs to include both a landscape-optimized and portrait-optimized cut. Then, these two are merged into one file that will seamlessly stream for users. Naturally, the company says they’ve filed a patent on this technology. 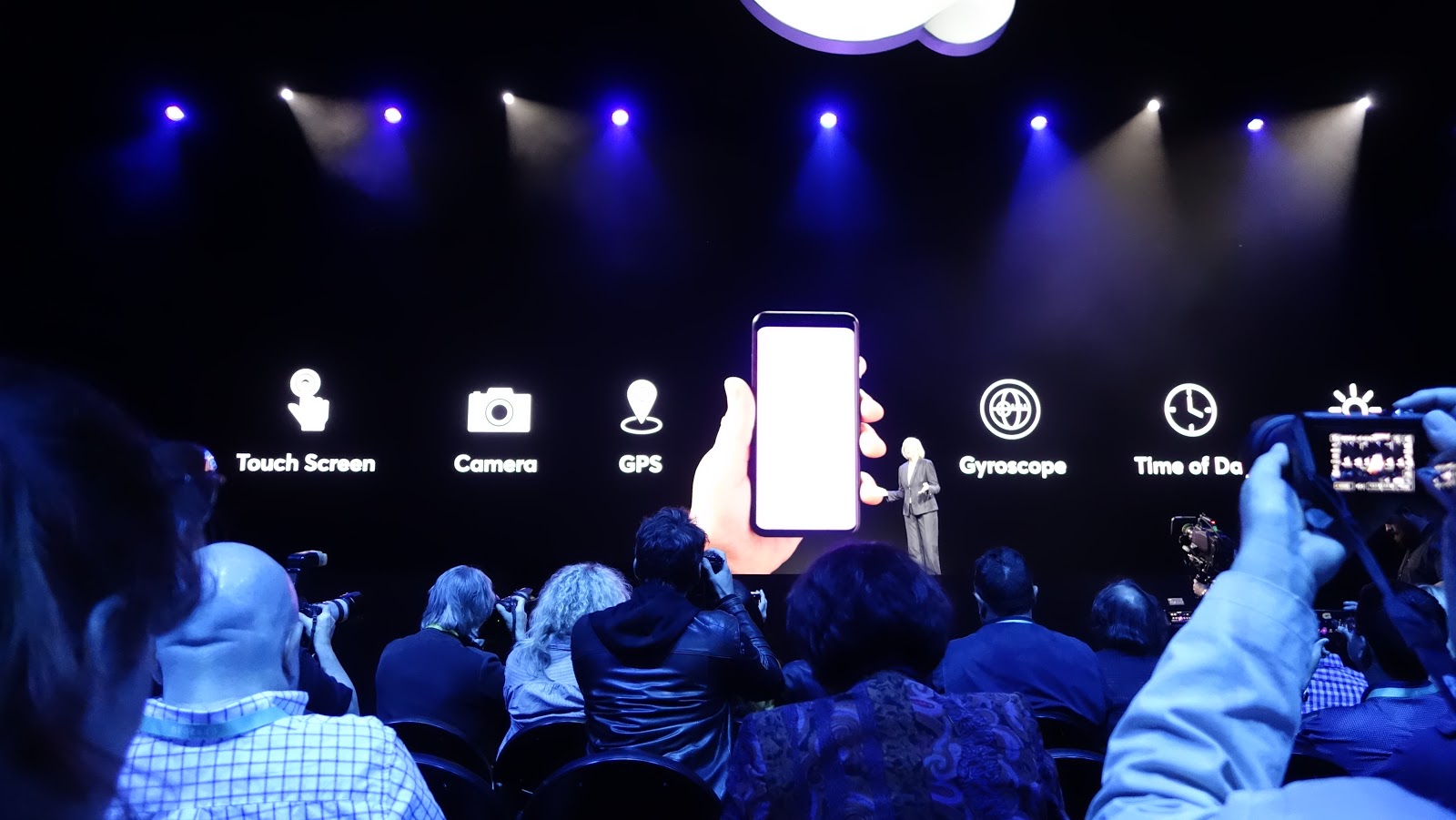 Beyond Turnstyle, Quibi also offered a few examples of how the service will take full advantage of the features a smartphone offers. For example, Whitman shared that acclaimed director Steven Spielberg asked the team if it would be possible to create a horror/thriller that could only be viewed after dark. Sure enough, since your phone has such data as the time, your location, the time of the sunset in that location, and more, the answer is “yes.”

Of course, as great as these gimmicks (for lack of a better word) may be, something that both Katzenberg and Whitman emphasized was the talent they had already recruited to create content for the service. After sneaking a peek at the roster so far, it’s quite easy to see why that is. In addition to the aforementioned Spielberg, there were plenty of familiar faces to be found among the photo collages the company projected during the presentation. This even included a few stars with notable Disney connections such as Disney Legend and LP Disney Person of the Year Jon Favreau as well as Joe Jonas, the Russo Brothers, Kristen Bell, Keke Palmer, and of course Dwayne “The Rock” Johnson. 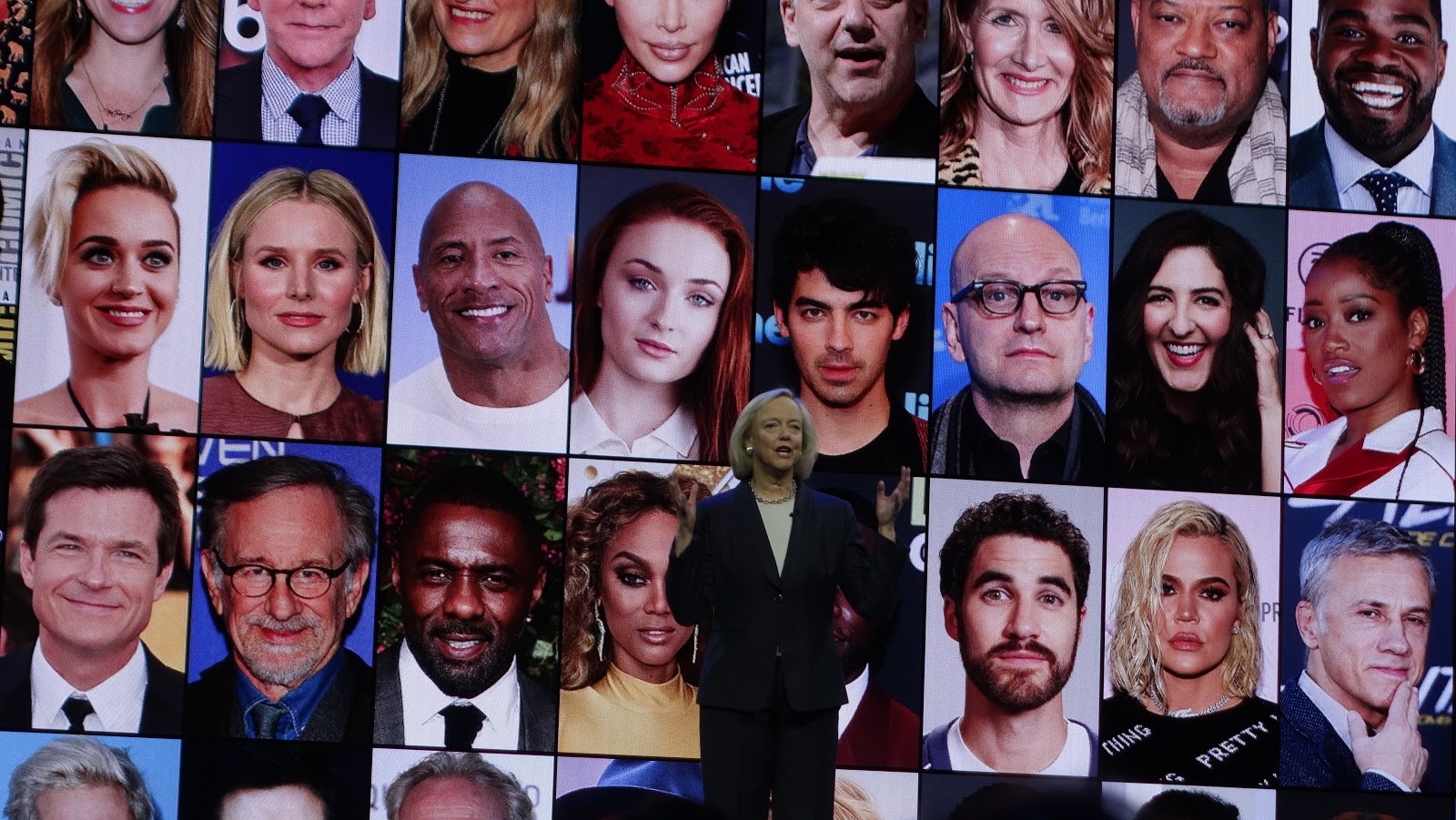 Since Quibi is billing itself as a premium content provider, it should be noted that the service won’t be free. Instead, Whitman revealed there will be two service tiers: an ad-supported model for $4.99 a month or an ad-free version for $7.99. Although that model might sound similar to Disney-controlled Hulu, there is a sizeable difference when it comes to ad load. As Whitman explained, users will be able to enjoy an hour of Quibi content while watching just 2.5 minutes of ads. Compare that to the 16+ minutes viewers of linear television typically endure (anecdotally, Hulu’s ad breaks can also be quite lengthy).

Ultimately, while Quibi may have proven their tech on the CES stage today, there are still some big questions about their content. As Katzenberg himself noted during the keynote, most of the talk surrounding streaming startups is about the library content they’ll offer whereas Quibi is taking an all-originals route. While the line-up of talent already attached is certainly impressive, it will be interesting to see how their originals are received — and whether there’s enough buzz to get consumers to fork over $4.99 a month or more. That said, with the service set to launch in April, we won’t have to wait too long to find out the answers.