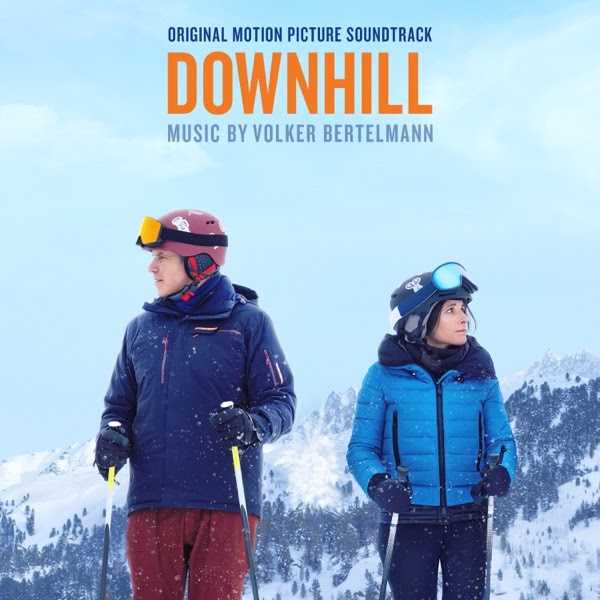 Downhill is now playing in select cities from Searchlight Pictures and the Original Motion Picture Soundtrack is now streaming. When I saw the film at Sundance, the music really stayed with me and I’m so happy to have the score from Volker Bertelmann available. It’s one of the most unique film scores you’ll ever hear.

Set in Switzerland, the score relies heavily on vocals, at times feeling reminiscent of Imogen Heap’s choral sound. There aren’t any lyrics and what makes it so unique is that the singers are performing something like a slow yodel for a lot of it. It creates a very hypnotizing and relaxing album. The vocals start the entire soundtrack on the first track, “Snow,” which presents the film’s main happy theme.

When the emphasis isn’t on the human voice, the score heavily relies on a mix of strings, even for percussion. When a beat is needed, it comes from plucking a harpsichord. Violins are incorporated for more somber or intense themes and a piano is occasionally used, but rarely.

The film is a comedy and the score reflects that lighthearted spirit more or less with bouncy, floaty themes that befit a family ski vacation. If you’re looking for a track that represents an assortment of all of the melodies, the closing track called “Roof Snow Dump” is the longest and includes nearly all of them. The track with the most amount of tension is called “Bobsled Run,” which starts with a tense string arrangement that transitions into one of the lighter vocal themes.

I really love the score from Downhill and I highly recommend it to film score fans, whether you’re interested in seeing Downhill or not. I will be watching Volker Bertelmann’s career closely after this unique masterpiece.