Universal Studios Florida played host for the Canine Companions for Independence (CCI) graduation this morning. During the ceremony, 32 puppies matriculated into professional training in hopes of one day becoming assistance dogs while 13 other dogs were paired with their new partners who they will assist and help to live a more independent life. 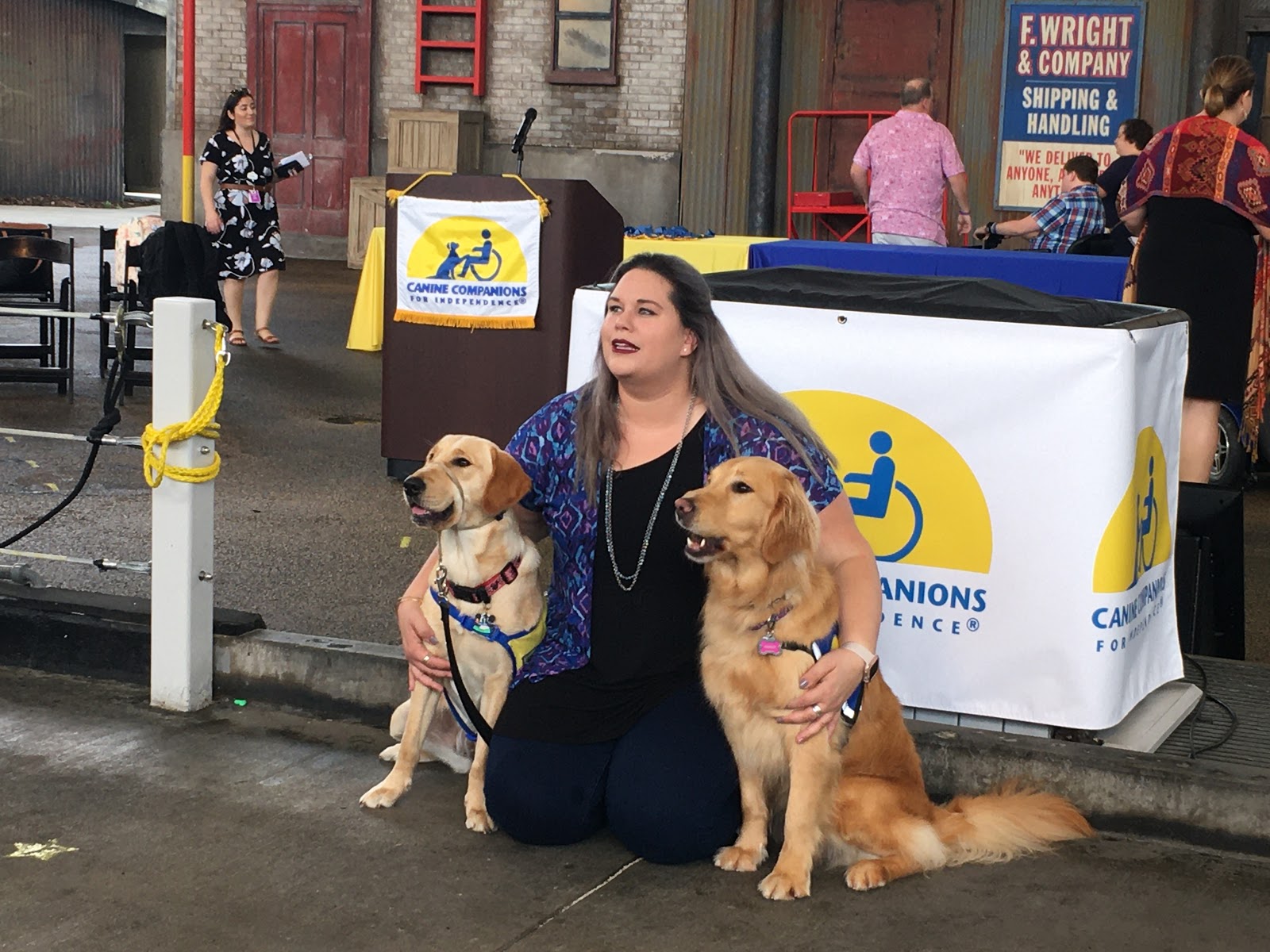 Canine Companions for Independence is a non-profit organization that enhances the lives of people with disabilities by providing highly trained assistance dogs at no charge to the recipient. These dogs go through a process that starts with them being raised by devoted volunteer breeder caretakers until they are 8 weeks old. After that, they are cared for by volunteer puppy raisers for a year and a half.

After nine months of being raised by volunteers, the puppies enter professional training for another nine months before eventually being brought into team training, a two-week program where the dogs are professionally matched with a recipient and they learn to work together as a team. This graduation ceremony marked the jump from one step in that cycle to the next for the dogs, puppy raisers and the recipients.

The ceremony first saw 32 puppies move on to their professional training, as the puppy raisers walked them across the stage to receive their graduation ribbons. “Today is really about turning her in to professional training,” Cathy Fischer said. “And hopefully she goes on to be an assistance dog.”

Fischer is the ninth puppy Cathy raised for the program. She has been involved with CCI for 16 years and it all began when she attended a gala on behalf of Universal, which has been a supporter of CCI since 1997.

“We walked in an saw a room of dogs and started meeting the graduates and seeing what the dogs did and I knew I needed to be involved,” she said. “So I started participating and volunteering my time through Universal Orlando and from there we started attending the graduations and talked my husband into ‘we’ve got to do this, we’ve got to raise a dog’ and finally got him to agree and here we are 16 years later.” After the puppies and their raisers received their ribbons, it was time to celebrate the graduate teams with the passing of the leash ceremony in which puppy raisers handed the dogs off to the recipients whose lives they will touch forever.

“The best part is seeing the graduates get matched with their dogs,” Fischer said. “When you see that connection, for us, we got involved because we saw what a dog could do for an individual and we were always dog lovers and when we saw that connection we were just amazed that ‘wow, we can teach doges to do something like this’ and when you see the type of impact that they’re going to make, whether it’s to an individual or a community, it’s just so rewarding in itself.”

Seeing the dogs being handed over to their recipients and the joy it brought to everyone involved was truly an incredible experience. Universal Orlando has provided CCI with hundreds of thousands of dollars in donations as well as volunteer hours from team members who have helped to make this program possible.

Those volunteers were out selling CCI merchandise at the graduation and one of Universal’s most famous dogs was even out taking pictures with the graduates. “I really would love to offer my deepest gratitude to Universal Orlando Resort for hosting us,” Gooden said. “We are so very fortunate that Canine Companions for Independence is one of the many organizations that they support. Their generosity and love of our mission is truly incredible and by hosting this ceremony it makes for an even more extraordinary celebration.”

You can learn more about and get involved with CCI by visiting their official website.