That brings us to 2020 where things are shaping up much differently. Disney basically pumped all of its IP into 2019, leaving us with no true sequels this year and a lot of original content from the company. Disney hasn’t had a year that looked like this one since the early 2010s and the early days of the Marvel purchase, so I’m pretty excited about all of these new stories that they get to tell. That being said, these films will most likely not be box office juggernauts, so it will be fascinating to see how the box office shapes up this year, starting with Disney’s first theatrical release of 2020, Onward. 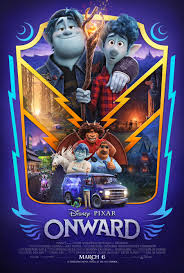 Onward is the first original Pixar movie since Coco in 2017, and from everything that I’ve heard about it, it sounds great. Pixar just continues to make hit after hit filled with heart, laughter and just pure joy. The way that they create films is so unique and effective, so I’m glad that they are moving back to original films. In fact, they also have Soul coming out in June, so we get two original Pixar films for the first time since 2015, though hopefully both of these movies turn out better than The Good Dinosaur.

As of now, the industry is projecting Onward’s box office for the weekend to be around $50 million. Though we’ve had our fair share of family films recently, I think people have been waiting for another Disney movie for a while. Reviews have been solid for the film with an 85% of Rotten Tomatoes and the marketing has been well-done too, so I think there is a good chance Onward pops a tad above that mark.

With that in mind, I’m predicting a total weekend box office of $52.8 million for Onward. 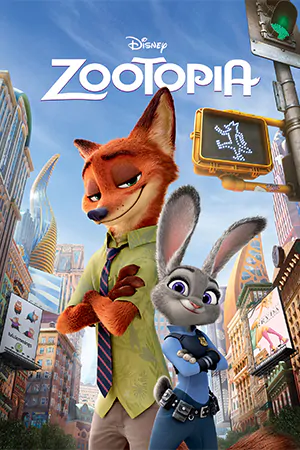 With the total weekend prediction handled, let’s take a closer look at how I think Onward will fare each day of the weekend. I’m not going to lie, Onward was a very difficult film to find comps for. Normally, it is not advisable to go much beyond three years when making box office comparisons, but with a dearth of original animated films being released in March, I needed to get creative.

Oz the Great and the Powerful isn’t an ideal comp, but it did release on this same weekend seven years ago and was a family film, so its day-to-day pattern was useful. The Lego Movie isn’t a Disney movie, but it was a late-winter original animated release, so its day-to-day pattern was also very close to what I could expect to find with Onward. I’ll be honest, Inside Out is not a great comp. It was a summer release which plays completely differently than a March release, so I used it more as an example of what not to do. Finally, we come to the perfect comparison, Zootopia. Released on the same weekend four years ago as an original animated film, there are a lot of parallels between Zootopia and Onward, so that weekend is the general framework that I followed the most.

With the exception of Inside Out, the films all followed the pattern of a huge increase on Saturday before a decent-sized Sunday decrease. With not many schools on spring break yet, I see Onward following that same pattern like so many family films, with Saturday and Sunday being the best days to head to the cineplex.

Putting it all together, I’m predicting a $14.3 million opening day for 27% of the weekend, so playing just a bit above Zootopia and The Lego Movie, just because I think Onward has slightly more adult appeal. On Saturday, we’ll see a huge increase, for sure, and I’m thinking it’ll be somewhere around 53.4% to $21.9 million, representing 41.5% of the total weekend, right around average. Then, we come to Sunday, where I foresee a 24% drop to $16.6 million or 31.5% of the opening weekend.

All in all, I’m sticking with my $52.8 millon prediction, though I think there is a good chance that it ends up anywhere within $5 million on each side of that value. Well, we’ll have to check in on Monday to see how Pixar’s newest film fared.